“Reborn Rich” is a new fantasy drama starring Song Joong Ki as Yoon Hyun Woo, a loyal secretary to a chaebol family. When he dies after being framed for embezzlement by the very family that he had faithfully served, he is reborn as the family’s youngest son Jin Do Joon, and he plots to take over the company out of revenge.

The newest stills show Song Joong Ki in both of his roles as Yoon Hyun Woo and Jin Do Joon, the two characters standing in stark contrast to one another as they seemingly lead completely different lives.

First there is Yoon Hyun Woo, the chaebol family’s loyal secretary and a member of the Future Assets Group. He is tasked with keeping the numerous scandals of the Soonyang Group family under wraps and away from the public’s prying eyes. Donning a crisp, clean suit and a pair of spectacles, Yoon Hyun Woo appears cool-headed and calm even as he deals with sensitive and dangerous work. 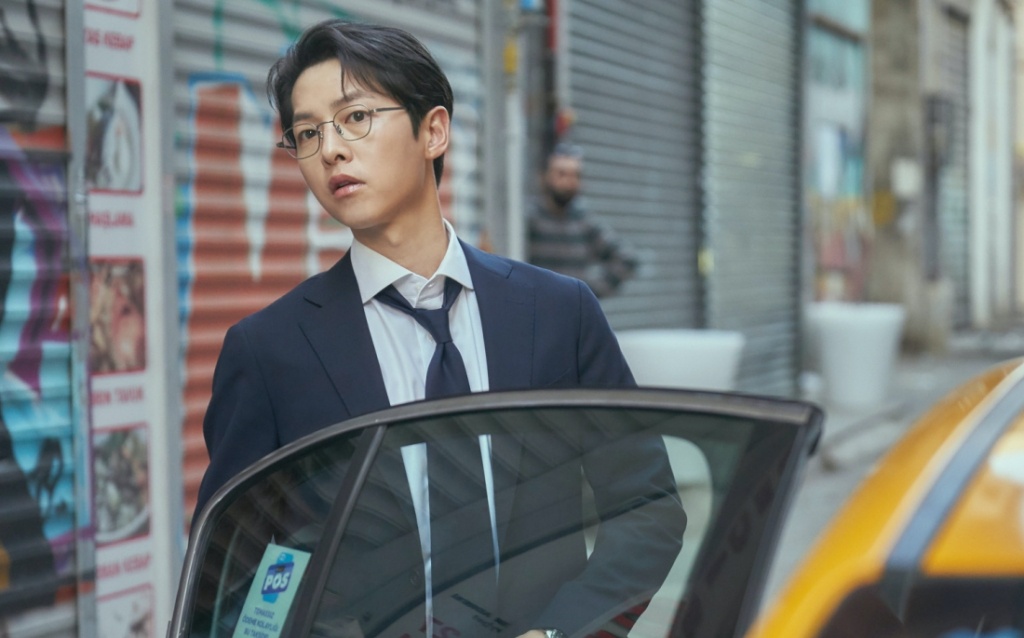 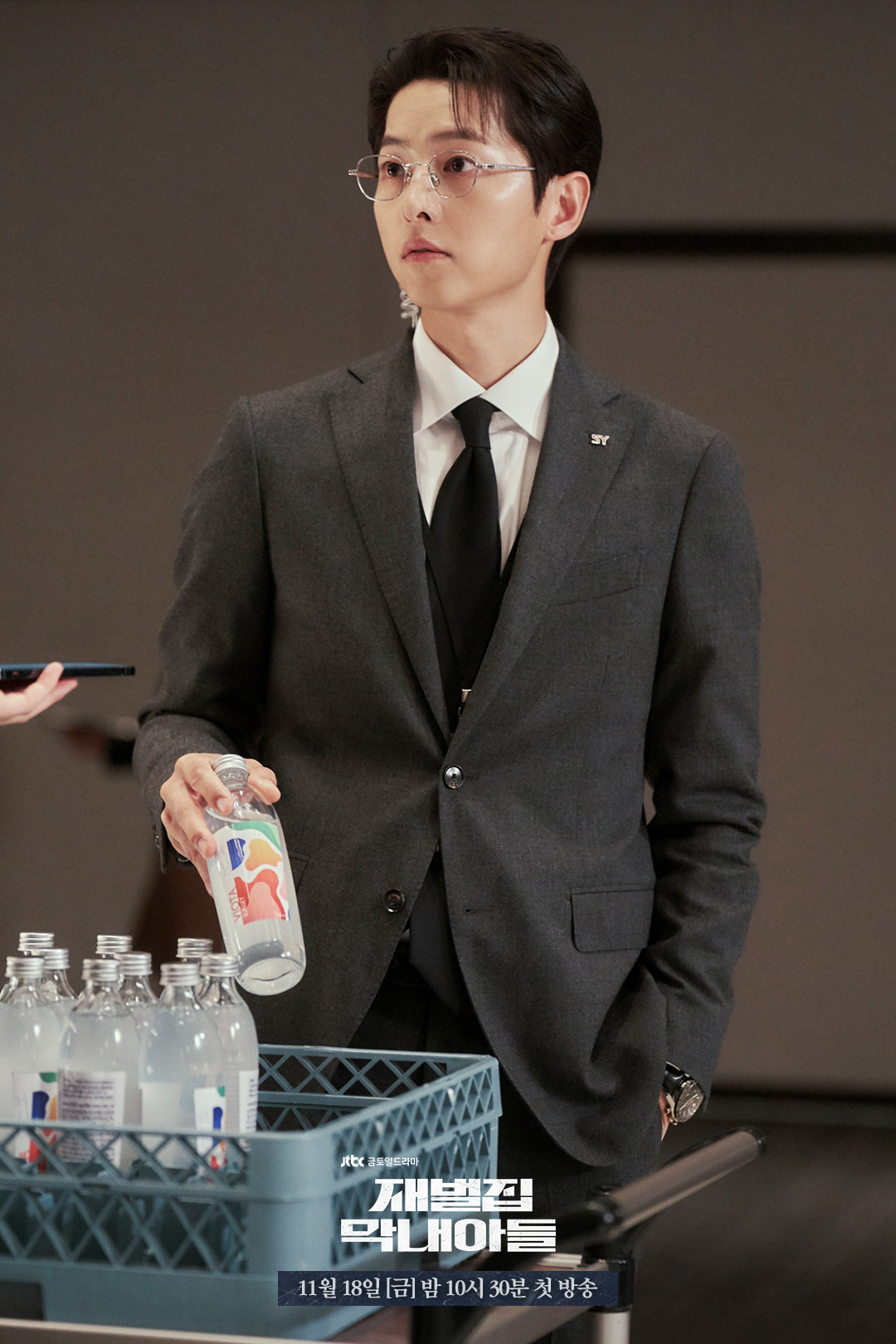 On the other hand, the reborn Jin Do Joon is the picture of peace, trading in Yoon Hyun Woo’s briefcase for a vinyl record as he lives the life of the grandson of Jin Yang Cheol (Lee Sung Min), the president of the Soonyang Group. With the way he is casually dressed as he walks with an air of ease around him, no one would ever suspect that Jin Do Joon has a plan of revenge brewing in his mind. 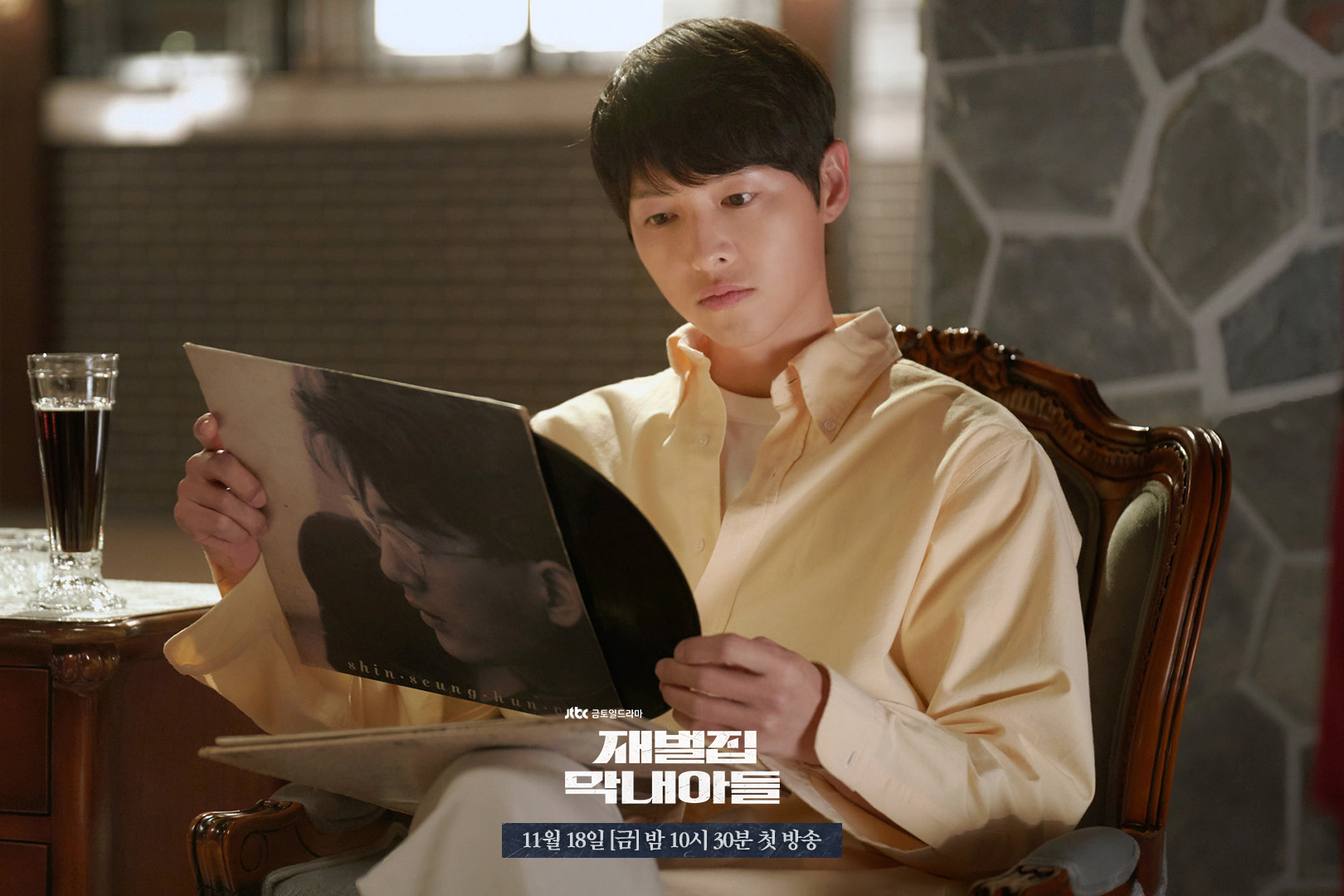 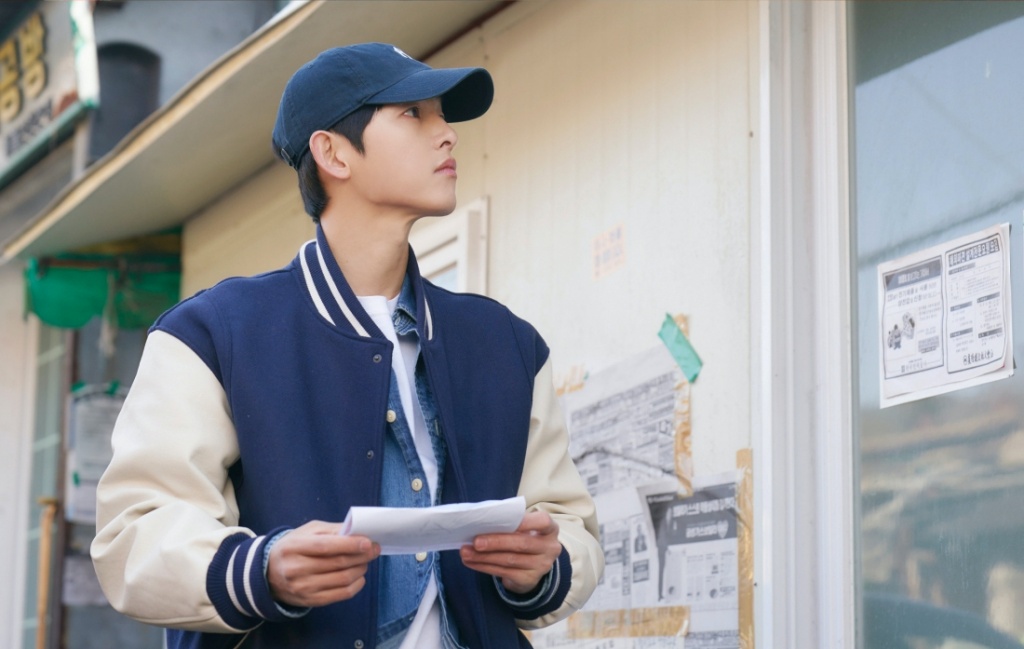 Song Joong Ki picked his relationship with writer Kim Tae Hee and the fascinating universe created in the drama as his main reasons for taking on this project.

About his portrayal of the two characters, he explained, “Because their names are different and they are living in different time periods, they may appear to be two different characters, but I acted as though they were one person because they are the same on the inside.” He went on to describe his characters in detail, introducing Yoon Hyun Woo as a man born into mediocrity who leads an average life, his lack of a family driving him to harbor a fierce ambition to succeed. On the other hand, Jin Do Joon gets to live a lifestyle not many get to experience as he goes about his days in a chaebol household.

Which version of Song Joong Ki are you most looking forward to seeing?

“Reborn Rich” premieres on November 18 and will be available with subtitles on Viki.

Also catch Song Joong Ki in “Descendants of the Sun“:

Song Joong Ki
Reborn Rich
How does this article make you feel?