After it was announced that RM would appear on “The Dictionary of Useless Human Knowledge” (literal title) alongside film director Jang Hang Joon as an MC, tvN has now made an official announcement stating that the first episode will broadcast on December 2.

Alongside the two MCs, four other notable figures are upping viewers’ excitement for the show. Novelist Kim Young Ha, professors Kim Sang Wook and Lee Ho, and Dr. Shim Chae Kyung will be providing expertise knowledge on literature, physics, forensics, and astronomy, as well as adding their own unique wit and charm to the topics of discussion brought to the table.

Along with the release date, tvN also unveiled the show’s official poster starring these six remarkable people. Representing all walks of life and various categories of knowledge, the chemistry between these six people is more than evident, and viewers are sure to get excited at the prospect of what is to come. 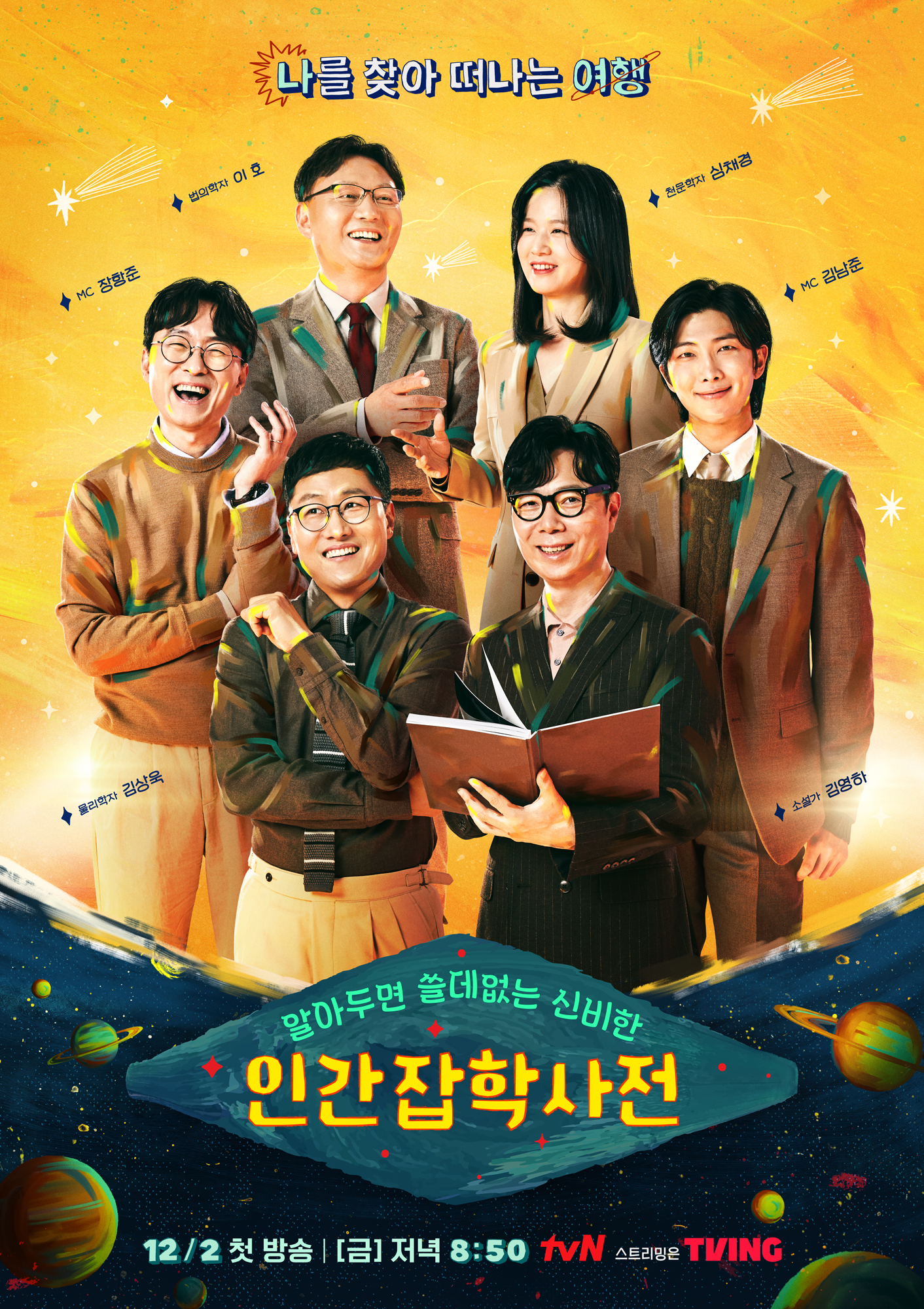 Finally, a short teaser introducing the six cast members was also released. Check out the teaser below!

“The Dictionary of Useless Human Knowledge” will premiere on December 2 at 8:50 p.m. KST.

While waiting, check out director Jang Hang Joon’s “Night of the Undead”:

BTS
jang hang joon
RM
How does this article make you feel?