Watch: 2PM’s Taecyeon And Jung Eun Ji Bicker Like An Old Married Couple Behind The Scenes Of “Blind”

After all the action and drama of “Blind,” the show has released a behind-the-scenes video that will be a welcome change of pace for viewers as they get to watch the stars joke around and have fun!

“Blind” is a tvN mystery thriller about ordinary people who unfairly become victims of crime—and ordinary people who inadvertently become perpetrators by turning a blind eye to justice. 2PM’s Taecyeon stars in the drama as Ryu Sung Joon, a detective in the violent crimes unit who is dangerously passionate about his work, while Ha Seok Jin plays his older brother Ryu Sung Hoon, a genius judge who tries to remain as cold and logical as possible when making judgments. Apink’s Jung Eun Ji stars as Jo Eun Ki, a social worker who becomes entangled with the two brothers after being selected as a juror for a murder trial.

The new behind-the-scenes video features just Taecyeon, Ha Seok Jin, and Jung Eun Ji, showing off the three stars’ chemistry both on and off camera. Taecyeon and Ha Seok Jin aren’t afraid to show off their cute sides, throwing in some aggressive pouts and exaggerated whining towards each other and Jung Eun Ji in order to get a good laugh out of everyone. 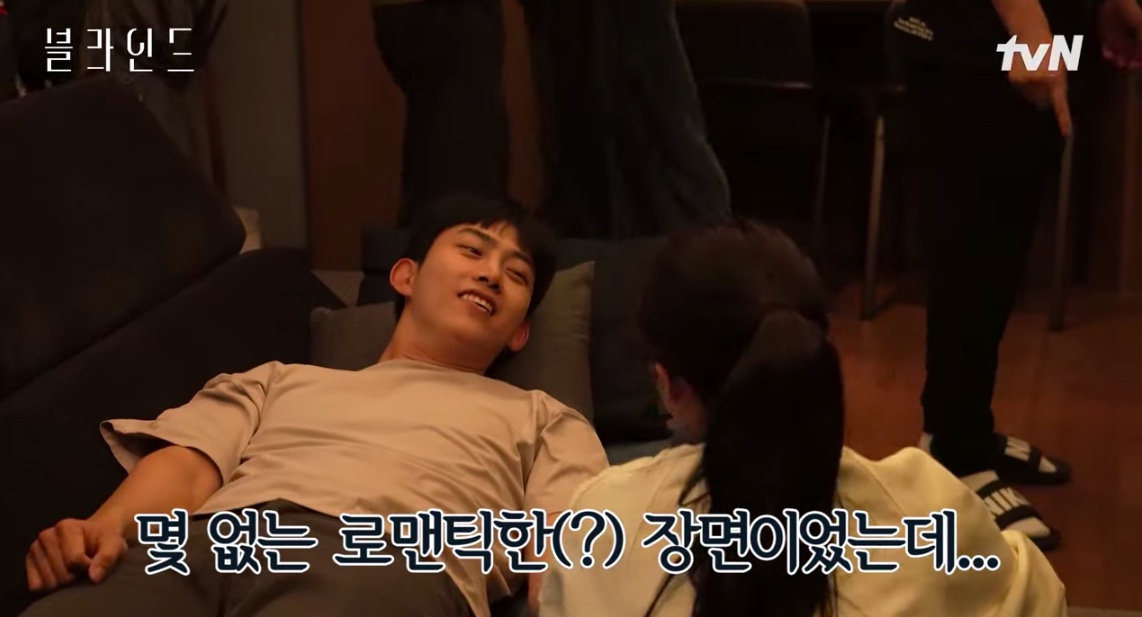 During some downtime between takes, Jung Eun Ji and Taecyeon begin bickering about a blooper that happened during the filming of Episode 12, where Jung Eun Ji couldn’t get through her line without laughing. She claims that it was because Taecyeon kept joking around that day, which Taecyeon vehemently denies.

“Why were you laughing and not getting into character?” he asks. “Why were you joking around?” she retorts, and the two end their argument in a fit of laughter. Jung Eun Ji then jokingly scolds Taecyeon by saying with a laugh that Ha Seok Jin needs to get into character, and Ha Seok Jin cracks them up by playfully agreeing, “I’m getting into character right now.” As both he and Jung Eun Ji burst out laughing at his disapproving tone, Taecyeon immediately falls to his knees and apologizes. 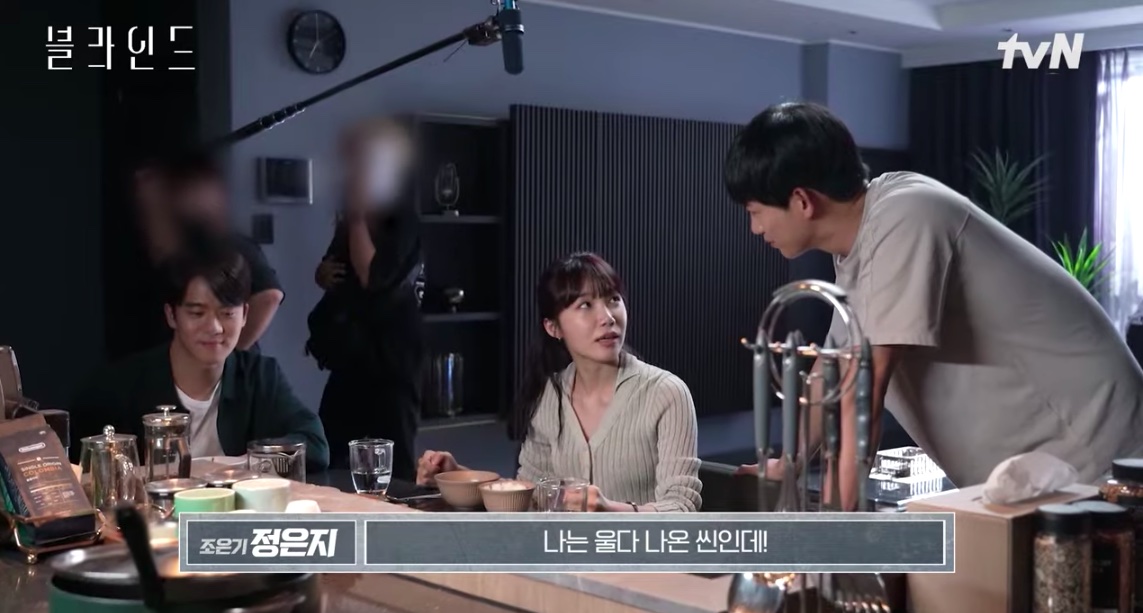