The only album to become triple platinum certified this month is “Savage,” aespa’s first mini album that was released last October.

BTS’s chart-topping 2020 album “Map of the Soul: 7” has earned a quintuple million certification, becoming the first album in Korean history to sell over 5 million copies!

Songs are certified platinum in the streaming category when they surpass 100 million streams.

BLACKPINK has made history by becoming the first Korean girl group in history to earn a double platinum Circle streaming certification with their 2018 title track “DDU-DU DDU-DU“!

The other tracks to go platinum this month were MeloMance’s Kim Min Seok’s “Drunken Confession,” sokodomo’s “Merry-Go-Round” (featuring Zion.T and Wonstein and produced by Slom), as well as D-Hack and PATEKO’s “OHAYO MY NIGHT.” 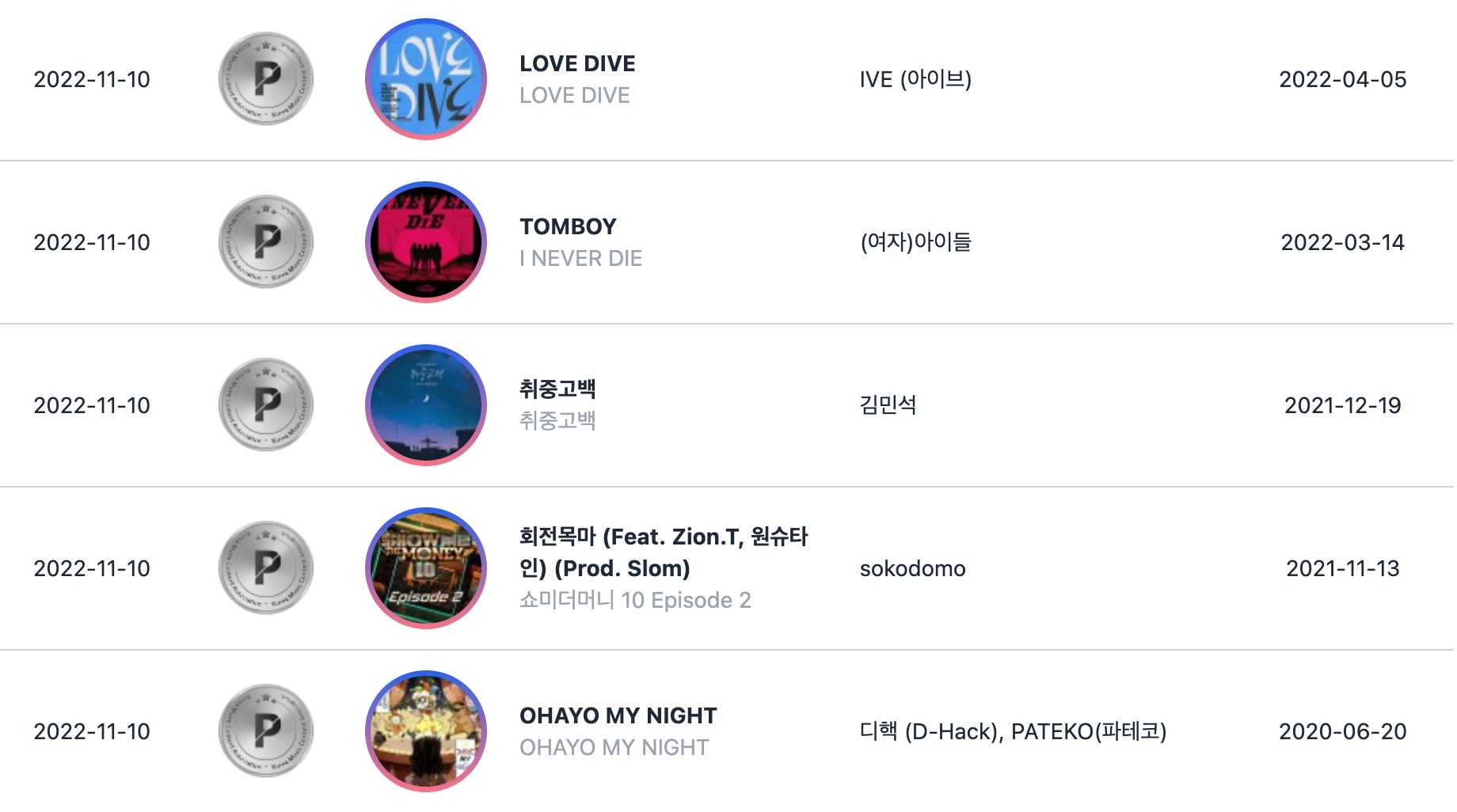