Watch: Han Ji Hyun, Bae In Hyuk, Kim Hyun Jin, And Their Co-Stars Are Full Of Energy For Their Big Performance In “Cheer Up”

SBS’s “Cheer Up” has finally released its behind-the-scenes video for Episode 9!

“Cheer Up” is a campus mystery rom-com about a college cheer squad whose glory days are long gone and is now on the verge of falling apart. Han Ji Hyun stars as Do Hae Yi, a rookie member of Yonhee University’s cheer squad Theia, who has a cheerful personality despite facing difficult circumstances at home. Bae In Hyuk stars as Theia’s oft-misunderstood captain Park Jung Woo, who is a firm stickler for the rules but is also a romantic at heart, while Kim Hyun Jin plays fellow rookie Jin Seon Ho, a rich and handsome student who has always walked the elite path in life.

Episode 9 was filled with many emotional scenes and even some tear-jerking moments, and the new behind-the-scenes video gives viewers another look at those memorable moments, as well as all the fun that came along with the team’s performance at the school festival.

The new video offers viewers a look at the team members donning their flashy and colorful costumes in order to perform at the festival. The production team was sure to pull out all the stops, with a live band, confetti, and flashing lights making the performance all the more spectacular. And even though the cast danced their hearts out, it wouldn’t be a true behind-the-scenes video if there weren’t more than a few bloopers!

From confetti getting stuck on Lee Jung Joon‘s cheek to Han Ji Hyun and Lee Eun Saem both making a few choreography mistakes, our beloved cheer team had to perform their routine more than a few times. 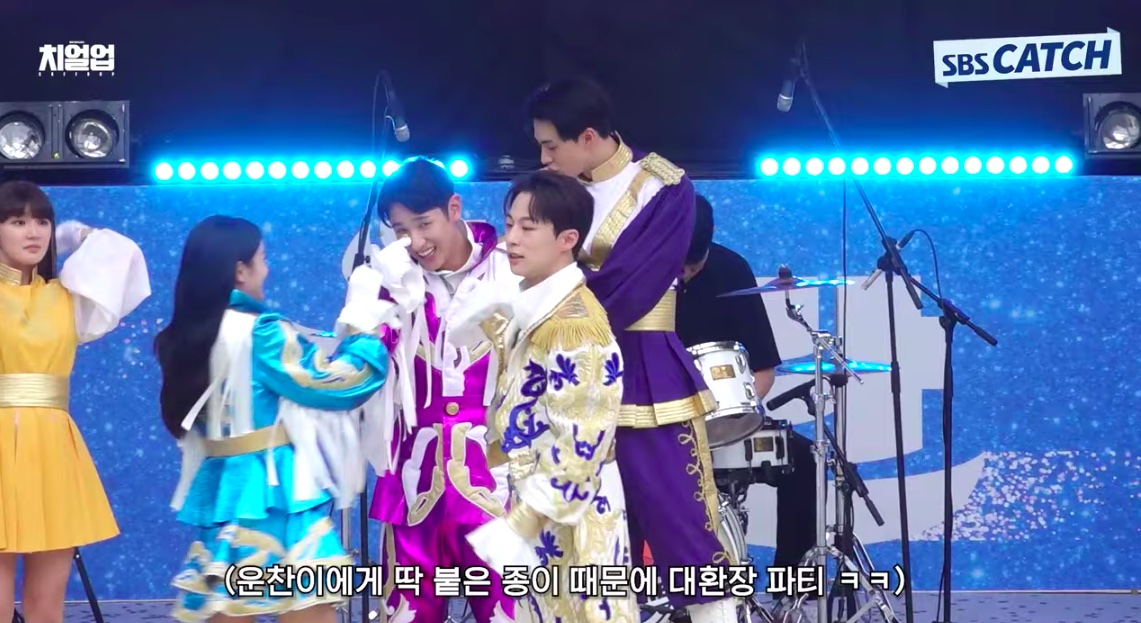 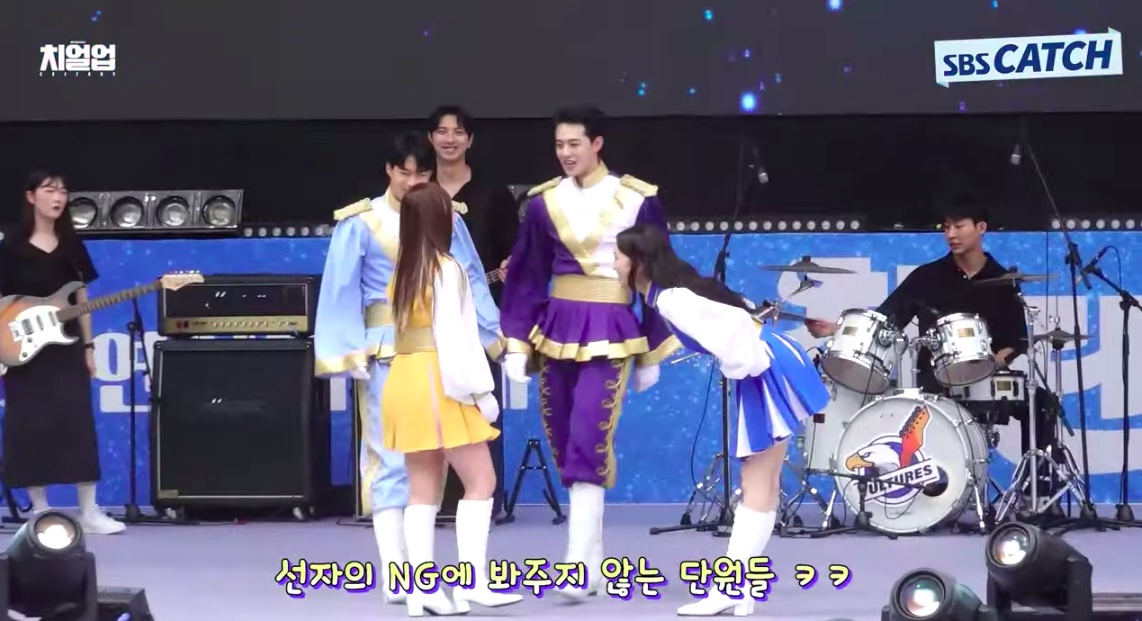 Bae In Hyuk wasn’t spared from a couple retakes either, with his costume refusing to cooperate and rip on cue as he yelled out a chant to get the crowd hyped up. 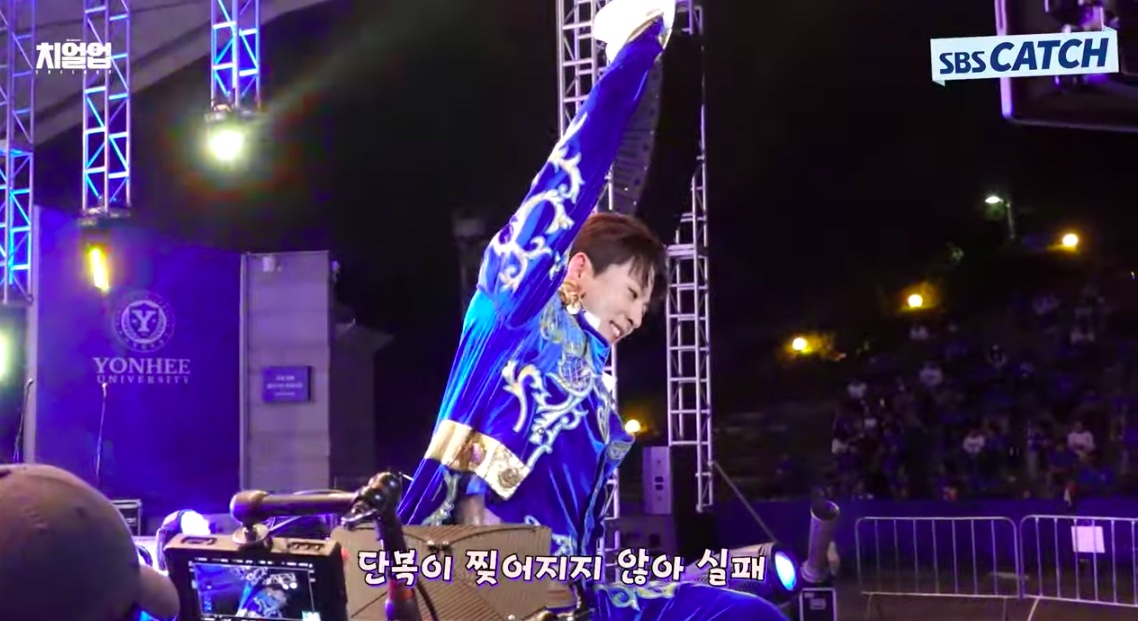 Then there was the iconic confession scene between Kim Hyun Jin and Han Ji Hyun. The moment was just as emotional as it was during the actual episode, the flashlights from other students’ phones making it look like they were surrounded by a galaxy of their very own. Even without all of the editing that goes into an official episode of the drama, the scene lost none of its magic. 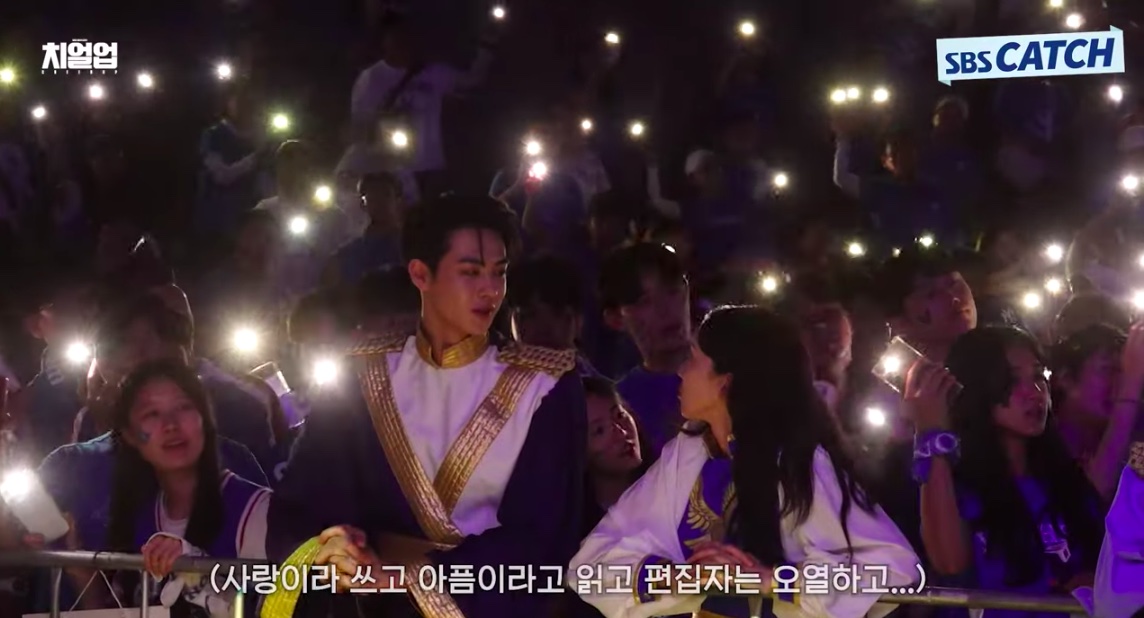 Watch all of the behind-the-scenes fun in the video below!

Catch up on the latest episodes on Viki below!

Cheer Up
Kim Hyun Jin
Bae In Hyuk
Han Ji Hyun
How does this article make you feel?