Watch: VIXX’s Leo, Karam, And Ha Jong Woo Are Entangled In A Love Triangle In Teasers For New BL Drama

“Happy Ending Romance” is a new BL drama about a love triangle between three men in the publishing industry.

In what marks his first acting role in a drama, VIXX’s Leo will star as Kim Jung Hyun, a best-selling author who seems perfect on the outside, but who is hiding a secret. Despite his aloof demeanor and prickly personality, he reveals his gentle and caring side only when he’s with Cha Jung Woo (played by Karam), whom he tries to protect from the world in his own way.

Karam’s character Cha Jung Woo is a talented writer who has been called a genius, but who winds up being cast out of the literary world when he blows the whistle on corruption. Although he wants to write under his own name, he knows that doing so will hurt the people around him, so he winds up hiding from the world by Kim Jung Hyun’s side.

Finally, Ha Jong Woo will star as Han Tae Young, one of the CEOs of a successful publishing company. A go-getter with an unwaveringly positive attitude, Han Tae Young isn’t afraid of going after the things he wants—and he becomes determined to convince Cha Jung Woo to step back out into the world.

The newly released poster for the upcoming drama features the three leads standing side by side, with both the serious Kim Jung Hyun and the cheerful Han Tae Young each placing a protective hand on one of Cha Jung Woo’s shoulders.

The poster’s caption reads, “The journey towards finding happiness begins.” 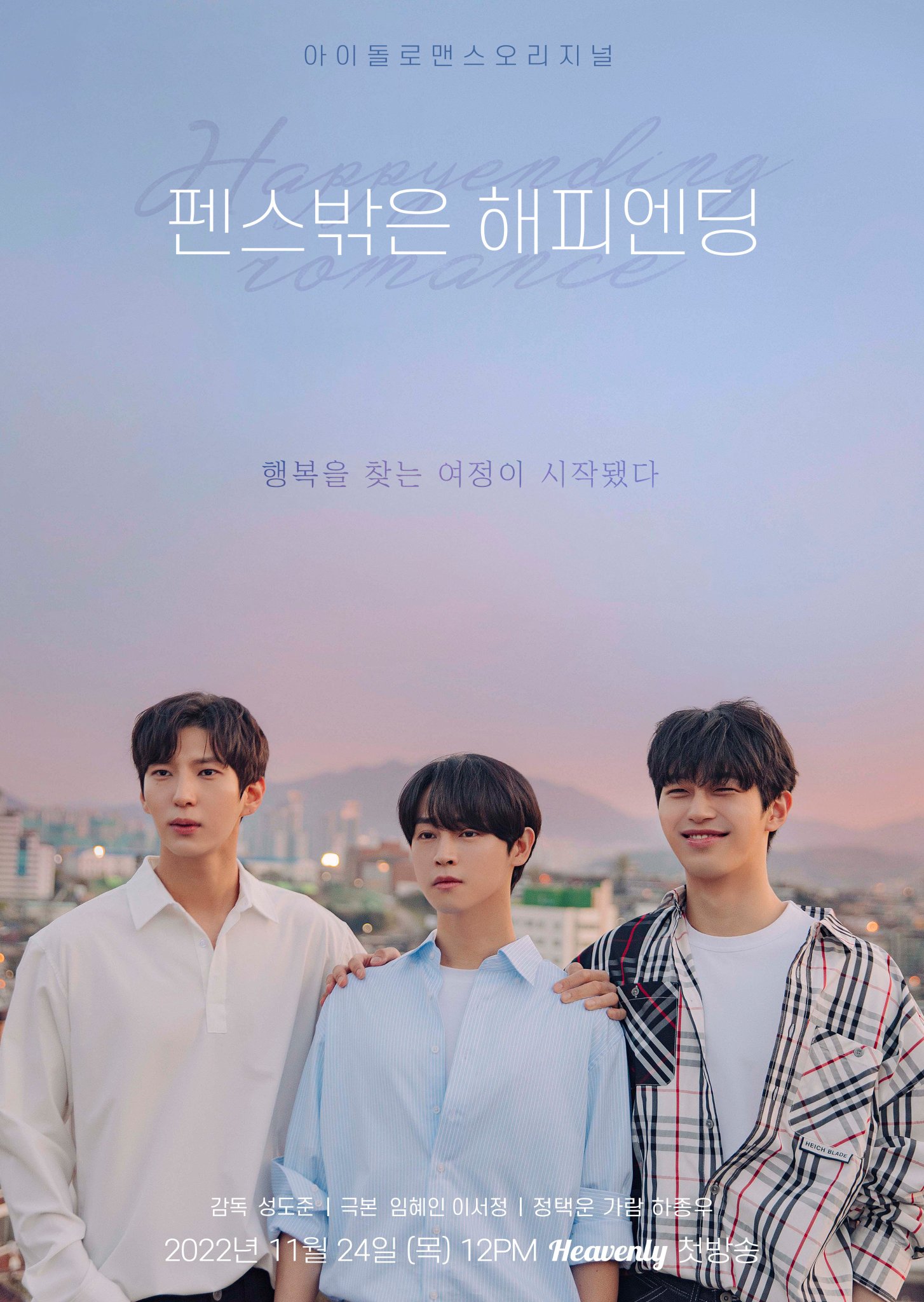 “Happy Ending Romance” premieres on November 24 at noon KST and will be available with subtitles on Viki.