Based on the hit Spanish series “Money Heist,” “Money Heist: Korea – Joint Economic Area” follows an anonymous squad of robbers who join forces for an ambitious, large-scale heist on the fictional Unified Korean Mint. Part 1 of the series aired this past June with Yoo Ji Tae as the Professor, the mastermind behind the operation, and his crew of robbers Park Hae Soo, Jeon Jong Seo, Lee Hyun Woo, Kim Ji Hoon, Jang Yoon Joo, Lee Won Jong, and more.

Ahead of the final showdown in Part 2, “Money Heist: Korea” has unveiled dramatic new teasers! 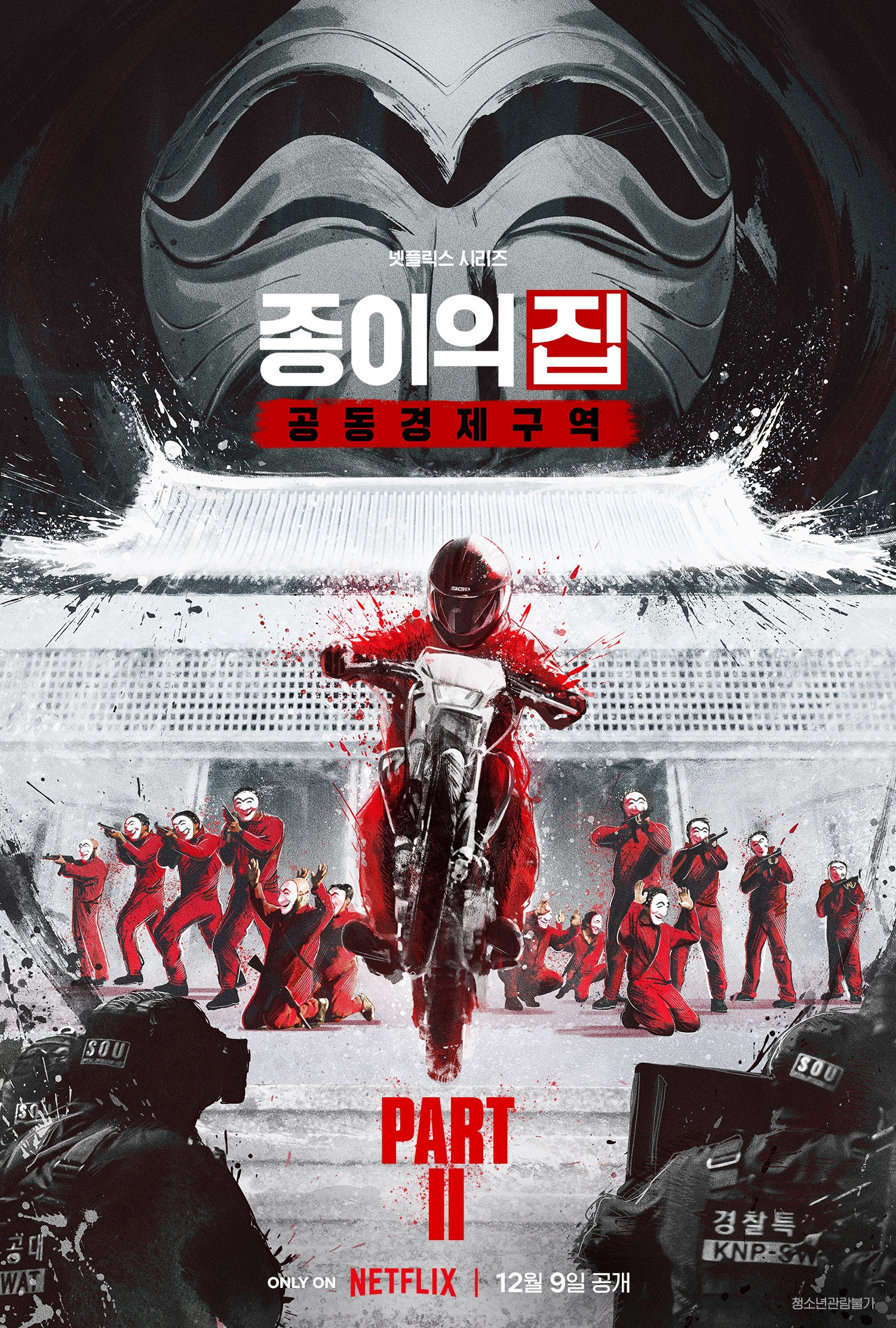 In the newly released trailer, the robbers carry out their final attempt to escape the Mint. After buying as much time and printing as much money as they could, the Professor and his team of robbers are now determined to show the world who the real thieves are. However, their determination is only a small part of the fight with so many dangers and obstacles in their way.

The joint response team between North and South Korea eventually learns that the robbers have an outside source helping with their mission, which leads to the introduction of new character Seoul, who is played by Lim Ji Yeon. As the fight continues, South Korea’s National Police Agency crisis negotiation team leader Seon Woo Jin (Kim Yoon Jin) comments, “The real deal starts now.”

Part 2 of “Money Heist: Korea – Joint Economic Area” will be released through Netflix on December 9!