Watch: Kwon So Hyun And Kwon Da Ham Fight To Stay In Love In Trailer For Critically-Acclaimed And Heart-Wrenching Film

The heartwarming and critically-acclaimed “Through My Midwinter” is set to hit theaters soon, and viewers can look forward to another emotional and beautiful film to wrap up 2022.

“Through My Midwinter” tells the story of a young couple deeply in love despite the challenges they face in their individual lives. Kwon Da Ham plays Kyung Hak, a poor young man studying night and day to pass a qualifying exam to become a police officer. Despite his busy schedule, he still works hard to show his love for his significant other. Hye Jin (Kwon So Hyun) is the recipient of said affection, who always tries her best to reciprocate and be there for him, even as she goes about the difficult task of searching for employment. This film thoughtfully approaches realistic worries and issues that today’s youth face, and handles such topics delicately through the love story of Kyung Hak and Hye Jin.

Now, “Through My Midwinter” has finally been given an official release date and set to premiere in theaters on November 30.

This announcement came with the release of the film’s official poster, showing Kyung Hak and Hye Jin riding a motorbike together along the busy road. However, they do not look as affectionate and smitten as you would expect. Instead, their expressions show near heartbreaking determination as the two fight to stay in love despite everything that life throws at them. The poster’s tagline reads, “I think I’ve always been in a hurry to reach you,” capturing the troubled hearts of the two main characters as they attempt to balance everything in their lives. 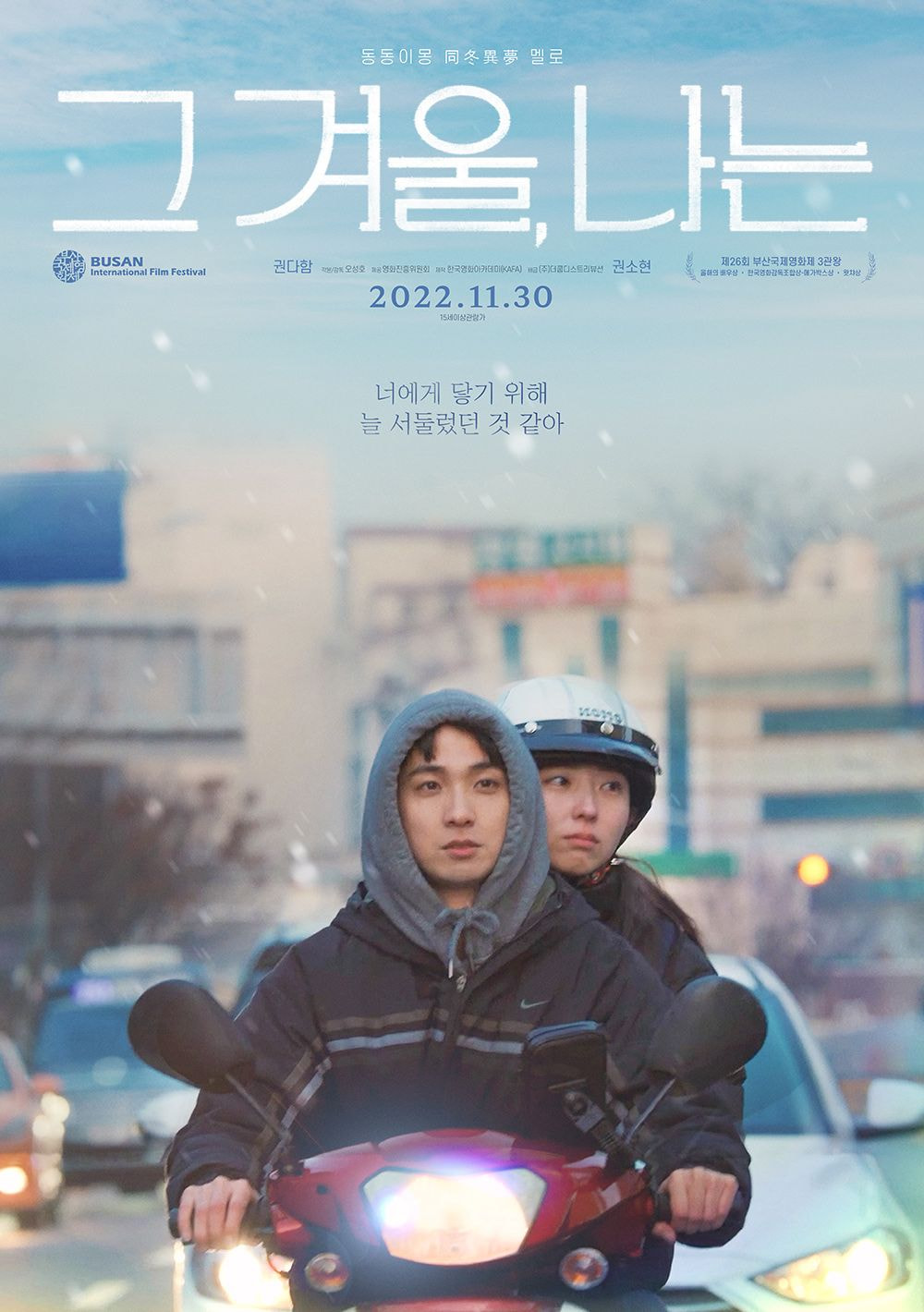 The film’s official teaser gives another preview into this warm yet heart-wrenching story. The clip begins with melancholy music overlaying a very difficult discussion between Kyung Hak and Hye Jin. Kyung Hak is determined to not give up on his dream of becoming a police officer and resolutely decides to work as a deliveryman while continuing his studies. Worried and saddened to see her love facing so many hardships, Hye Jin tries to be the voice of reason.

Until the film’s release, watch Kwon So Hyun in “Mr. Temporary” on Viki:

Kwon So Hyun
Kwon Da Ham
How does this article make you feel?