tvN’s “Love in Contract” has offered a final glimpse behind the scenes of filming as the show comes to a close!

“Love in Contract” is a romantic comedy about a service that provides fake wives for single people in need of partners to bring to social gatherings, such as school reunions and dinners for married couples. Park Min Young stars as professional fake wife Choi Sang Eun, who finds herself caught between longtime client Jung Ji Ho (Go Kyung Pyo)—with whom she has a long-term exclusive contract for Mondays, Wednesdays, and Fridays—and newcomer Kang Hae Jin (Kim Jae Young), an A-list idol-turned-actor who wants to sign a contract with her for Tuesdays, Thursdays, and Saturdays.

The final behind-the-scenes video takes viewers through Choi Sang Eun and Jung Ji Ho’s happy ending, letting us relive all the sweet and happy moments that came along with the drama’s finale. The wedding was the last scene filmed with the entire cast, and it was a bittersweet day on set for the actors, with many goodbyes being said as filming began to wrap up. 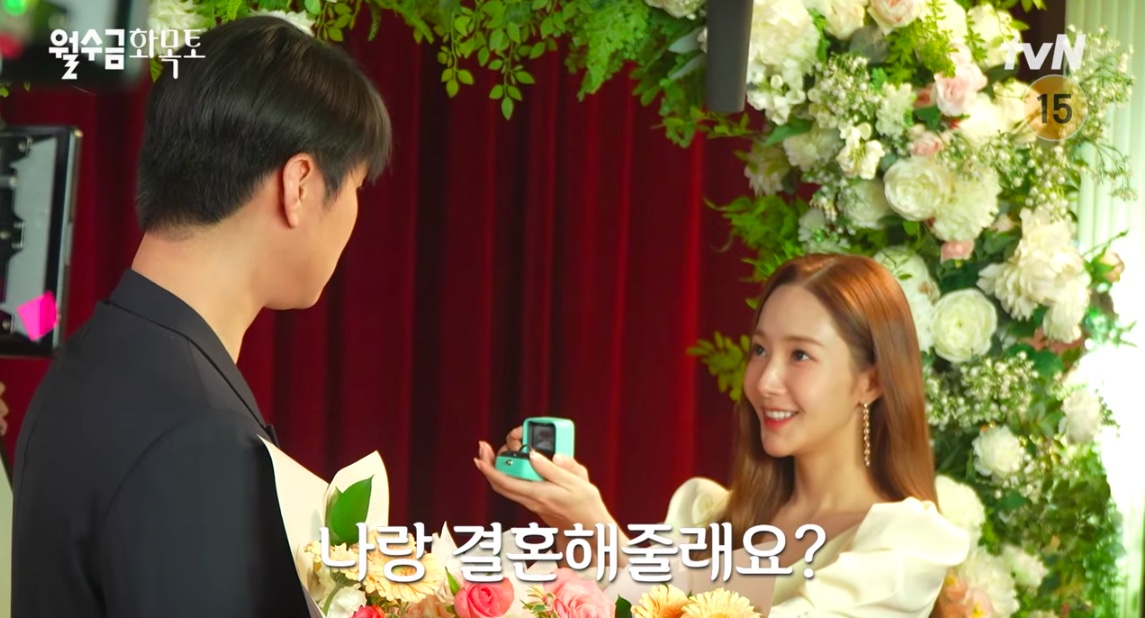 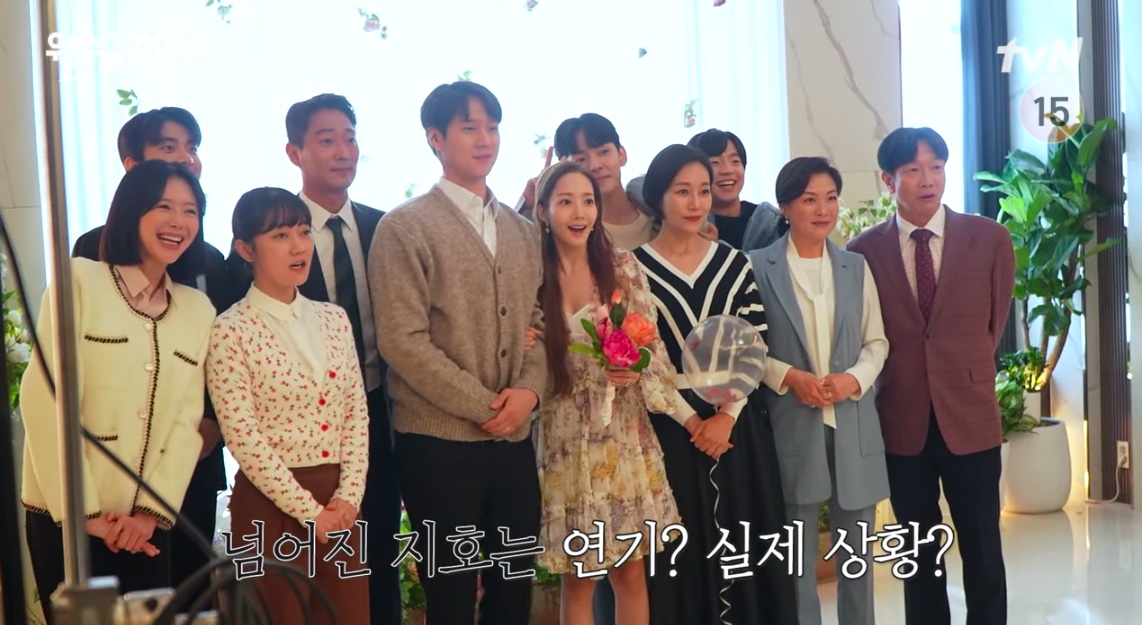 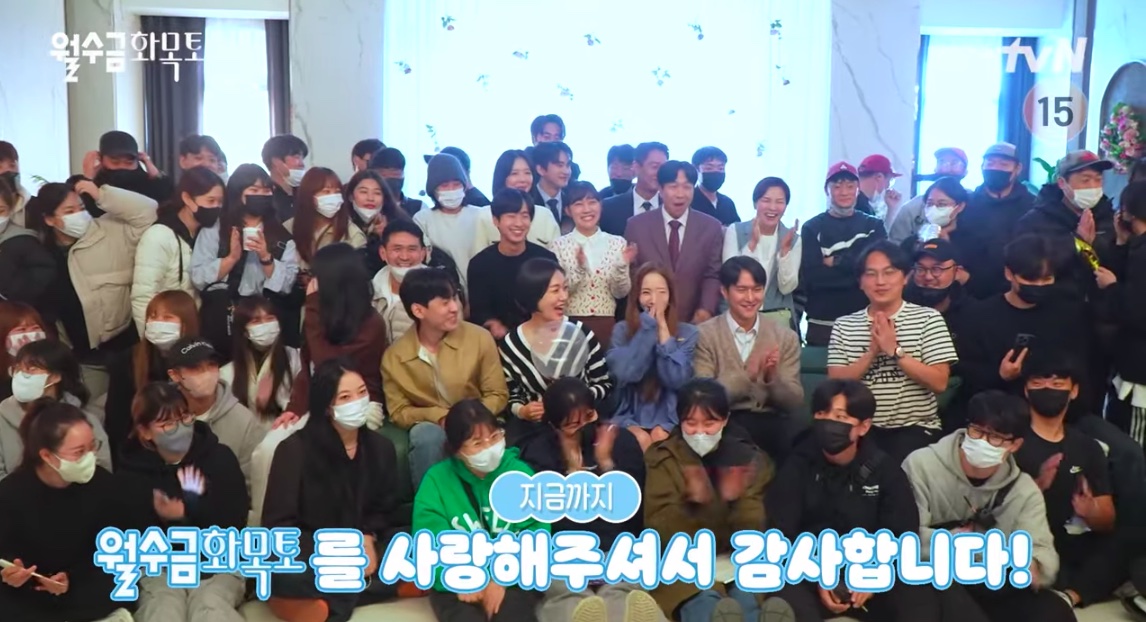 After wrapping up filming, the cast said their goodbyes to viewers, thanking them for coming along on this journey and showing lots of love for the series.

Regarding her character Choi Sang Eun, Park Min Young says fondly, “I hope that Sang Eun receives a lot of love in the future and enjoys a happy life while doing her job.” 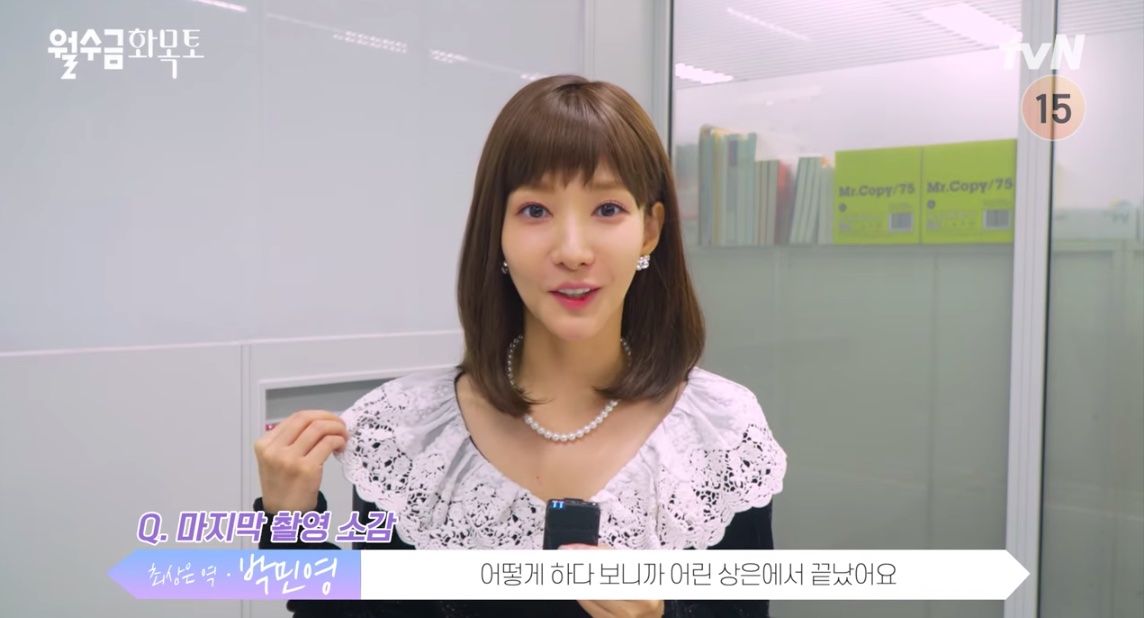 “It still doesn’t feel real [that it’s over],” says Go Kyung Pyo. “Whenever filming for a drama ends, it’s always bittersweet. It’s always hard when this moment comes. Thank you to all the people who enjoyed watching this drama and to those who gave it a lot of interest. I hope that there will be a day when I can come back to meet the viewers again with more good things.” 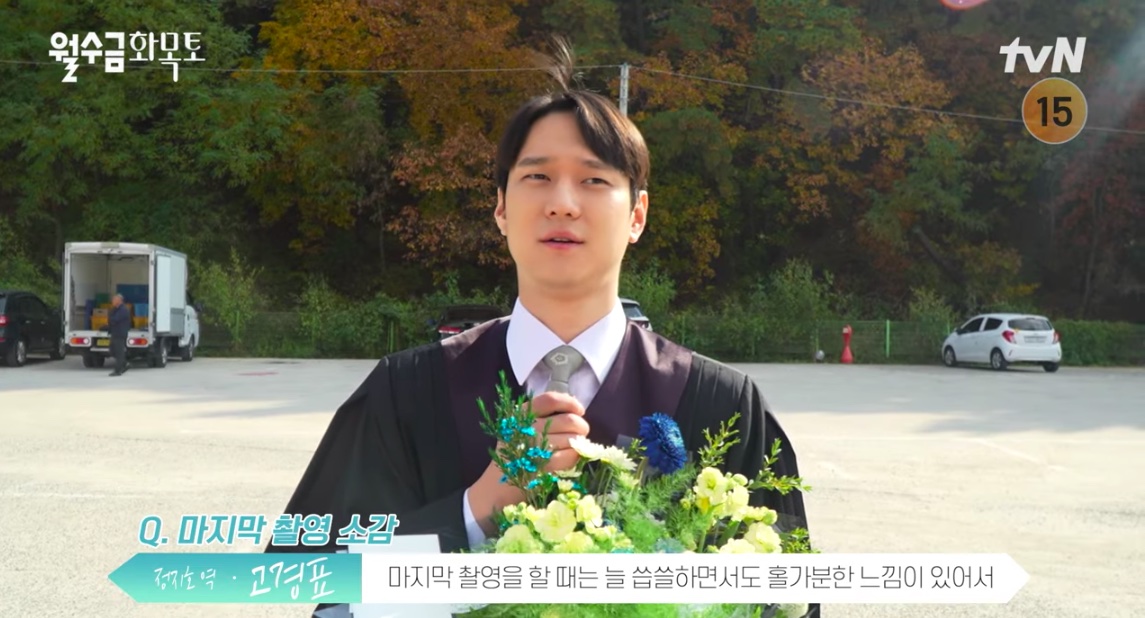 Kim Jae Young is just as surprised that filming is already ending, commenting, “I can’t believe it’s already been five months. Time seems to have flown by so fast.”

He goes on to talk about how he was able to show off his bright and energetic side as Kang Hae Jin, and he adds that he had fun filming because he was able to toy with expressing love in many different ways. As for his co-stars, he remarks, “Since there wasn’t much of an age gap between us, we had a really fun time together. We joked around a lot even when we were filming, and we talked with one another about how to do our best while acting, so filming was really fun.” 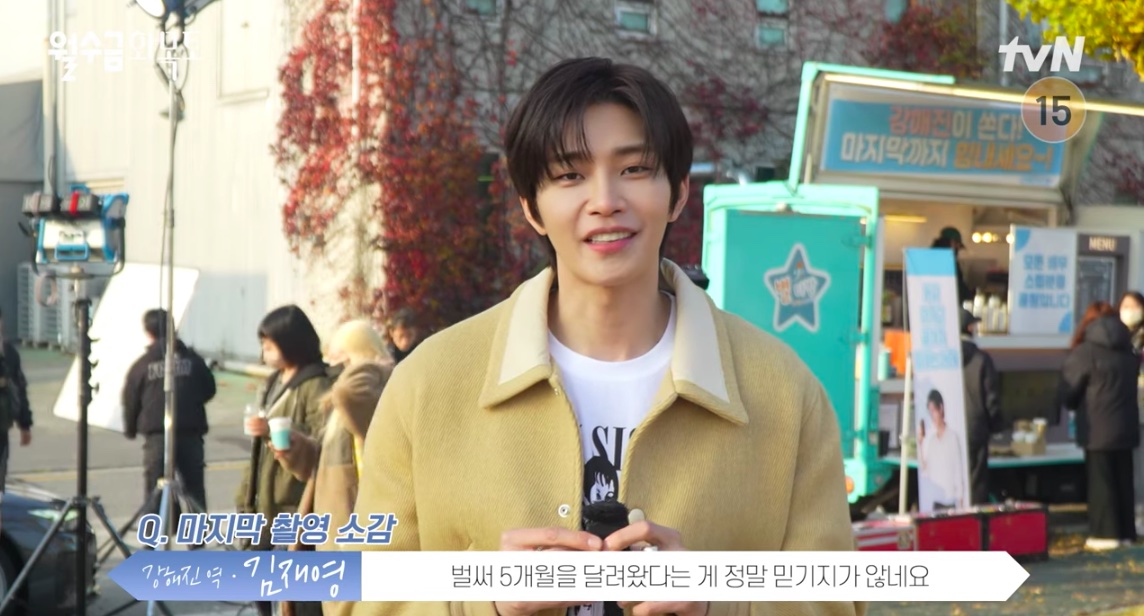 Lee Joo Bin, Jin Kyung, Kang Hyung Suk, and Park Chul Min also share their final remarks, and viewers might find themselves getting a bit teary as the cast members say their farewells.

“Love in Contract” aired its finale on November 10.

Watch all the episodes of the drama with subtitles below!