MBC has unveiled playful new posters for its upcoming drama “The Forbidden Marriage”!

Based on the web novel of the same name, “The Forbidden Marriage” will star Kim Young Dae as King Yi Heon, who falls deep into despair after the death of his wife and ends up prohibiting marriage in his kingdom. Seven years after the loss of his wife (played by IZ*ONE‘s Kim Min Ju), who was then the crown princess, he comes across a con artist named So Rang (Park Ju Hyun) who claims that she can be possessed by the late princess’s spirit.

The new posters introduce viewers to the drama’s three leads, who wind up entangled in one another’s lives in unexpected ways. They also hint at the complicated dynamic between the three characters: while So Rang boldly raises a brush in the king’s direction with one hand, her other is tied up by a rope held by Uigeumbu officer Lee Shin Won (Kim Woo Seok). 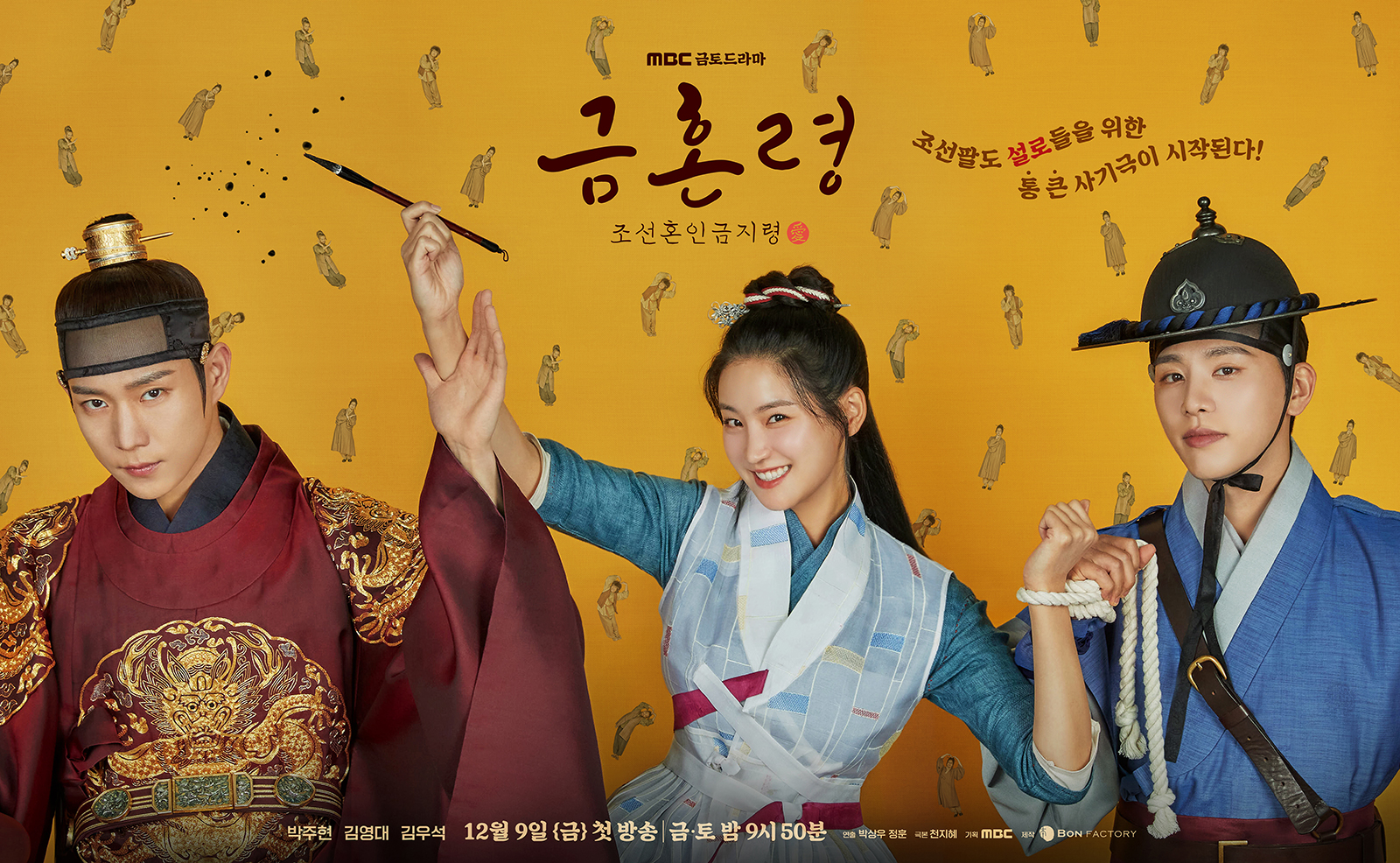 Kim Young Dae’s poster describes his character Yi Heon as “a king who has ordered the prohibition of marriage for the past seven years.”

Seemingly referencing the disapproving murmurs about his rule, Yi Heon asks in his caption, “Do you also see me as a crazy tyrant?” 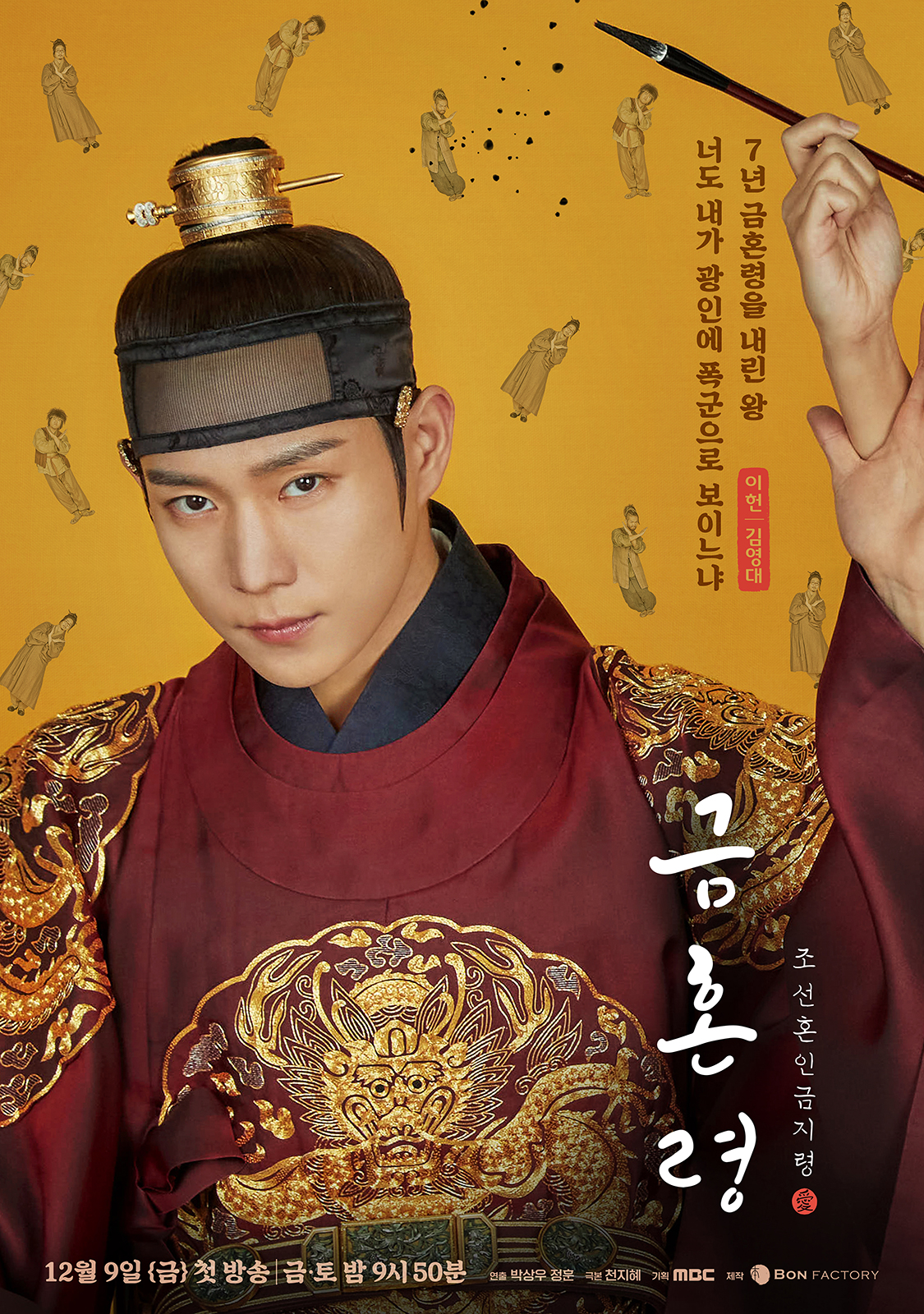 Defending her profession as underground matchmaker in a time when marriage is illegal, So Rang protests innocently, “Why am I a con artist? I’m just a messenger of love for young men and women.” 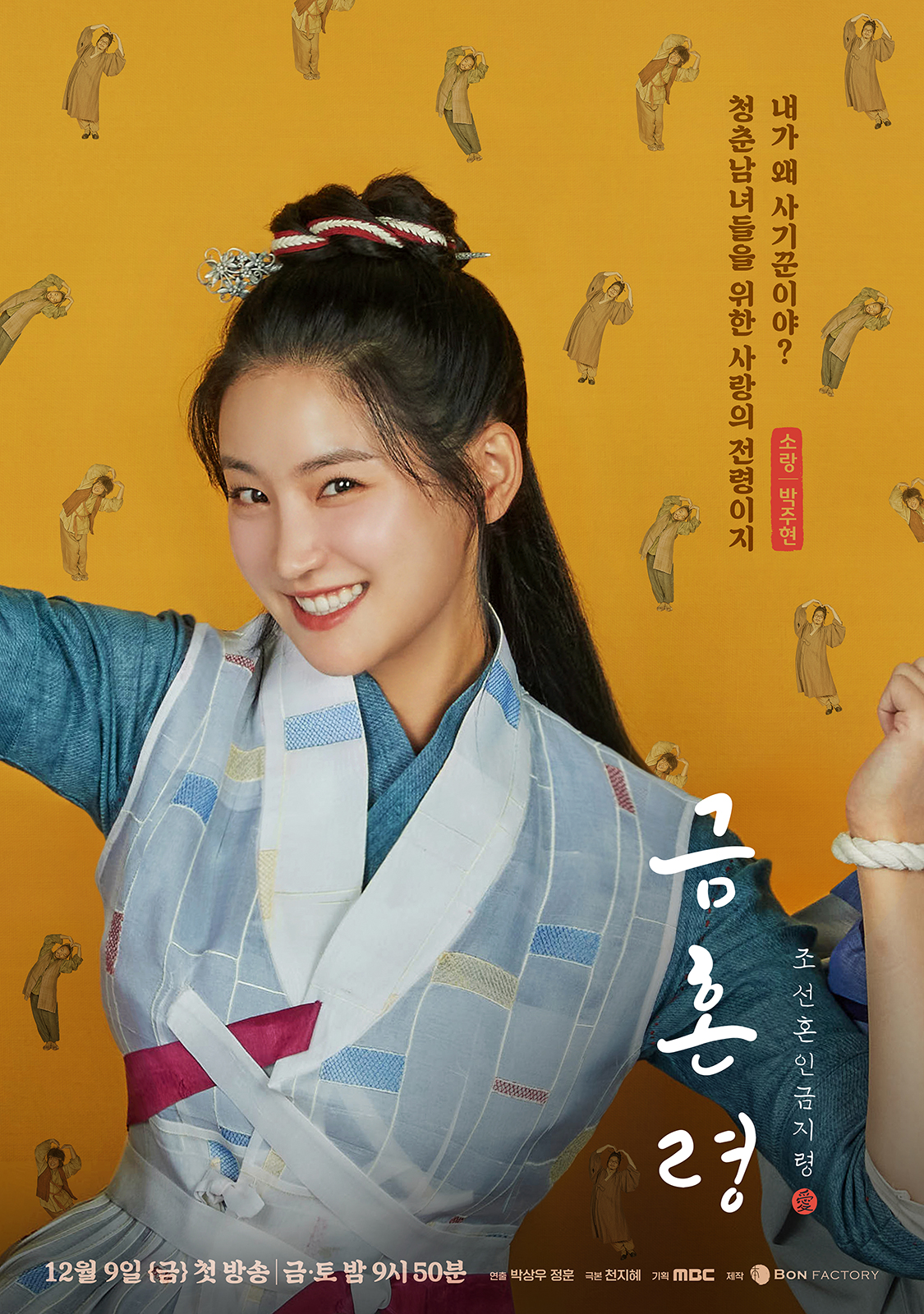 Finally, Kim Woo Seok’s poster hints at his character Lee Shin Won’s story of one-sided love. Revealing why he chose his profession, Lee Shin Won says, “I wanted to become an investigator. Because I thought then, I might be able to find my lost bride.” 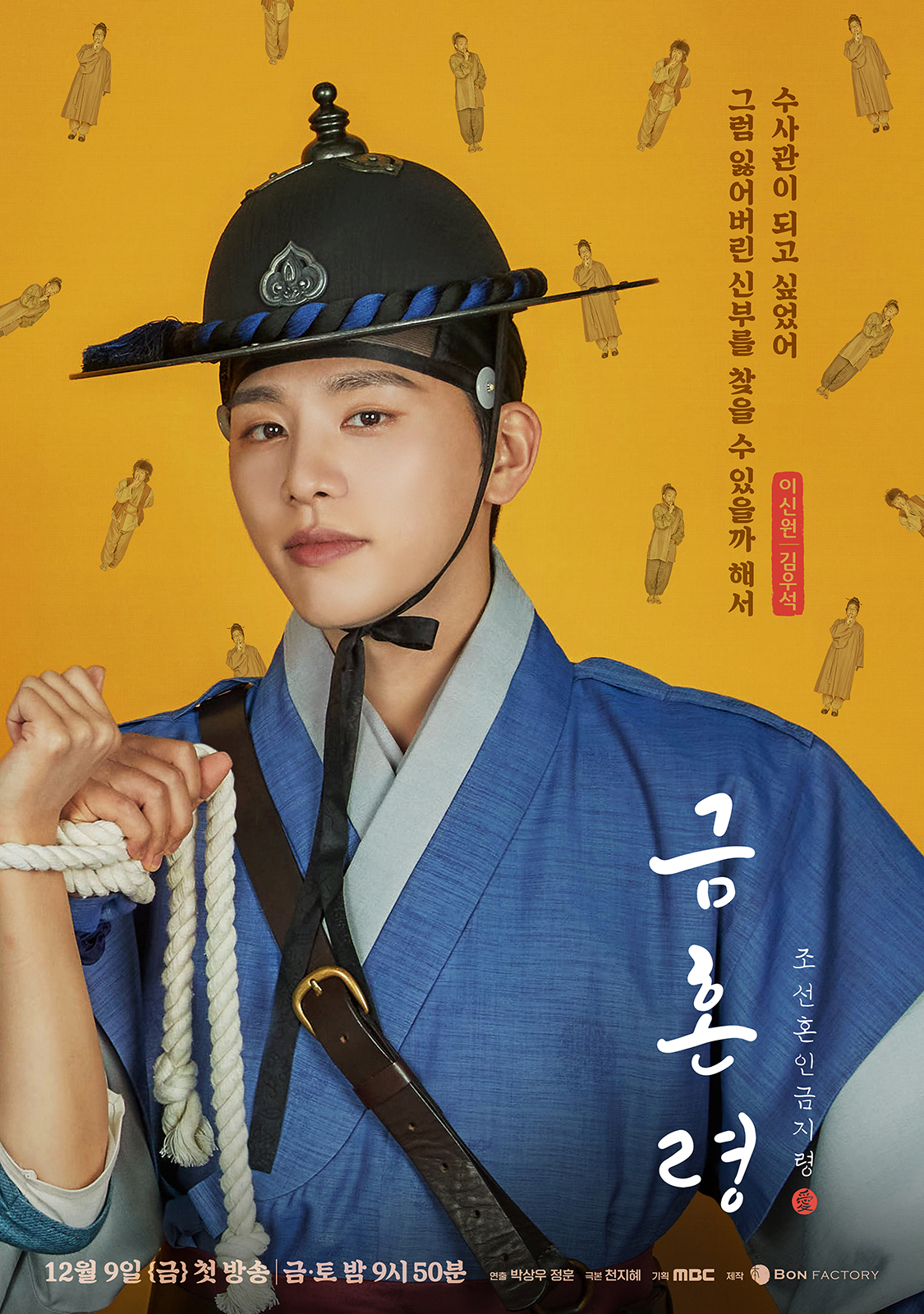 In the meantime, watch Kim Young Dae in his previous drama “Sh**ting Stars” with subtitles here…

…or watch Kim Woo Seok in “Military Prosecutor Doberman” below!