MAMAMOO has revealed the dates and cities for their upcoming 2023 tour of Asia!

After kicking off their “MY CON” world tour in Korea and Japan this month, MAMAMOO will be continuing the Asian leg of their tour in January and February of next year. 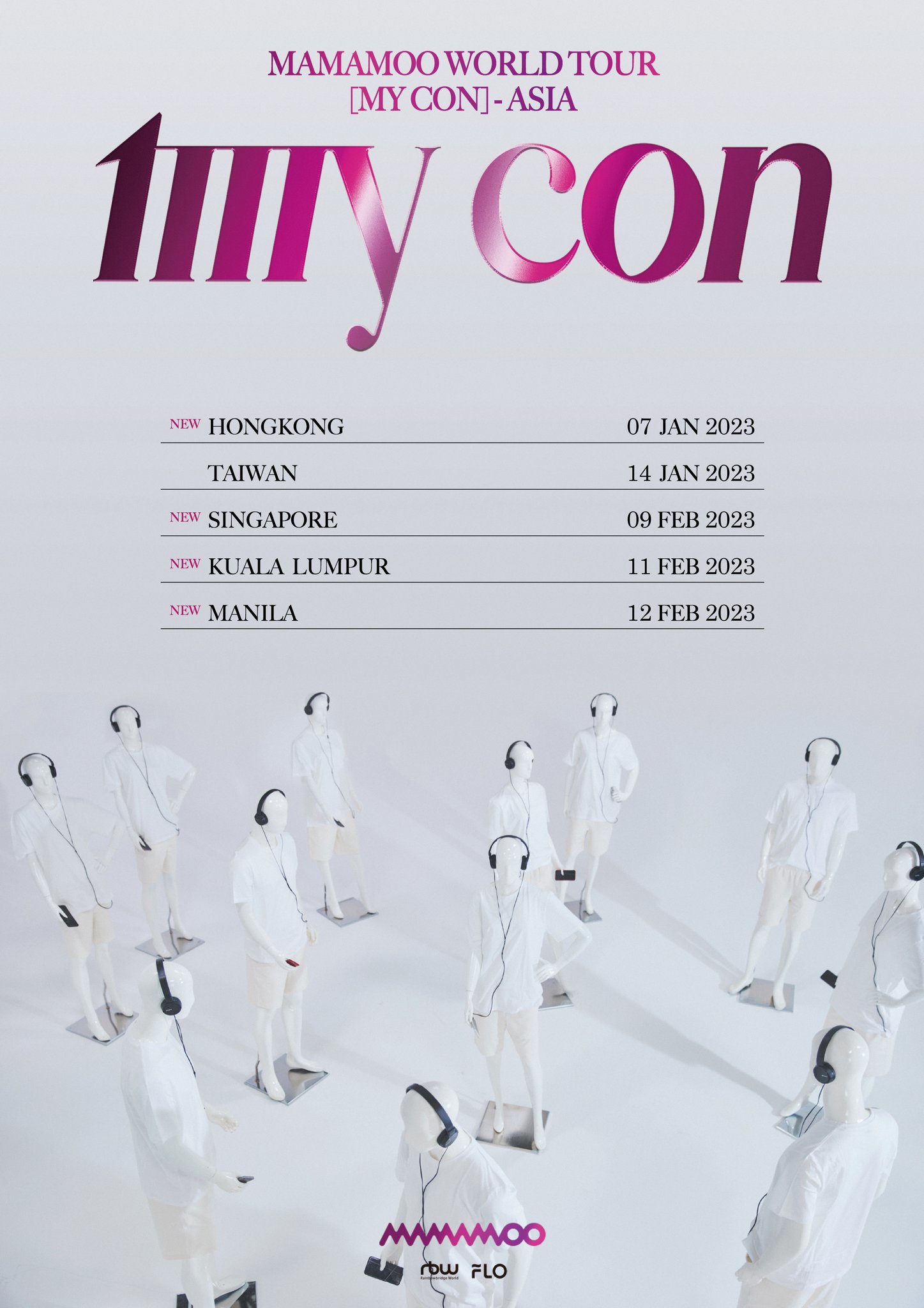 MAMAMOO is currently gearing up to perform in Seoul for three nights from November 18 to 20, following which they will perform for two nights in Chiba from November 26 to 27.

Are you excited for MAMAMOO’s upcoming tour?