MBC has shared a new look at Kim Young Dae and Kim Min Ju’s story in the new drama “The Forbidden Marriage.”

Based on the web novel of the same name, “The Forbidden Marriage” will star Kim Young Dae as King Yi Heon, who falls deep into despair after the death of his wife and ends up prohibiting marriage in his kingdom. Seven years after the loss of his wife (played by Kim Min Ju), who was then the crown princess, he comes across a con artist named So Rang (Park Ju Hyun) who claims that she can be possessed by the late princess’s spirit.

Kim Min Ju plays Crown Princess Ahn, who was chosen to be the crown princess unanimously at the age of 14 through an interview screening process. Crown Prince Yi Heon couldn’t help but fall in love with this beautiful and intelligent girl, but their love did not last long. A tragic incident tore the two apart, and the crown prince was left in agony to mourn the loss of his lover for seven years.

Their pure and passionate love can be seen in the newly released stills. Yi Heon can be seen smiling mischievously at Crown Princess Ahn as he holds out his pinky finger to her appearing to make a promise. Viewers get a glimpse of Yi Heon when he is not donning his stoic mask as the crown prince and eventual king, getting to see a very human side of the man who people fear and respect. 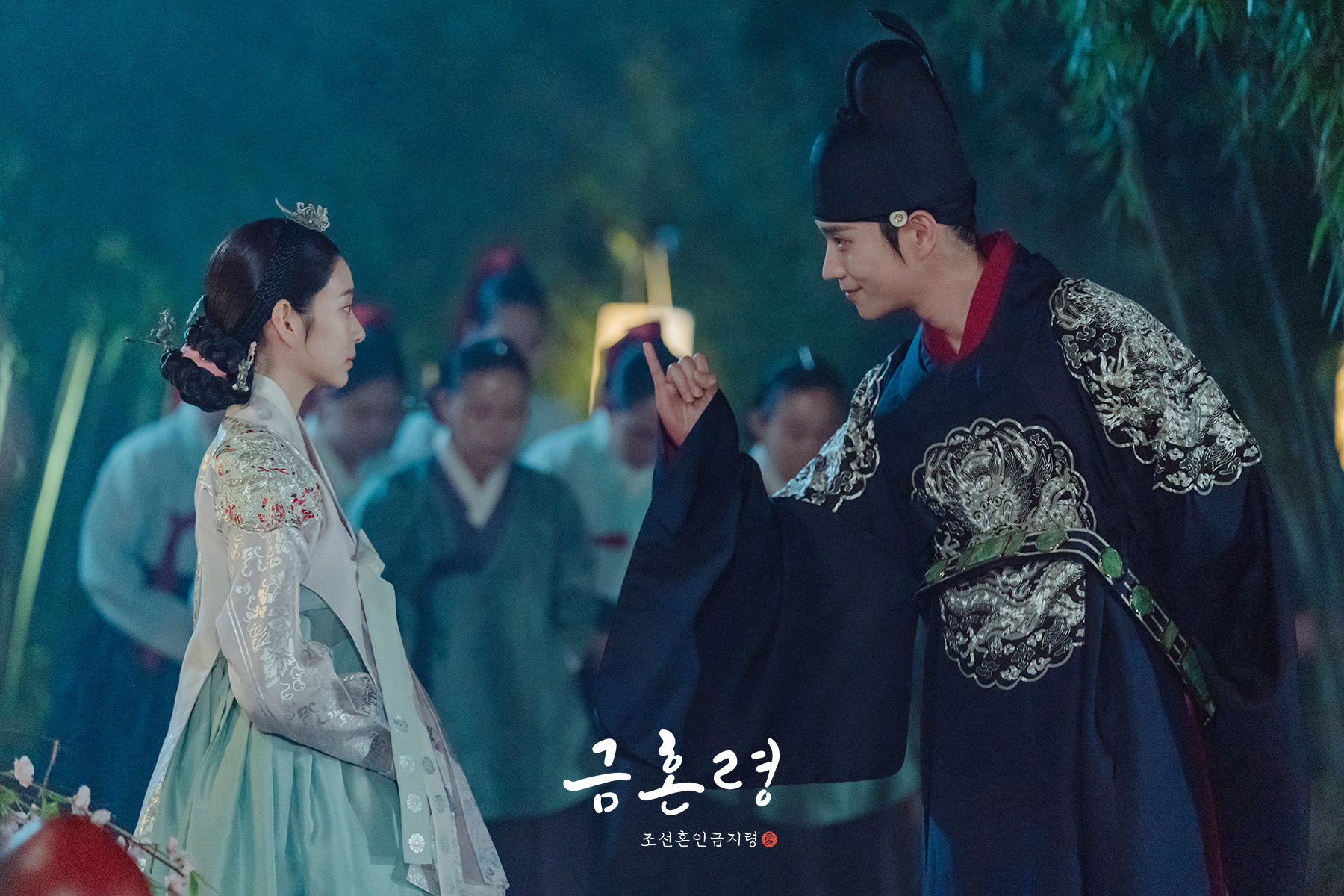 The other released stills are individual shots of Yi Heon and the crown princess, the mood contrasting sharply with the previous photo. Replacing their carefree smiles are looks of worry and pain, and one can’t help but wonder if these are meant to be warnings for the terrible tragedy that is to happen. 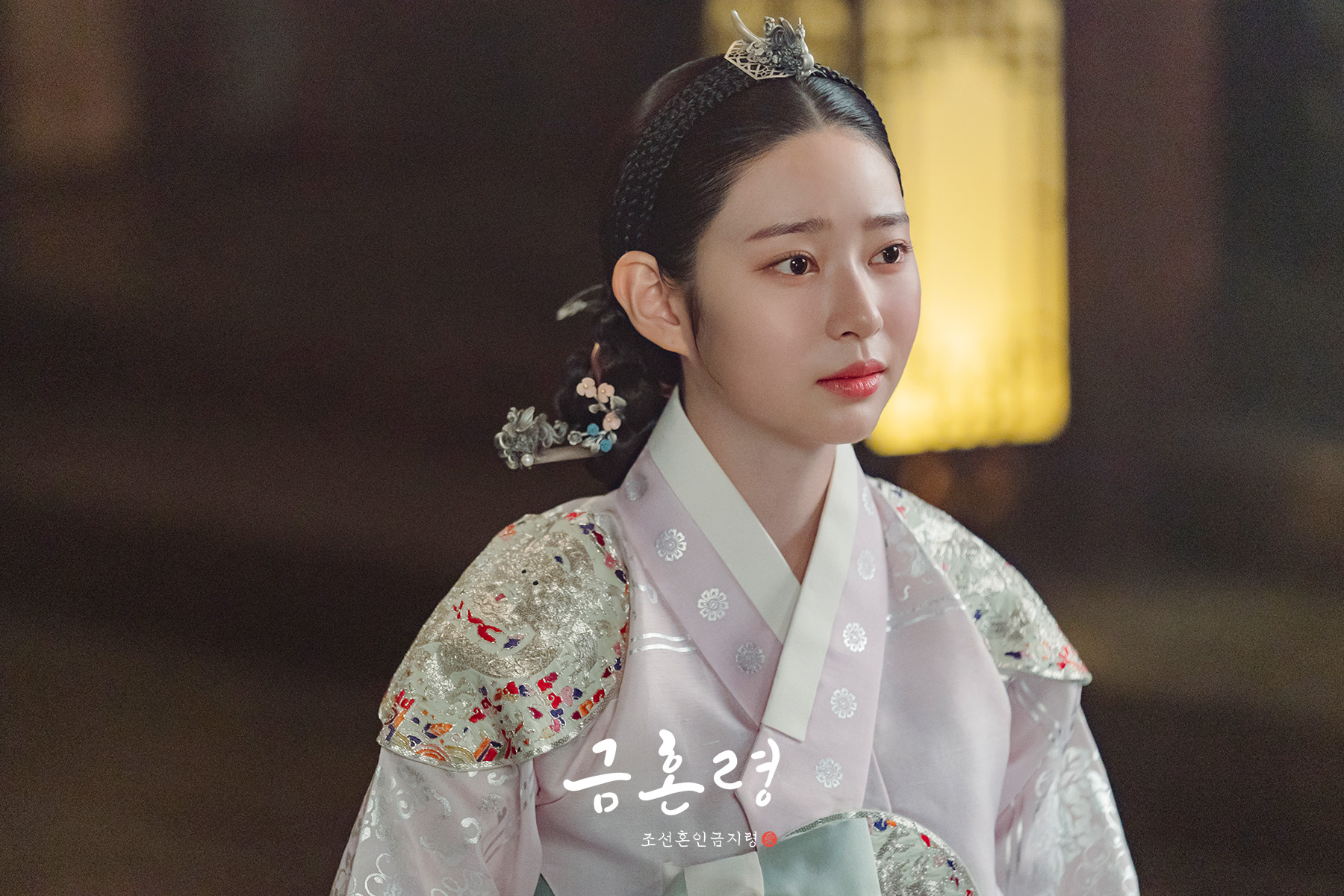 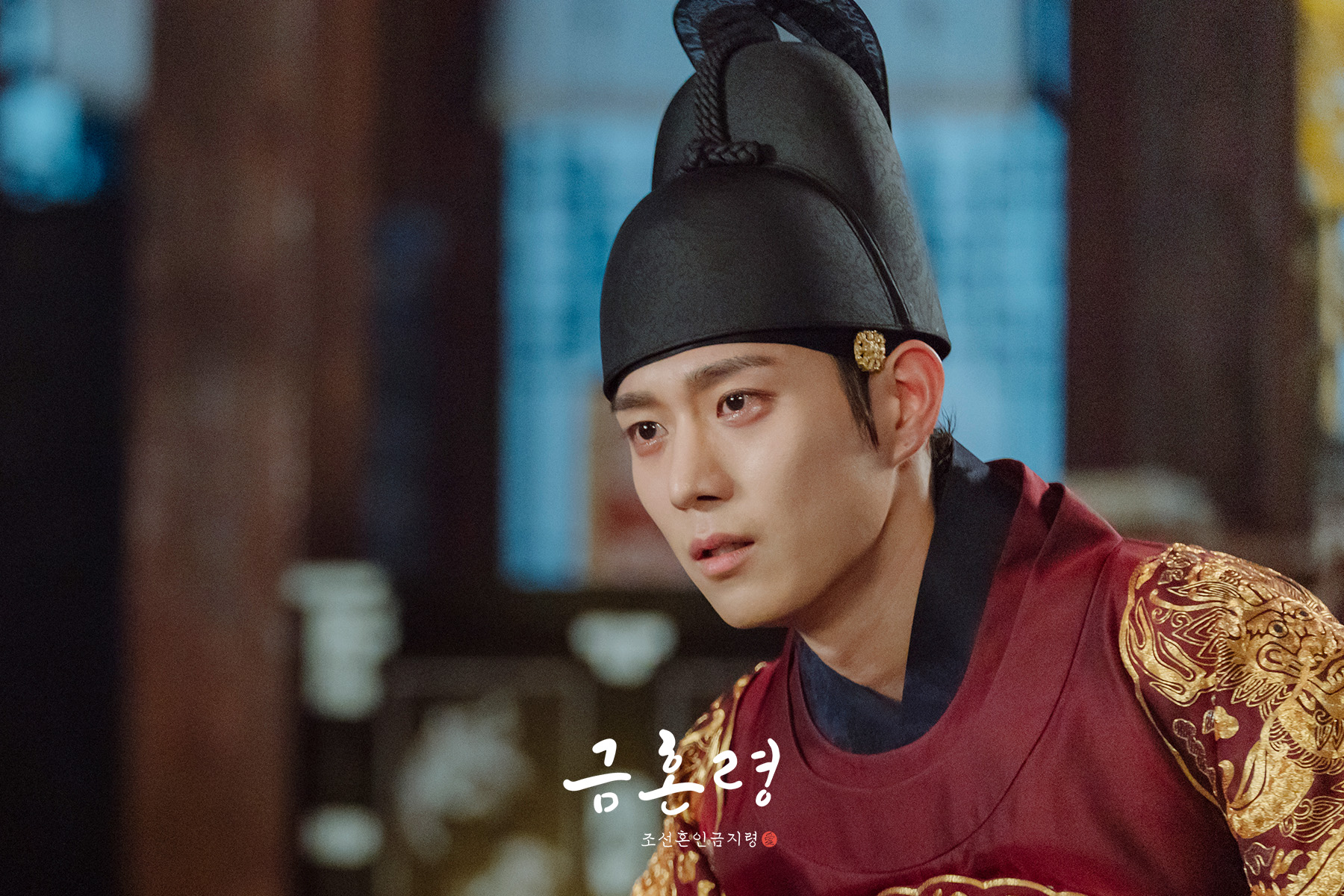 Kim Min Ju
Kim Young Dae
The Forbidden Marriage
How does this article make you feel?