“Trolley” is a new mystery romance drama about a politician’s wife who faces the biggest dilemma of her life after a secret she’s been hiding is unexpectedly revealed to the world. Presented with difficult choices and no right answer, the characters in “Trolley” will be swept up in a whirlwind of confusion and conflict.

Kim Hyun Joo will star in the drama as Kim Hye Joo, the wife of National Assembly member Nam Joong Do (Park Hee Soon). Kim Hye Joo runs a book restoration shop, and although she loves her husband more than anyone, she leads a quiet life without being particularly active as a politician’s wife.

However, when an unexpected accident occurs, a secret that Kim Hye Joo had been hiding for a long time rises to the surface, leading cracks to form in her once peaceful life. Suddenly caught in the middle of a crisis, Kim Hye Joo must tread dangerous waters as a catastrophe unfolds around her.

In the newly released poster, Kim Hye Joo stands at a crossroads that is enshrouded in fog—a striking visual depiction of the difficult and unknowable choices that lie ahead of her. With her direction and goals suddenly unclear, Kim Hye Joo must wander blindly towards a hazy future along whichever road she chooses.

Meanwhile, the poster’s caption ominously reads, “There are things that we never even imagine might happen.” 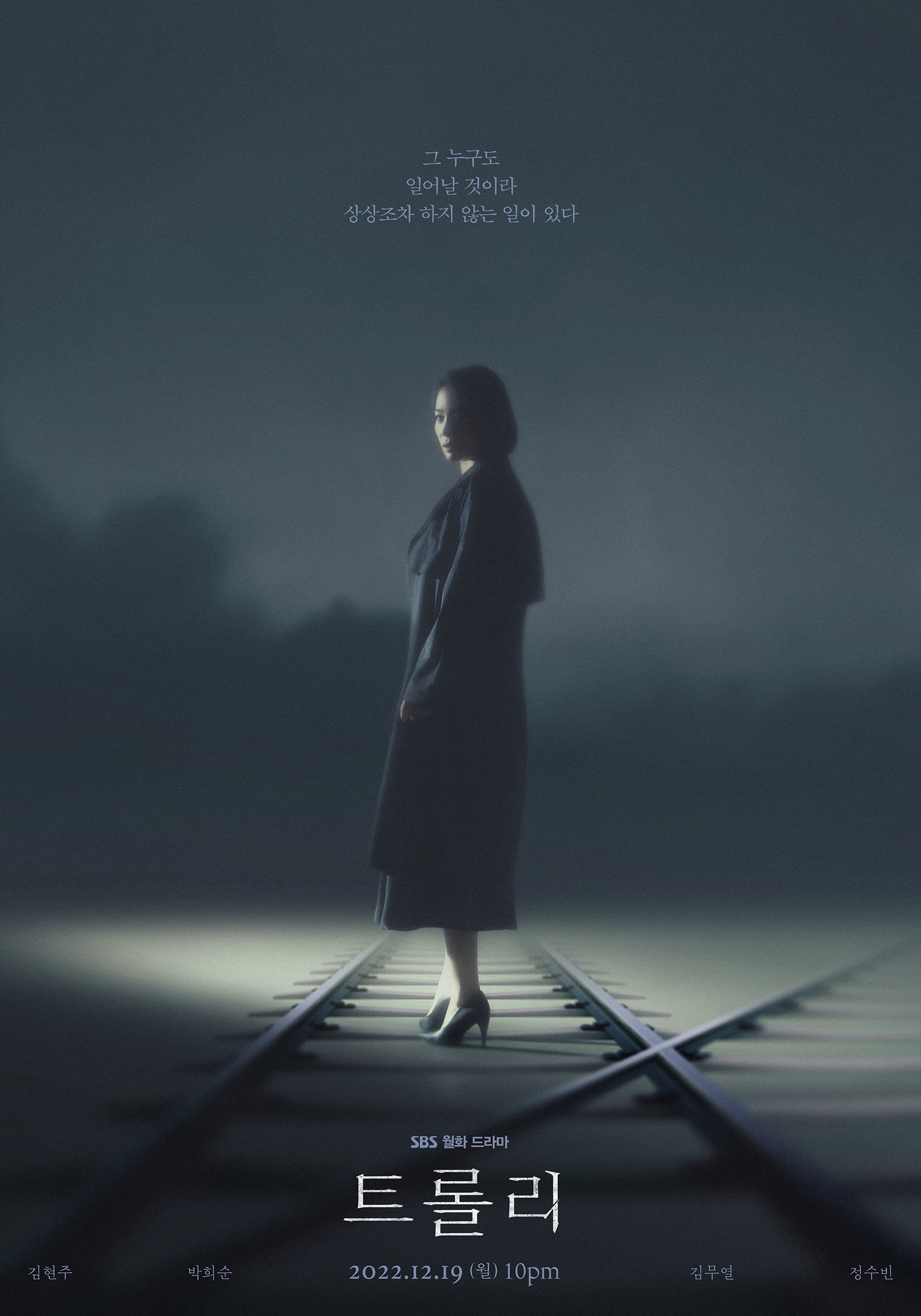 Praising Kim Hyun Joo’s acting, the producers of “Trolley” remarked, “The level of detail in her acting is unparalleled, and the true worth of trusted actress Kim Hyun Joo will shine through in her portrayal of Kim Hye Joo’s inner changes.”

They went on to tease, “Viewers will be swept up in the dramatically entertaining story of Kim Hye Joo, who finds herself facing a dilemma of choice.”

In the meantime, watch Kim Hyun Joo in “Watcher” with subtitles below!

Kim Hyun Joo
Trolley
How does this article make you feel?