Over half a year after its release, Younha has completely swept the Korean music charts with her viral hit “Event Horizon”!

On November 20 at 10:30 a.m. KST, Instiz’s iChart officially announced that Younha’s “Event Horizon,” which recently shot back up the charts months after its initial release in March, had scored a perfect all-kill. 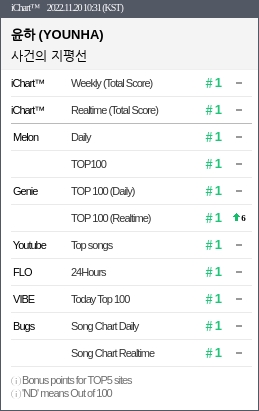