tvN’s “The Queen’s Umbrella” has now spent a full month at the top of the rankings of the most buzzworthy dramas and actors!

For the fourth consecutive week, “The Queen’s Umbrella” topped Good Data Corporation’s weekly list of the dramas that generated the most buzz. The company determines each week’s rankings by collecting data from news articles, blog posts, online communities, videos, and social media about dramas that are either currently airing or set to air soon.

Once again, Bae In Hyuk landed in the top 10 twice this week: once for his role in “The Queen’s Umbrella” and once for his starring turn in SBS’s “Cheer Up.” “Cheer Up” rose to No. 3 on this week’s drama list, while leads Han Ji Hyun and Bae In Hyuk climbed to No. 5 and No. 6 respectively in the actor rankings.

MBC’s “The Golden Spoon” held onto its spot at No. 2 on the drama list in its final week on air, and star BTOB’s Yook Sungjae similarly maintained his position at No. 3 on the actor list.

SBS’s “One Dollar Lawyer” took No. 4 on the drama list in its own final week on air, with star Namgoong Min ranking No. 4 on the actor list.

KBS 2TV’s “Bad Prosecutor” rose to No. 5 in its final week on air, while tvN’s new drama “Behind Every Star” debuted at No. 6.

tvN’s “Love in Contract” came in at No. 7 on the drama list in its final week, with leads Park Min Young and Go Kyung Pyo ranking No. 2 and No. 8 respectively on the actor list.

Finally, SBS’s new drama “The First Responders” entered the drama list at No. 8 this week.

The top 10 dramas that generated the most buzz in the second week of November are as follows: 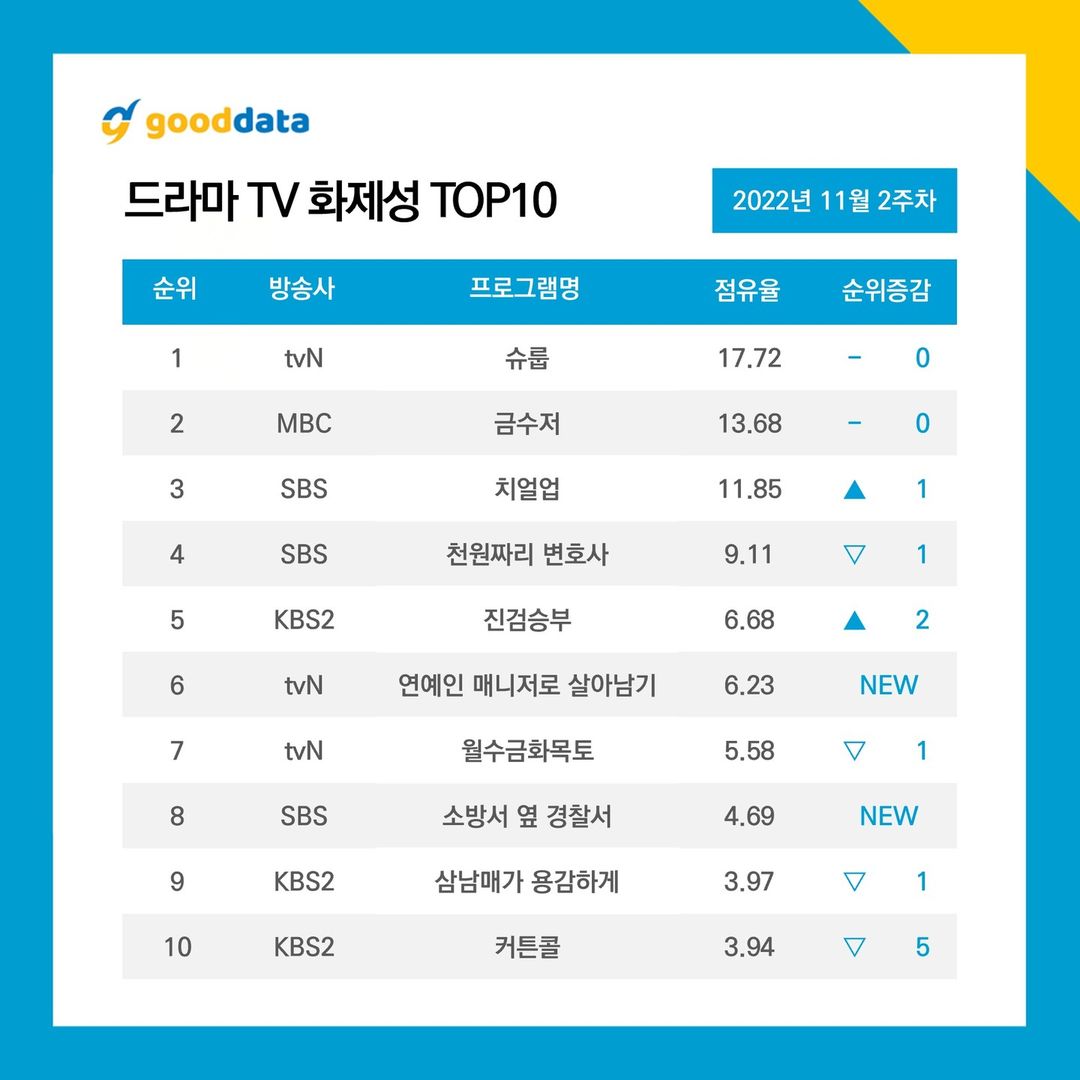 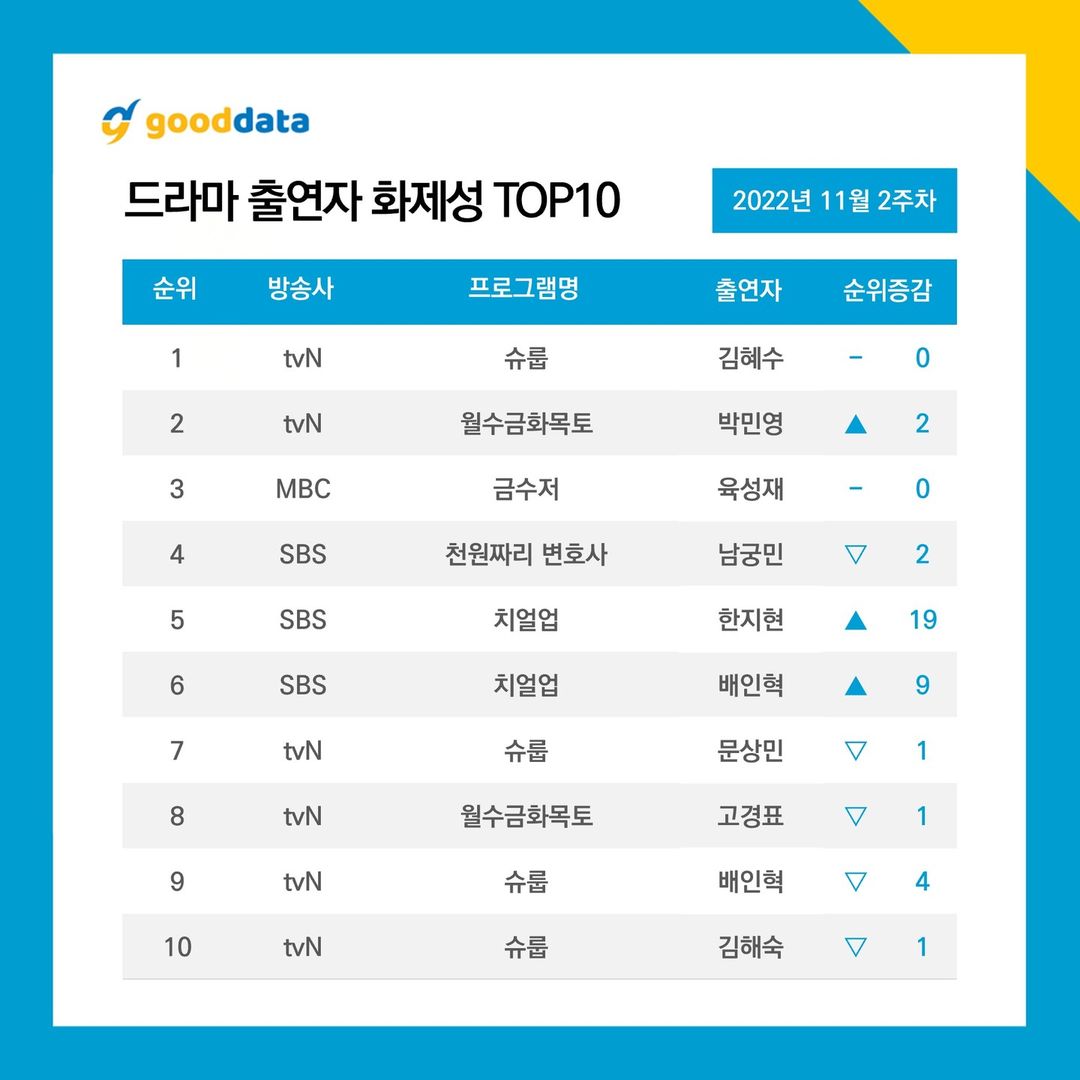 …or binge-watch all of “Bad Prosecutor” below!