EPEX is headed to the United States on their first-ever tour!

After kicking off their “Eight Apex” world tour in Korea earlier this week, EPEX has announced the dates and cities for the American leg! Their U.S. tour will begin in February 2023 with the group visiting New York, Reading, Atlanta, Chicago, Dallas, Houston, Las Vegas, Los Angeles, and San Francisco throughout the month. 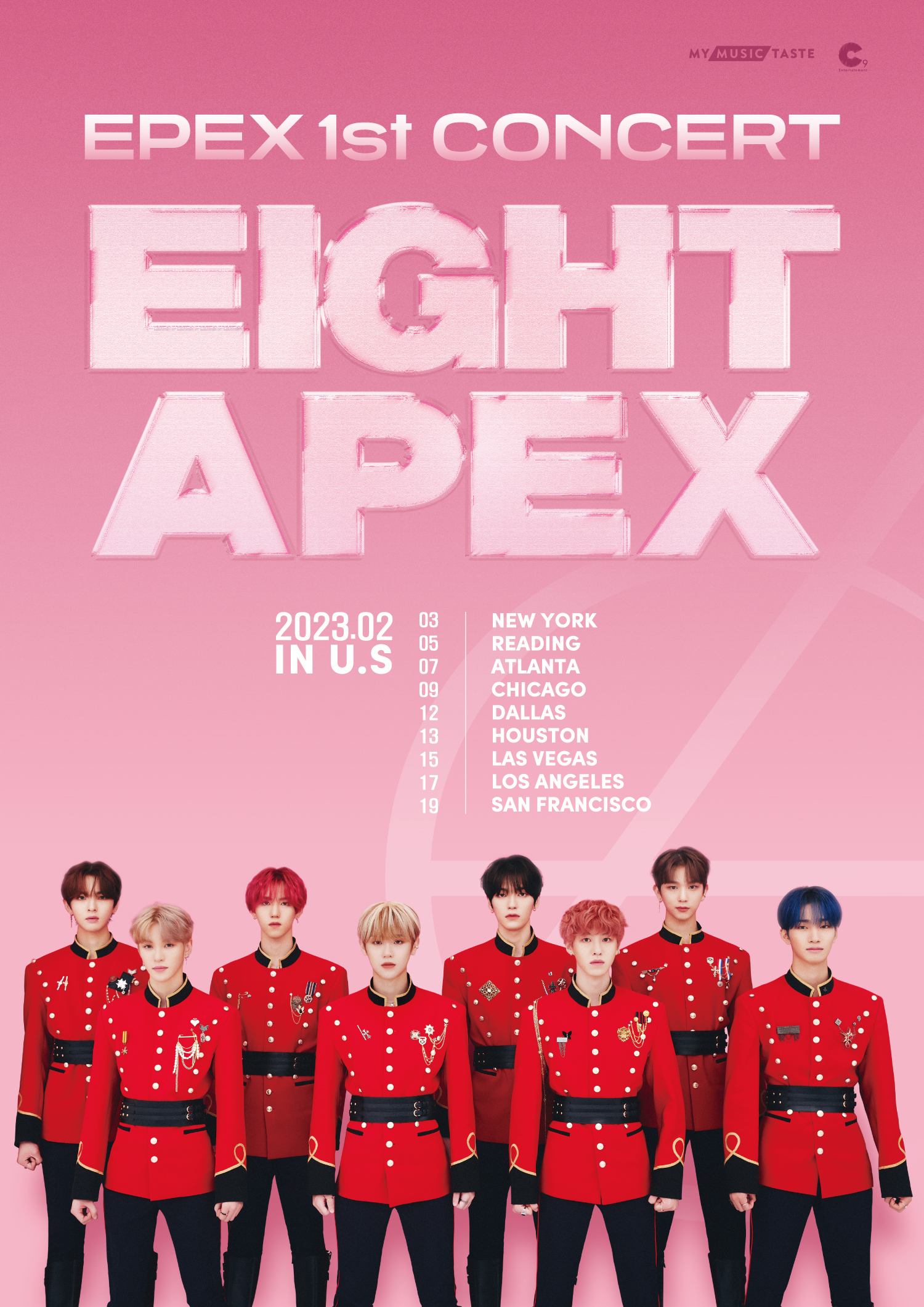 EPEX recently opened their tour with a two-night concert in Seoul on November 19 and 20. In December, they’ll travel to Japan to perform in Osaka and Tokyo before continuing with Taipei and Kuala Lumpur into the new year.

Last month, EPEX made their latest comeback with their fourth mini album “Prelude of Love Chapter 1. ‘Puppy Love,'” which features the title track “Hymn to Love.”

EPEX
How does this article make you feel?