Chae Soo Bin And Minho Dish On Their “The Fabulous” Characters, The Ups And Downs Of Acting And Getting Older, And More

“The Fabulous” is about the work, passion, romance, and friendships of young men and women who have thrown themselves into the fashion industry. It will portray their struggles to survive in the competitive fashion world and their flamboyant and passionate daily lives in the nation’s trendiest industry.

Chae Soo Bin takes on the role of Pyo Ji Eun, the manager of a PR agency for luxury brands, while SHINee’s Minho plays the freelance photo retoucher Ji Woo Min who has everything from looks to abilities. The one thing he lacks is passion, and he is not the type to be bound by work or love. With Pyo Ji Eun, he maintains a relationship that swings somewhere in between friendship and the beginning of a romance.

With regards to her similarities to Pyo Ji Eun, Chae Soo Bin commented, “The responsibility we feel for work and the passion we have to do well are very similar. She works hard to bear all the responsibility for the work she’s assigned so I also really related to her in situations where things unintentionally got tied up or there were misunderstandings. Ji Eun and I are both at an age where mistakes are inevitable. But Ji Eun’s work at the PR agency was incredibly interesting.” 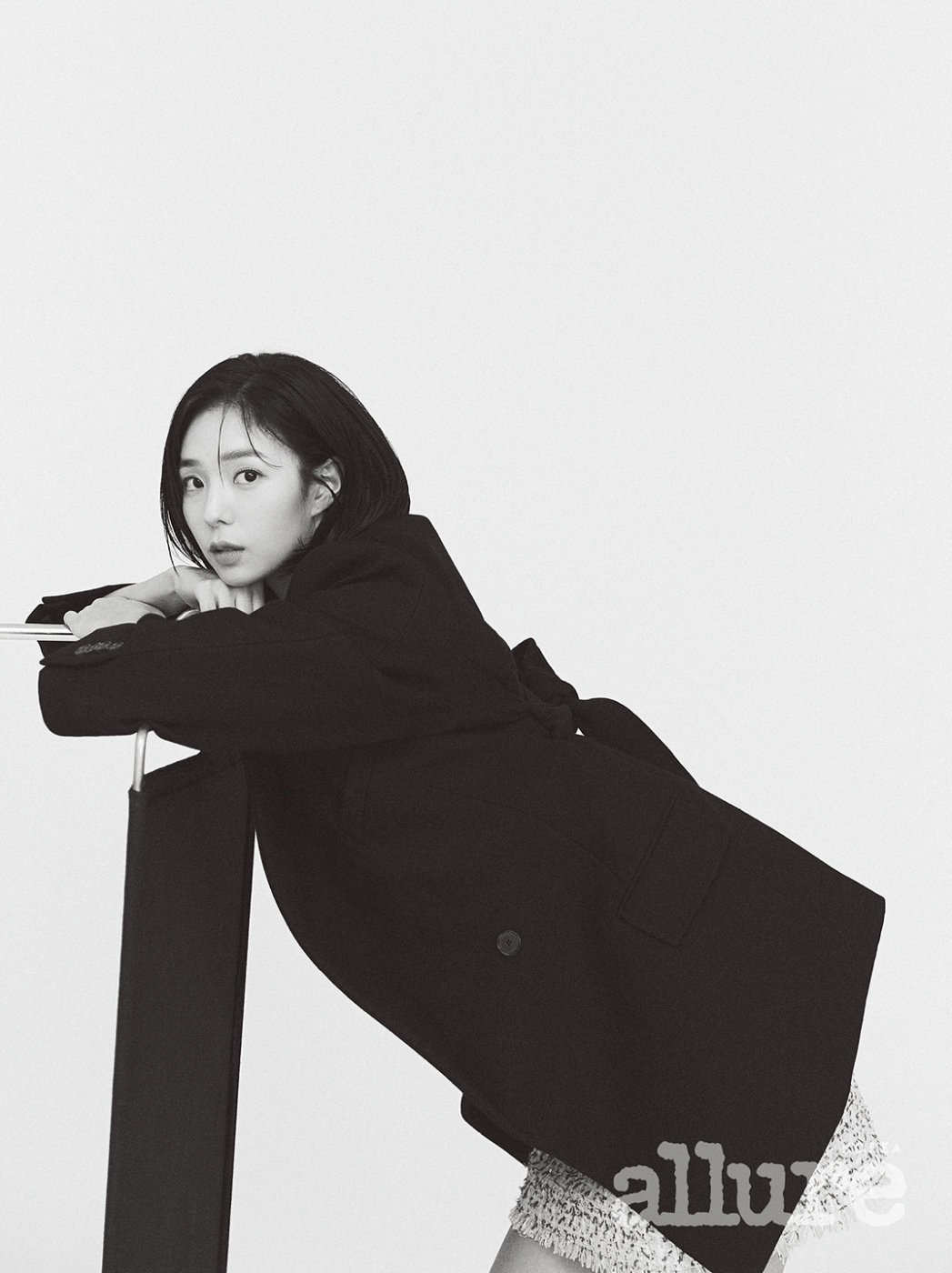 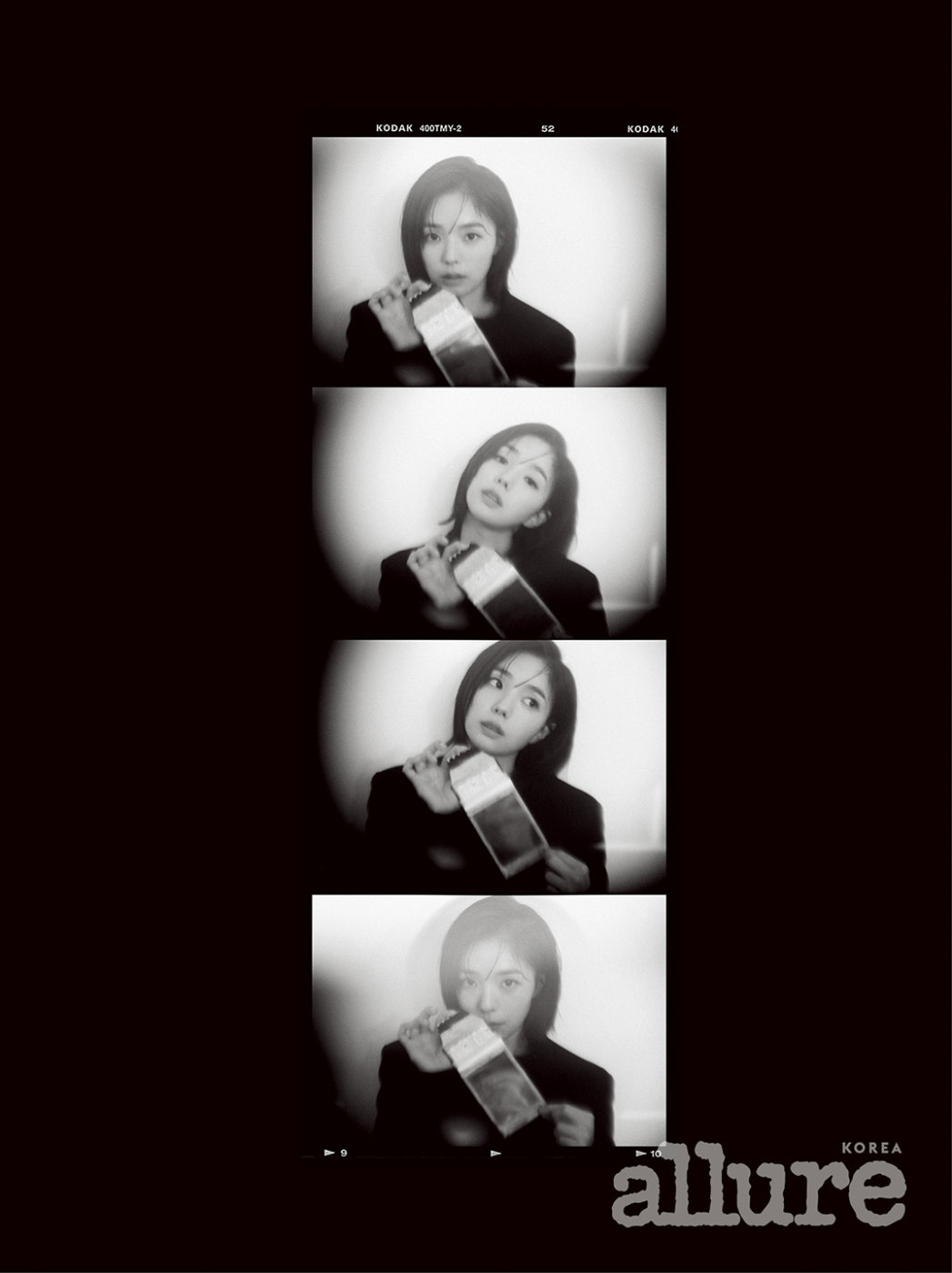 The interviewer mentioned that Chae Soo Bin and Minho’s chemistry was perfect on the set of their photo shoot, and the actress confirmed that their teamwork was just as great on their drama set. “Our set atmosphere in itself was extremely lively,” she shared. “When the drama is released, you’ll be able to see our ‘true friend’ chemistry.”

She added, “Minho takes care of those around him really well. He’s someone who willingly lends his heater, even when he must be cold too. He even carefully paid attention to those youngest on our set. Unlike [his character] Woo Min, Minho is full of passion. Thanks to Minho meeting the character of Woo Min that I saw in the script, I think a wide variety of aspects were livened.” 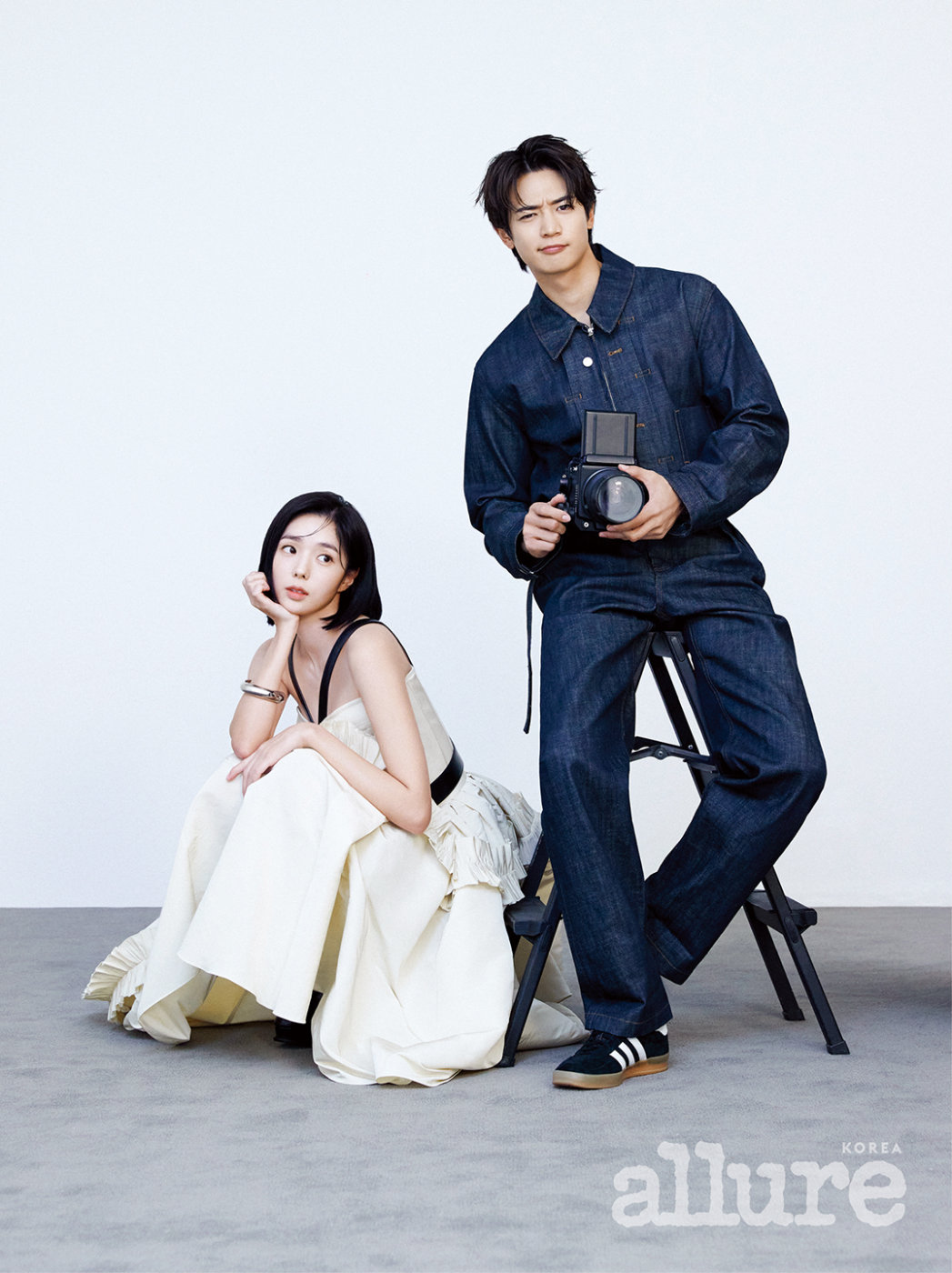 When asked if any project in particular was a personal turning point for her, Chae Soo Bin responded, “In one way or another, each project was a learning experience. There are projects that helped improve my acting skills and ones that helped me realize new values in terms of human relationships. There are also the lessons I’ve learned from meeting good seniors and colleagues. While there were obviously hard moments, they brought growth in one form or another.”

As she closes out 2022 with Allure Korea’s last issue of the year, Chae Soo Bin looked towards the new year and commented, “I turn 30 in 2023. It doesn’t feel real yet. I spoke with my friends saying, ‘We’re already thirty! How does that make sense?’ but as an actress, there’s a lot I’m looking forward to.”

2023 will also mark Chae Soo Bin’s 10th year of promotions. On what she’s most anticipating, she replied, “I have high expectations that the spectrum of roles I can take on in the future will become more broad and diverse. As an actress, I feel that this could now be the start. I always feel the same, but compared to when I started acting in my early twenties, a lot has changed. If I diligently build a foundation for the next 10 years, won’t I grow more in another direction?” 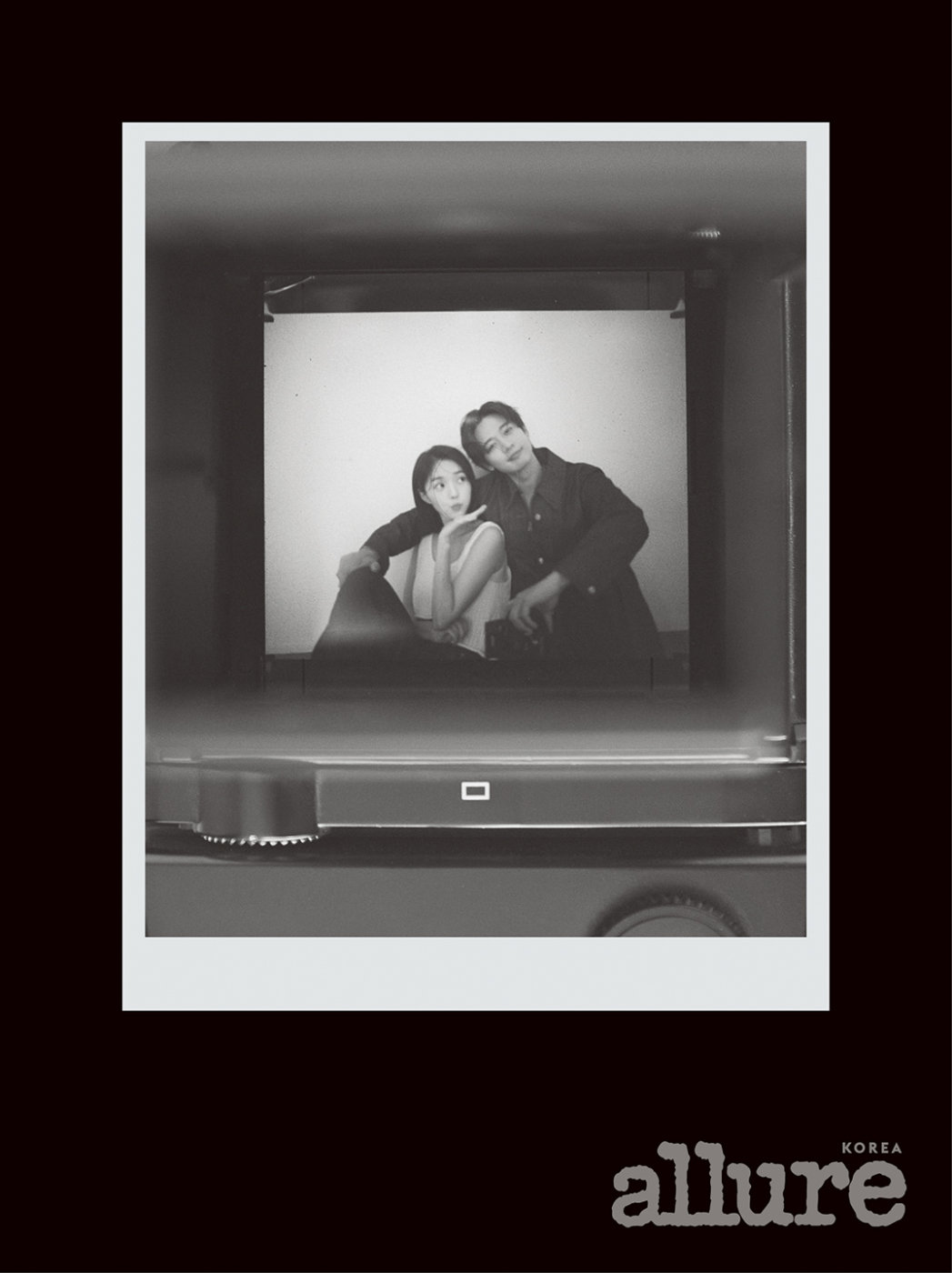 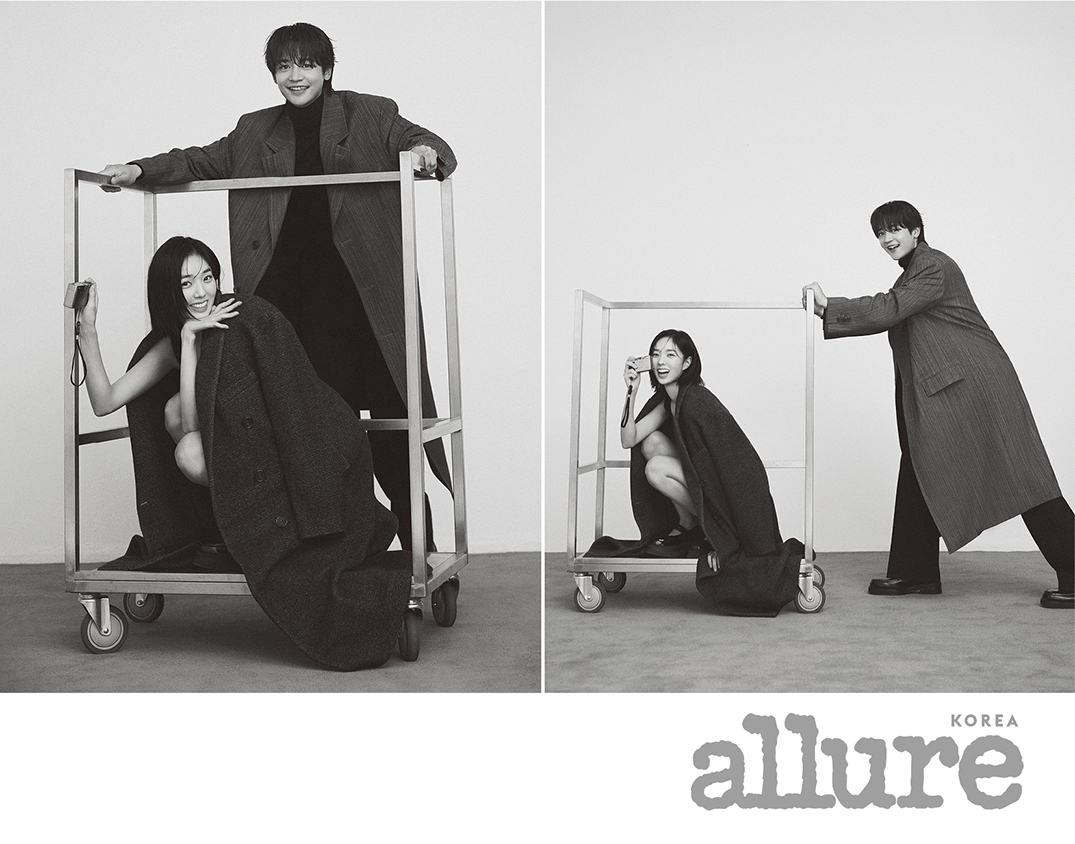 Minho touched on how “The Fabulous” does a good job at capturing the common concerns of people his age and shared that the drama will help answer many questions the audience has for the fashion and entertainment industry.

As mentioned by Chae Soo Bin, Minho’s character Ji Woo Min is known for having everything except passion. On the other hand, Minho is incredibly well-known for his passionate and fiery character. Minho explained, “[Ji Woo Min] is not an active character. While acting as Woo Min, I tried my best to hide myself. From one viewpoint, you could feel that he’s not doing anything, but honestly, there are aspects he’s hiding. I was really drawn to how Woo Min transforms as the story progresses.”

Despite having been in the industry for over 14 years, the interviewer commented on how Minho is still very much in his youth. He agreed but added that he doesn’t have many youthful years left. Minho explained with a laugh that the thing he wanted to keep most from his youth was his stamina and explained, “As time goes by, I can feel my stamina decrease. I didn’t know when I was younger. Since I like exercising, I think I feel it more. After running one or two hours, I used to feel no damage, but now it gradually builds.” 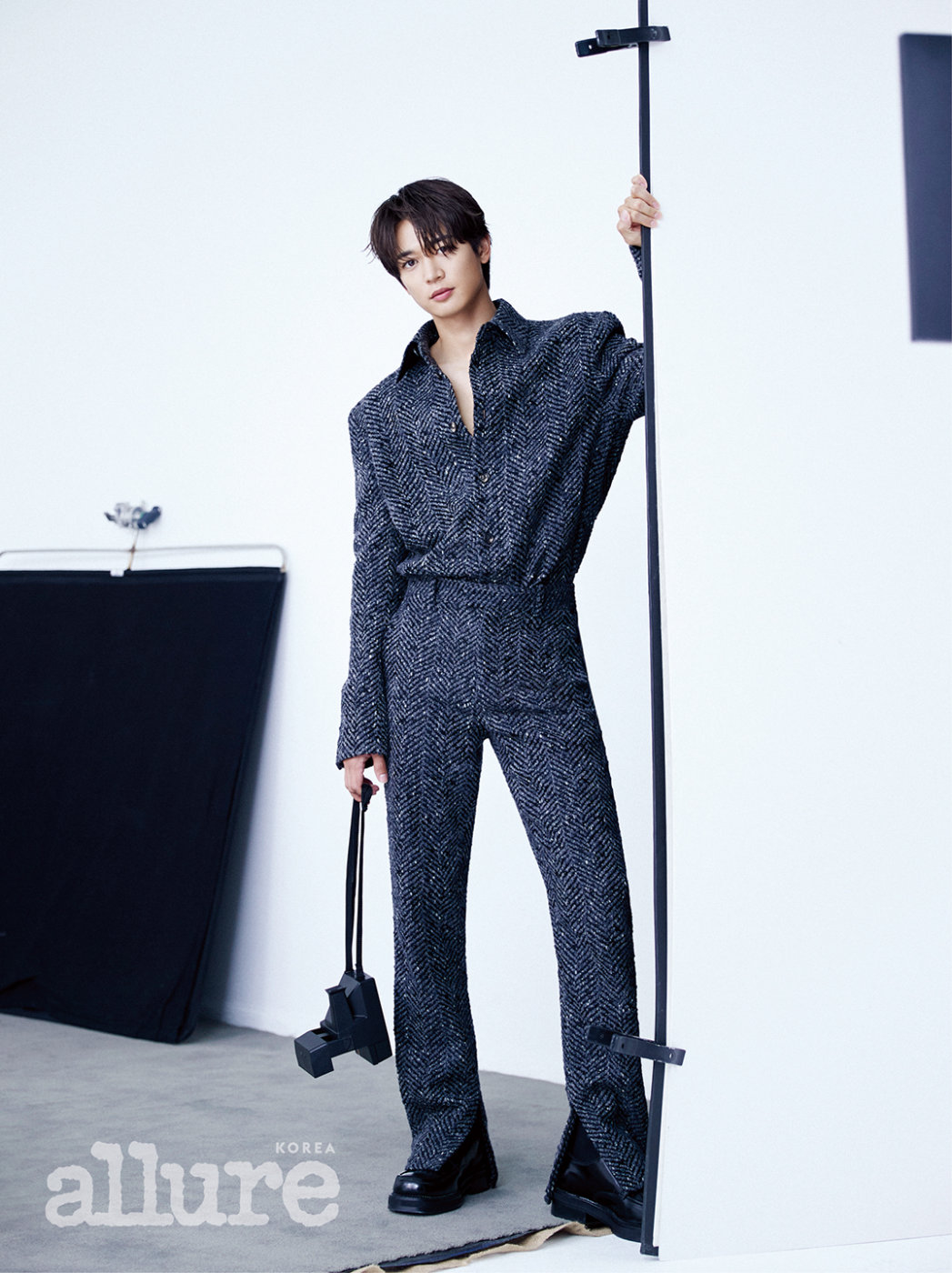 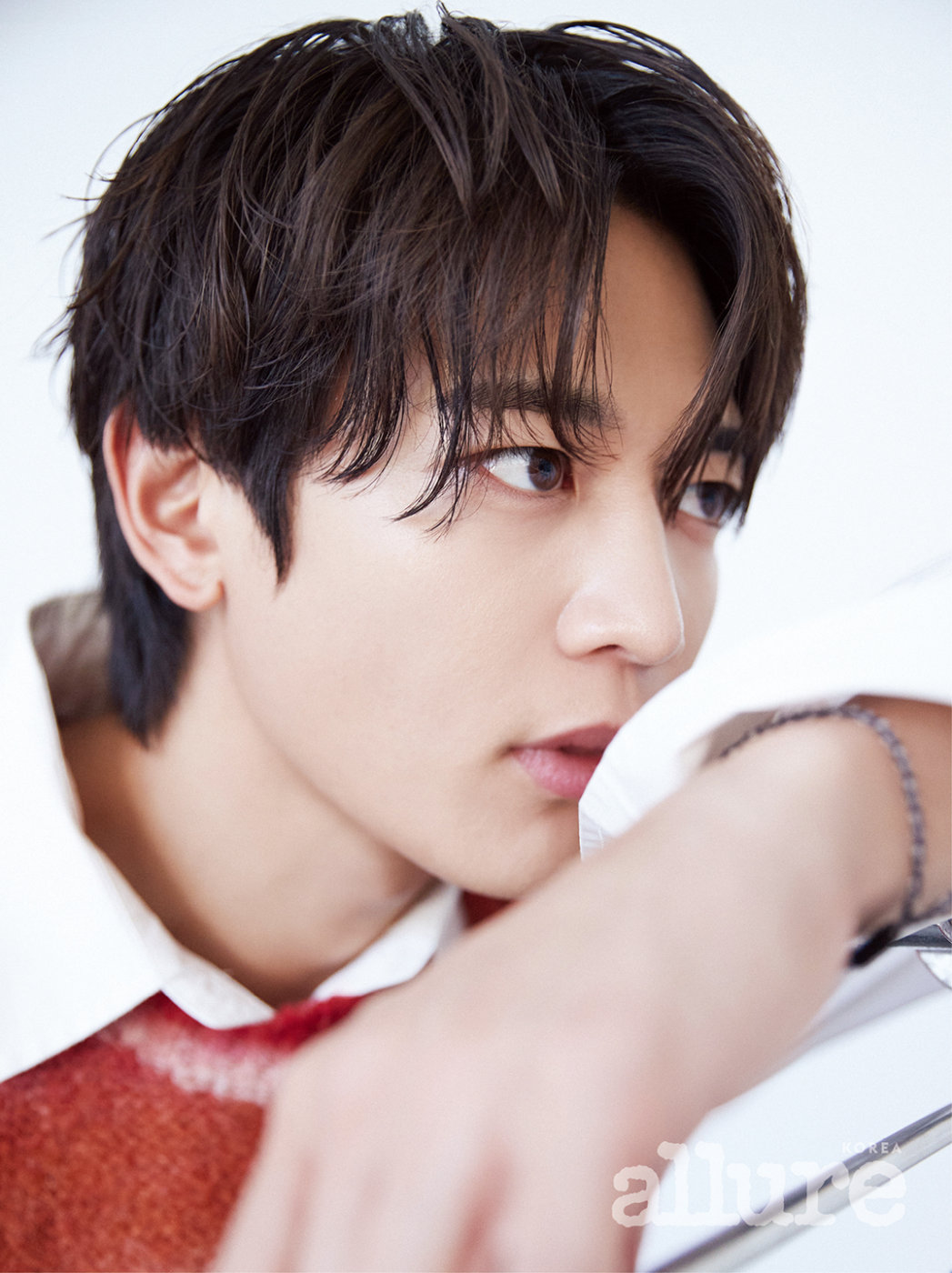 During filming for “Derailed,” Minho’s co-star Ma Dong Seok described him as “someone whose competitiveness for himself is expressed in a good way.” As he continues building his career, Minho explained that he tries to remain fiery, but it now feels like he’s flailing alone in empty space.

Minho elaborated, “I think I used to be stuck in the thought that I had to prove or show something. There were times when I wished my projects would do well, and to do that, I wondered what projects I had to choose and what I had to do to join those projects. Now, I think I’ve really let go of those aspects.” Minho added that although he is still competitive, he’s become someone who now better balances when that competitive side comes out.

On the ups and downs of being an actor, Minho shared, “It’s a career I’m thankful for where I receive the love and support of many people. There are so many good aspects. I think it’s a special charm that I get to experience various lives and diverse jobs while acting. On the other hand, I also torment and chip away at myself while thinking of how to become better. If you look at it negatively, it may not look good, but I personally feel joy in that journey too.”

Similar to Chae Soo Bin, Minho was asked what past experiences made him who he is today. He commented, “I can’t make a ranking of what was best and worst. Thanks to my past days creating both success and failure, I was able to grow. Everything has become condensed to make me who I am today.” 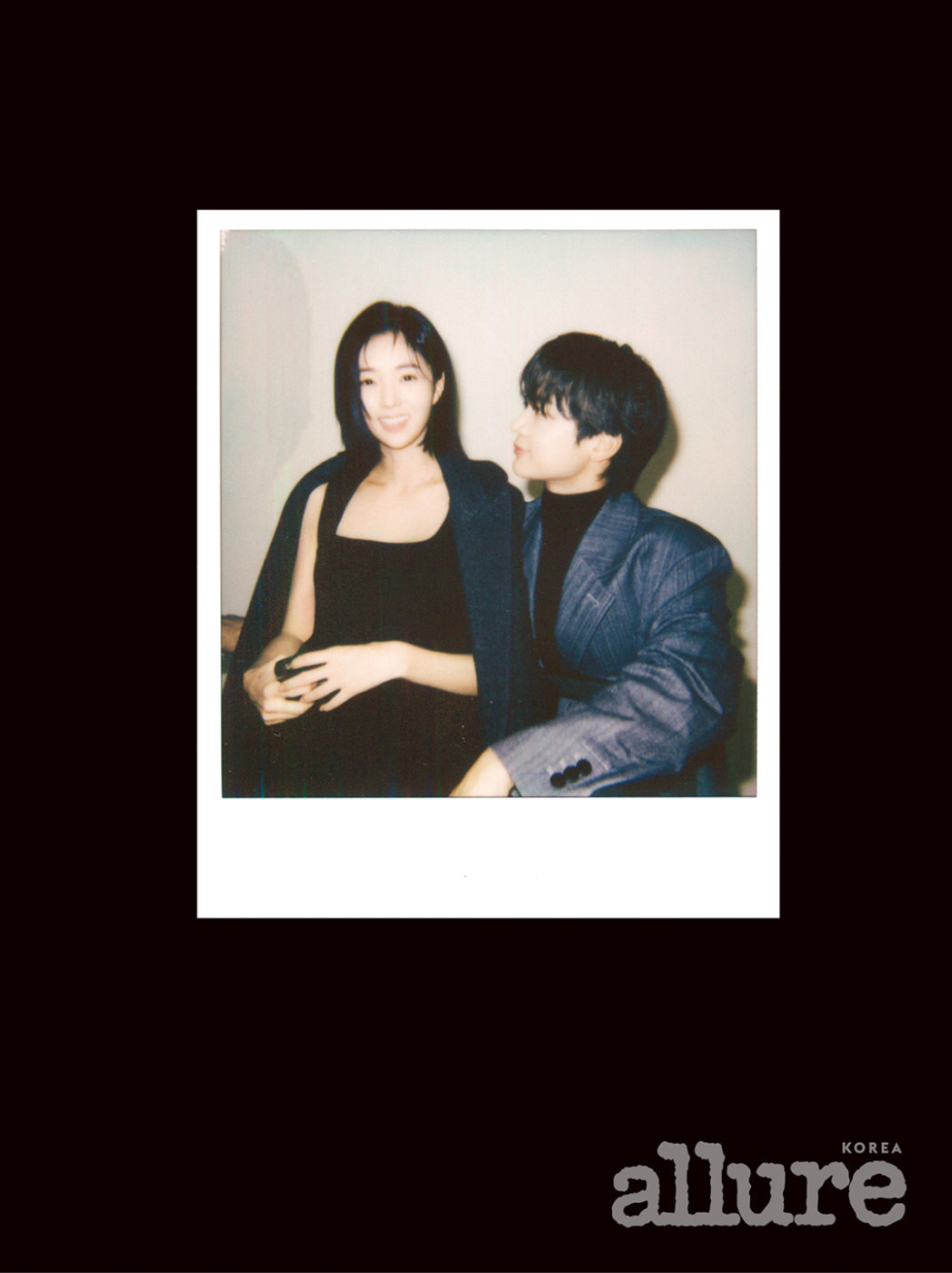 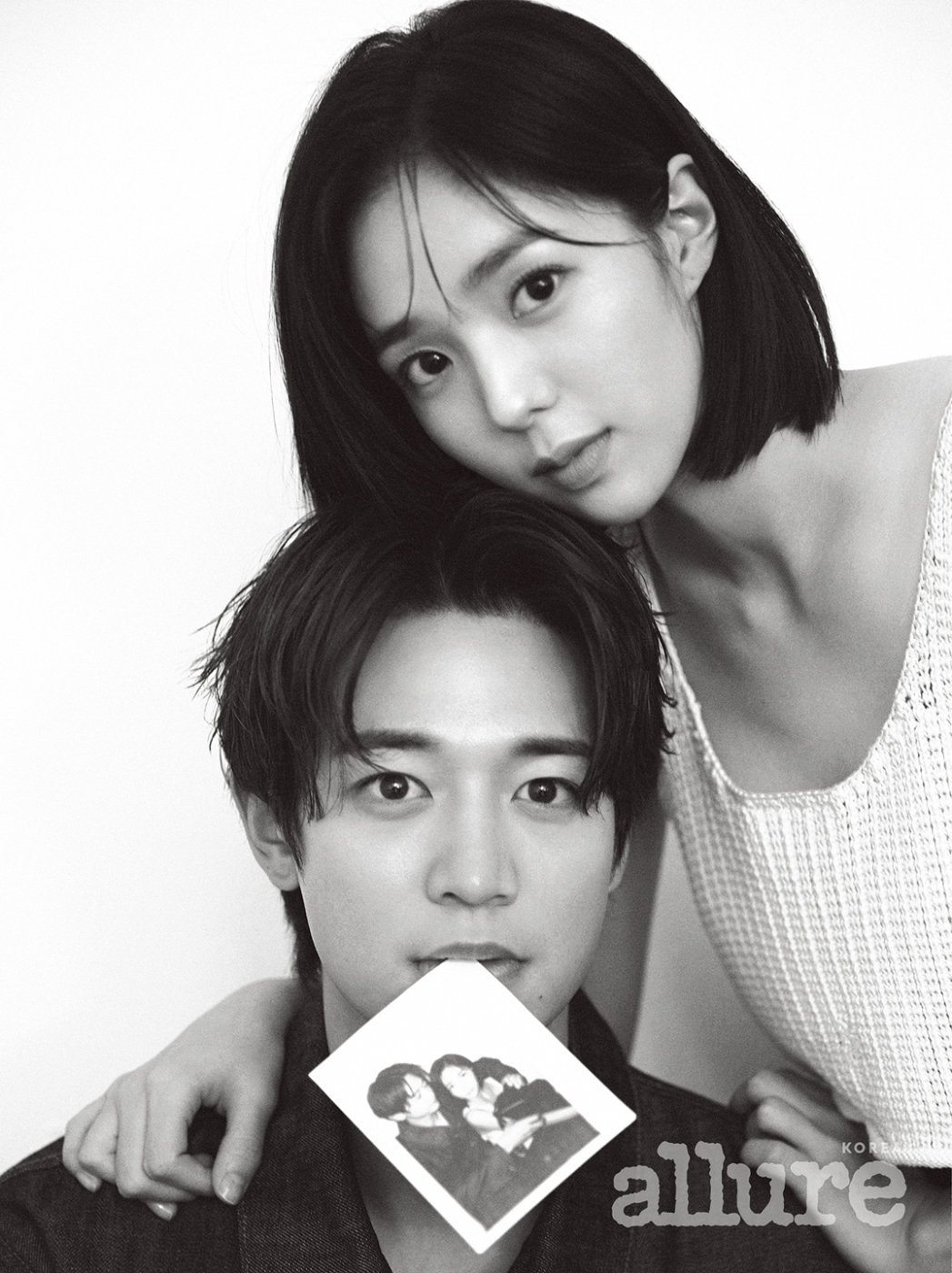 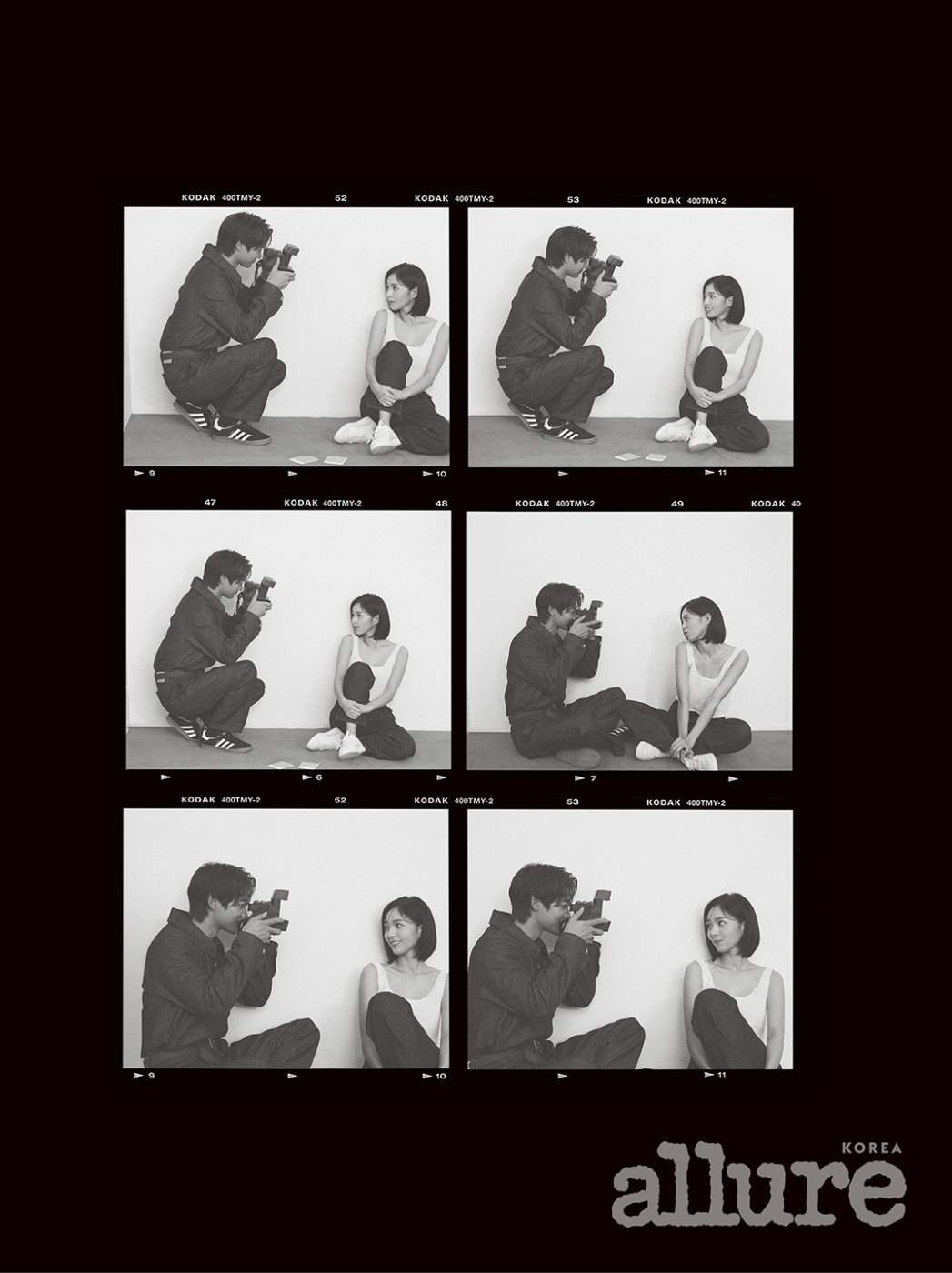 “The Fabulous” was originally set to broadcast on November 4, but the premiere was delayed following the Itaewon tragedy with a new date yet to be announced. Chae Soo Bin and Minho’s full interview and pictorial will be available in Allure Korea’s December issue!

In the meantime, watch Minho in “The Battle of Jangsari“:

SHINee
Chae Soo Bin
Allure
Minho
The Fabulous
How does this article make you feel?