Chuu has personally spoken up after her former agency BlockBerry Creative removed her from LOONA.

Earlier on November 25, BlockBerryCreative announced Chuu’s removal from LOONA, citing “violent language and misuse of power” toward a staff member as their reason. The agency followed up with an additional statement on November 28 explaining that their initial announcement was not meant to be an exposé, and that it was “the rights of Chuu herself and the staff who was harmed to provide the truth or evidence of this.”

In the evening of November 28, Chuu took to her personal Instagram account to speak up for the first time since her removal from LOONA. Read her statement below:

Hello, this is Chuu.

Thank you so much for your concern and comfort.

As I have not received any contact regarding this series of situations or know anything about them, I’m currently grasping the situation, but what I’m sure of is that I haven’t done anything that would be shameful to my fans. In the future, as my position is decided, I will share another statement.

Thank you so much for your concern and for trusting in me. 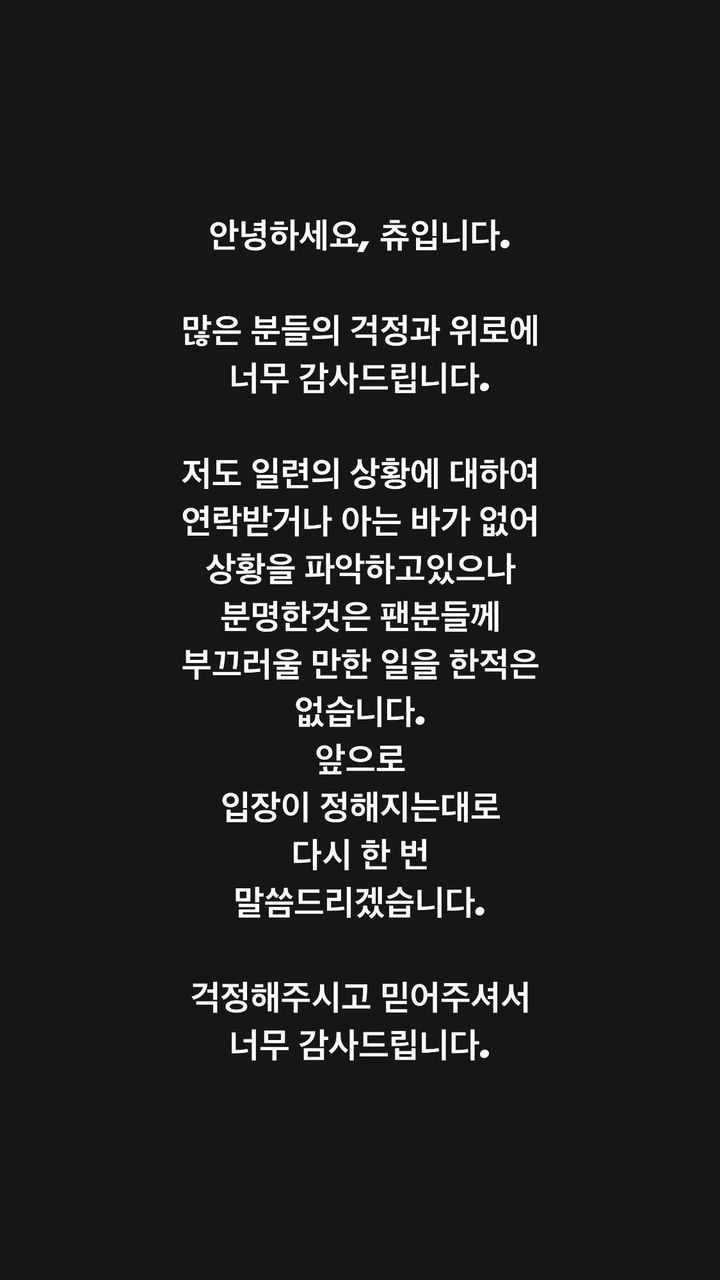 Earlier in the day on November 28, it was also reported that nine members of LOONA (HeeJin, HaSeul, YeoJin, Kim Lip, JinSoul, Choerry, Yves, Go Won, and Olivia Hye) had filed injunctions requesting for the validity of their exclusive contracts with BlockBerryCreative to be suspended. The agency has since denied the reports.

LOONA
Chuu
How does this article make you feel?