In the newly released poster for Season 2, the trio of leading ladies appear to have have fallen directly into a giant bottle of alcohol. Their rosy cheeks and hooded gazes give away the fact that they’ve been drinking, while Kang Book Goo’s expression of disbelief suggests that he’s been dragged into their antics against his will.

The caption playfully reads, “We’re always drunk. On friendship, on love, and above all else, on alcohol!” 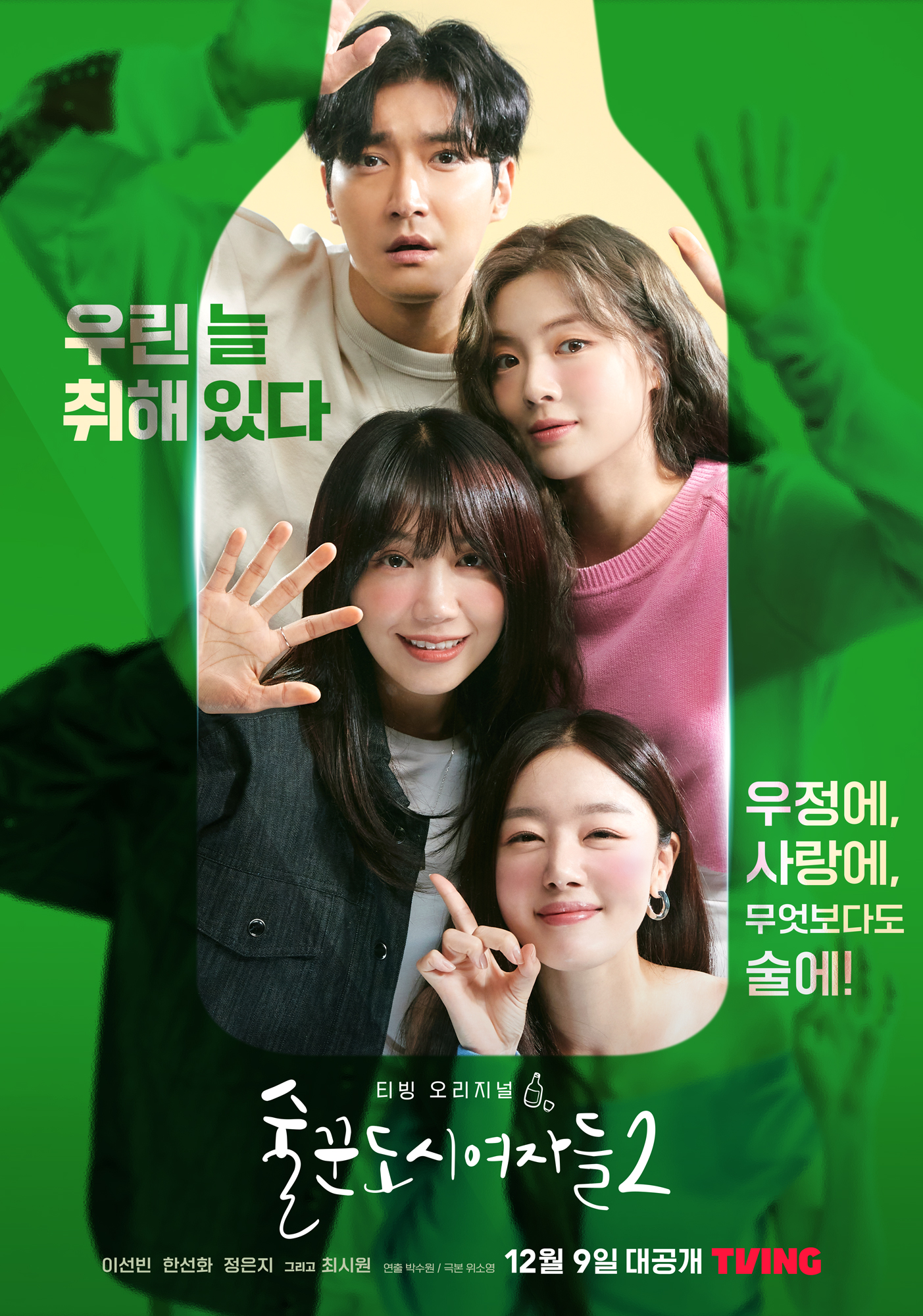 To find out what chaos lies in store for this beloved squad, tune in to the premiere of “Work Later, Drink Now 2” on December 9!

In the meantime, watch Choi Siwon in his currently airing drama “Love is for Suckers” below: