“Alchemy of Souls Part 2” has dropped another breathtaking poster of the two leads!

On November 30, tvN released a new poster which captures Jang Wook (Lee Jae Wook) and Nak Soo (Go Yoon Jung) making super close eye contact. The text that reads, “You, the only one who shines deep in my darkness,” depicts Jang Wook, who became a monster himself to catch monsters, being attracted to a woman with the face of Nak Soo who has lost her memory.

The poster perfectly portrays the dazzling moment of the two falling for each other when everything around them turns into light. In particular, the gazes of the two show a glimpse of them being instinctively attracted to each other as if they found a silver lining that will save them from deep darkness, making viewers’ hearts flutter. Anticipation is high for the chemistry created by the two. 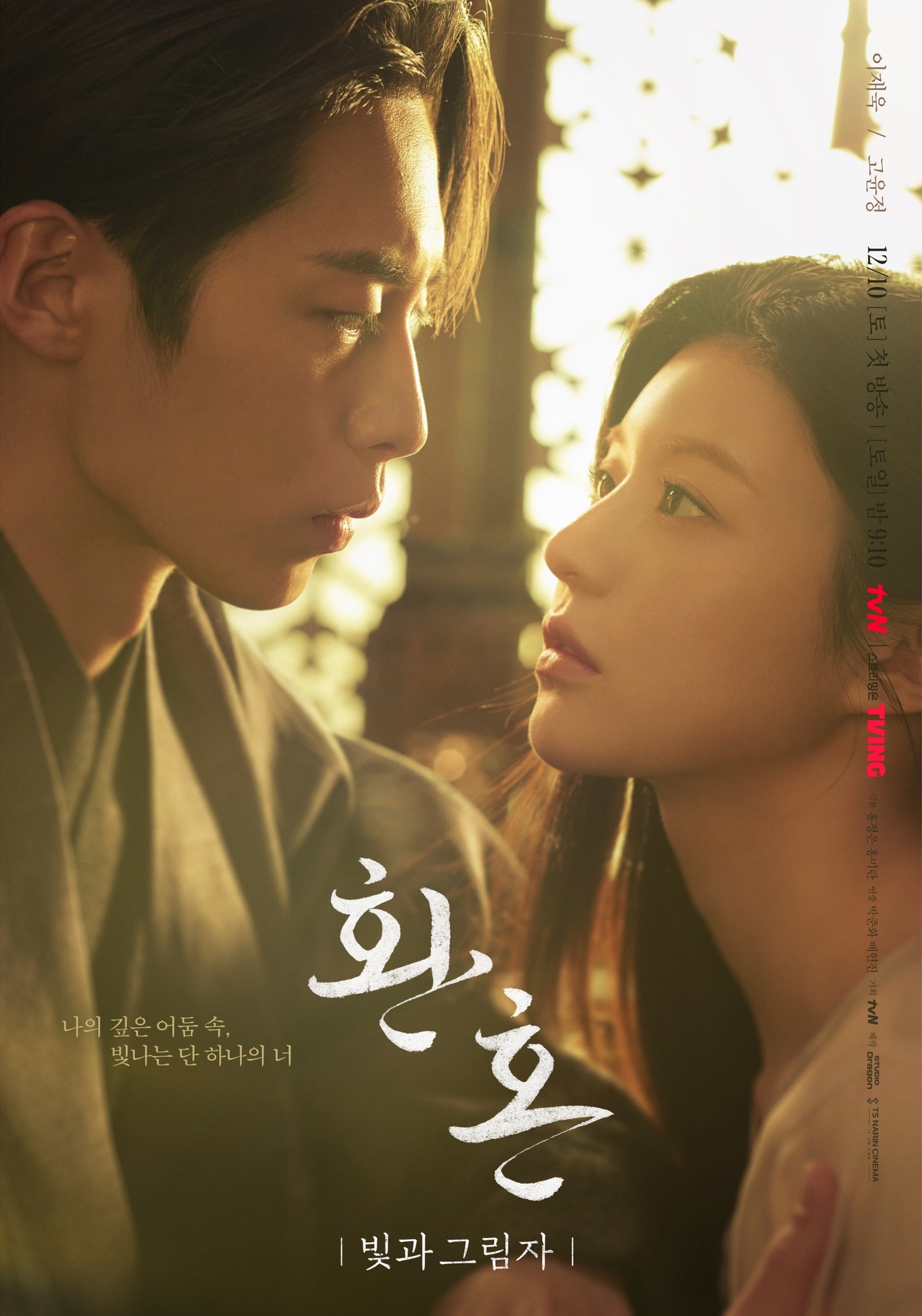 While waiting, watch Lee Jae Wook in “I’ll Go to You When the Weather is Nice”:

Also check out Go Yoon Jung in “He Is Psychometric”: