Seo Eun Soo is set to play a charismatic and robot-like secretary in “Unlock My Boss”!

Based on the original webtoon of the same name, ENA’s “Unlock My Boss” is a unique comedy thriller that depicts the story of Park In Sung (Chae Jong Hyeop), an unemployed job-seeker whose life changes after he picks up a smartphone that speaks to him and gives him orders.

This smartphone has trapped the soul of Kim Sun Joo (Park Sung Woong), the CEO of a big IT corporation called Silver Lining, and the story follows Park In Sung’s journey to infiltrate the CEO’s office to find the truth. On Park In Sung’s journey, he’s joined by secretary Jeong Se Yeon (Seo Eun Soo), who is more robot-like than AI technology itself.

The new stills of Seo Eun Soo as Jeong Se Yeon emphasize the character’s ability to remain professional and unbothered at all hours of the day. As CEO Kim Sun Joo’s secretary, Jeong Se Yeon has a thorough personality and knows how not to reveal her true emotions. No matter the time or place, Jeong Se Yeon is on standby and keenly observant of her surroundings. Jeong Se Yeon has no interest in others and does not show her emotions because she does not have the time to pay attention to what others think of her. 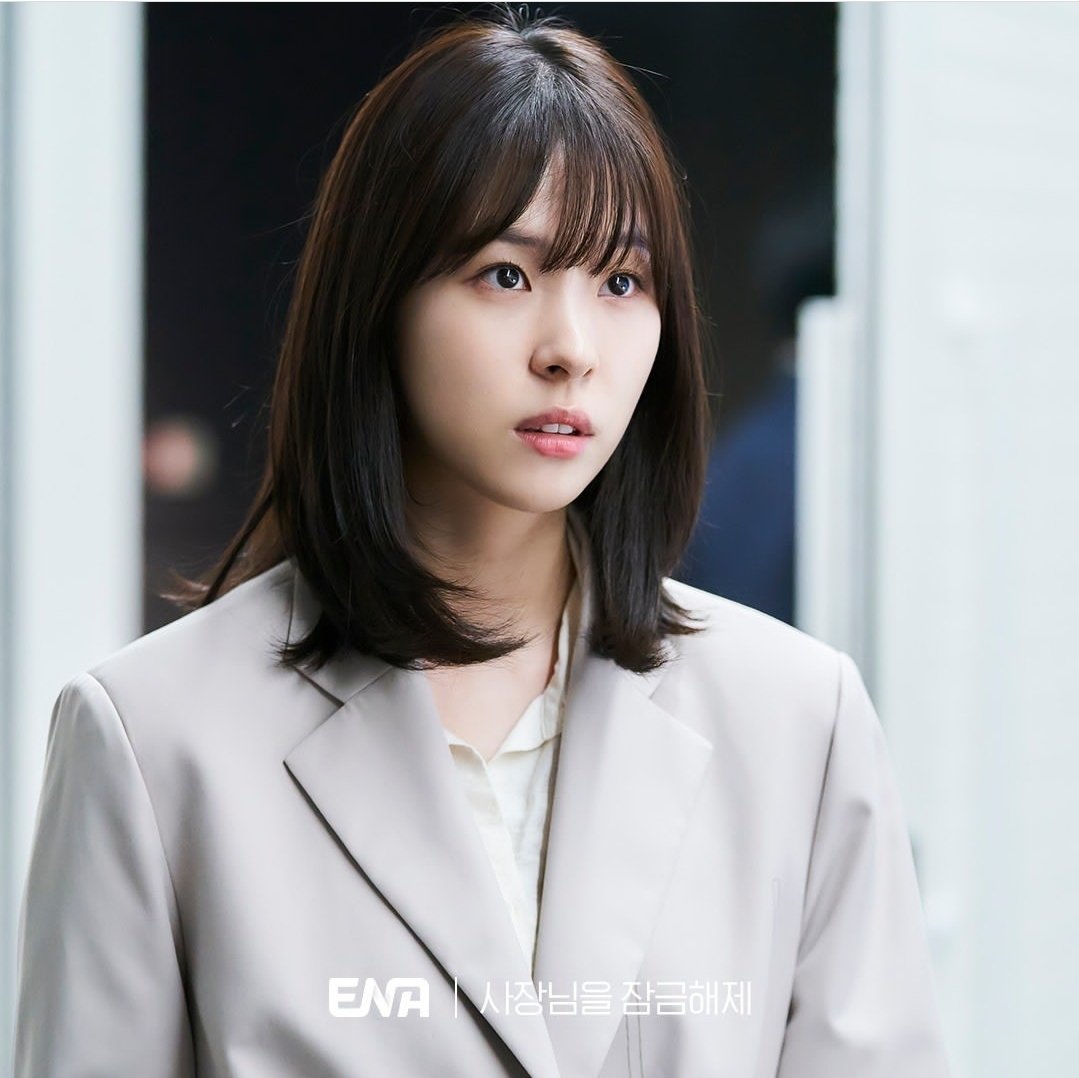 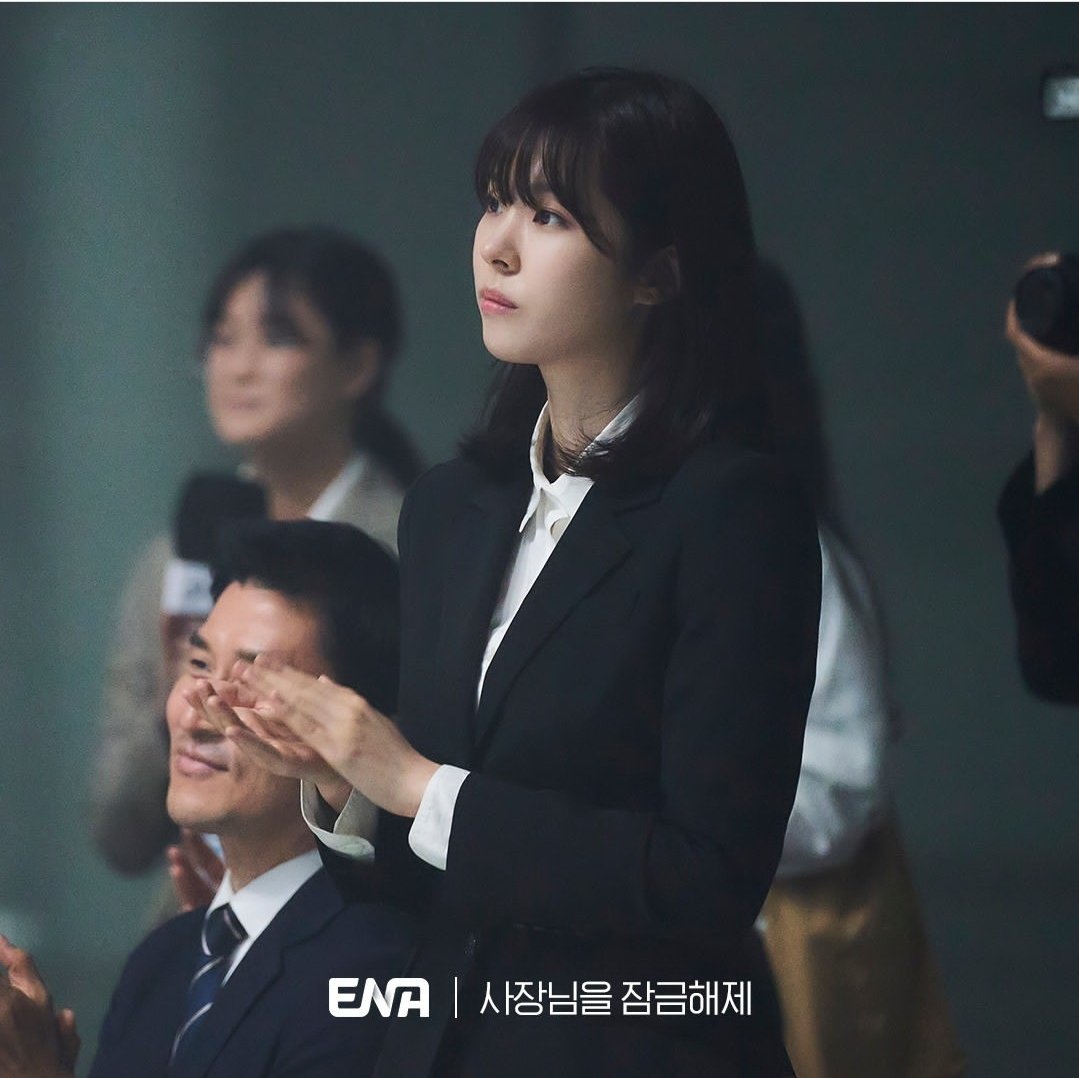 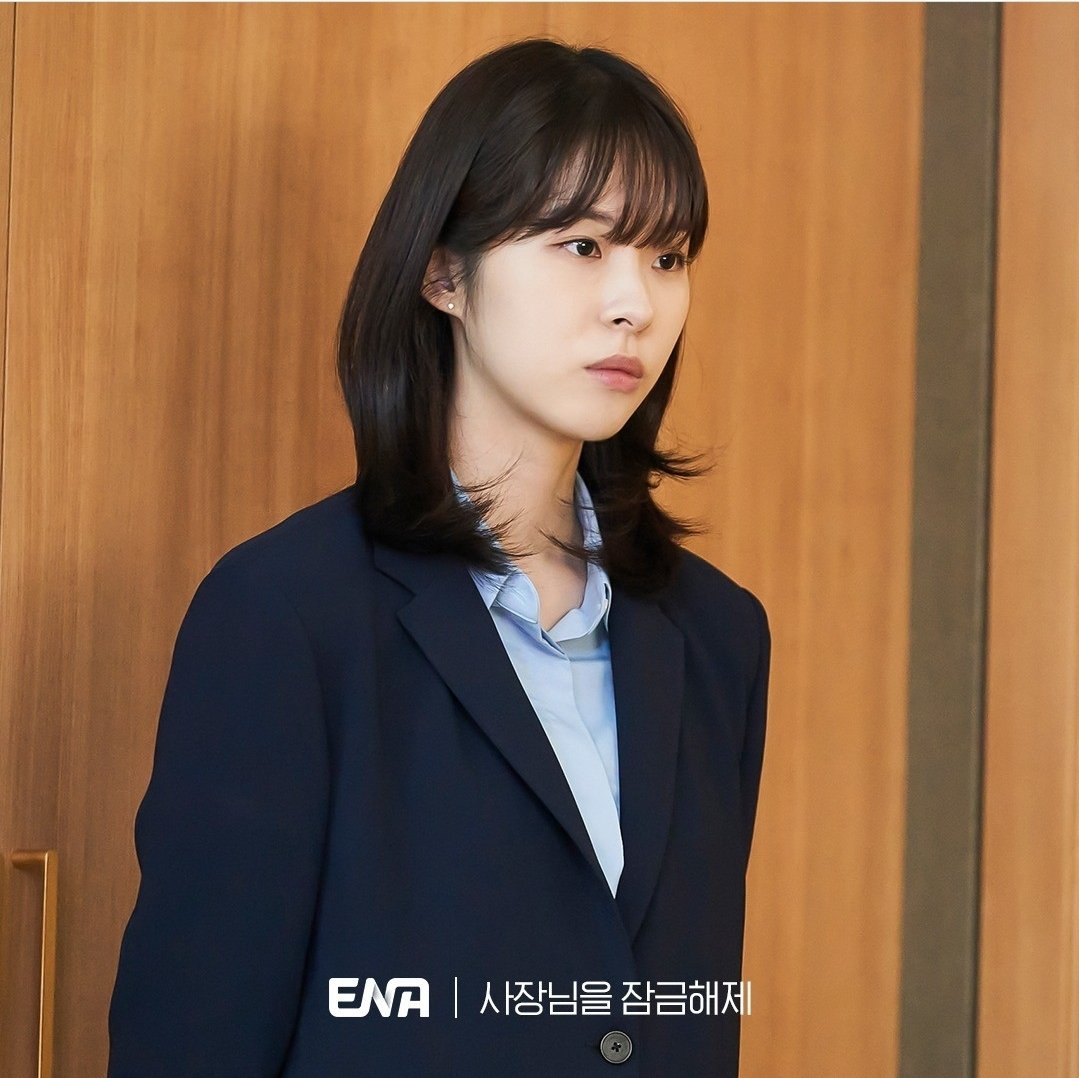 When Kim Sun Joo suddenly goes missing and is replaced by Park In Sung, the loyal Jeong Se Yeon undergoes a dramatic life change. Given how much Jeong Se Yeon knows about Silver Lining and CEO Kim Sun Joo, stay tuned to find out whether she will become an ally or enemy of Park In Sung.

Seo Eun Soo explained that she was drawn to the plot of “Unlock My Boss” and commented, “The script was so cheerful and fun. For the back story, I was really curious about how the situation would be expressed.” The actress chose “cooperation” as the drama’s most intriguing point and added, “‘Unlock My Boss’ is a delightful hybrid mutual aid investigation drama where In Sung, Se Yeon, and Sun Joo join forces to reach their goals.”

Regarding her character, Seo Eun Soo added, “She’s a character who’s lost her smile and her dreams. As she cooperates with In Sung and Sun Joo, the cold Se Yeon gradually becomes ‘unlocked’ too. I think that aspect is Se Yeon’s charm. I acted while immersing into the thoughts of Se Yeon’s goals and why she wants to take her boss out of the smartphone. Please stay tuned to see whether she can take out her boss who’s stuck in the smartphone, whether she’ll be able to solve the smartphone [lock] pattern, and the process of obtaining the password.”

ENA’s “Unlock My Boss” premieres on December 7 at 9 p.m. KST will be available on Viki!

Watch a teaser with subtitles below:

Seo Eun Soo
Unlock My Boss
How does this article make you feel?