The artists of SM Entertainment have a new winter album coming to brighten up the holiday season for fans!

It has now been revealed that on December 26, the artists of SM will release never-before-seen collaborations through the agency’s new winter album “2022 Winter SMTOWN: SMCU PALACE.” Those who pre-order the album between November 29 and December 4 will be given the opportunity to participate in the pre-recording for the free online concert SM will be hosting on January 1.

The “SMTOWN: SMCU PALACE” project is a continuation of “SMTOWN 2022: SMCU EXPRESS.” Under the concept of SMCU PALACE, a virtual space that exists within KWANGYA, performances, albums, experiences within the metaverse, and exhibitions will be presented to fans so that they can fully experience the newly expanded SMCU (SM Culture Universe).

On January 1, 2023, the agency will hold their “2023 SMTOWN LIVE: SMCU PALACE @KWANGYA” concert featuring all SM artists showing off rich and unrivaled performances that can only be seen at SMTOWN LIVE. The concert will be free to view and will be available on the SMTOWN YouTube channel and the Beyond LIVE global platform for global audiences. In Japan, the concert can be viewed through KNTV, LG U+ Idolplus and other platforms. 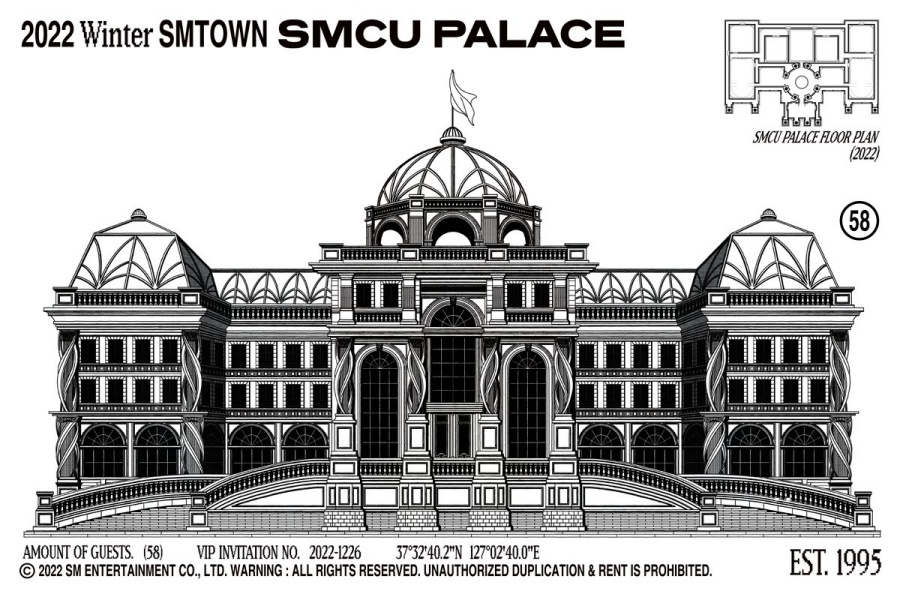 What collaborations are you hoping to hear on the new winter album and see in the concert on New Year’s Day?

SM Entertainment
SMTOWN
How does this article make you feel?