Billboard’s year-end Boxscore charts for 2022 are out—and BTS was the only artist to land in the top five more than once!

BTS’s four-night runs in Las Vegas and Los Angeles earned two of the top five Boxscores (a score summing up all shows that an act plays at a single venue during a given tour) on Billboard’s 2022 chart, which ranked concerts held between November 1, 2021 and October 31, 2022. 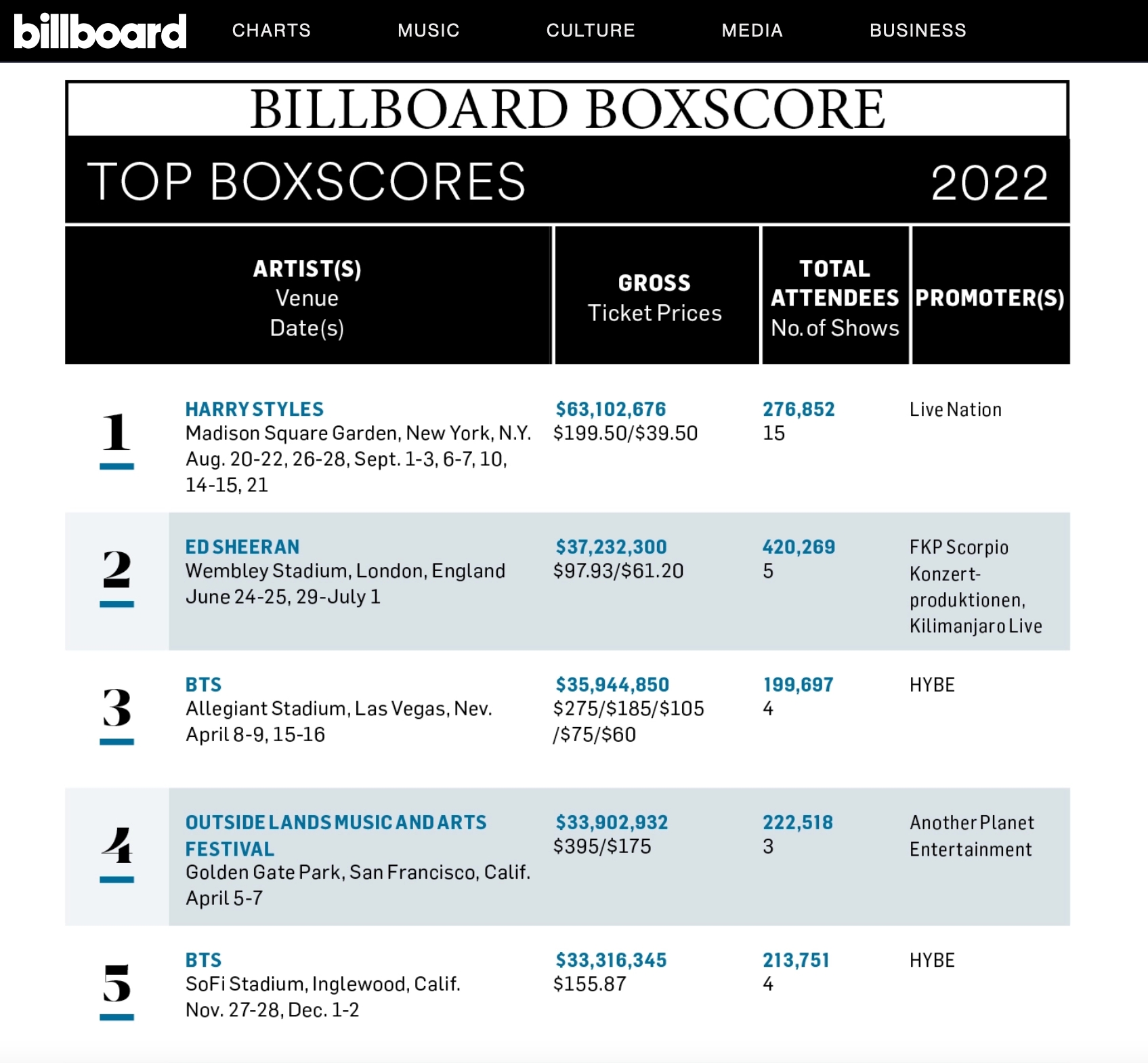 Additionally, despite playing only 11 shows during the tracking period, BTS ranked No. 27 on Billboard Boxscore’s Top Tours chart for 2022.