KARA has dished on Heo Young Ji joining the group, their latest comeback, and more!

On the December 3 broadcast of JTBC’s “Knowing Bros,” the five members of KARA appeared as guests to chat about their 15th anniversary album “MOVE AGAIN.”

During the broadcast, Han Seung Yeon shared that she was initially against Heo Young Ji joining their team, but for a very specific reason. She explained, “We proceeded with [finding] a new member through open auditions and Heo Young Ji came in. However, when we were taking test photos, [I realized] she looked so similar to me.”

Han Seung Yeon continued, “She was younger, paler, and taller than me. Since our images overlapped so much, I was against it and asked them to think over it again. However, Heo Young Ji came in [to our team] after receiving so much love at the open audition.” 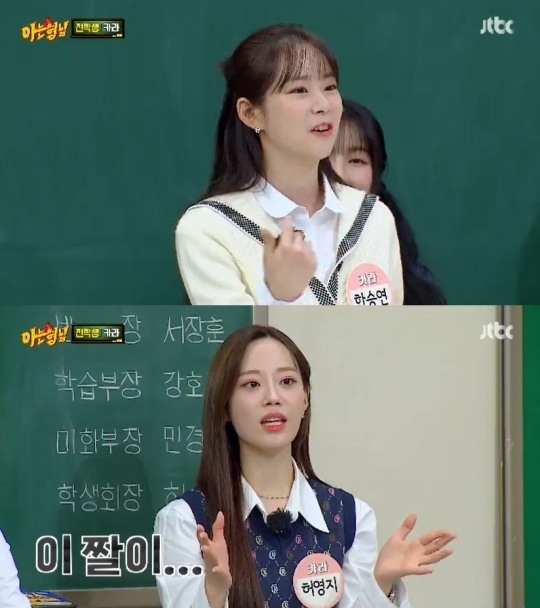 Nicole revealed that for the group’s recent comeback, she organized their choreography concept, set-up, and genre as their dance director. However, she revealed that their first day of practice was more shocking than expected, due to the members’ lack of core strength.

Heo Young Ji touched on the intensity of their choreography, commenting on how she hurt her knees on the first day after practicing for six hours straight. But when Nicole was asked about the choreography difficulty, she shocked her members by answering, “I don’t think [the difficulty] is that high.” She made everyone laugh as she confessed, “I was shocked on the first day but I didn’t show it and remained positive. Then when I went home, I ordered malatang, opened a bottle of whiskey, and thought, ‘What do we do?'”

Han Seung Yeon chimed in, “In this choreography, we roll our arms back, bend our shoulders, and keep crouching down and getting back up. After practicing for three days, I went to the hospital and spent tons of money.” She added, “On our way home, Gyuri and I talked about whether there would be a compromise because we aren’t only living until the end of these promotions and need to keep living with these same knees.” 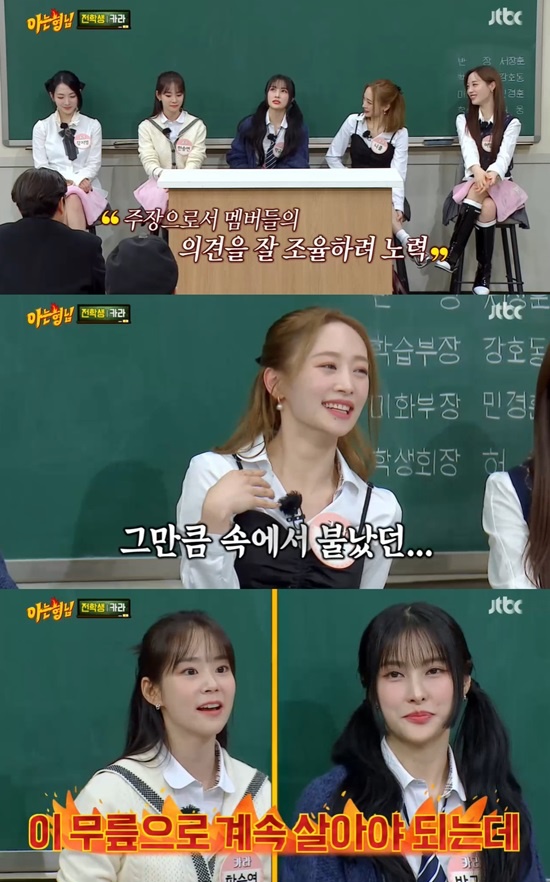 Check out KARA’s performances of “WHEN I MOVE,” their past hit songs, and LE SSERAFIM’s “ANTIFRAGILE” on “Knowing Bros” here!

Catch full episodes of “Knowing Bros” with subtitles below:

Knowing Bros
KARA
How does this article make you feel?