“Kkokdu’s Gye Jeol” (literal title, also meaning “The Season of Kkokdu”) is a fantasy romance which tells the story of a grim reaper named Kkokdu who comes down to this world to punish humans every 99 years. Kkokdu meets Han Gye Jeol, a doctor with mysterious abilities, and starts working as a visiting doctor.

Prior to the start of the script reading, director Baek Soo Chan warmly greeted the team, saying, “I’m very honored to be here,” while director Kim Ji Hoon mentioned the great synergy from the cast even though it was their first meeting and commented, “The team atmosphere is so good.”

In his role as Kkokdu, Kim Jung Hyun immediately caught everyone’s attention with his dynamic acting. Kkokdu is the eccentric god of the underworld who angered the Creator. With his playful tone during bickering scenes with Han Gye Jeol (Im Soo Hyang) and contrasting powerful charisma when he punishes an evil person as the grim reaper, Kim Jung Hyun reliably led the reading.

Im Soo Hyang will play Han Gye Jeol, a skillful doctor with a mysterious ability that only works on Kkokdu. Im Soo Hyang terrifically portrayed the dramatic emotional changes that her character experiences as she became entangled with the grim reaper Kkokdu who has entered a human body. Viewers are curious to see what will happen between the two and what kind of story will they present. 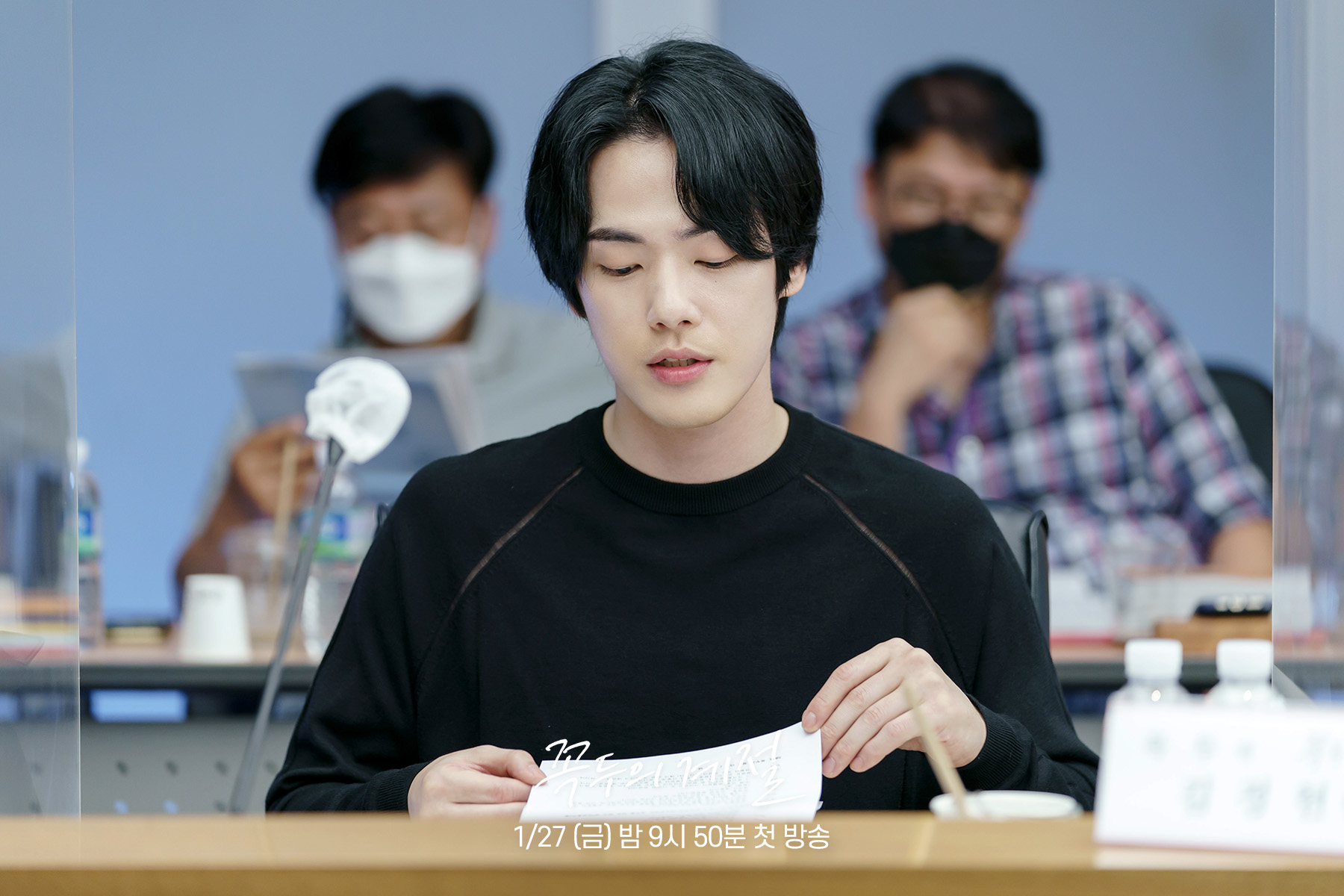 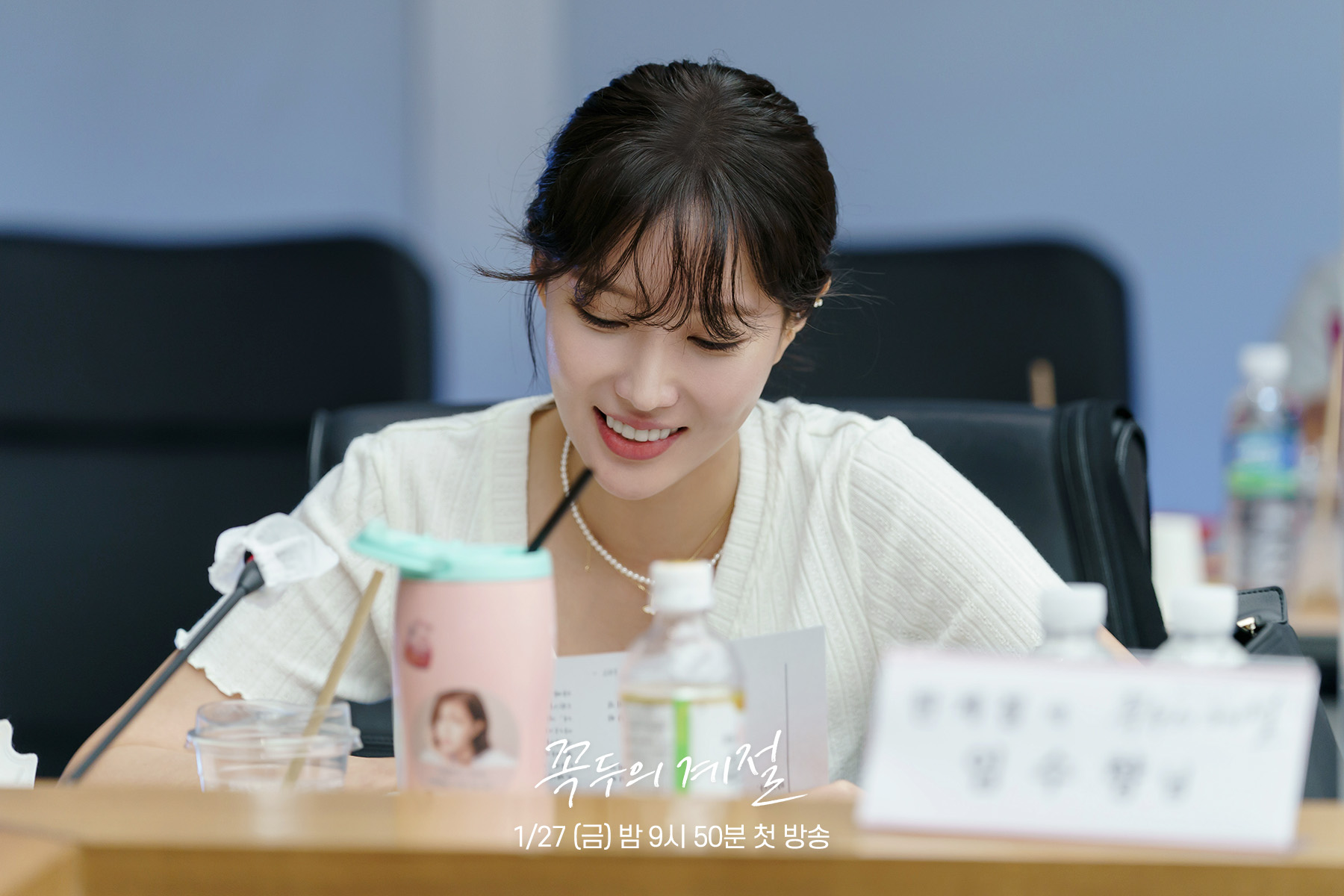 On the other hand, Dasom nailed her portrayal as the golden girl Tae Jung Won with her aloof speaking tone and subtle cute charm, while An Woo Yeon, who plays the role of detective Han Chul, showed his diverse acting spectrum by making mischievous faces when he’s in front of his big sister Han Gye Jeol yet turning into a fiery detective who can’t tolerate injustice when he’s in his workplace. 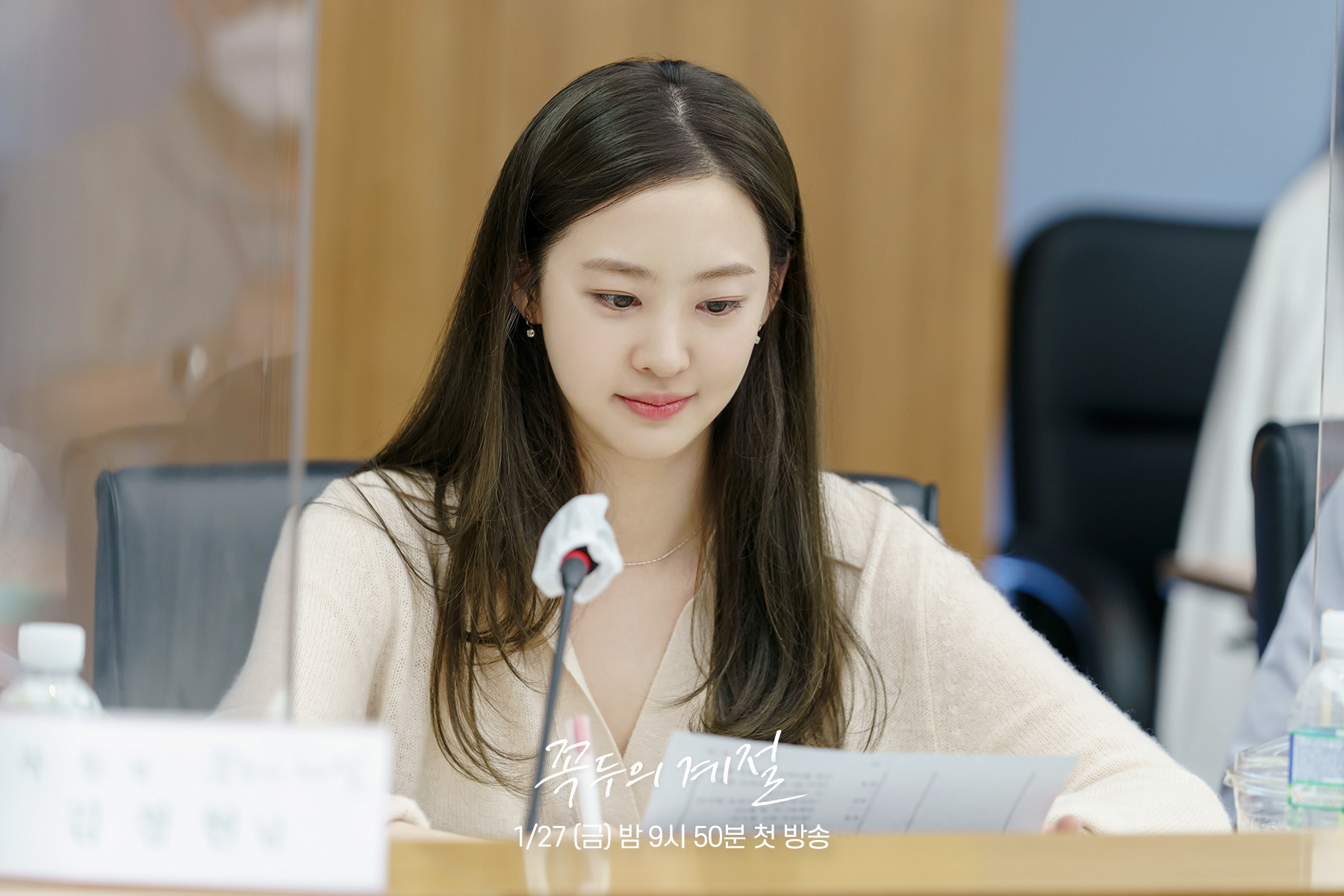 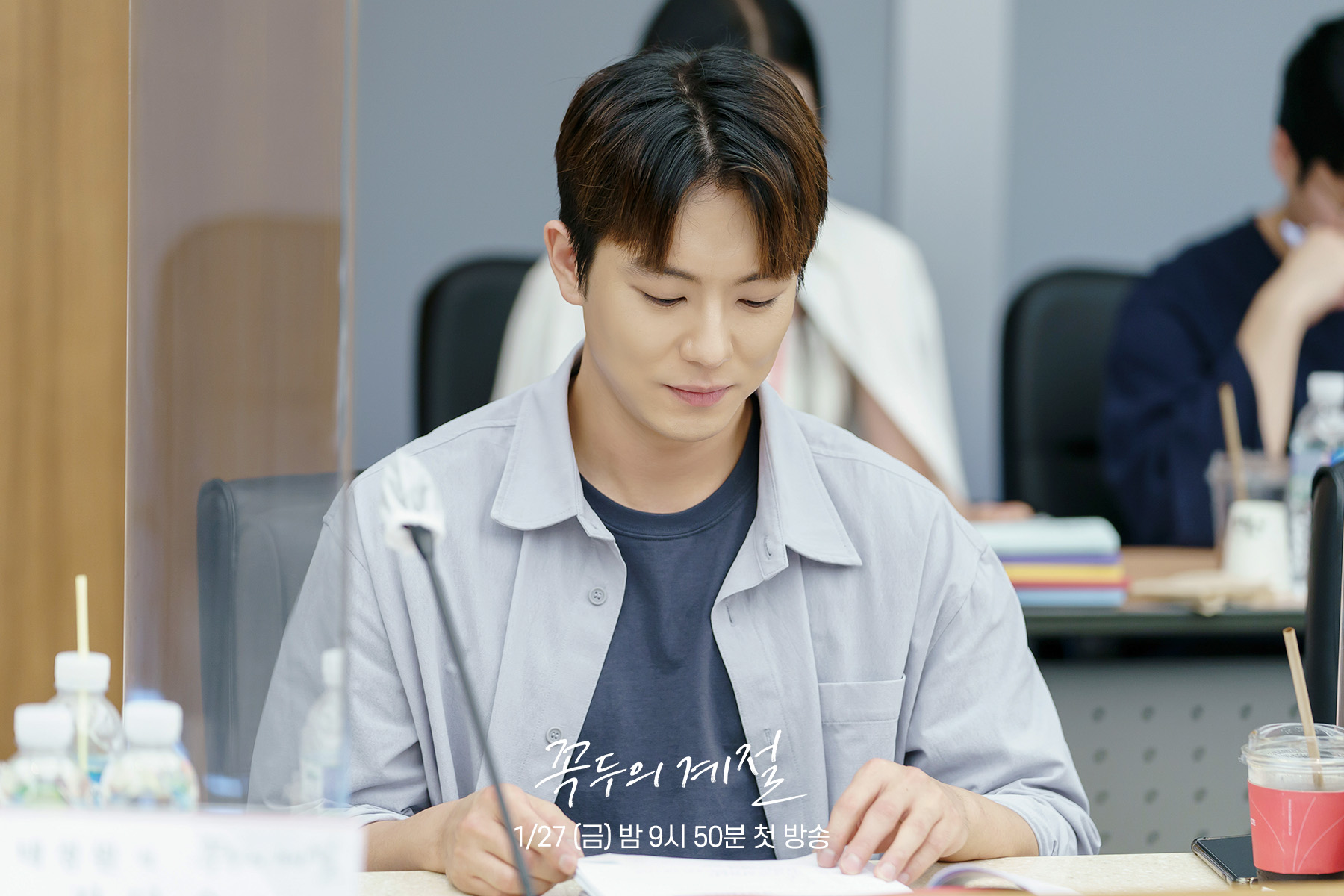 The chemistry between veteran actors Kim In Kwon, who plays the god of greed Ok Shin who takes care of Kkokdu, and Cha Chung Hwa, who portrays the god of rumors Gak Shin, was also outstanding. Kim In Kwon, who promised to “ruin his image to his heart’s content,” completely transformed into the impossible-to-hate, oblivious, and clueless god Ok Shin. Meanwhile, Cha Chung Hwa also added a sense of realism to the fantasy drama with her delightful and funny charm as the intuitive god Gak Shin. 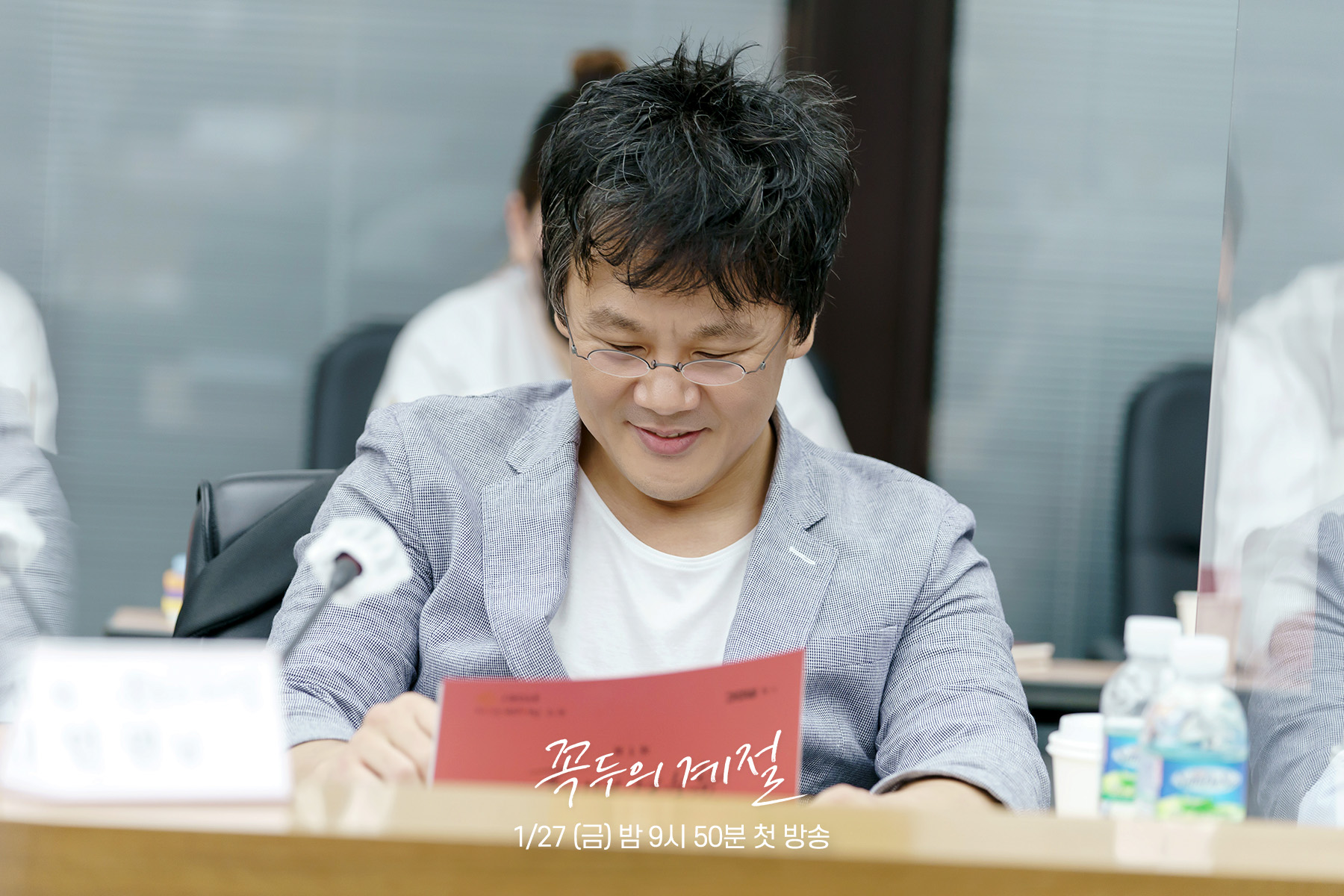 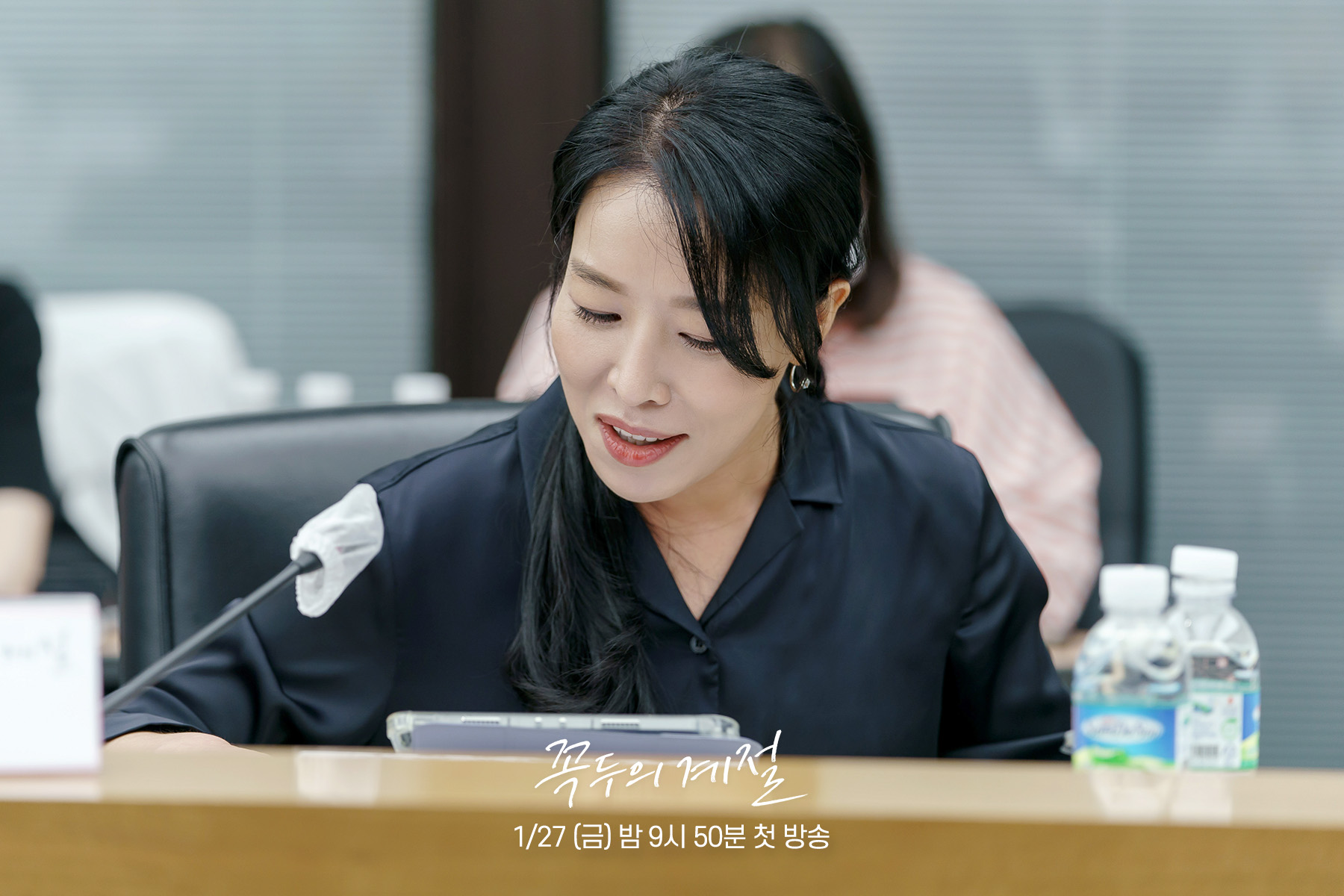 Check out a video from the script reading below!