2022 has been another great year for K-entertainment with many new exciting dramas, films, and variety shows having been released. Check out some of the newly available titles on Viki to add to your binge list this holiday! 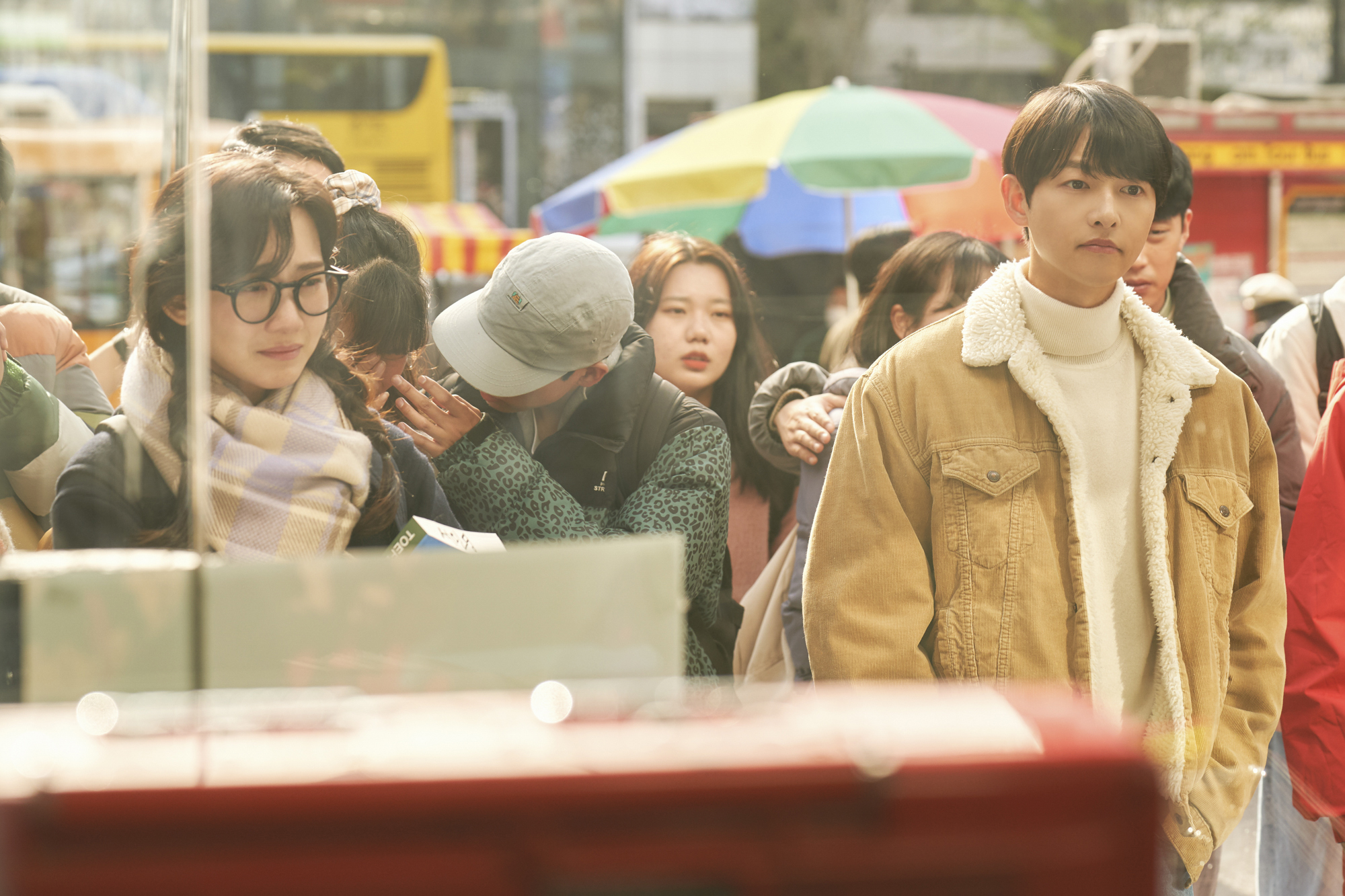 “Reborn Rich” is a fantasy drama starring Song Joong Ki as Yoon Hyun Woo, a loyal secretary to a chaebol family. When he dies after being framed for embezzlement by the very family that he had faithfully served, he is reborn as the family’s youngest son Jin Do Joon, and he plots to take over the company in order to exact revenge. The drama also stars Shin Hyun Been as anti-corruption investigation prosecutor Seo Min Young and Lee Sung Min as Jin Yang Chul, the head of Soonyang Group. 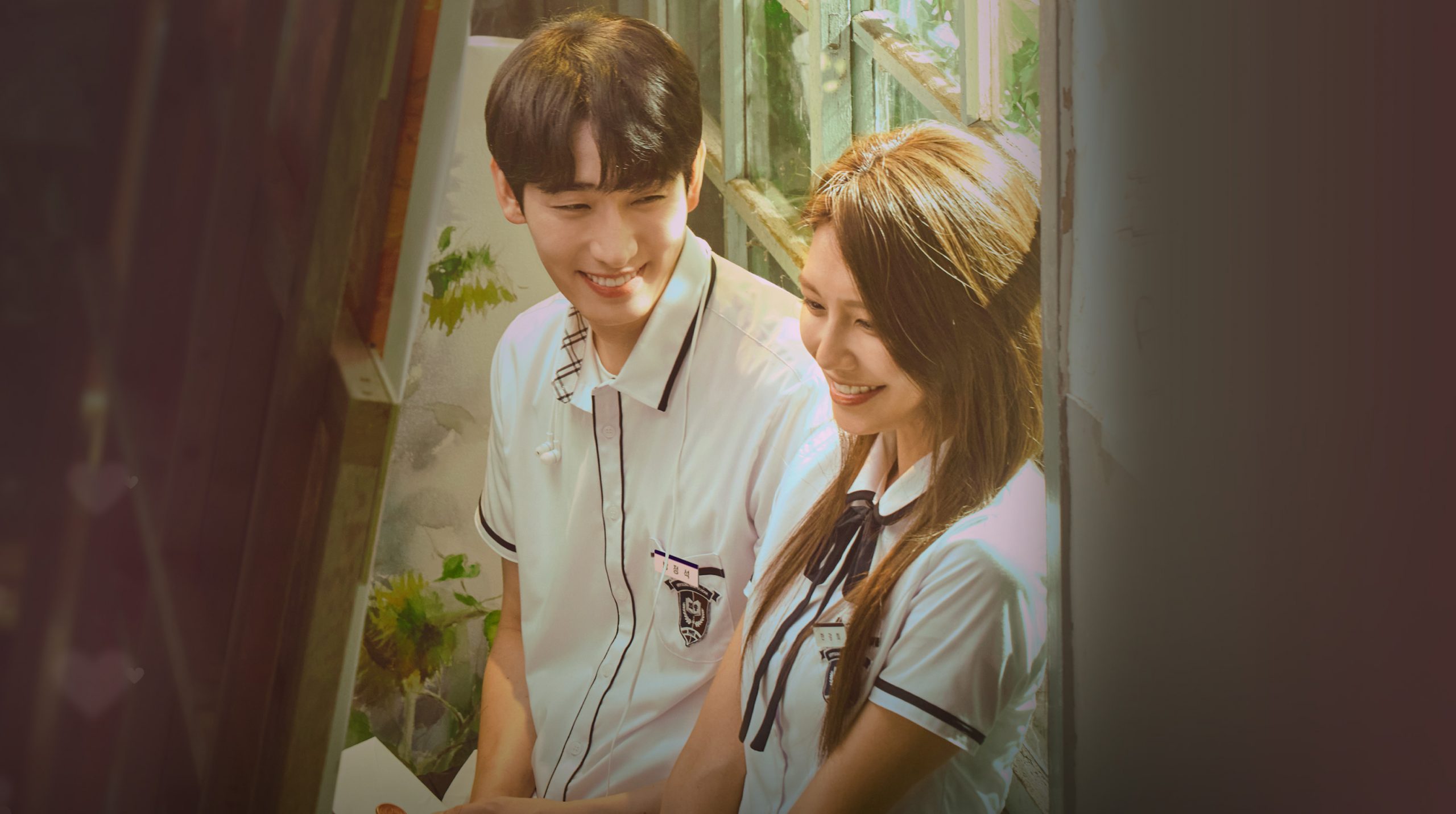 “Fanletter, Please” is a four-part romantic comedy series about an actress who faces the biggest crisis in her life in the entertainment industry and a man who has to protect his daughter’s pure heart by writing fake replies to her fan letters. Girls’ Generation’s Sooyoung stars as A-list actress Han Kang Hee, while Yoon Bak stars as Han Kang Hee’s first love Bang Jung Suk, a devoted single father whose young daughter is battling leukemia. 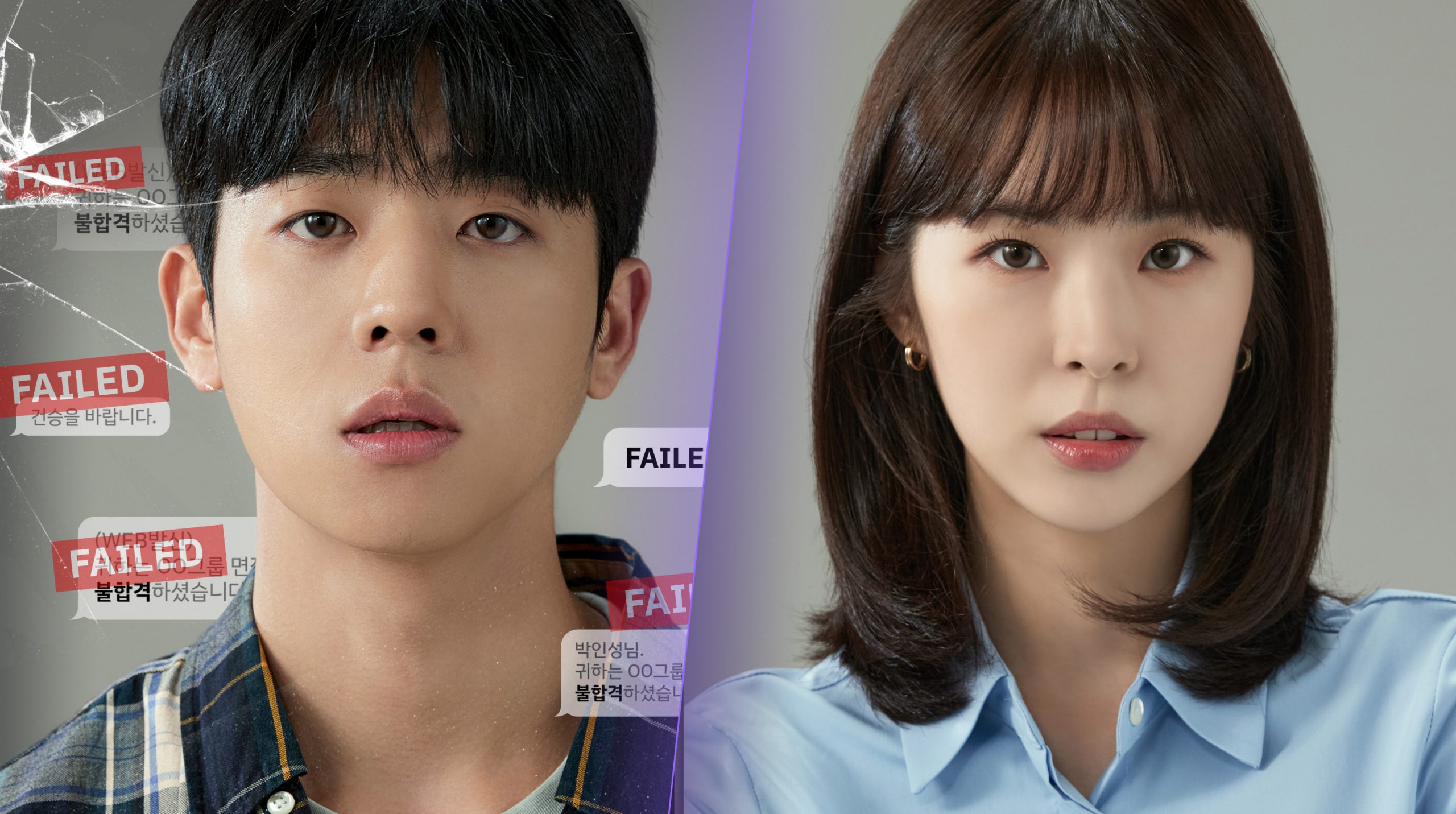 Based on the original webtoon of the same name, “Unlock My Boss” is a unique comedy thriller that depicts the story of Park In Sung (Chae Jong Hyeop), an unemployed job-seeker whose life changes after he picks up a smartphone that speaks to him and gives him orders. This smartphone has trapped the soul of Kim Sun Joo (Park Sung Woong), the CEO of a big IT corporation called Silver Lining, and the story follows Park In Sung’s journey to infiltrate the CEO’s office to find the truth.

Start watching “Unlock My Boss” below: 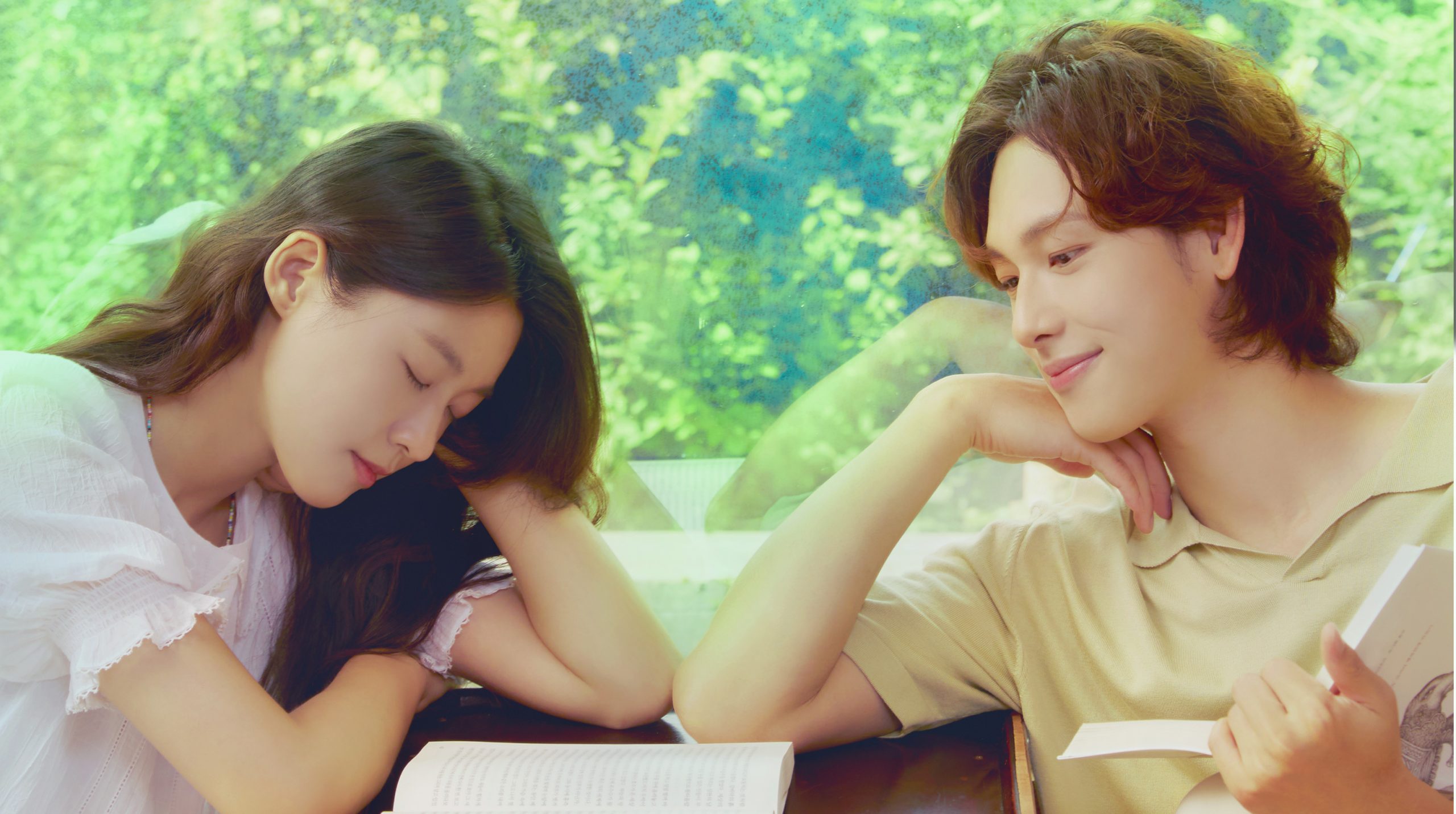 Based on the popular webtoon of the same name, “Summer Strike” is a romance drama about people who leave behind their busy lives in the city in order to move to a small town and do nothing. Im Siwan stars as Ahn Dae Bum, a shy math genius who is now living a quiet life as a village librarian, while Seolhyun plays Lee Yeo Reum, a burned-out young professional who quits her job and ventures to an unfamiliar village in order to find herself. 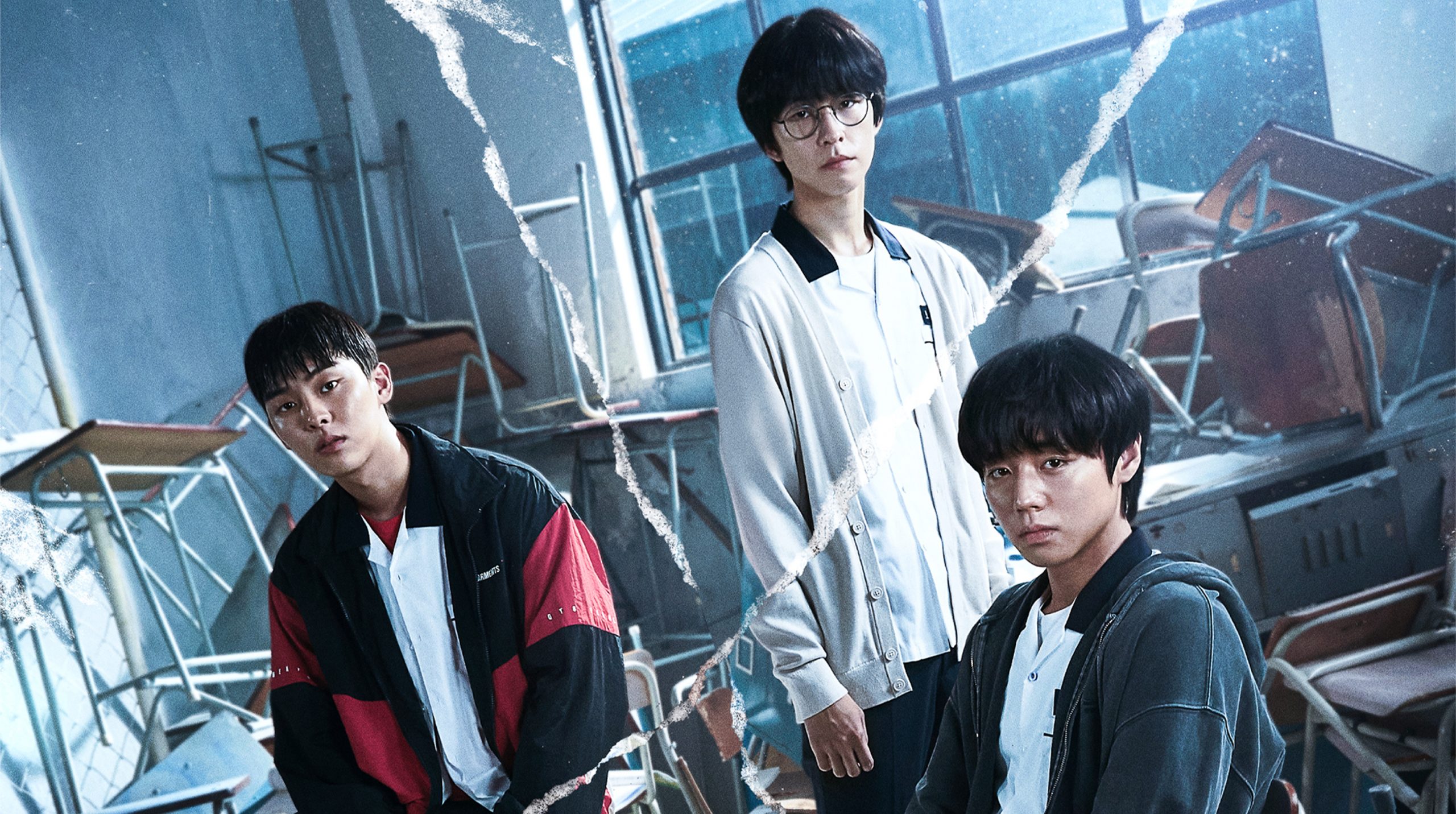 Based on the hit webtoon of the same name, “Weak Hero Class 1” is an action school drama starring Park Ji Hoon as Yeon Si Eun, a model student who excels at school but is physically frail—making him an easy target for bullies who are jealous of his top grades. Though Yeon Si Eun appears weak on the outside, he eventually uses his brain to win his battles as he fights back against the violence that unfolds both inside and outside of school. Choi Hyun Wook and Hong Kyung play Yeon Si Eun’s classmates Ahn Su Ho and Oh Bum Seok, who join his side in fighting against bullies. 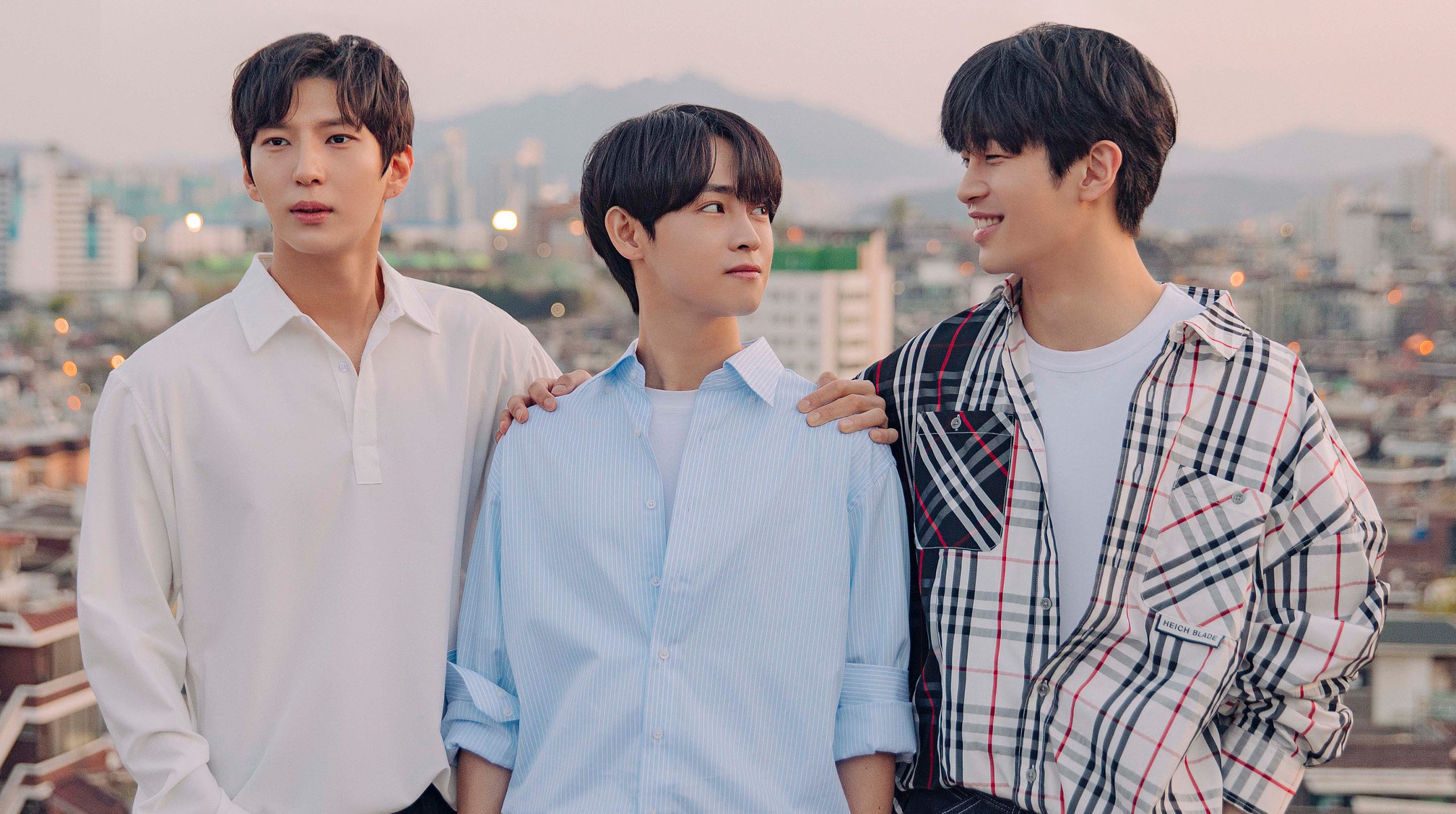 “Happy Ending Romance” is a BL drama about a love triangle between three men in the publishing industry. VIXX’s Leo stars as Kim Jung Hyun, a best-selling author who seems perfect on the outside but is hiding a secret. Despite his aloof demeanor and prickly personality, he reveals his gentle and caring side only when he’s with Cha Jung Woo (Karam), a talented writer who winds up being cast out of the literary world when he blows the whistle on corruption. Ha Jong Woo co-stars as Han Tae Young, one of the CEOs of a successful publishing company. 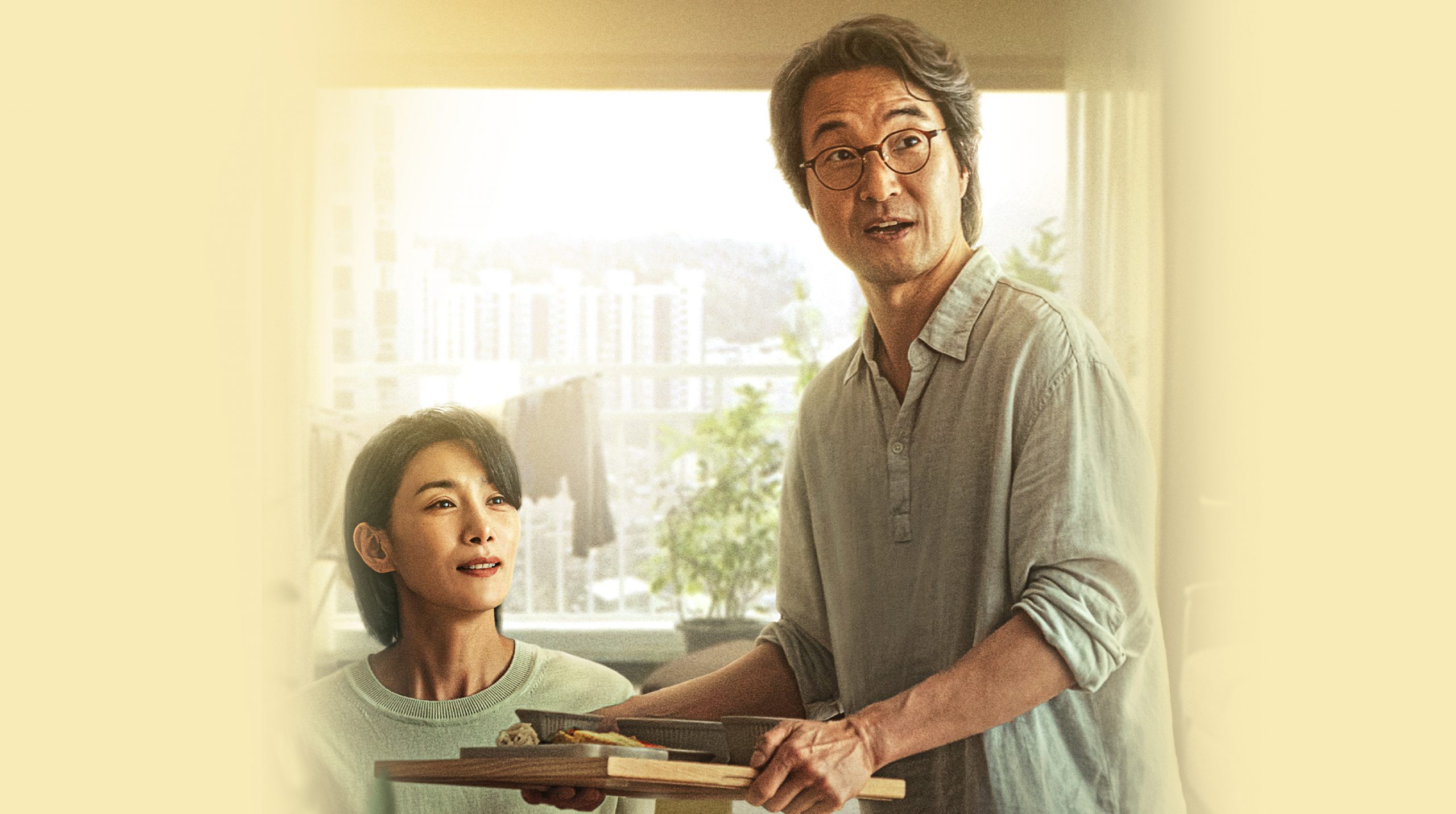 This new drama series revolves around a husband cooking meals for his wife who was diagnosed with colon cancer. The husband Chang Wook (Han Suk Kyu) is no Michelin star chef by any means, but he puts all of his love into the meals he makes for his wife Da Jeong (Kim Seo Hyung). This sad and beautiful story is based on a non-fiction book of the same name that was written by Kang Chang Rae.

Watch “Recipe for Farewell” below: 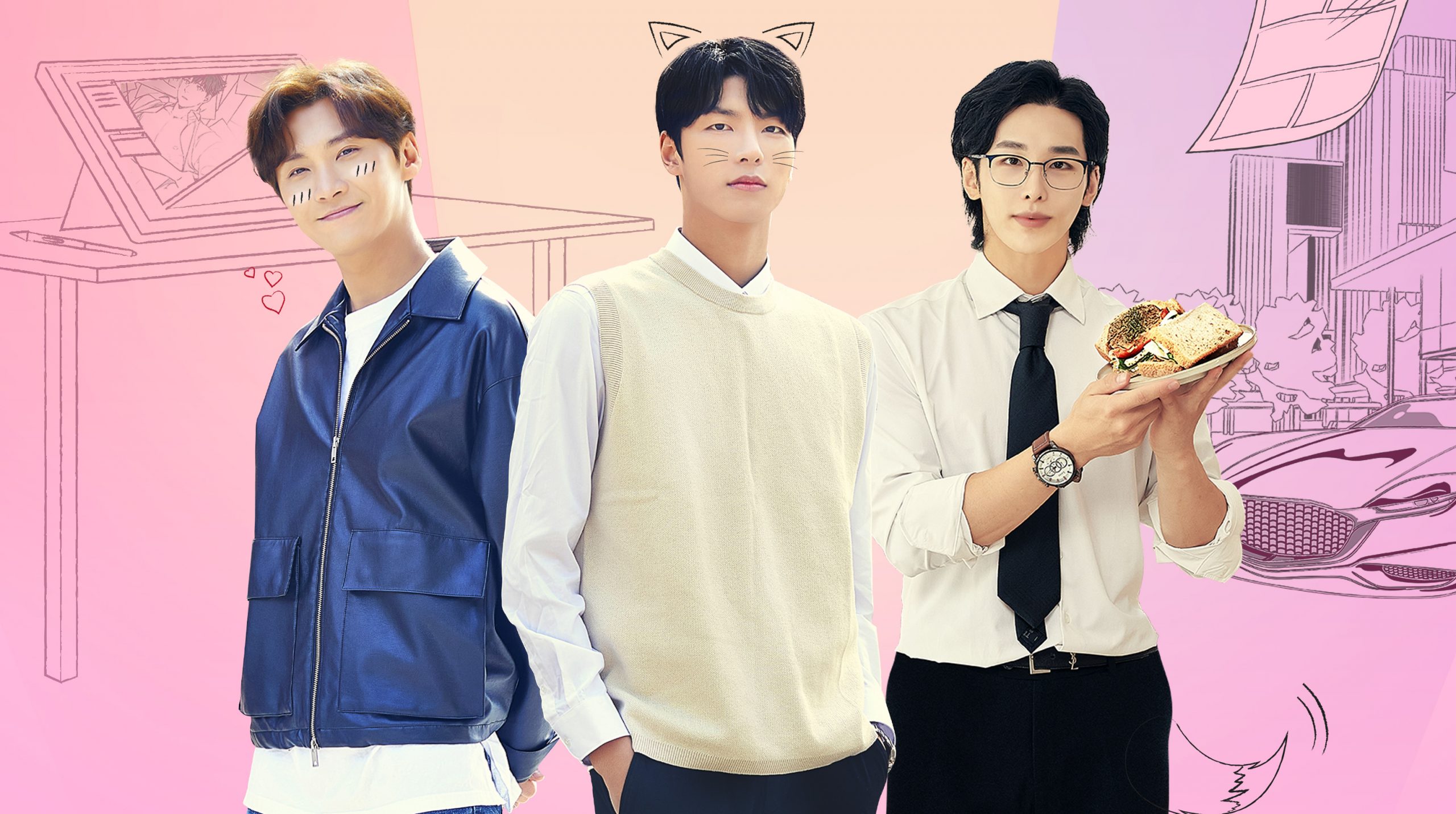 The new BL drama stars FTISLAND’s Song Seung Hyun as Seon Ho, a webtoon author who started to write mature stories to make ends meet, which has resulted in the unfortunate side effect of him being unable to feel aroused. Seon Ho eventually decides to hire new assistant Moo Young (Ko Chan Bin), who actually turns out to be Seo Ho’s No. 1 fan who also hopes to start a relationship with him. The drama also includes a love triangle with Jun Seok (Lee Do Ha).

Watch “Oh! My Assistant” below: 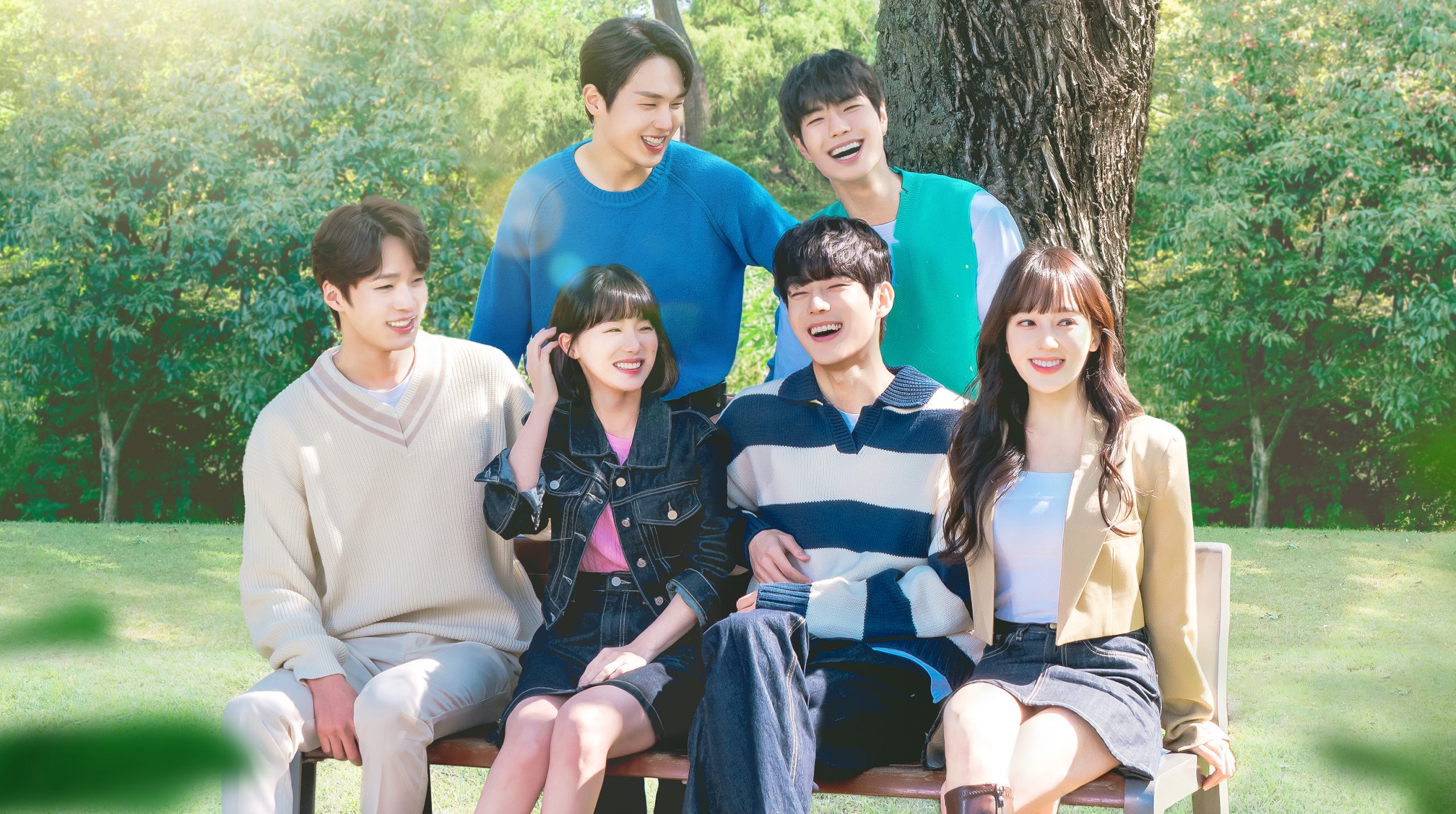 Web drama “New Love Playlist” is the next installment of the “Love Playlist” series which aired four seasons from 2017 to 2019. “New Love Playlist” tells the story of college students during the COVID-19 pandemic and how they deal with feelings of love in such an unimaginable and difficult time. The drama stars Oh Yu Jin, Yoo Jung Hoo, Bae Hyeon Jun, Kim Sun Bin, Yoon Ye Joo, and Lee Ha Min. 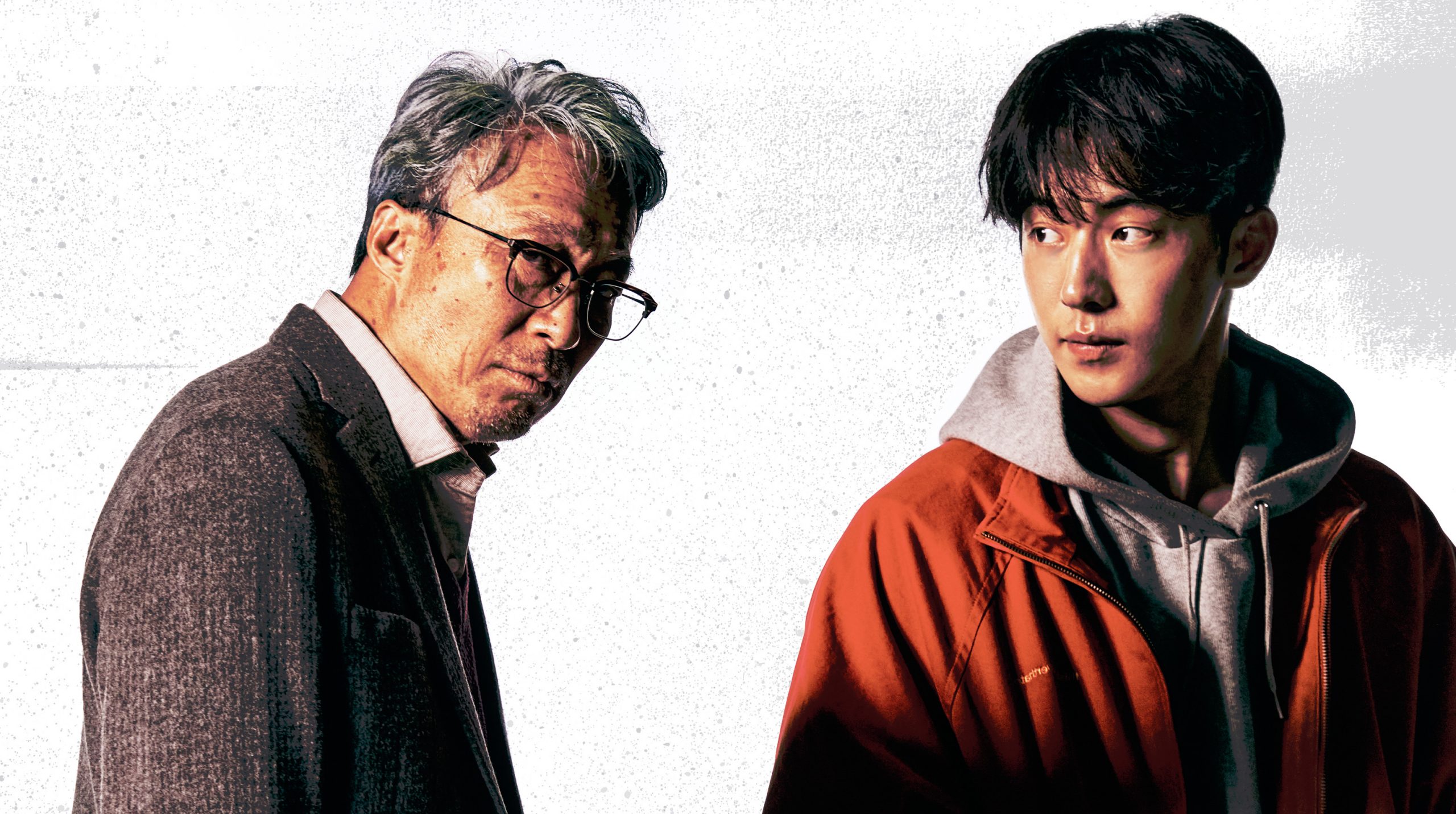 “Remember” tells the story of Pil Joo (Lee Sung Min), an old man in his 80s with Alzheimer’s disease who has lost everything to pro-Japanese groups during the Japanese occupation of Korea and goes on to plot his revenge. Nam Joo Hyuk stars as In Gyu, a young man in his 20s who works alongside social butterfly Pil Joo at a family restaurant and unintentionally winds up in his plot for revenge. 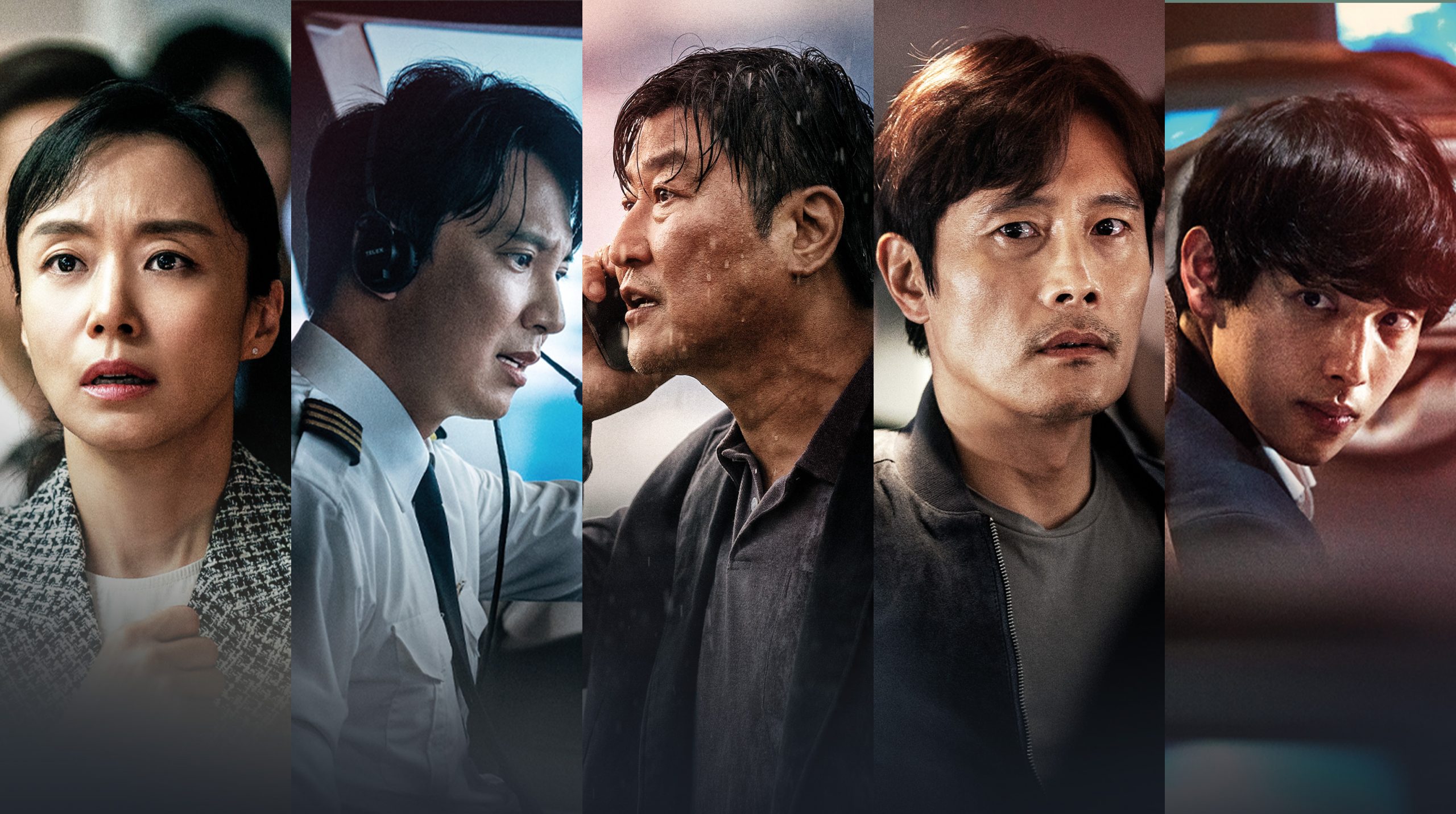 Directed by Han Jae Rim, “Emergency Declaration” is a disaster film that follows the unprecedented calamities that arise when terrorist threats are made against an impending flight. The film boasts a star-studded cast consisting of Song Kang Ho, Jeon Do Yeon, Lee Byung Hun, Kim Nam Gil, Im Siwan, Kim So Jin, and Park Hae Joon. 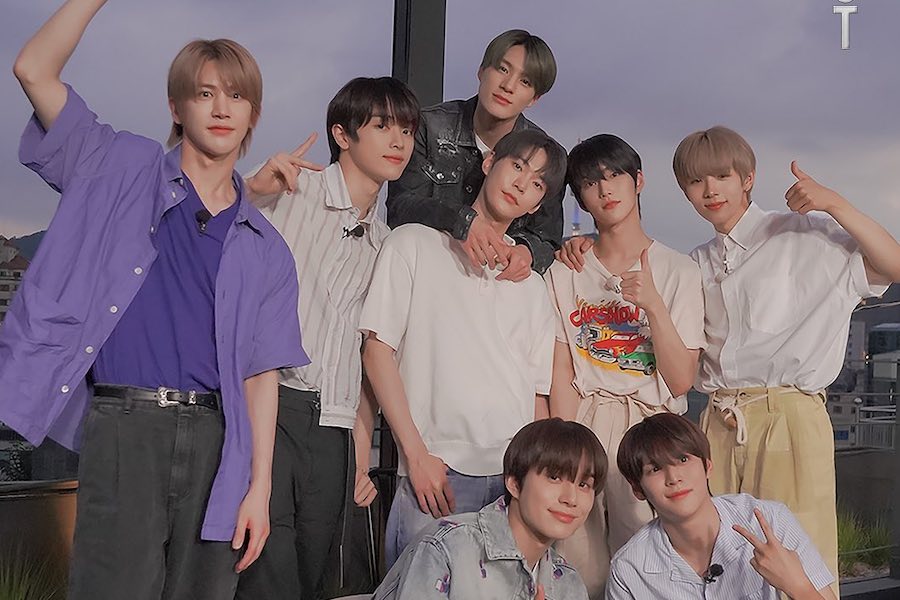 “Welcome to NCT Universe” is a reality program that features members of SM’s pre-debut group SM Rookies, who receive a mysterious invitation from Neo City. NCT members Shotaro and Sungchan act as guides for the rookies as they navigate the “NCT Universe” and experience everything that is NCT.

Watch “Welcome to NCT Universe” below:

Hey Soompiers, which shows or movies have you watched already, and which are you planning to add to your watch list? Let us know in the comments below!