NCT 127 has announced the finalized dates for their additional concerts in the Americas next year!

On December 8, SM Entertainment posted a new poster announcing the schedule of additional concerts for NCT 127’s “Neo City : The Link” world tour in the Americas. Following the enthusiasm of the Los Angeles and New York concerts that ended successfully earlier in October, NCT 127 will excite fans in the United States once again. According to the poster, three additional concerts will be held in Chicago on January 9, Houston on January 11, and Atlanta on January 13.

Afterwards, NCT 127 will head to Latin America and hold six concerts in four cities, starting off in Sao Paulo, Brazil from January 18 to 20, followed by Santiago, Chile on January 22, Bogota, Colombia on January 25, and Mexico City, Mexico on January 28. 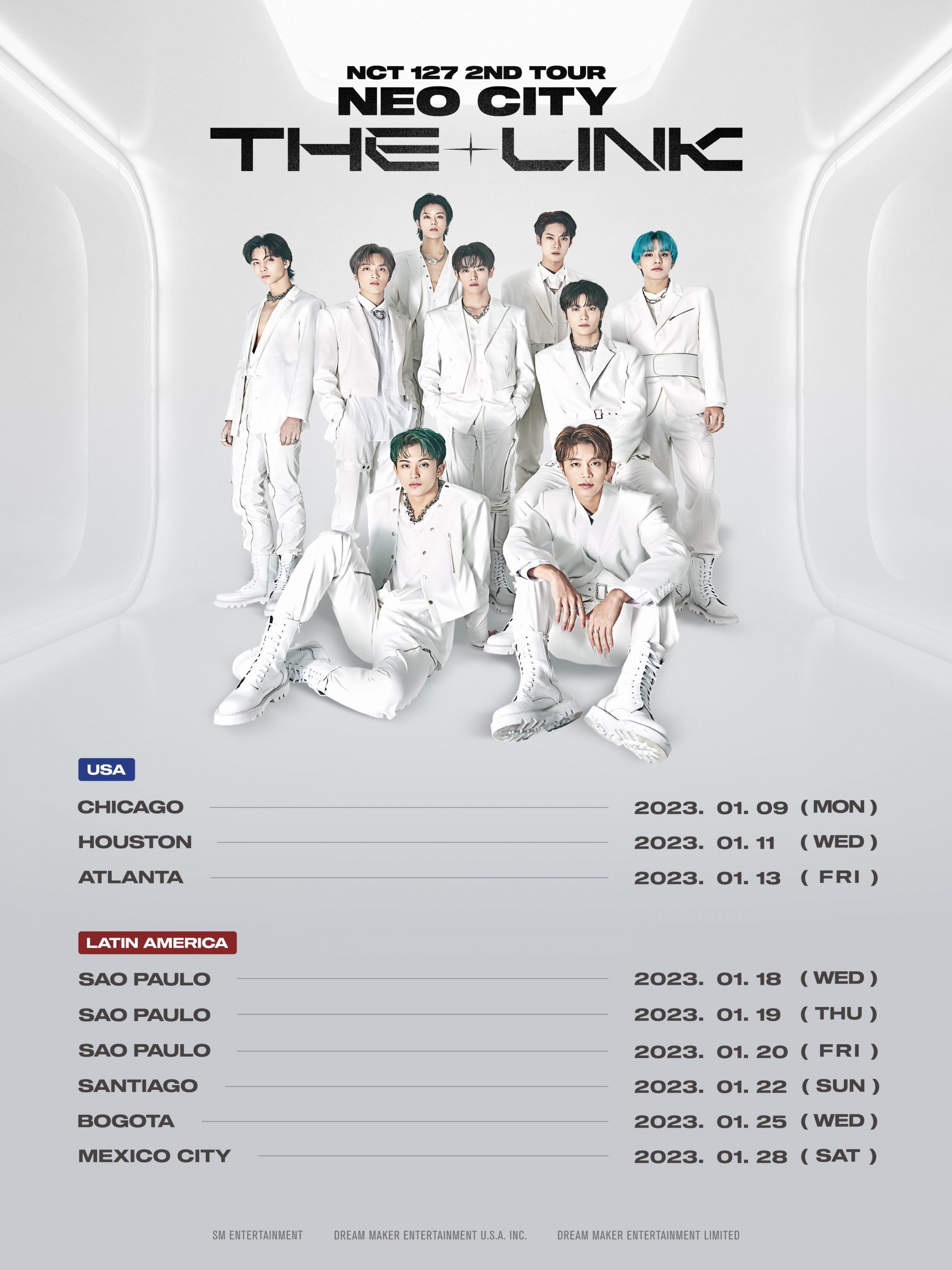 Earlier in December 2021, NCT 127 kicked off their second world tour at Gocheok Sky Dome in Seoul and held concerts in Japan, the United States, and Southeast Asia on a larger scale than their first tour. In October 2022, NCT 127 successfully wrapped up their first stadium concert at Seoul Olympic Stadium which is the largest concert hall in Korea.

Check out Doyoung in “Dear X Who Doesn’t Love Me“: