Watch: Song Hye Kyo Transforms Into A Vindictive Woman And Foreshadows Her Revenge In “The Glory” Teaser

“The Glory” will tell the story of a former victim of brutal school violence who exacts revenge on her bullies after becoming the elementary school homeroom teacher of her bully’s kid. The drama will be penned by Kim Eun Sook, the writer of hit dramas like “Goblin,” “Descendants of the Sun,” “Heirs,” and “Secret Garden,” and it will be helmed by director Ahn Gil Ho of “Happiness,” “Forest of Secrets” (“The Stranger”), “Memories of the Alhambra,” and “Record of Youth.”

Song Hye Kyo, who previously worked together with Kim Eun Sook on “Descendants of the Sun,” will be starring as the vengeful protagonist Moon Dong Eun, while Lee Do Hyun will be playing male lead Joo Yeo Jeong.

In the poster below, Moon Dong Eun stares somewhere in front of a bare tree with a devil’s morning glory in her hand. The bizarre harmony between the divine appearance of Moon Dong Eun and the cruel text that reads, “Let’s slowly dry up and die together,” captures the viewers’ attention. The anger that is deeply rooted in Dong Eun’s heart is previewed through a teaser which was released along with the poster. 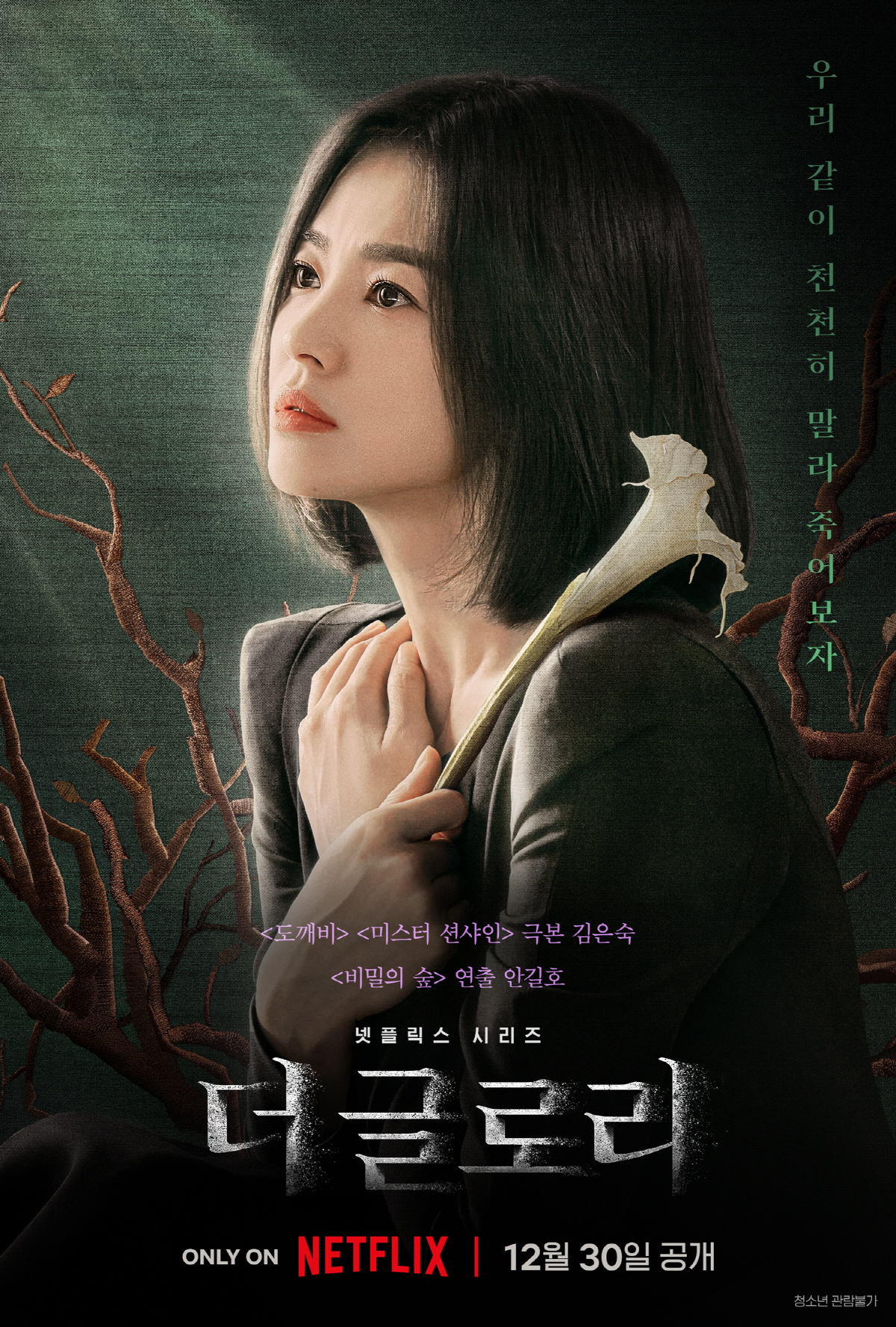 The intense teaser kicks off with Moon Dong Eun narrating, “Some hatred resembles longing. It’s impossible to get rid of.” As Moon Dong Eun starts pursuing her revenge, Joo Yeo Jeong advises Moon Dong Eun by saying, “You have to close in slowly and fiercely.” Viewers are curious to find out how Moon Dong Eun’s revenge will end.

“The Glory” will premiere on December 30. Check out another teaser here!

While you wait, watch Song Hye Kyo in “The Descendants of the Sun”:

Song Hye Kyo
Lee Do Hyun
The Glory
How does this article make you feel?