Ahead of the second act of “Reborn Rich,” the drama teased a special poster starring Song Joong Ki and Shin Hyun Been!

In the previous broadcast, Jin Yang Chul (Lee Sung Min) discovered an issue with his health, causing great shock. At the crossroads of life, Jin Yang Chul came to the realization that ultimately, his favorite child is Soonyang Group, and he retracted the rule of the eldest child succeeding the group and instead declared that the successor will only be chosen based on their abilities, making viewers anticipate the dynamic and fierce battle to take over Soonyang that will unfold in the second act.

On December 8, “Reborn Rich” dropped a special poster of Jin Do Joon and Seo Min Young (Shin Hyun Been). Previously, the two had to walk different paths to follow their contrasting goals of revenge and justice. However, the poster depicts them just a step away from crossing paths. The poster is even more intriguing in that it features Jin Do Joon in his 20s and Seo Min Young in her 40s.

The text on the poster reads, “The partnership to hunt down Soonyang family begins,” raising anticipation for what will result from a collaboration that crosses generations to achieve one same goal. 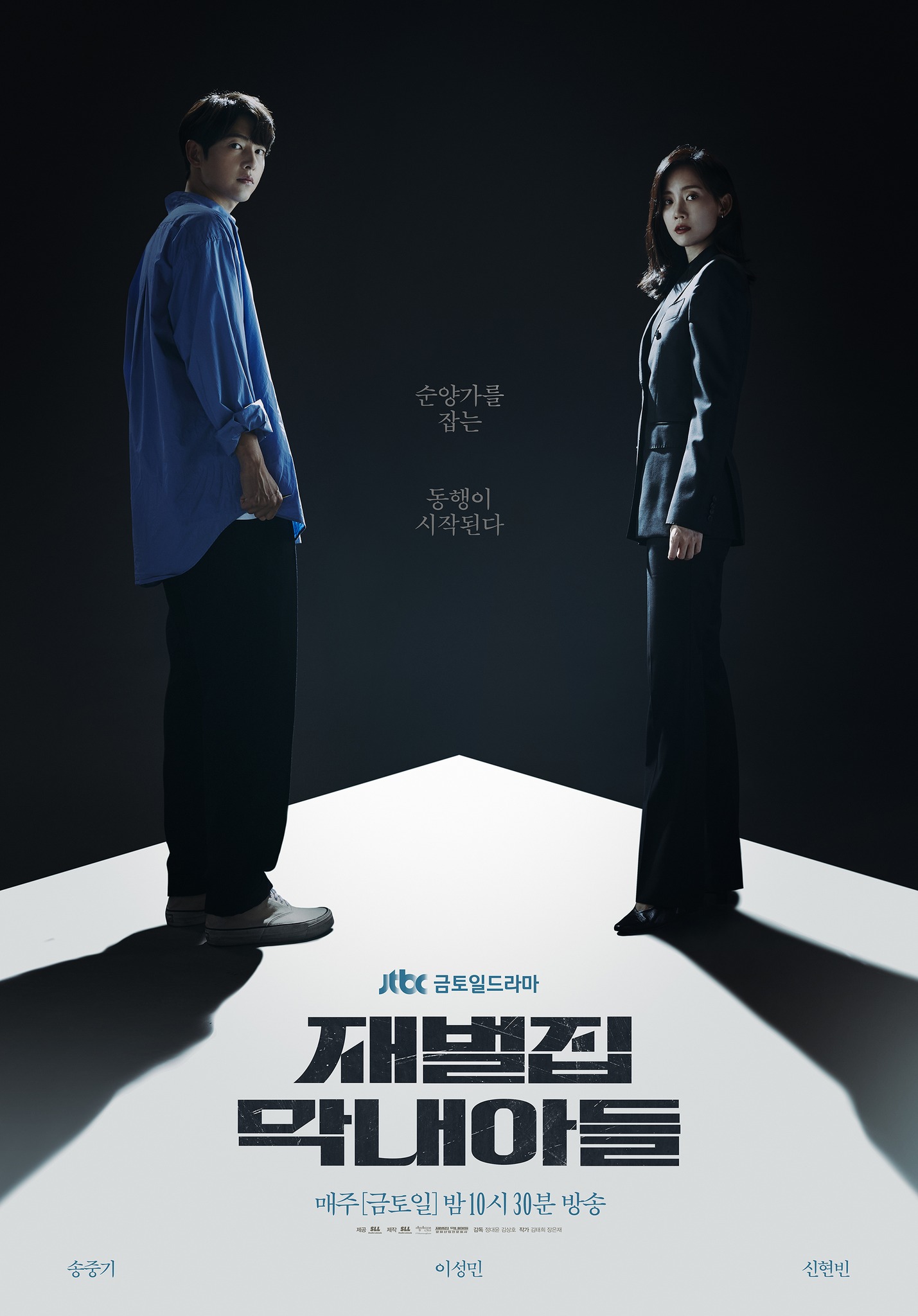 Song Joong Ki shared, “The relationship depicted between the two—a man who became a prominent figure of Soonyang Group and a woman known as the grim reaper of Soonyang Group—is complex and subtle. I hope viewers also tune in and feel together in what manner their relationship will unfold.”

Shin Hyun Been conveyed, “The two, who have been at odds for the past four years since college, have now become members of society and will now meet as a prosecutor and third generation chaebol as well as a prosecutor and a whistleblower. At first glance, they seem to be on different ends of an extreme with Soonyang at the center, but they appear to be connected by the common trait of using any means necessary for the sake of truth.”

She added, “The process of them benefitting each other and also harming one another will be another interesting point for viewers. I hope viewers watch without missing their emotions amidst a relationship that is uncertain in which how it will change.”

“Reborn Rich” is available for viewing in the Americas, Europe, Oceania, Middle East, and India on Viki, and the drama is also be available in Singapore, Malaysia, Hong Kong, the Philippines, Thailand, Indonesia, Myanmar, and Middle East on www.viu.com or the Viu app.