Somehow, we’re already at the penultimate week of “The Forbidden Marriage.” Time flies when you’re having fun! The great thing about this being a 12-episode drama is that the pacing hasn’t slowed one bit. It continues to hurtle on: as necessary revelations finally come to light, the marriage ban gets closer to being torn down, and a certain king and his very delighted maid finally get some downtime. At least until chaos hits.

Here are six moments from this week’s episodes that upended life in the palace!

1. So Rang goes for Yi Heon 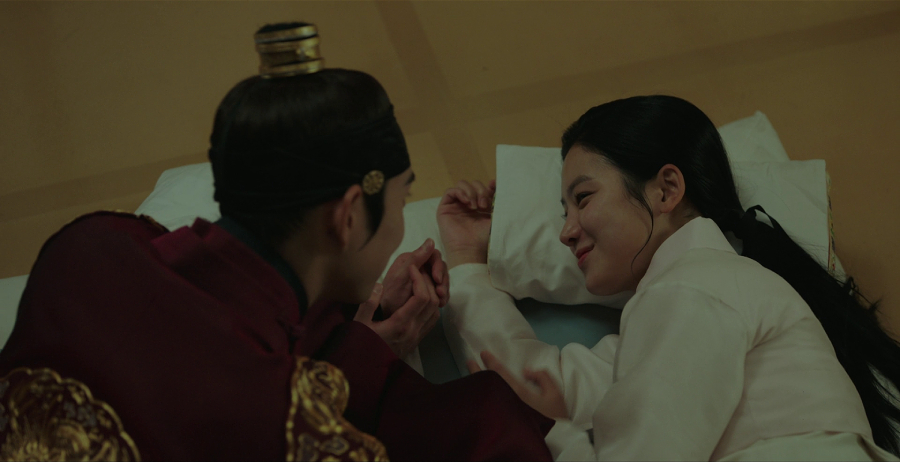 With the selection being foremost on the minds of the people and Grand Queen Dowager (Cha Mi Kyung), Yi Heon’s (Kim Young Dae’s) loyal minister Kim Sul Rok (Kim Min Sang) tells him he needs to start thinking of marriage. Yi Heon is adamant that there’s no one for him but So Rang (Park Ju Hyun), but Sul Rok points out that their difference in social class means that marriage is impossible… unless So Rang falls pregnant. Yi Heon is flabbergasted at the thought, haha. 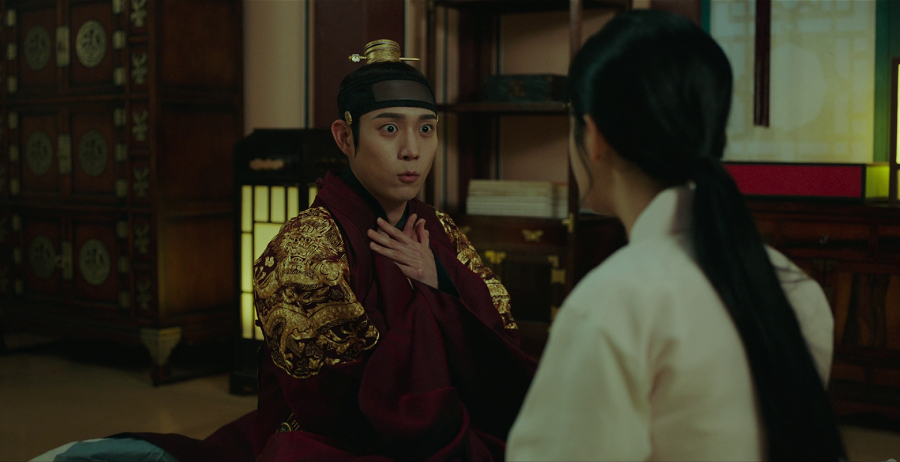 He wants to take it slow and get to know each other, and Suk Rok valiantly complies by becoming his Majesty’s loyal wingman and finding ways to set them up on dates and build massive outdoor tents for… shenanigans. Throughout it all, Yi Heon makes heart eyes at So Rang, and when he finally is ready for the deed, the man looks like he’s ready to erupt. 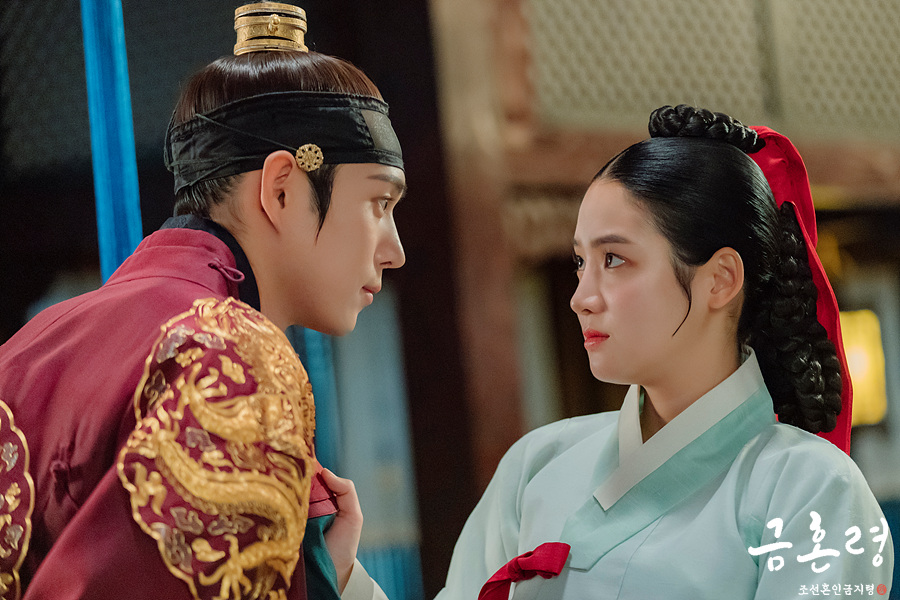 But So Rang calls things to a halt. She points out that she wants things to stay as they are. If they go any further, they’ll have to give her a position as concubine. She’ll have to play the awful game that is palace politics, the very same game that got the former Crown Princess killed. Yi Heon bows to her wishes and backs away, trying to keep things less physically affectionate between each other. But it doesn’t take long for one of them to crack, and it’s surprisingly So Rang who does. She all but pulls Yi Heon to her, and matters progress in the best of ways from there if the smile on her face afterwards is any indication. 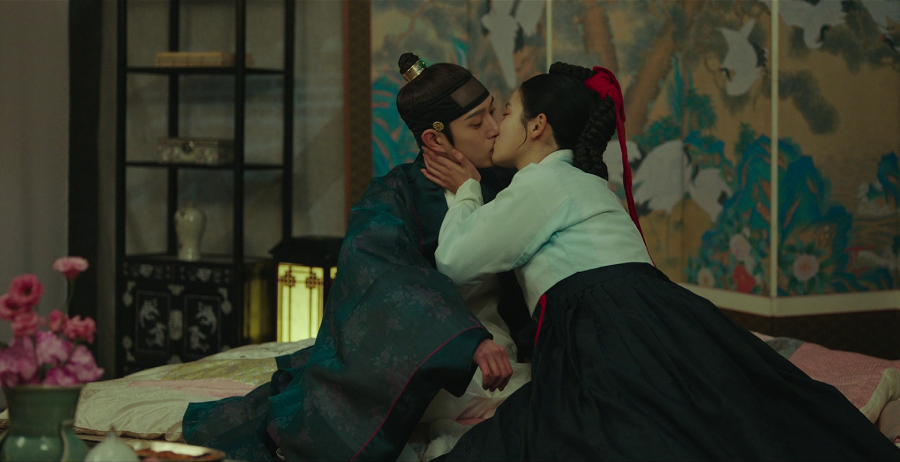 But their bliss doesn’t get to last long. So Rang’s adoptive father Gwaeng Yi (Choi Duk Moon) falls ill and she has to race out of the palace to take care of him. At Aedaldang, she runs into Lee Shin Won (Kim Woo Seok), who has been trying to avoid both her and Yi Heon, especially because he has stumbled upon some uncomfortable truths during their time apart, courtesy of So Rang’s former evil stepmother Seo Woon Jung (Park Sun Young). 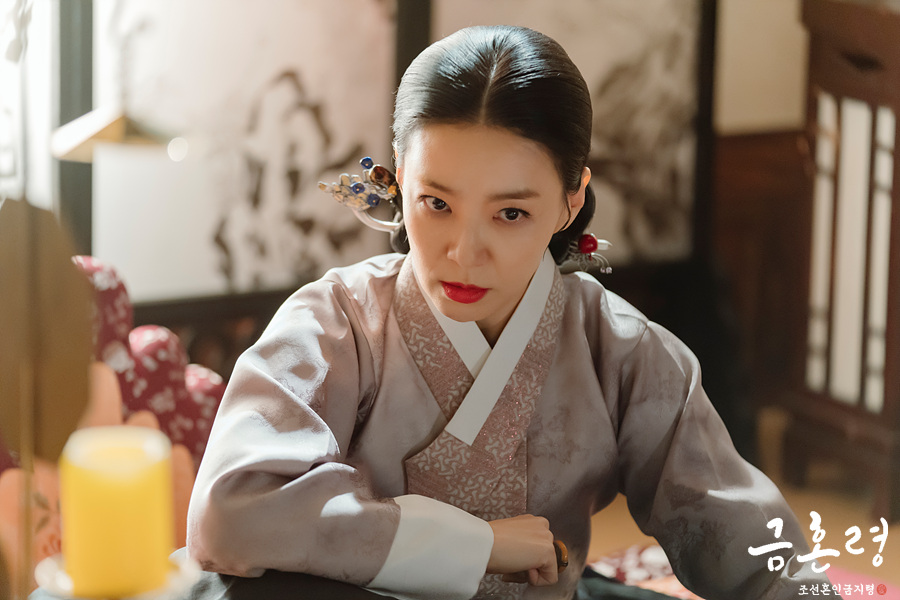 First off, he knows that she knows that he was formerly her fiancé. He tearfully says that he’s searched for her for seven years, but So Rang reminds him that it was worse for her. He lost her, true, and it was awful. But she lost everything – her name and her life. She had to rebuild herself from nothing. To his credit, Shin Won immediately understands. But he can’t help asking her one last question: why did she lie about being able to be possessed by the spirit of the late Crown Princess? While So Rang tries to admit the truth, she comes face to face with the last person she wanted to hear it: Yi Heon. 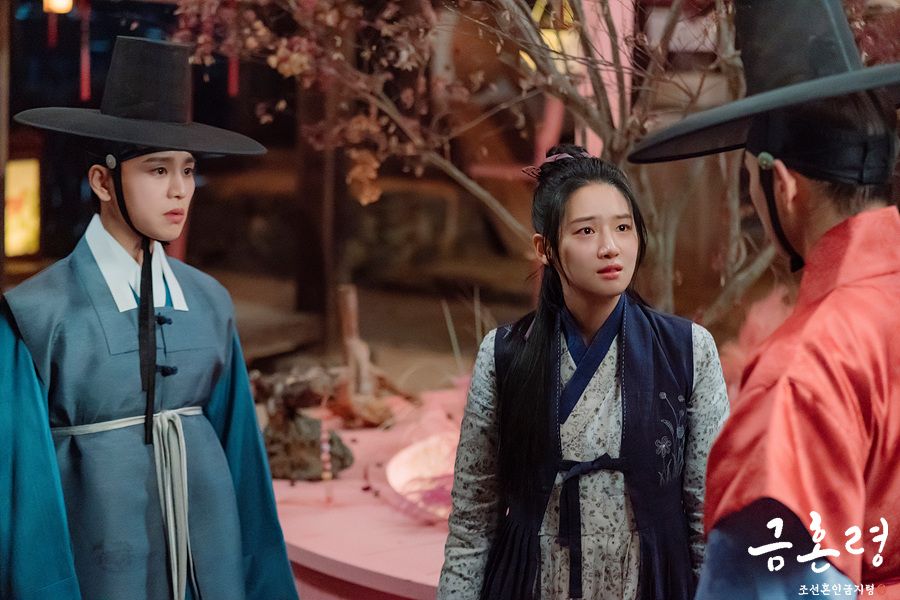 The poor man is aghast, asking if everything between them was a lie from the start. The show does a great job at showing that this isn’t about the dead Crown Princess; it’s about So Rang’s motivations. Yi Heon has seen her as this honest, brilliant, big-hearted ray of sunshine from the very beginning, and to realize just how large a role deceit played in their relationship shakes him to the core. He tells her not to return to the palace and leaves in tears. 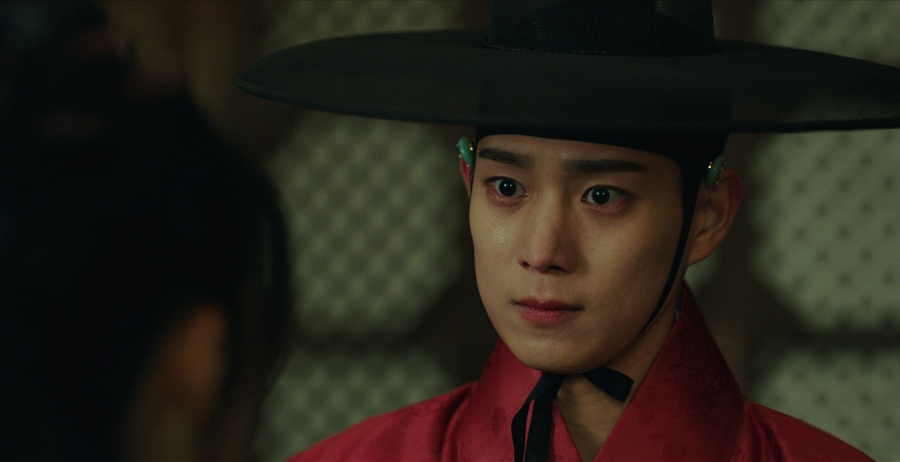 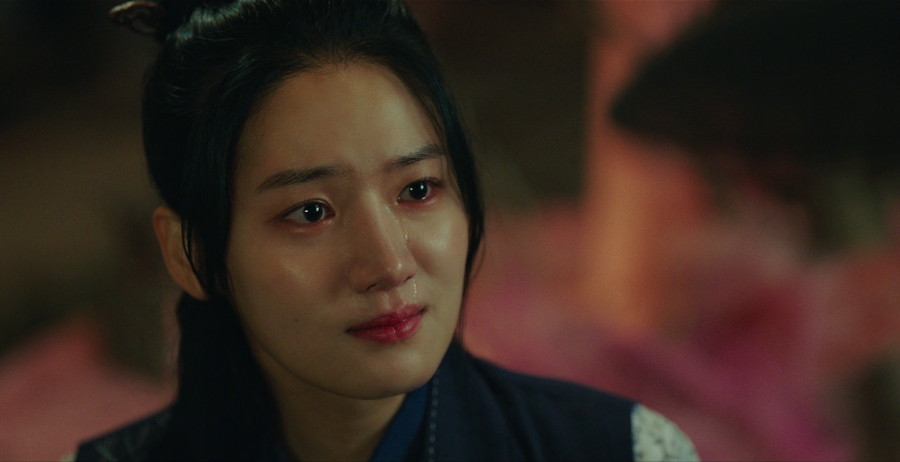 They both cry all night. However, as Yi Heon tries to figure out a way around this (and still has people watching So Rang to keep her safe), trouble finally strikes.

Seo Woon Jung and her nasty partner and partner-in-crime Jo Sung Gyun (Yang Dong Geun) have been waiting for a chance to catch Yi Heon off guard. After tattling on So Rang to the Grand Empress Dowager to ensure that she can no longer return to the palace even if Yi Heon tries to bring her back, they make their move. Aedaldang is attacked, and So Rang is chased to the edge of a cliff. And as Shin Won and Yi Heon’s two other guards try to get to her, So Rang’s forced off the cliff, just like she was seven years ago. At this point, the poor girl must have a terrible fear of cliffs and heights. 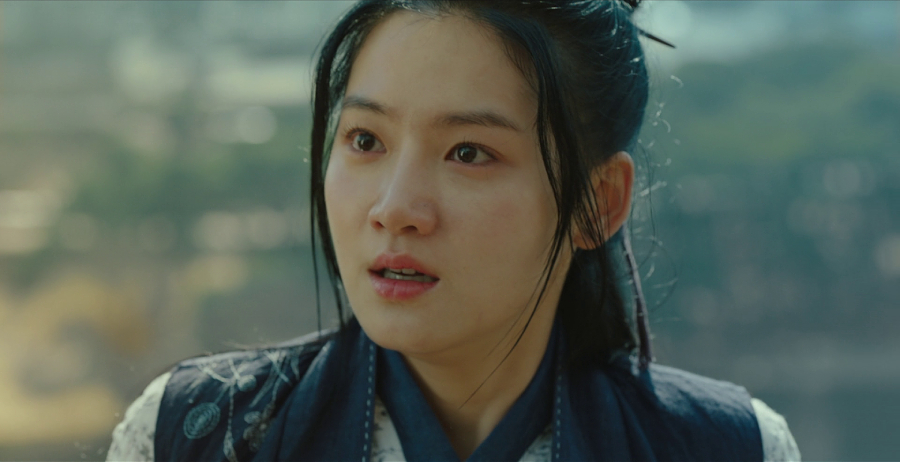 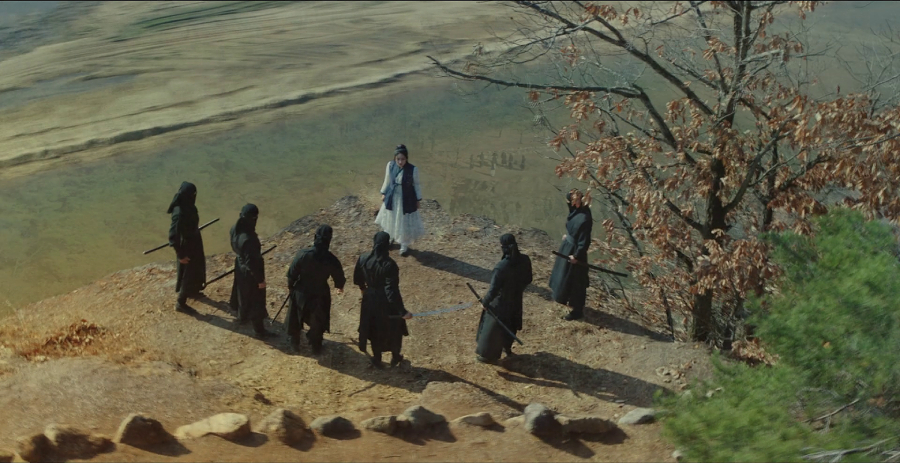 But things are different this time because Shin Won is here. He dives in after her, but both of them pass out during the process, and Yi Heon’s guards grimly conclude that they must have died. It’s painful to see Yi Heon crumble once more with the realization that he has lost both the woman and the friend he loves. But little does he know that they’ve actually survived! 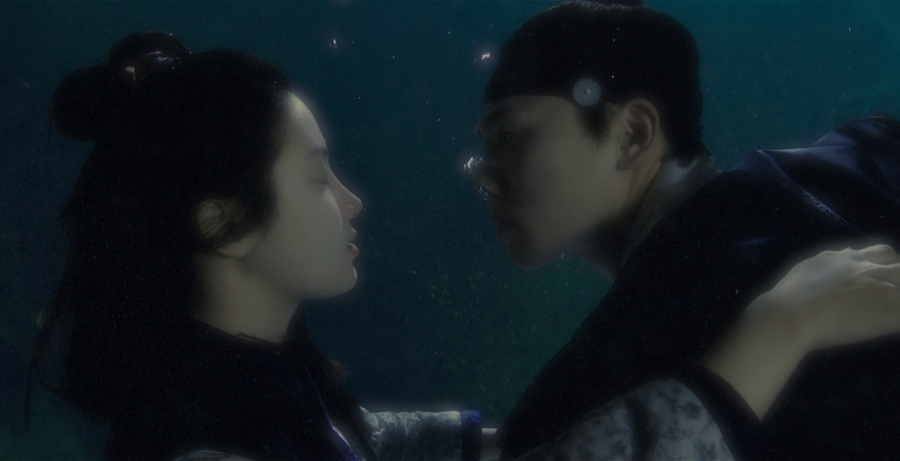 Shin Won and So Rang wake up in the home of Master Sung and his daughter Hwa Yoon (Jo Soo Min). They find the two of them having drifted down the river and nursed them back to health. In the mother of all miracles, the shock of the entire incident has also healed Shin Won’s paralyzed arm. 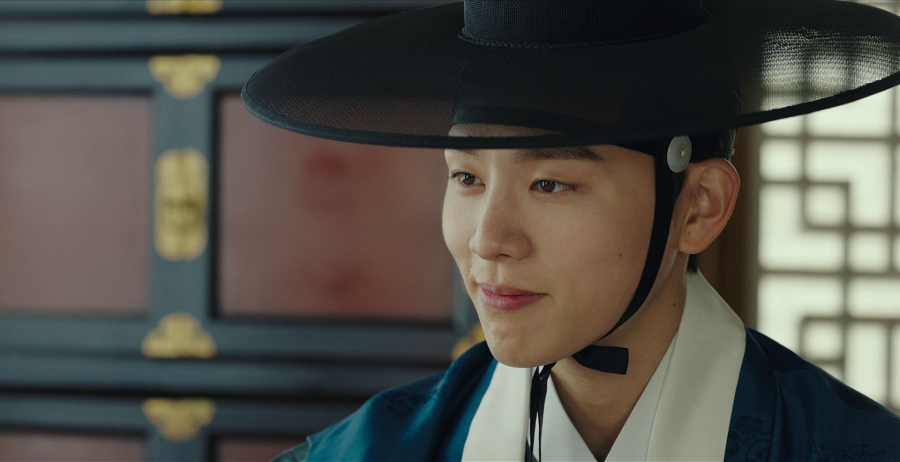 At the palace, Yi Heon hasn’t returned to the ice-cold, bitter man he was before he met So Rang. Looking anguished, he tells Sul Rok that it would only be what Sung Gyun and his crew want. After all, that’s why they kept killing all those women. Looking back, he says he realized that everything So Rang did from playing possessed and telling him to eat to cracking those pipes strategically placed around the palace to emit ghostly noises was to pull him back from the past and into the future. He knows she didn’t begin out of malice and continued only because she cared about him and about the country. The heart behind the deception was true, which is naturally why he fell for it. Yi Heon looks heartbroken even while saying it, but right then, he receives a letter from none other than Shin Won informing him of their survival! 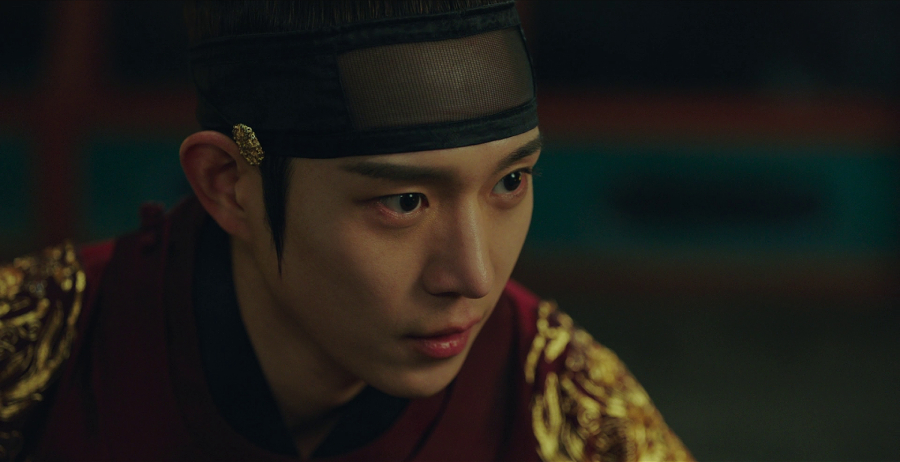 And just like that, Yi Heon hatches a plan: he’ll act like he’s out of his mind as usual due to grieving and let his awful grandmother, the Grand Empress Dowager, and Seo Woon Jung begin the selection. They’ll use it as a way of nabbing Sung Gyun, Seo Woon Jung, and the entire vile trafficking crew once and for all. So begins the act of a century. 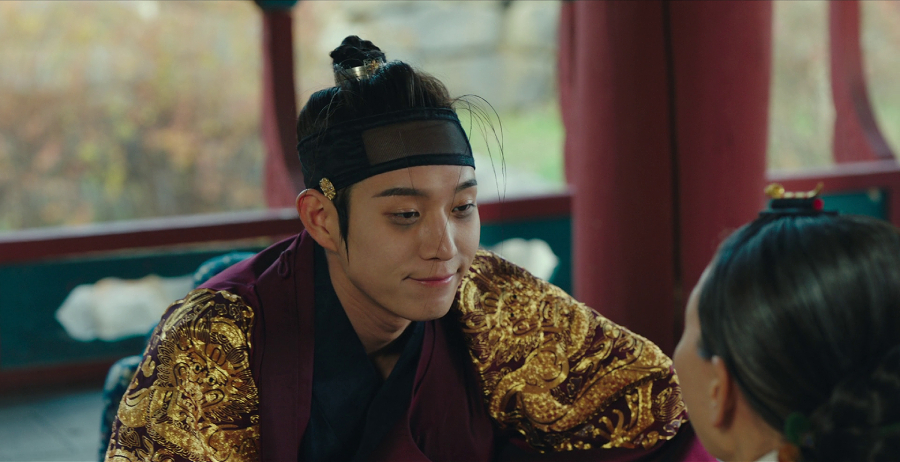 For his part, Shin Won has recovered his arm and his confidence in himself. After Ja Chun Seok’s (Yoon Jung Hoon‘s) death, he was so badly shaken that he didn’t think he could protect anyone. But even Yi Heon sneaks out of the palace to ask him to return to him. And Shin Won was never going to say no. 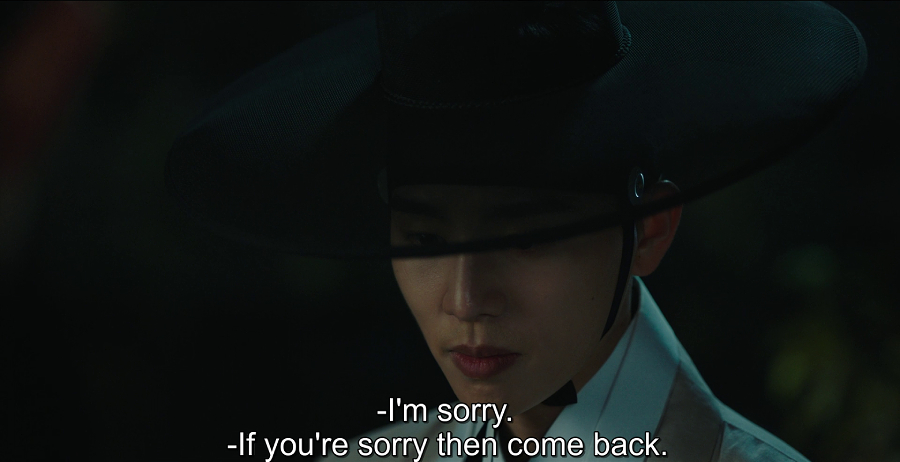 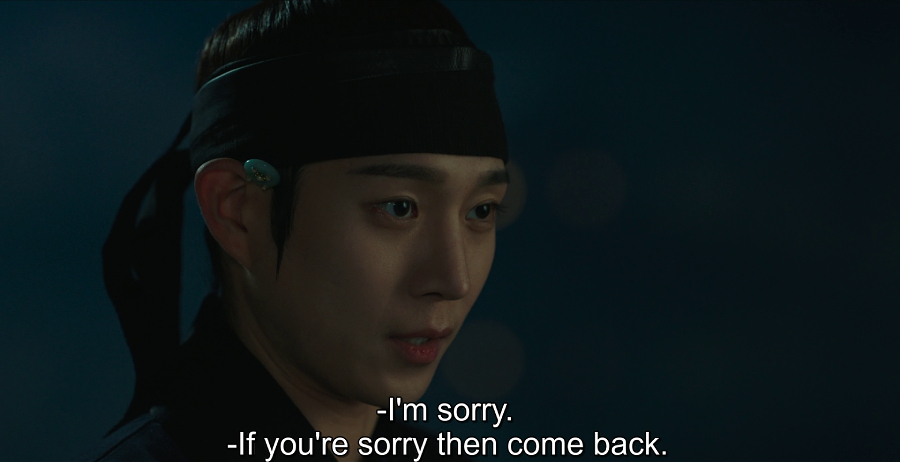 And they aren’t the only ones who are back in full form. So Rang has had enough of being pushed off cliffs and is ready to do some pushing herself. She’s had everything down to her name stolen from her. So she asks Hwa Yoon to enter the selection process for the next queen and if she can come along as a maid. It’s time to foil Woon Jung’s plans. 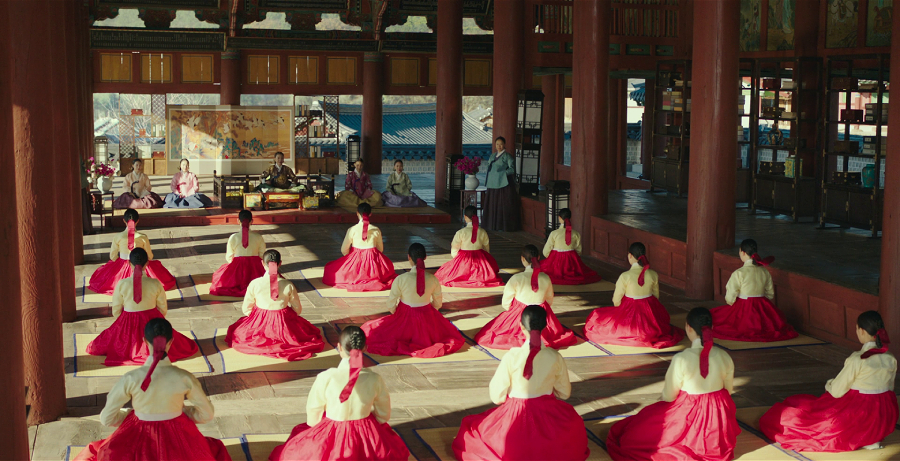 This show pulls no punches when it comes to revealing just how ridiculous gender roles are, and nowhere is this more apparent than in the selection process. The entire thing is an awful bit of internalized misogyny: women tearing down other women for the sake of a man. The worst part is that they fully believe that it’s worth it. Hwa Yoon has a scar after barely escaping being kidnapped and sold by Woon Jung’s crew. However, the Grand Empress Dowager picks on her for that. The fake Ye Hyeon Seon dares to victim-blame by saying that she must have done something to deserve it, and the Grand Empress Dowager agrees. 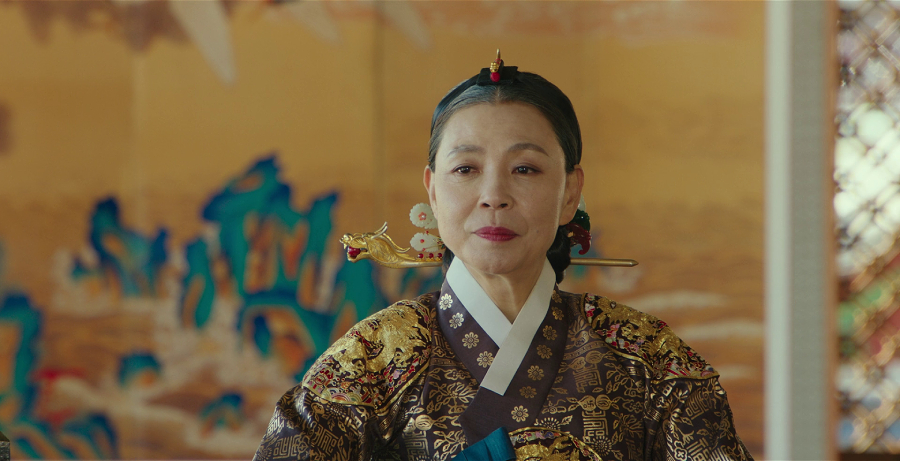 So Rang and Shin Won foil what plots they can. She spots the fake Ye Hyeon Seon’s maid (her own former maid!) smuggling jade to the court ladies, and Shin Won returns to his position as Captain to order a search of their quarters. But the old Dowager threatens to ruin everything by being ridiculously misogynistic. The worst part is that for all her posturing, she doesn’t notice that her ladies-in-waiting have been bought off by Seo Woon Jung. When they swap nametags so that that Hwa Yoon’s beautiful embroidery is passed off as the fake Hyeon Seon’s, the Dowager refuses to believe Hwa Yoon and sends her home because women “shouldn’t be heard.” Wow, no wonder she hates So Rang. She just hates women unless they fawn over her.

6. Yi Heon and So Rang reunite

Faced with this setback, So Rang watches everyone bow as Yi Heon passes, realizing now just how difficult it is to be in his inner circle and how easily he let her in. She returns to Hwa Yoon’s home with her but is scarcely there for more than a few hours when Yi Heon sends for her, having used the deceit of the Dowager’s own maids to order the return of the woman he loves. So Rang’s rightfully nervous throughout the journey there, wondering how to apologize to him for the deception and not realizing that he’s long over it. 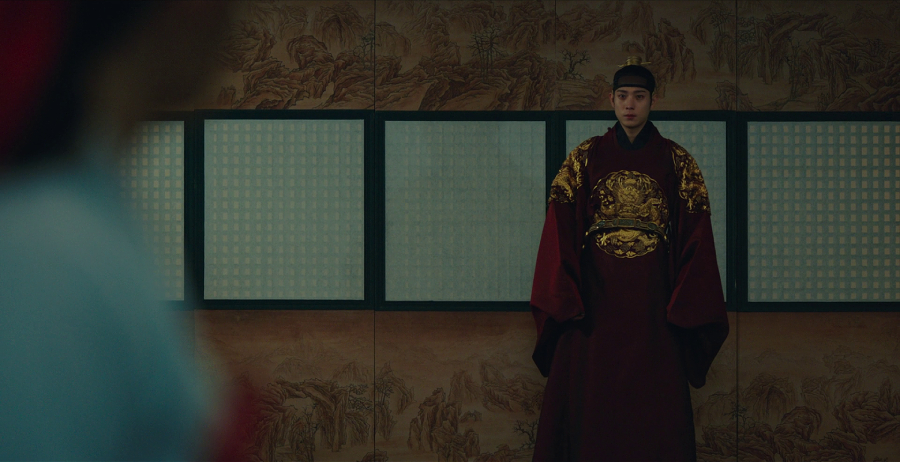 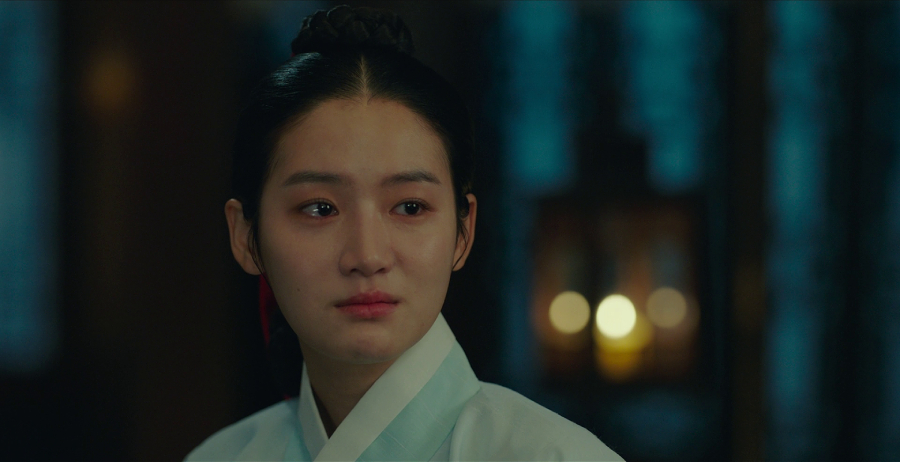 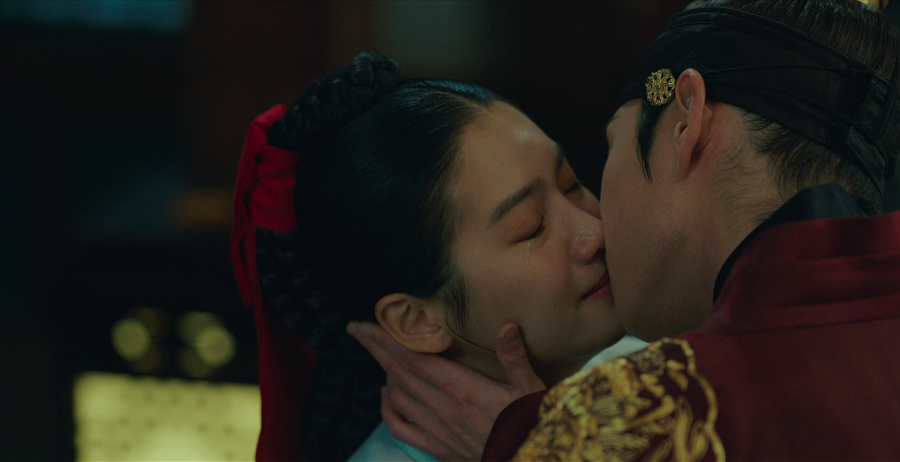 But Yi Heon makes sure to show her just how much he missed her real quick. And that’s where we leave off! Next week promises more mayhem as Sung Gyun and Seo Woon Jung attempt one last plot to rid themselves of Yi Heon and So Rang once and for all. But with our fabulous trio back together, surely these last episodes will hold more ups than downs! 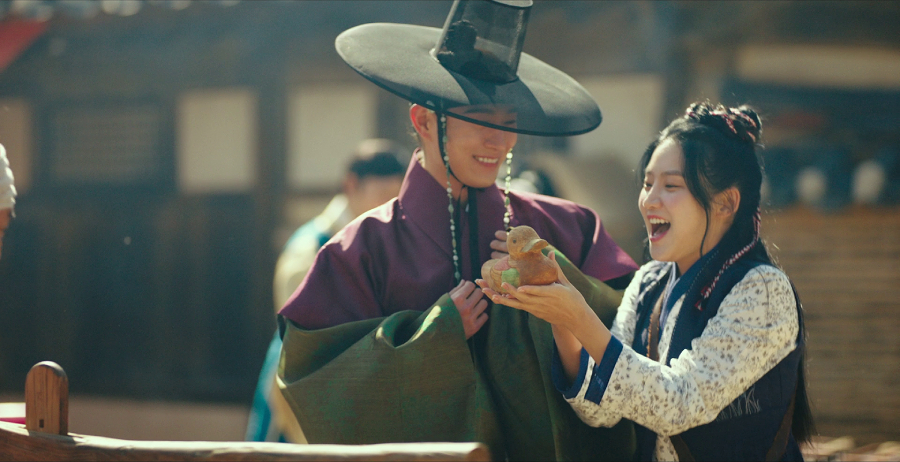 I already miss them!

Currently Watching:  “Summer Strike,” “The Forbidden Marriage.”
Looking Forward to: “Island,” “The Interest of Love,” “Queen of the Scene,” “Black Knight,” and Ji Sung’s next drama.