Park Bo Gum’s cover for the January edition of Harper’s Bazaar has been revealed!

The actor exudes a different type of charm in his most recent pictorial. With his hair soaking wet, Park Bo Gum dons a bomber jacket, tight black jeans, and ankle boots, taking his normally soft image and spinning it around 180 degrees.

He exudes confidence as he poses for the camera, showing off a very chic and sexy look during the photo shoot that was given the concept of “Park Bo Gum in the Spotlight.” The photo shoot took place right after the actor’s appearance at the 2022 MAMA Awards, but Park Bo Gum remained professional even throughout the long shoot, not showing any signs of being tired and approaching the shoot with just as much passion as he would any other project, earning a big round of applause from the staff on set. 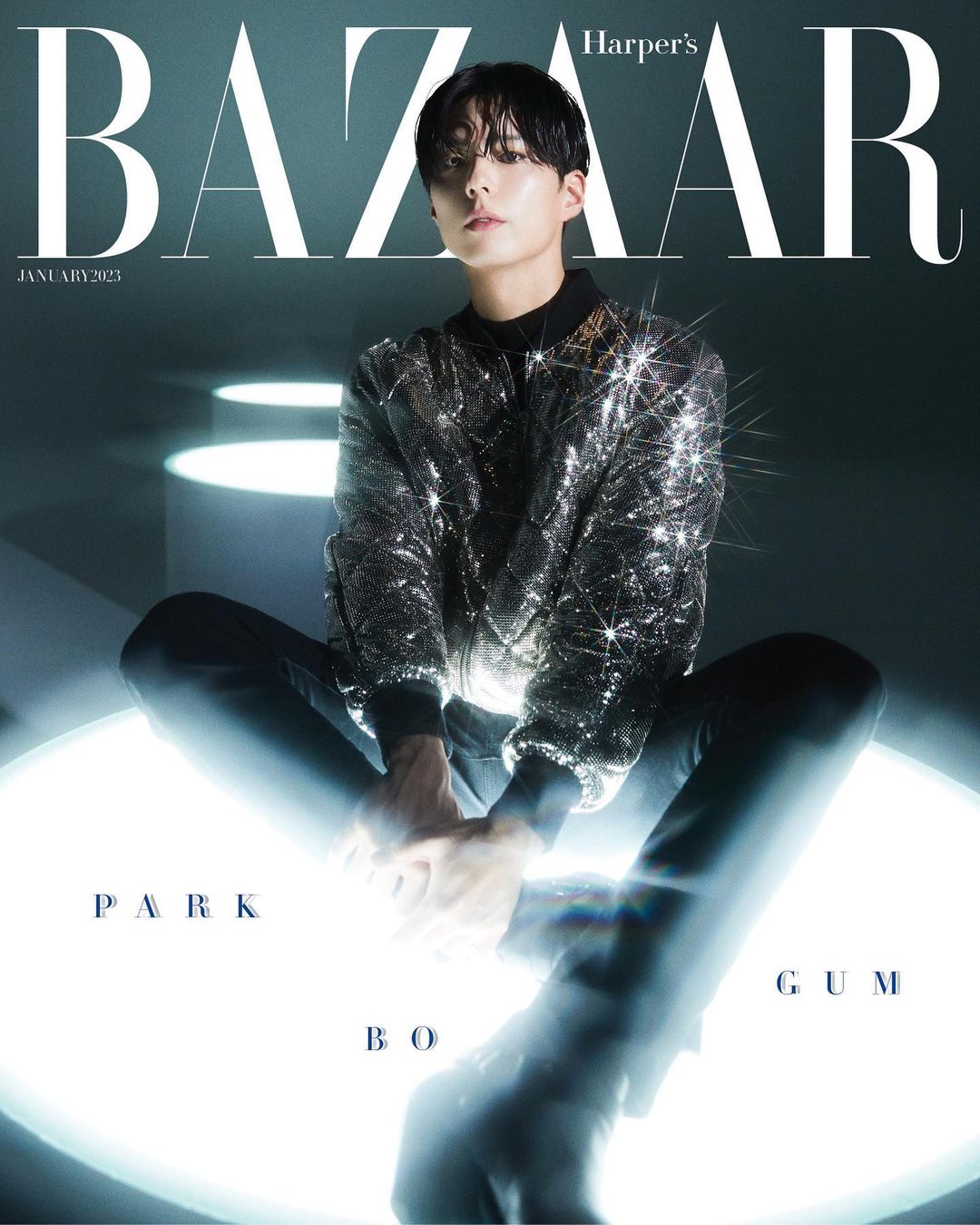 Park Bo Gum perfectly pulled off the concept of the photo shoot, coming so well-prepared that the editor barely had to give him much direction. All of the outfits worn by the actor in the photo shoot are CELINE products. Since attending the 2023 Spring/Summer runway show in Paris, he has maintained his connections with CELINE. 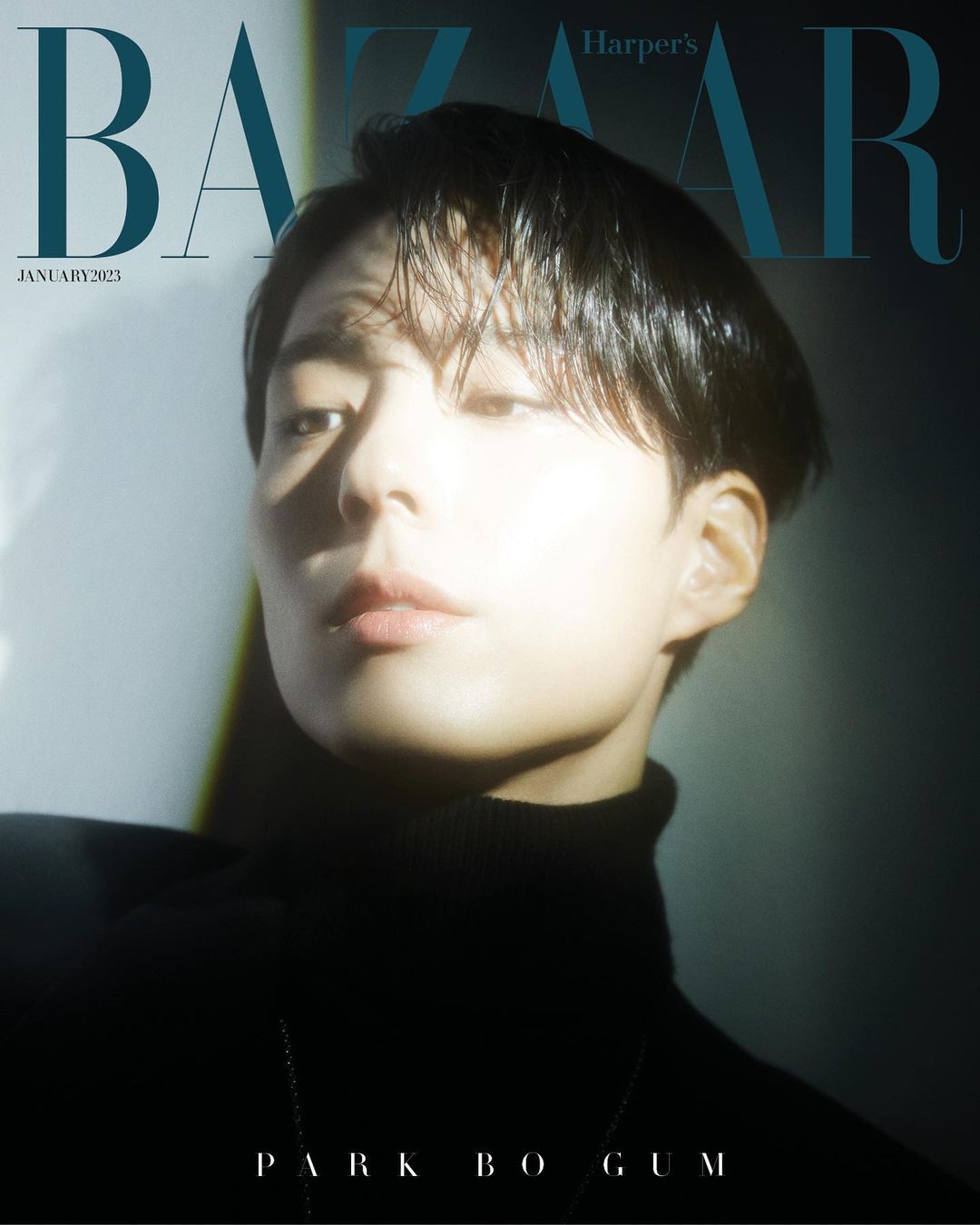 In the interview that followed the photo shoot, Park Bo Gum said, “I want to feel and take in every little moment that may pass me by and make them my own, not too fast and not too slow. There’s the musical term ‘adagio.’ [I want to take things] slowly and calmly. This seems to be my speed nowadays.” He added, “If 2022 was the run-up year, then I hope that 2023 can be a year of taking on challenges. There is the phrase ‘a trustworthy actor,’ and I of course want to hear the words, ‘Any project with Park Bo Gum in it is bound to be good. I believe in him.'” 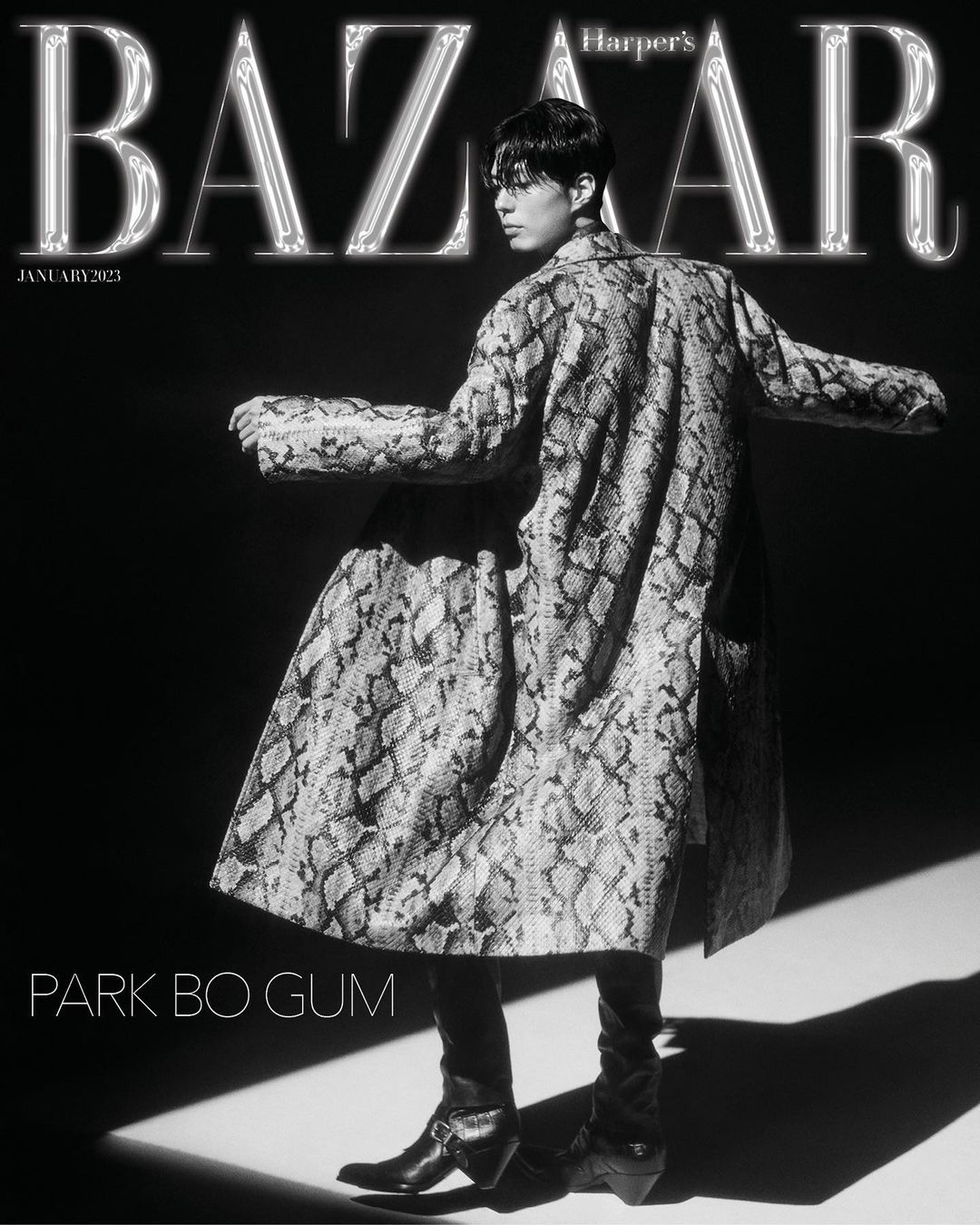 You can find more of Park Bo Gum’s pictorial and interview in the January issue of Harper’s Bazaar and on the magazine’s website.

Park Bo Gum
Harper's Bazaar
How does this article make you feel?