Yeri Reflects On Red Velvet’s Growth In 2022, Her Easygoing Reaction To Negative Feedback, And More

Red Velvet’s Yeri has decorated the cover of Allure Korea for their January 2023 issue!

Looking back on Red Velvet’s promotions in 2022 with “Feel My Rhythm” and “Birthday,” Yeri remarked, “I prepared for Red Velvet’s promotions while filming the drama ‘Cheongdam International High School‘ [literal translation]. It was so hectic because my acting and singing promotions were overlapping. Although I’m not the type to be good at multi-tasking, I still worked diligently.”

Yeri elaborated on her satisfaction with Red Velvet’s latest release “Birthday,” saying, “Gradually, our opinions are reflected a lot [in our work]. As we communicate with each other, the way we grow together is different from the past and that’s fun. We think together about what kind of music we should do in the future. Whenever we release an album, it’s our goal to bring out the most of what we can do and it’s become more important to say, ‘We’ve made this kind of music so please listen enjoyably.’ I think it’s important to properly showcase what we can do while making fun music.” 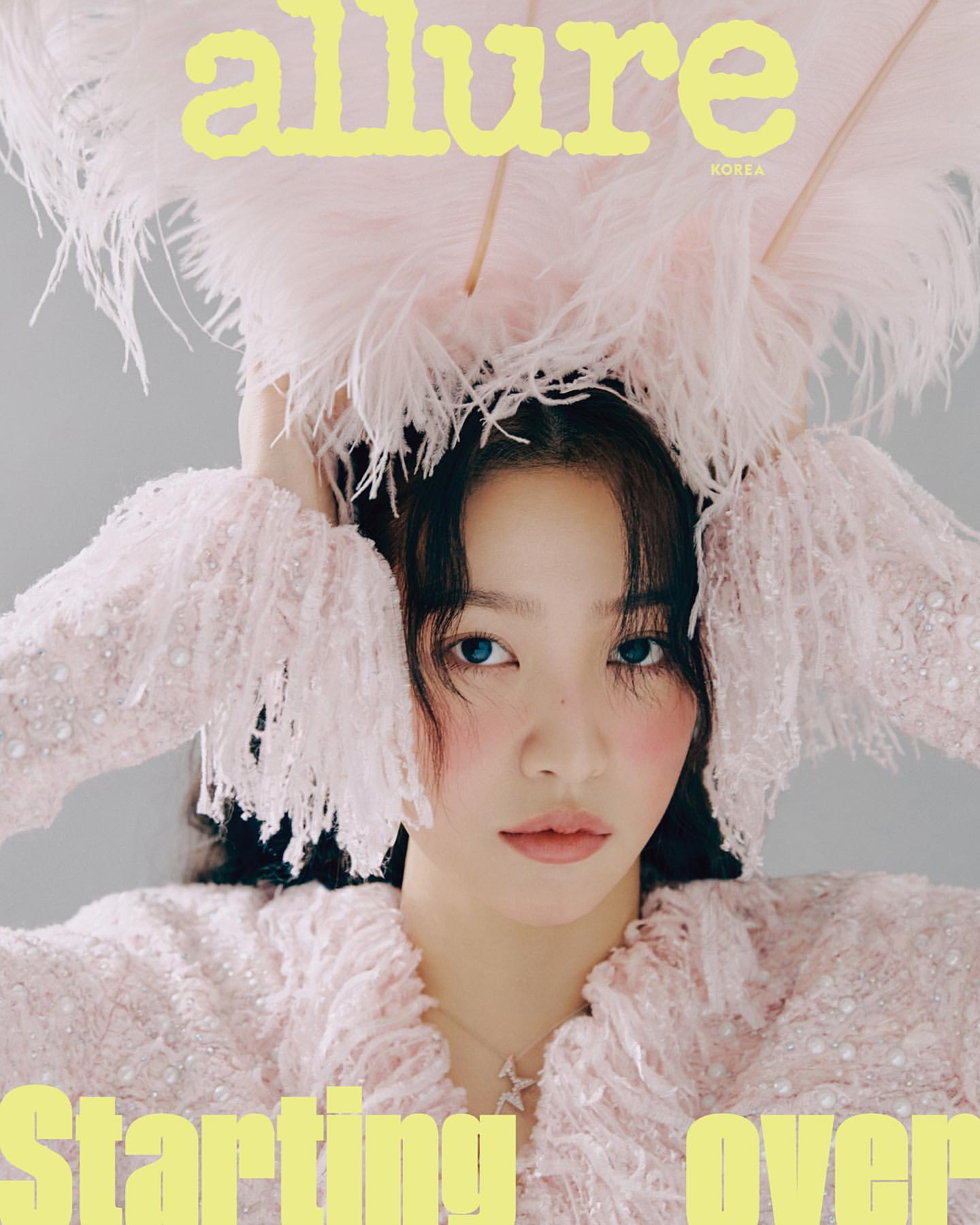 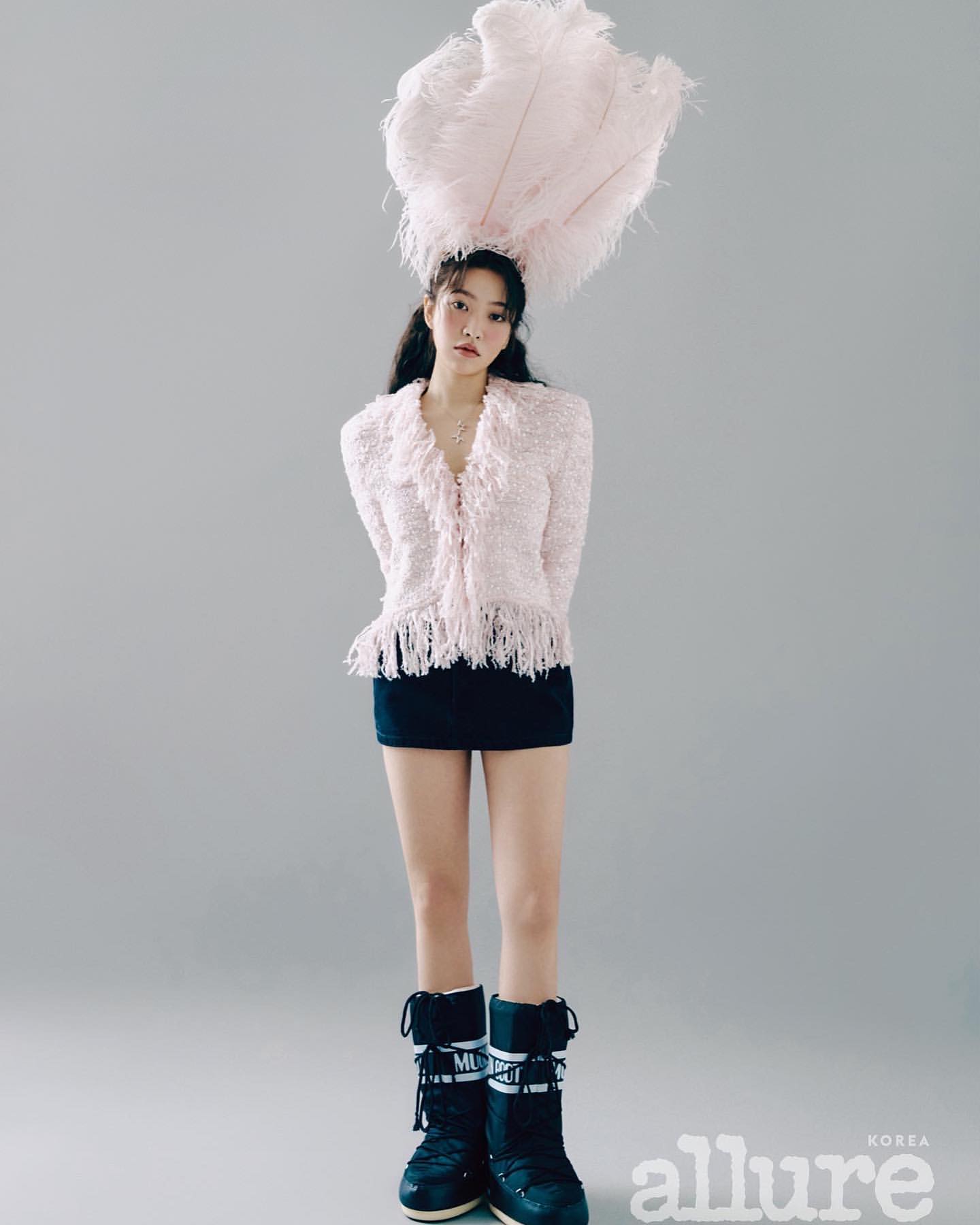 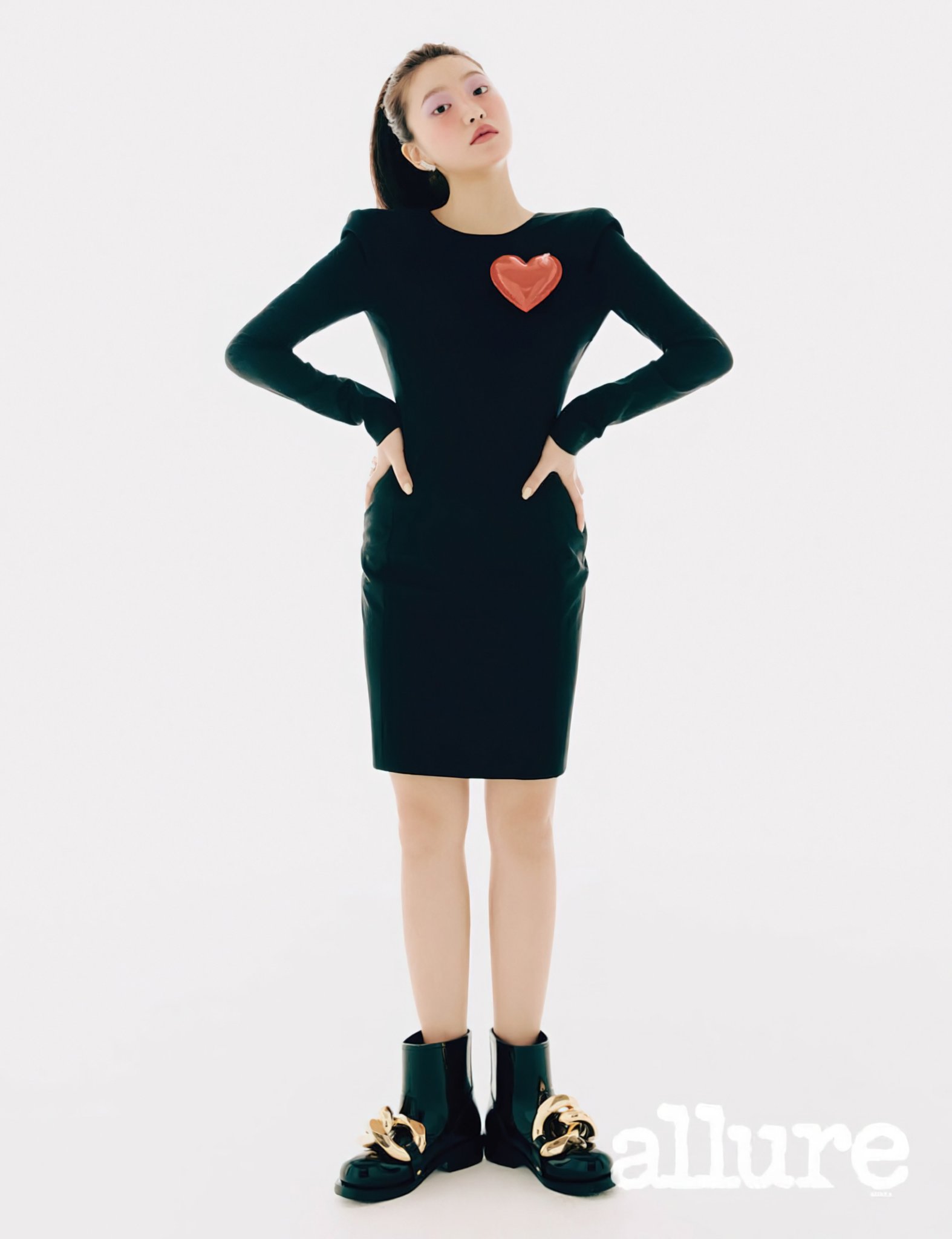 When asked about her goals for the new year, Yeri shared, “My goal in 2022 was to diligently and consistently do what I had been doing, the same as I had been doing it. After looking back and thinking about points to improve, I hope 2023 will become a year that is a little bit better.”

Yeri expressed her interest in trying new things and the interviewer asked her thoughts on potential negative reactions. “I move on, thinking there’s nothing I can do,” Yeri answered. “My personality is on the easygoing side. I’m not shy so that’s a bit of a concern, but I’ve just given up.” She added that her carefree personality and desire to showcase herself honestly has earned her the nickname “Ah Jae Rim,” which combines “Ah Jae,” meaning old person, and Ye Rim, Yeri’s birth name. 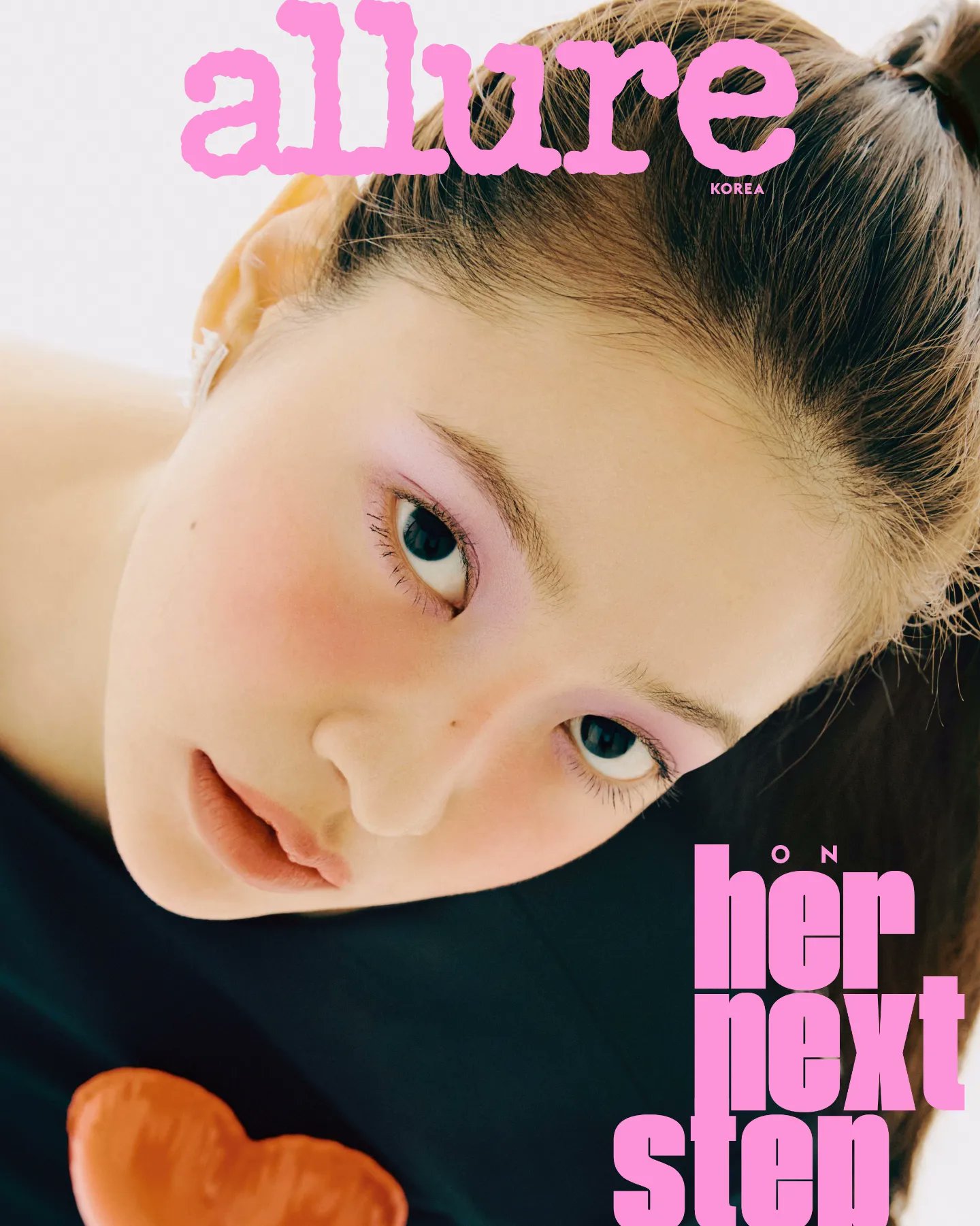 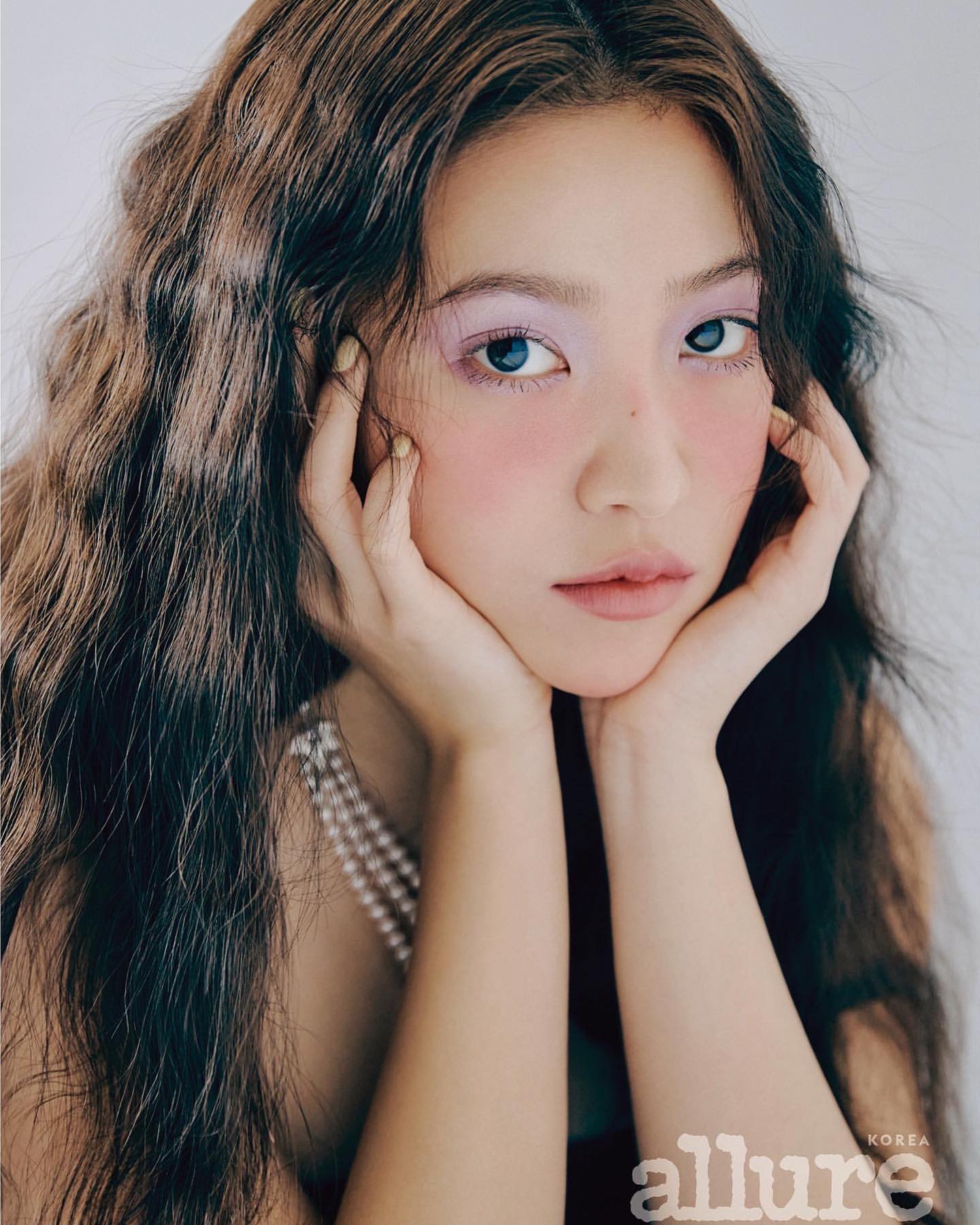 Yeri also touched on the fine line between the importance of personal and public opinion, as well as the potential contrast between the two. Explaining that this contrast happens often, Yeri commented, “Even if my eyebrows change slightly, [the public] notices right away. Attention is something to be very grateful for and without that attention, I probably wouldn’t be able to do this work, right? When this [contrast] happens, I think I try my best to focus on what I wanted to show. If I pay attention to each and every negative reaction, I end up losing myself. I believe that a fear of the public develops once you pay too much attention to what others think of you. While accepting what can be accepted, I want to continue doing what I want to do, in the range of not crossing any boundaries.”

As Yeri debuted at a young age, she spoke about no longer making so many conclusions as the biggest change she’s experienced throughout her career. “In the past, I had a lot of preconceptions and thought that I would hate the things I hated until I died, and like the things I liked until I died. However, a lot has changed. Things like starting to like dogs, my food preferences, and the type of person I want to become, have all changed. My understanding of a lot of different things has changed, and so have my thoughts. I think humans are changing beings. However, I just hope that I change in a good direction.” 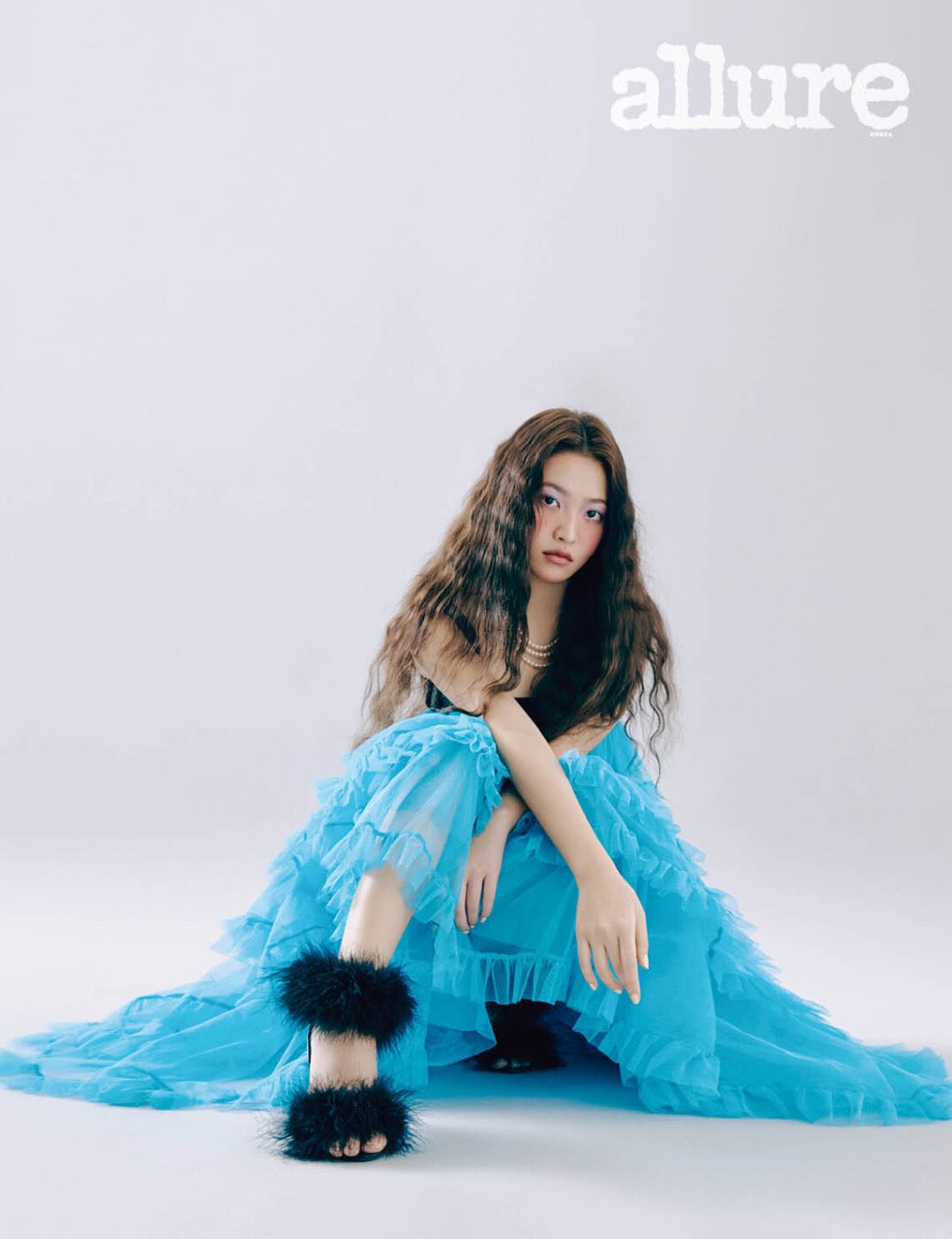 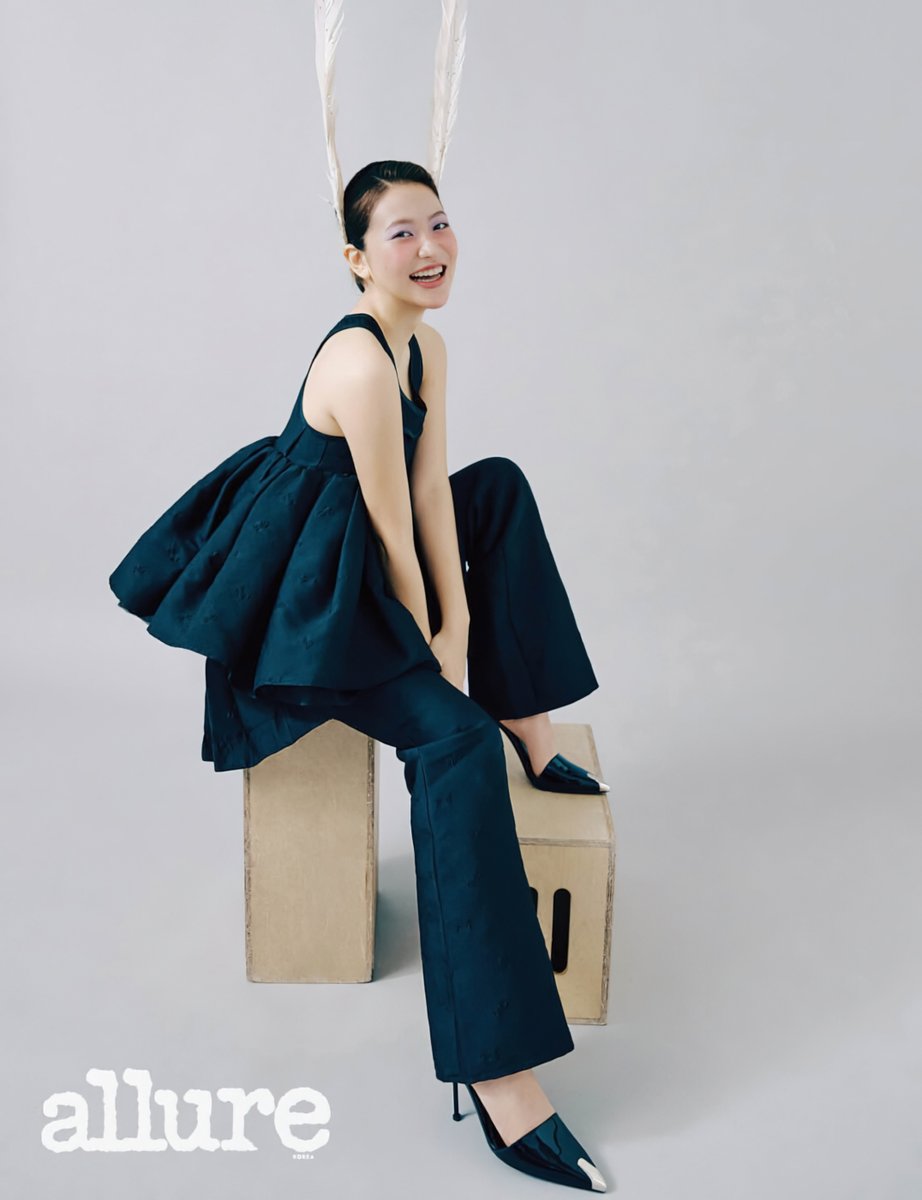 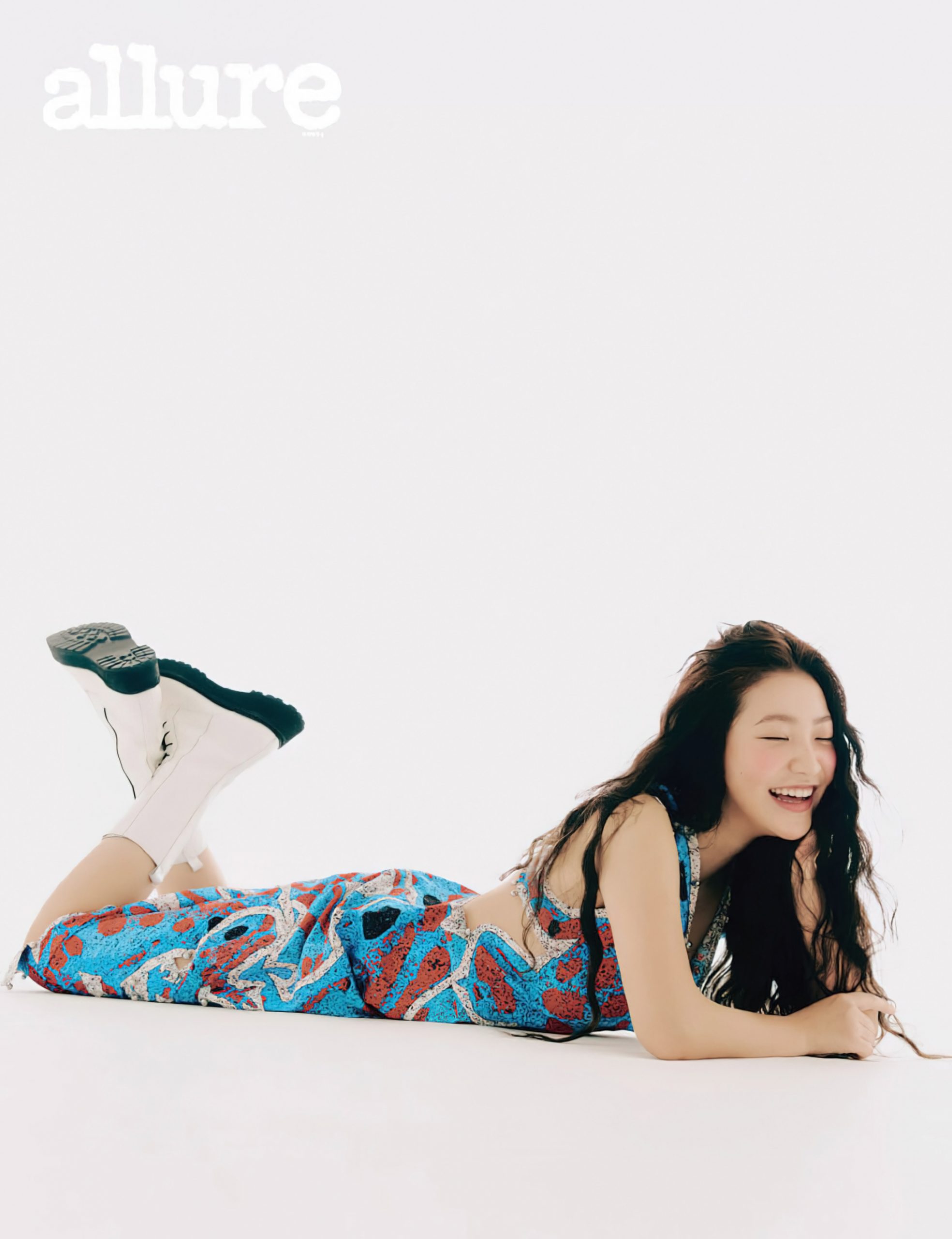 When asked whether fans would be able to see Yeri act more in the new year, she shyly answered, “What if people say I’m not good at acting?” The interviewer responded with excitement for Yeri’s work in “Cheongdam International High School” and she replied, “I don’t know if I’m doing well. The personality of [my character] Je Na is so different from mine.” Yeri explained that these personality differences made it difficult to approach her character and that lots of thought and practice went into the role. She added, “Diligently doing well is my goal.”

Yeri continued, “I’ve wanted to act since I was in middle school. Although it hasn’t been long since I properly began, I want to become an actress who can showcase a wide variety of emotions well. For starters, I want to do well in the two kinds of work that I’m doing. After this drama ends, I figure that I will continue with my acting promotions. I will continue diligently with my current promotions and I think there will be more opportunities for me to meet fans as Red Velvet next year, so I’m really looking forward to it.”

2023 is the Year of the Rabbit, which includes Yeri who was born in 1999. She expressed tons of excitement for “her year” and shared that in 2023, she hopes to hear, “Yeri is outstanding!” 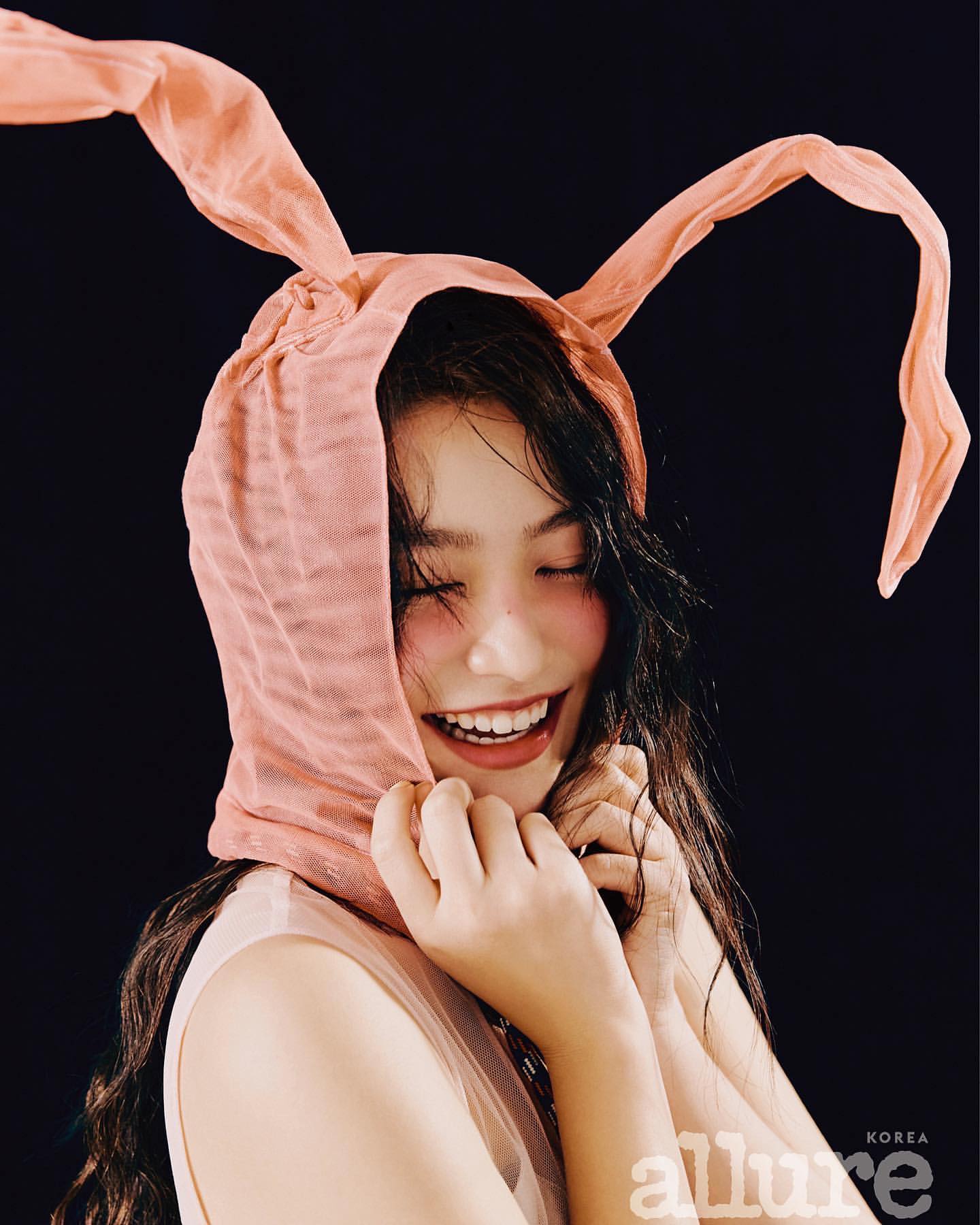 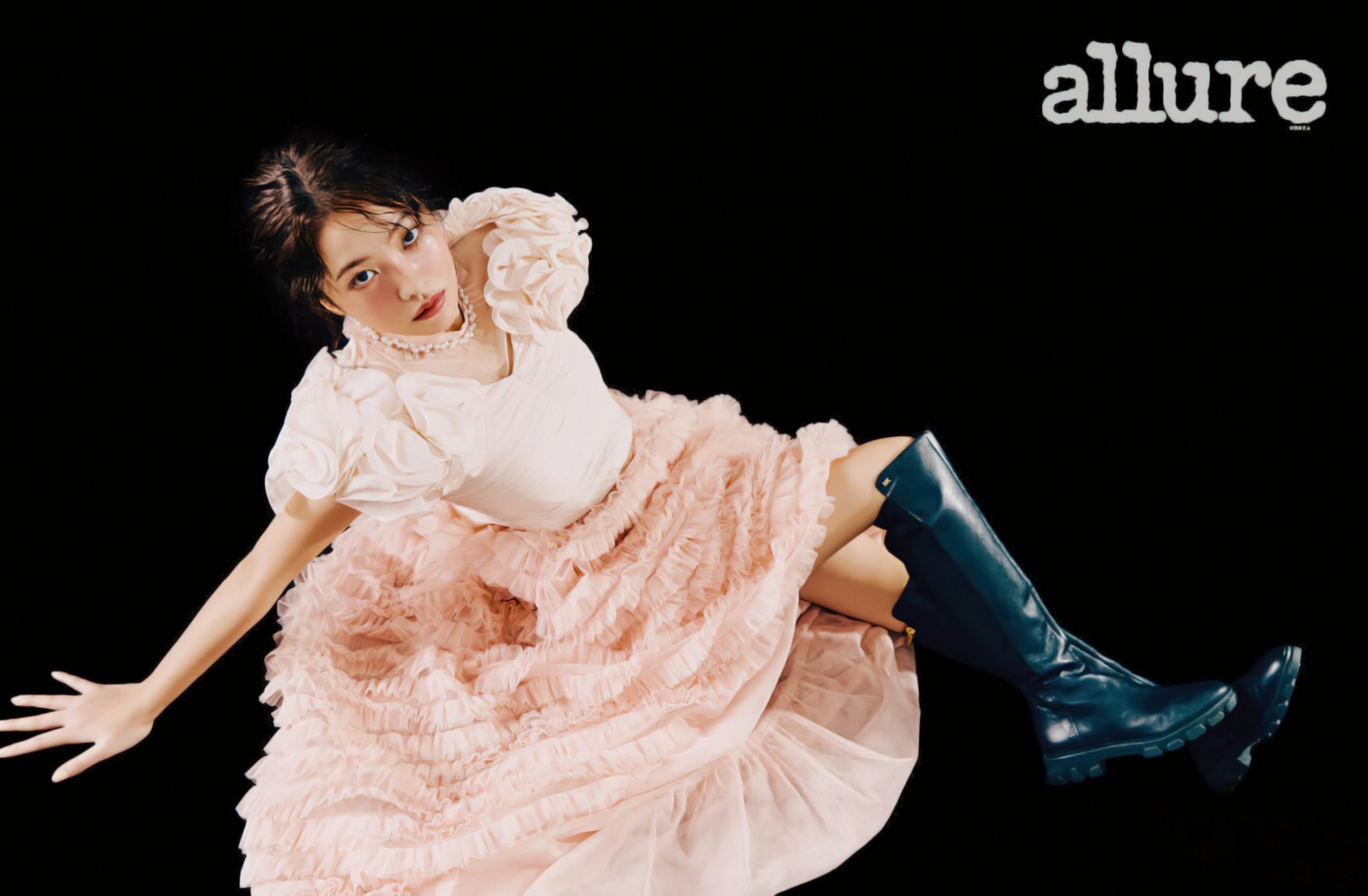 Check out Yeri in “Blue Birthday” with subtitles below!

Red Velvet
Yeri
Allure
How does this article make you feel?