Mark your calendars: TWICE is gearing up for a busy first quarter of 2023!

On December 21 at midnight KST, TWICE officially announced their plans to make a comeback with “Our Youth” in early 2023.

After dropping a pre-release English single in January, TWICE will be releasing their 12th mini album in March.

Check out TWICE’s new announcement teaser for their upcoming comeback below! 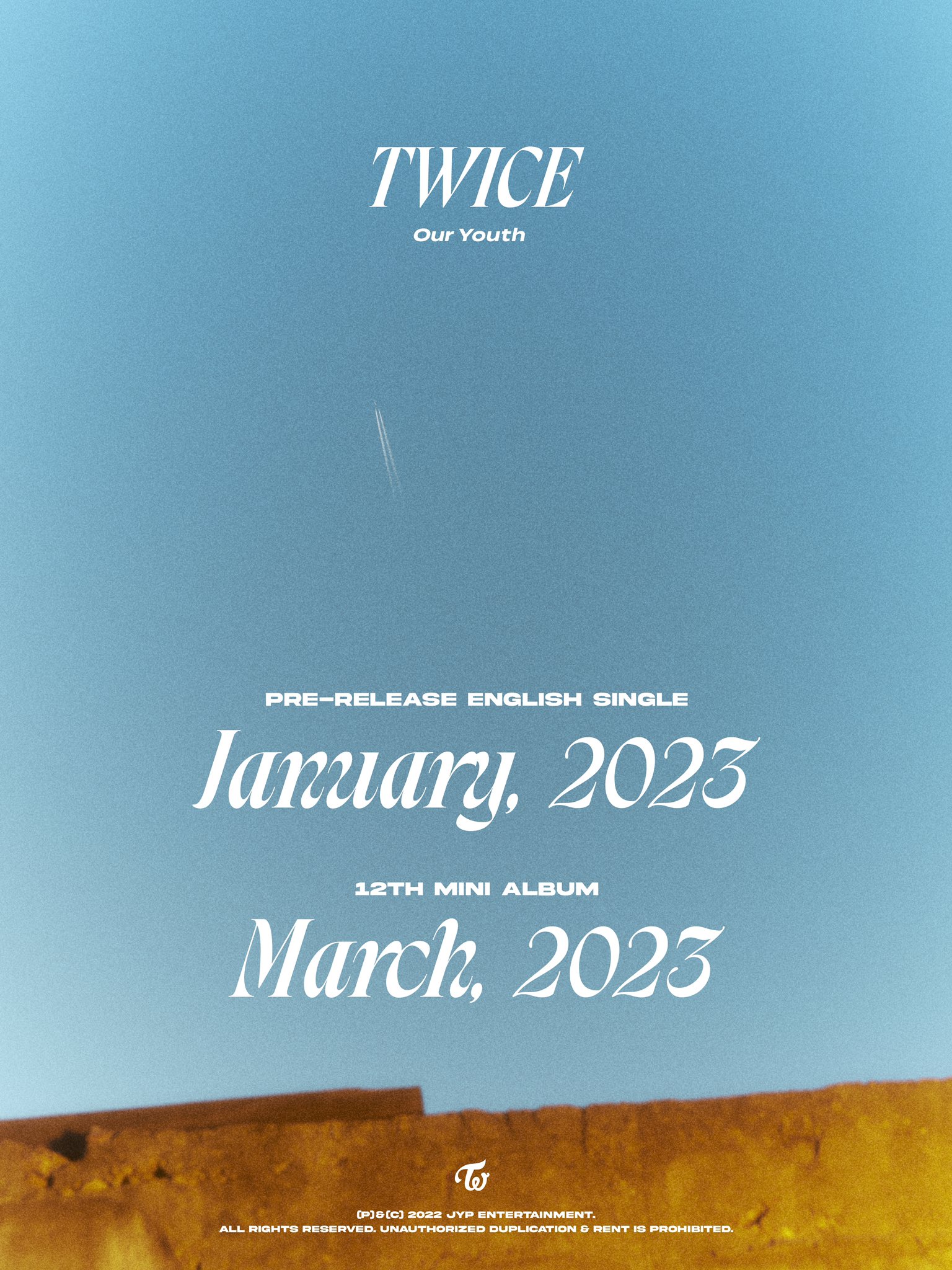 Are you excited to see what TWICE has in store for 2023?