“Payback” tells the thrilling revenge story of those who risk everything to fight a money cartel that has colluded with the law. The drama will give viewers both thrills and catharsis through its portrayal of those who refuse to remain silent and fight against incompetent and unjust authority in their own way.

Lee Sun Gyun stars as reclusive money dealer Eun Yong, who plans a high-stakes plot for revenge in order to help regain the dignity of a certain person he’s thankful to who was sacrificed in an unfair trade. With his head held high, Eun Yong oozes charisma and self-confidence one can expect from a highly profitable hedge fund manager like him. His resolution is perfectly represented by the writing next to him reading, “I’m going to buy all of South Korea’s prosecutors. Not with the law but with money.” 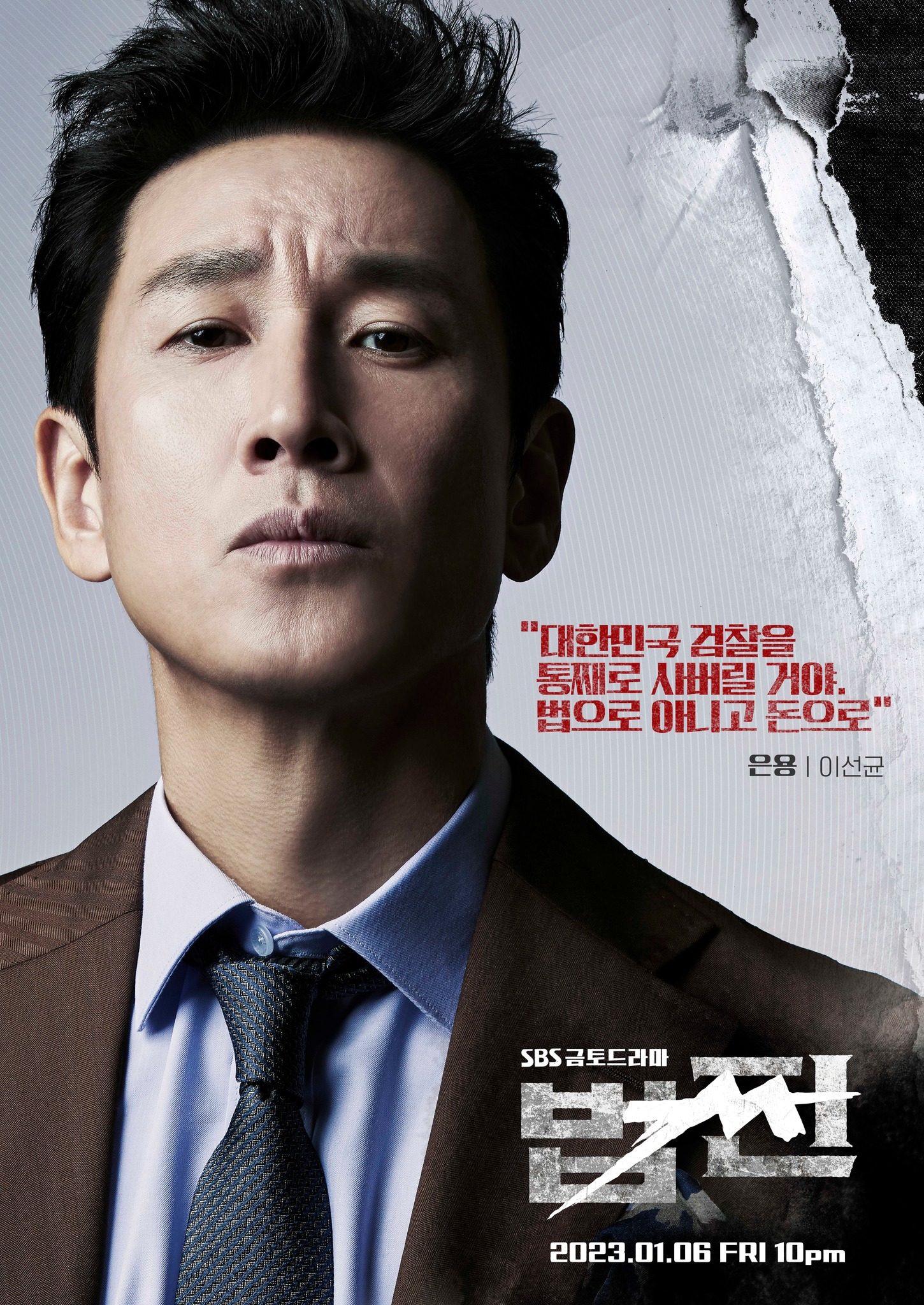 Moon Chae Won will star as Army Major Park Joon Kyung, an elite judicial officer and former prosecutor. Park Joon Kyung’s clean suit and firm gaze give viewers a glimpse of her characteristics as a morally upright and just prosecutor. However, the phrase next to her hints at her determination to change herself to become a monster to fight against other monsters. “If the prosecutor doesn’t do their job of questioning people for their crime and punish them, then someone else should.” 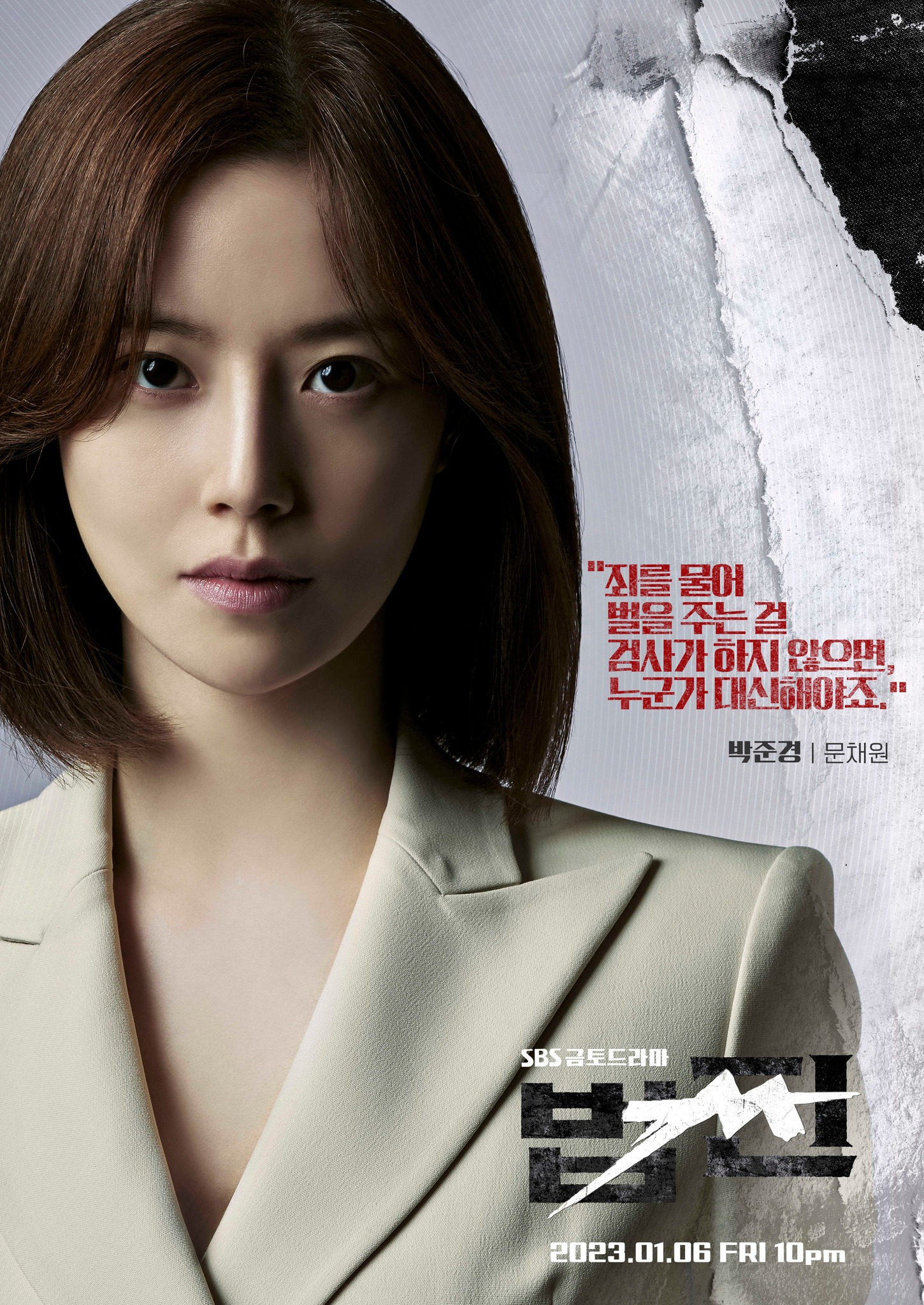 Kang You Seok portrays Jang Tae Choon, a passionate, young prosecutor who is thirsty for success. Dressed in a black suit with tenacity in his eyes, Jang Tae Choon’s motto reads, “I wanted to reach the top. To be a prosecutor no one can look down on, one who beats down great evil. Dashingly.” Jang Tae Choon’s fearless fight against the bad guys will surely bring catharsis to viewers. 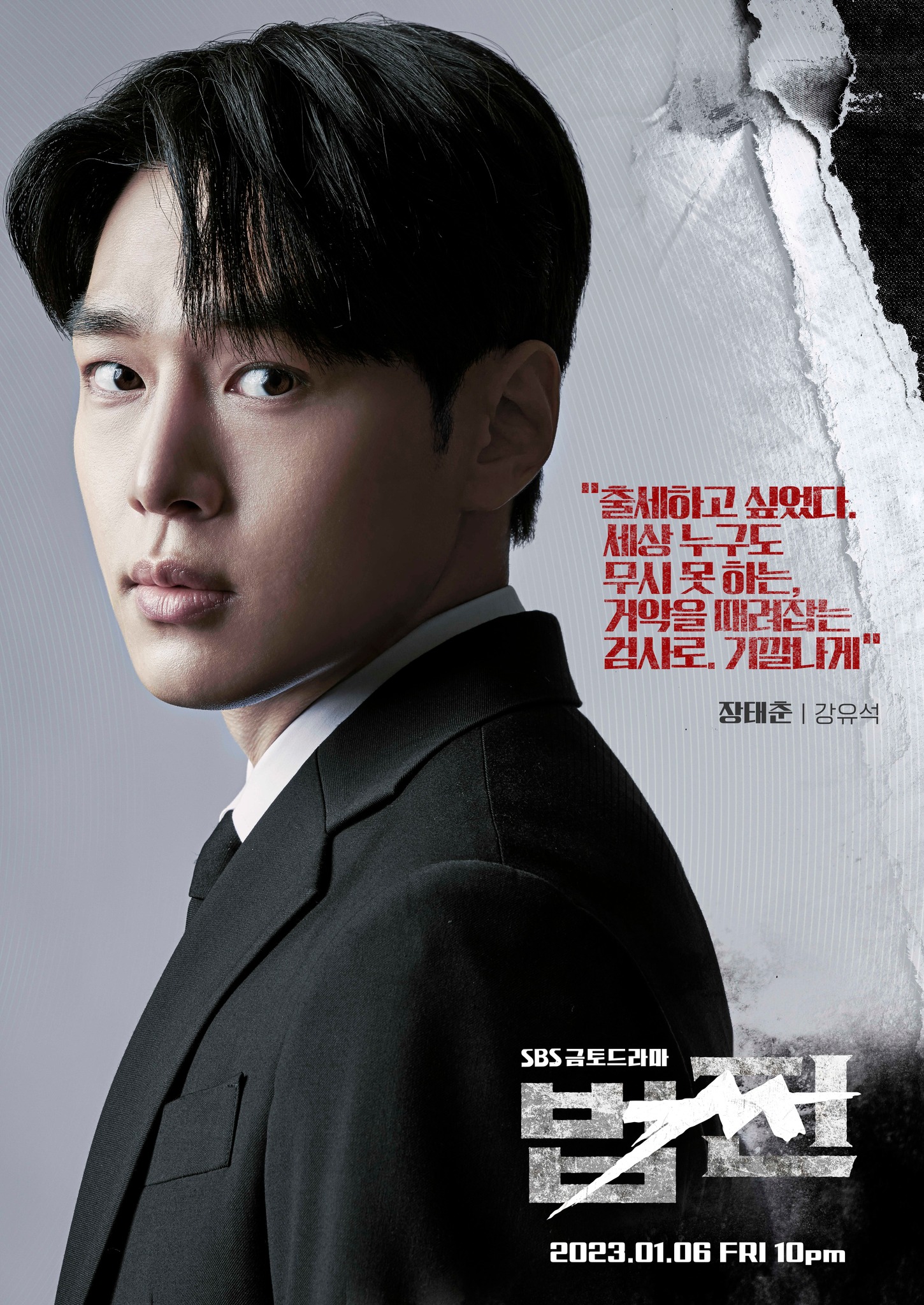 Park Hoon will transform into elite prosecutor Hwang Gi Seok who does not hesitate to collude with his enemies if it results in him successfully entering the Blue House, with his ultimate goal to reach top authority. Hwang Gi Seok looks cold-blooded and ambitious in his poster, evident with the chilling quote that fully embodies his dark ambition, “But you know, if I were you, I wouldn’t fight me.” What kind of unfortunate fate will his opponents face when they’re up against Hwang Gi Seok? 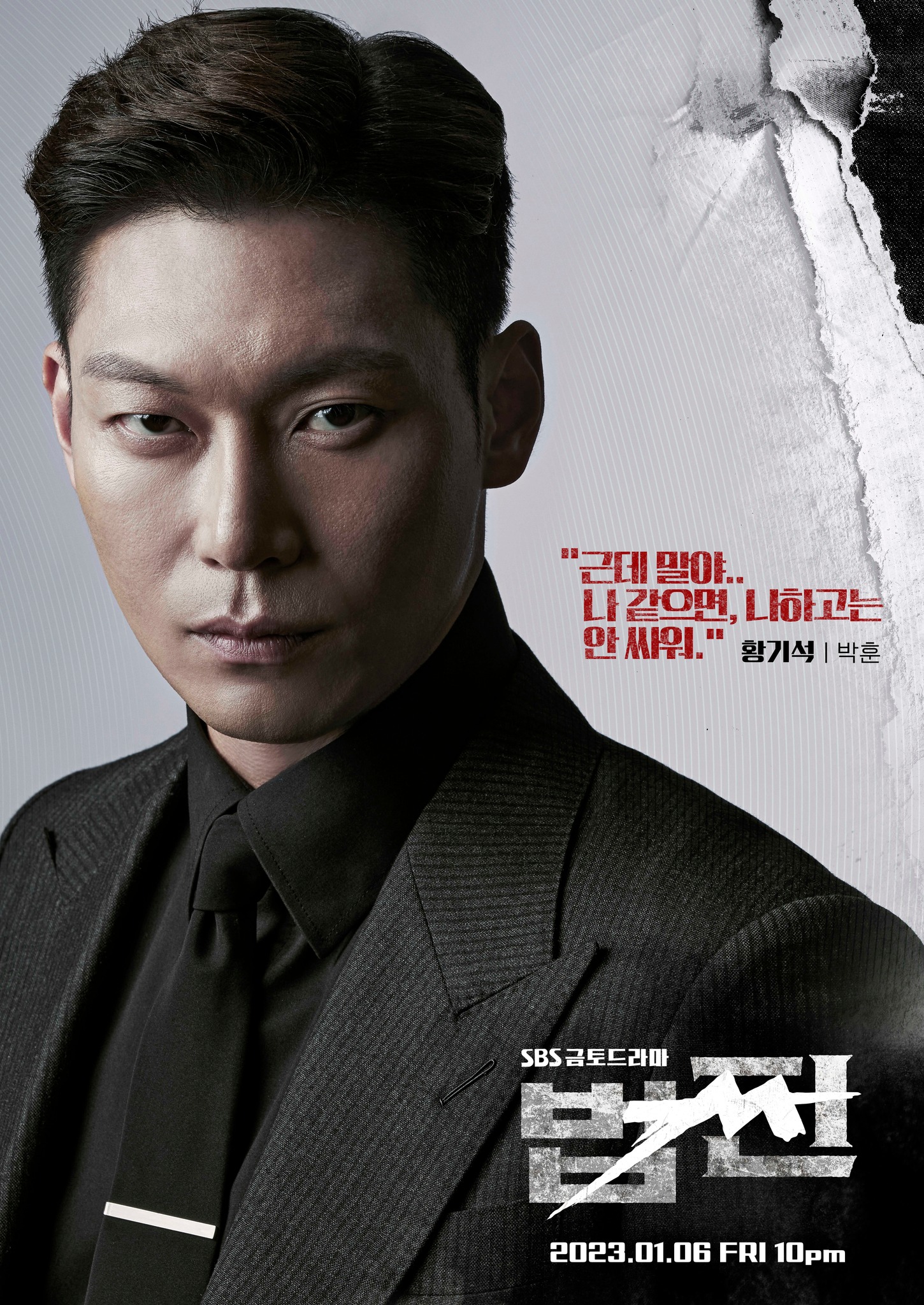 Finally, Kim Hong Pa plays chairman Myung In Joo, a key player in the corporate bond market. Myung In Joo’s eyes are covered with dark sunglasses, adding curiosity to see what other secrets his character is hiding. The cryptic phrase, “Those who are holding tight to money aren’t the tough guys. The tough ones are those who already got a strong hold of money,” makes viewers curious about what kind of scheme the godfather of the cartel of greed has. 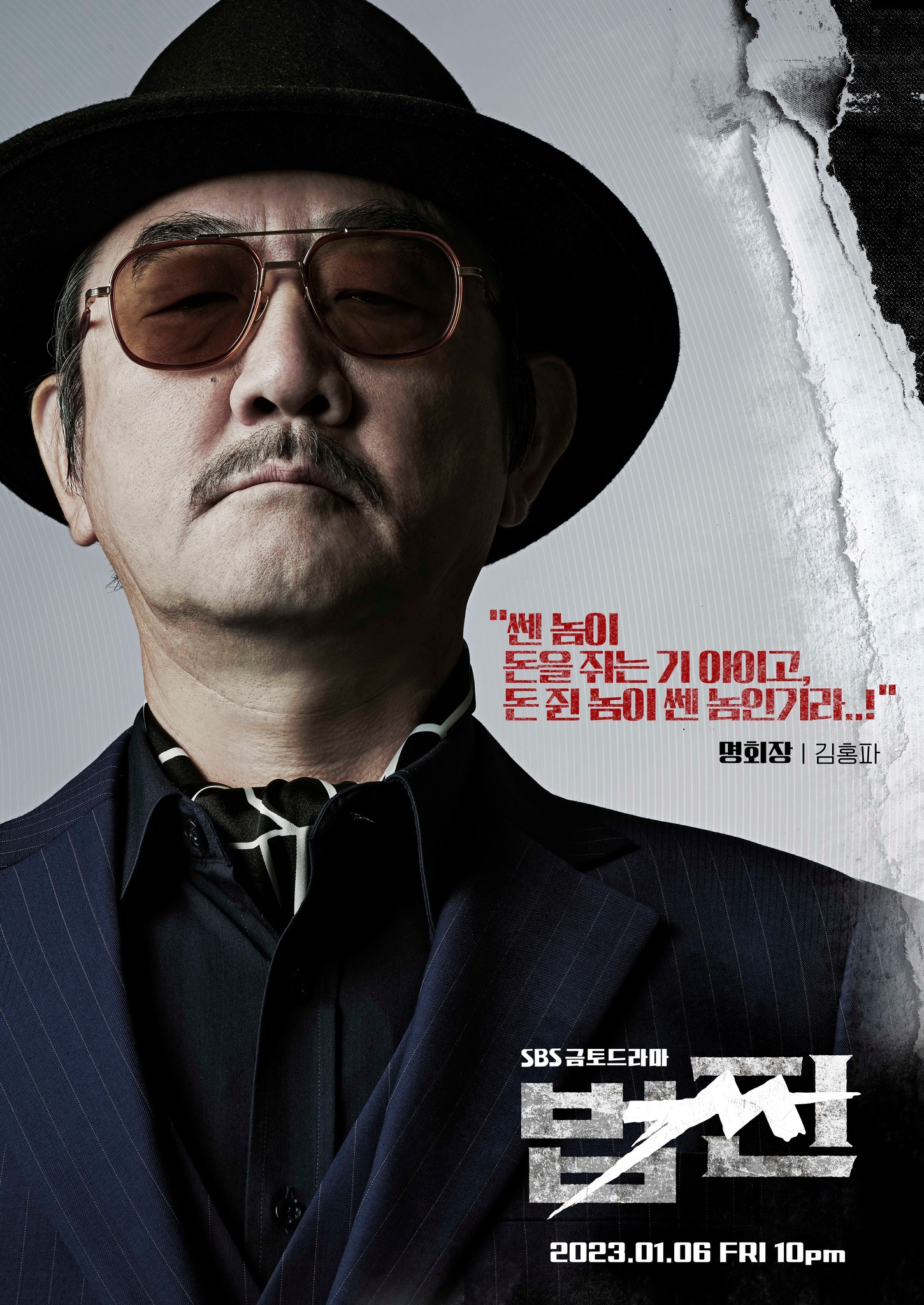 The production team remarked, “Since the actors have such good chemistry with each other, during the poster filming they were also full of encouragement, support, and laughter for each other,” and added, “We ask for your anticipation on the first broadcast of ‘Payback,’ which is as strong and powerful as the character posters that faithfully capture the unique personalities and stories of the five characters.”

“Payback” will premiere on January 6 at 10 p.m. KST. Check out a teaser here!

While you wait, watch Lee Sun Gyun in “War of Prosecutors“: