Get ready for a high-stakes confrontation on MBC’s “The Forbidden Marriage”!

Based on the web novel of the same name, “The Forbidden Marriage” is a new drama starring Kim Young Dae as King Yi Heon, who falls deep into despair after the death of his wife and ends up prohibiting marriage in his kingdom. Seven years after the loss of his wife (played by IZ*ONE’s Kim Min Ju), who was then the crown princess, he comes across a con artist named So Rang (Park Ju Hyun) who claims that she can be possessed by the late princess’s spirit.

The previous episode of “The Forbidden Marriage” ended on a cliffhanger, with Lee Shin Won (Kim Woo Seok) suddenly grabbing So Rang by the arm and dragging her out of the king’s chambers.

In newly released stills from the drama’s upcoming fifth episode, Lee Shin Won’s defiant behavior throws the king into an uncontrollable fury. As the longtime friends have both developed feelings for So Rang, the conflict between them escalates quickly, and Yi Heon is unable to contain his rage as he even draws his sword against Lee Shin Won.

Even when faced with the possibility of death, Lee Shin Won remains calm as he daringly glares back up at the king—and So Rang jumps between the two men in a desperate attempt to de-escalate the situation. 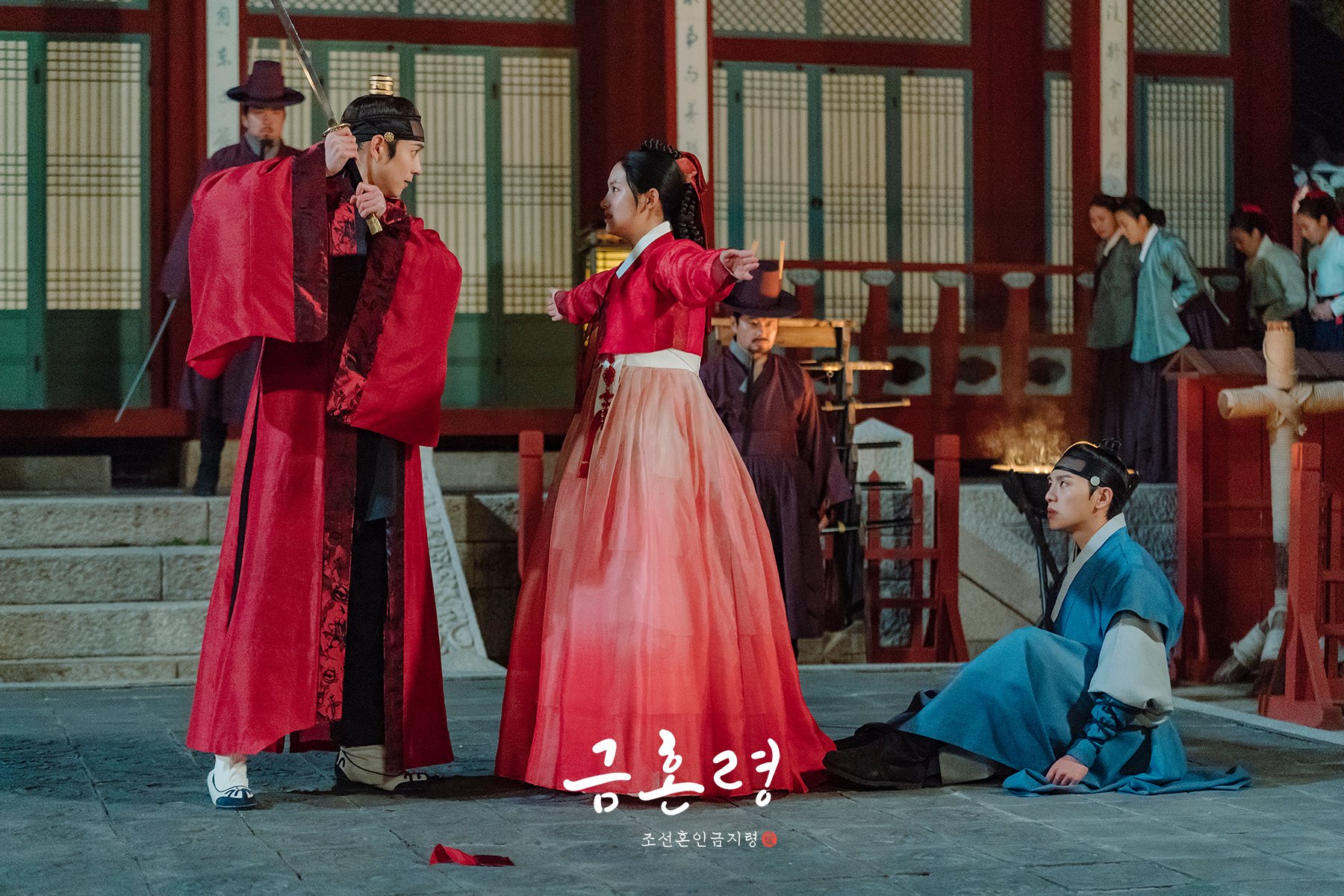 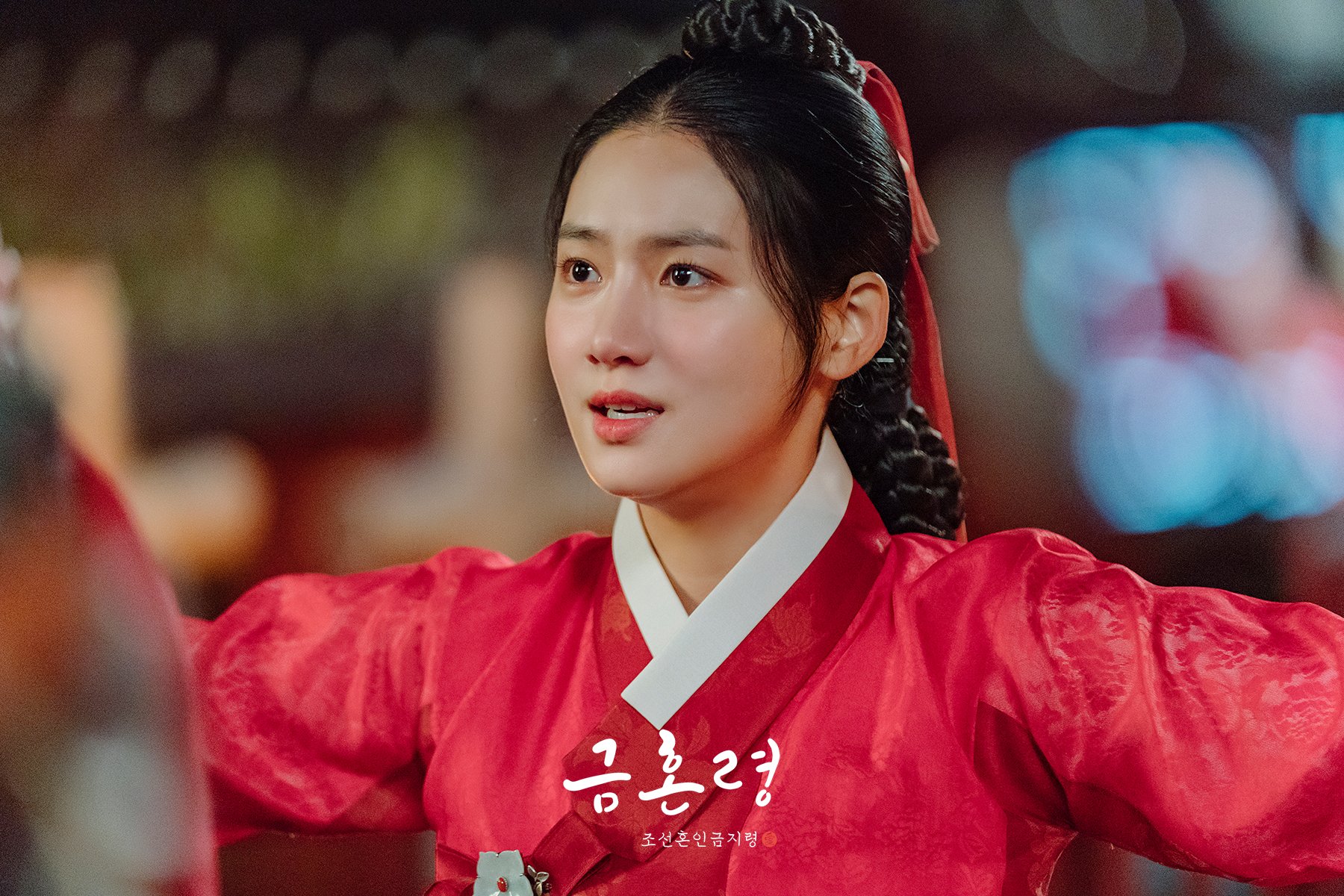 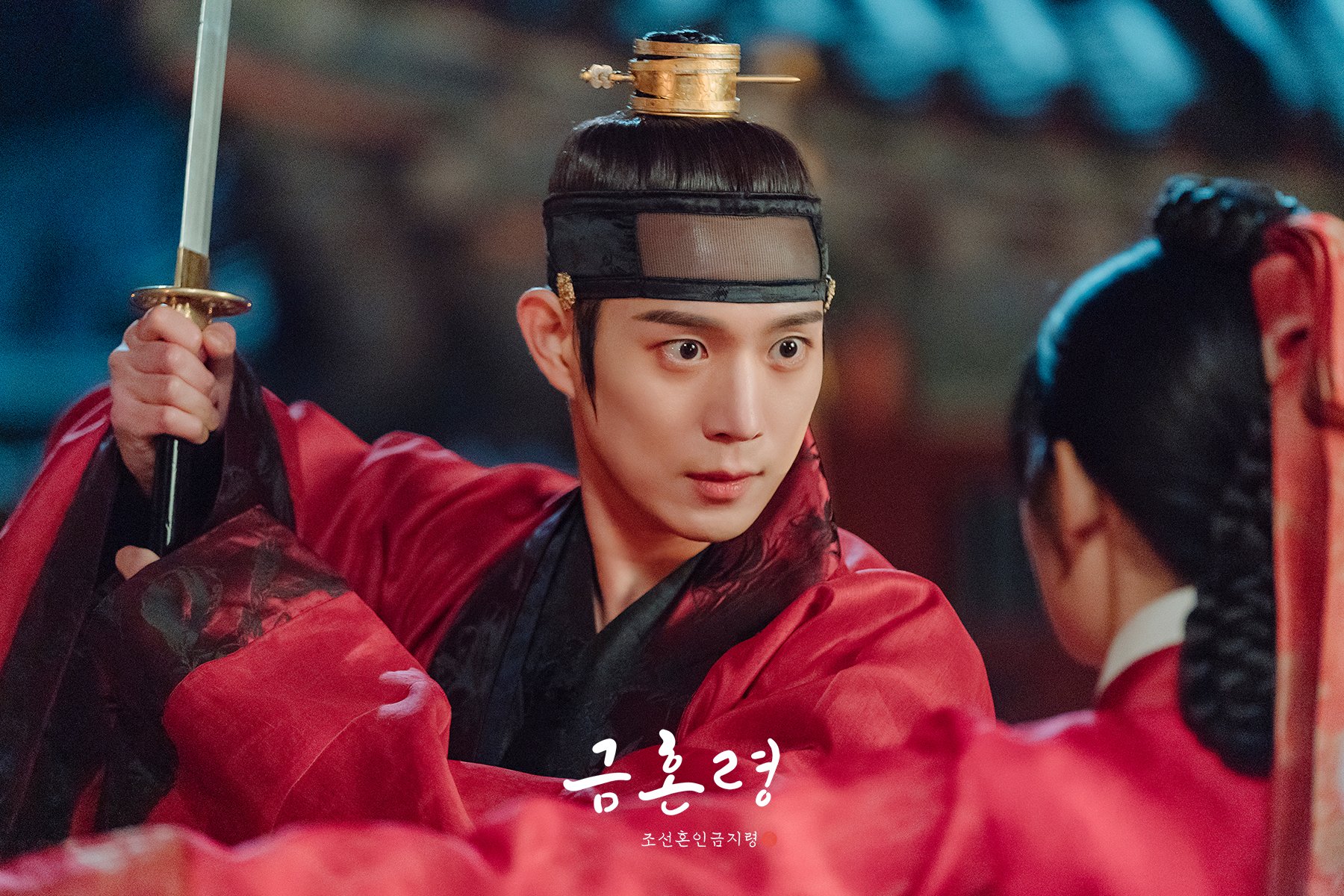 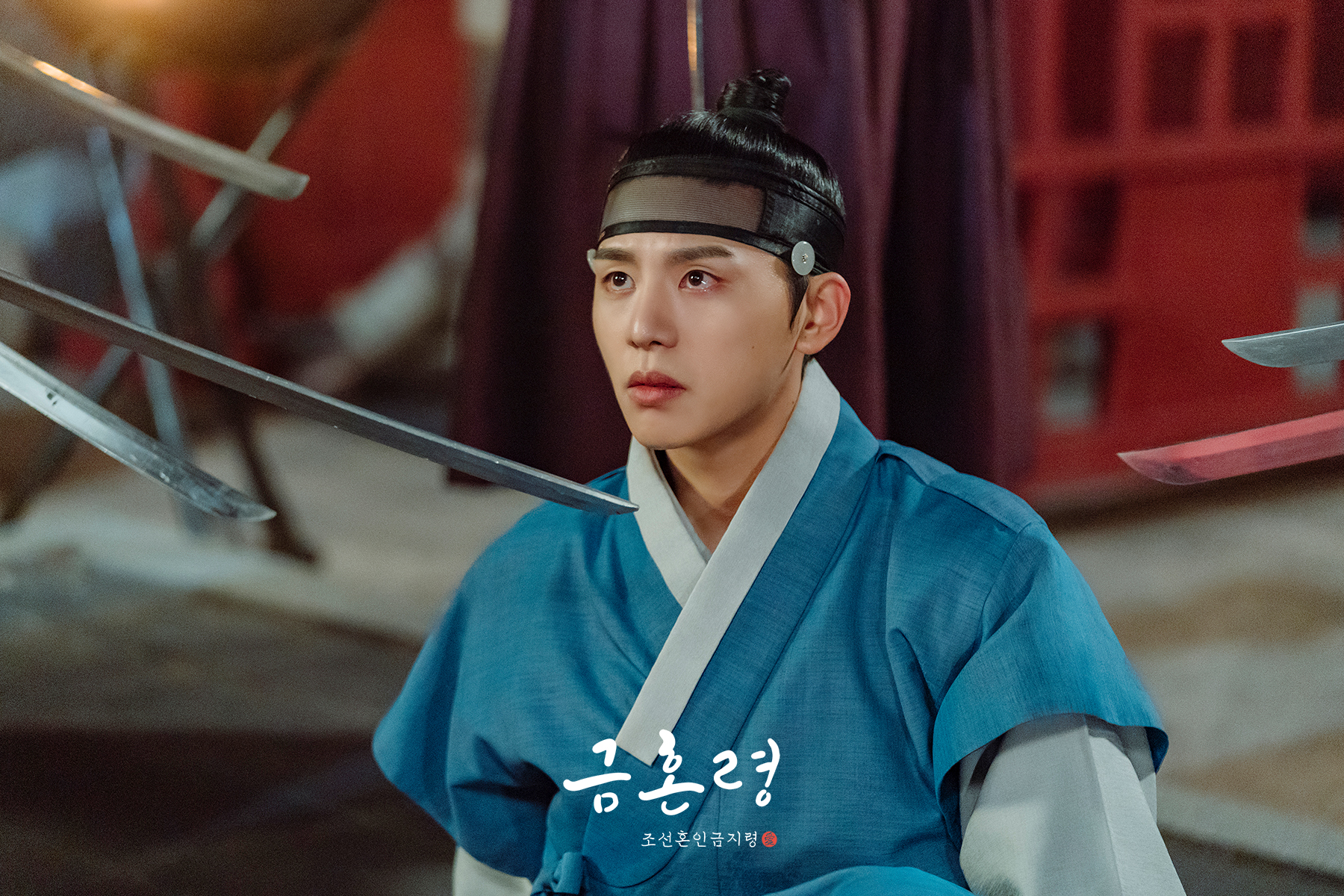 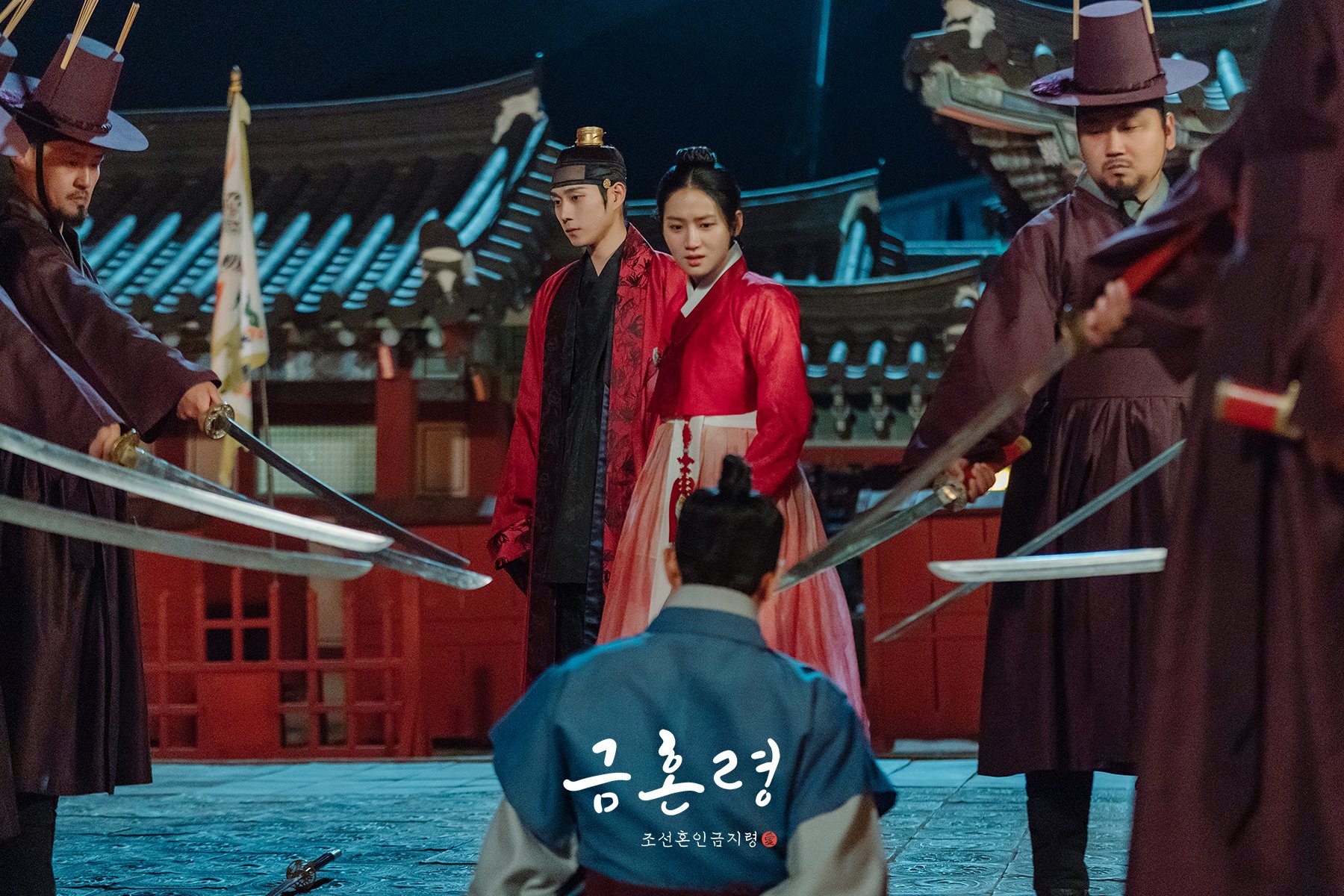 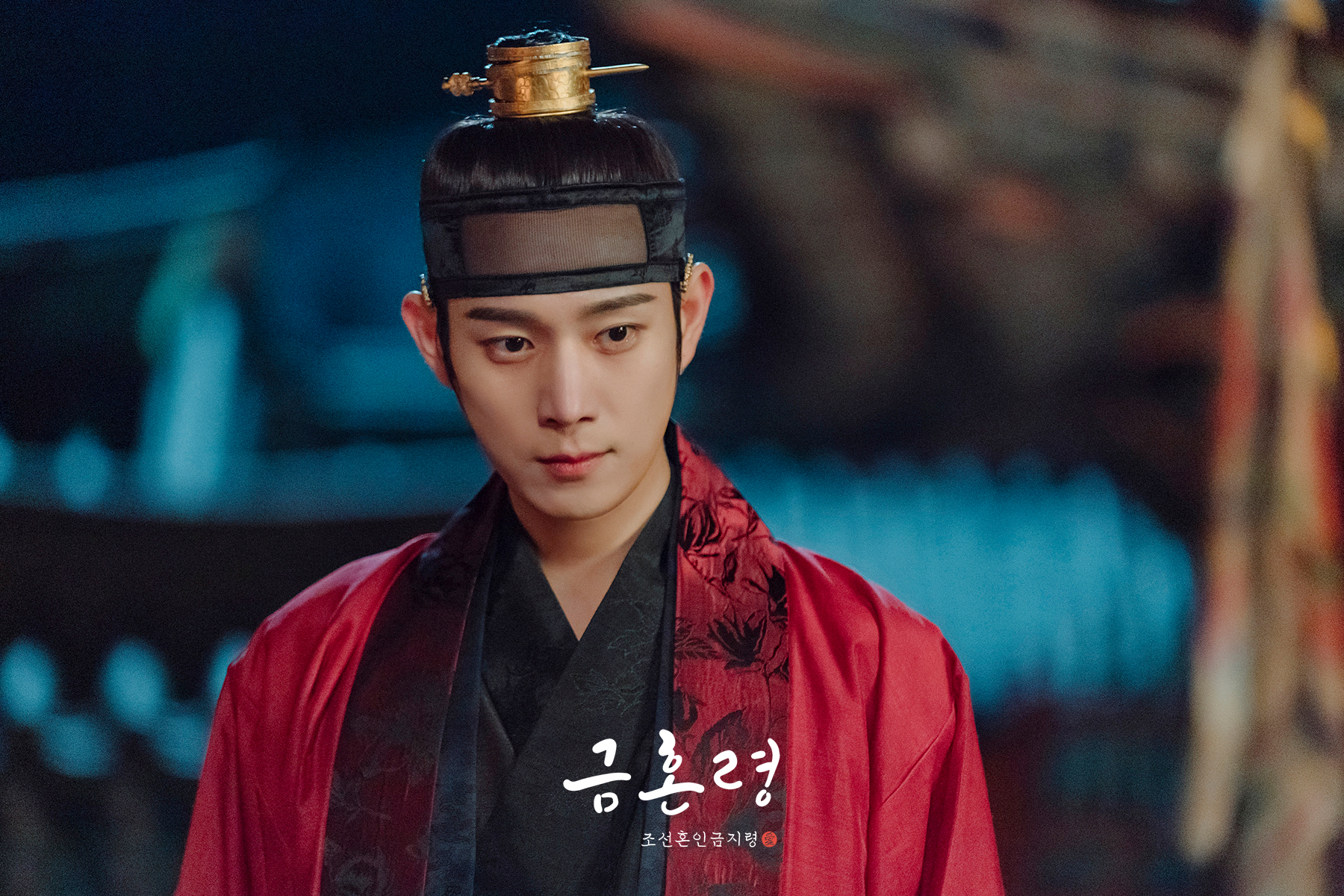 To find out what happens between the two childhood friends—and how this turn of events will change their relationship—tune in to the next episode of “The Forbidden Marriage” on December 17 at 9:50 p.m. KST!