WATCHA will be unveiling an original idol documentary series in the new year!

“Fill In The Blank” is a documentary that will unravel the stories of popular idols Oh My Girl’s Hyojung, THE BOYZ’s Q, ATEEZ’s Wooyoung, and LE SSERAFIM’s Kim Chaewon as their true selves, rather than as glamorous celebrities. The program is based on the hypothetical psychological theory that in any given case, highly materialized modern lives can be explained by nine objects, and these stars will set out to find these nine objects that describe and explain their identities.

On December 23, WATCHA released individual posters of the four idols that raise questions about their inner feelings and thoughts.

Hyojung’s poster reads, “I think the times I spent saying I was okay when I wasn’t were actually difficult.” Kim Chaewon shares, “I don’t think there will be a day when my goal disappears.” 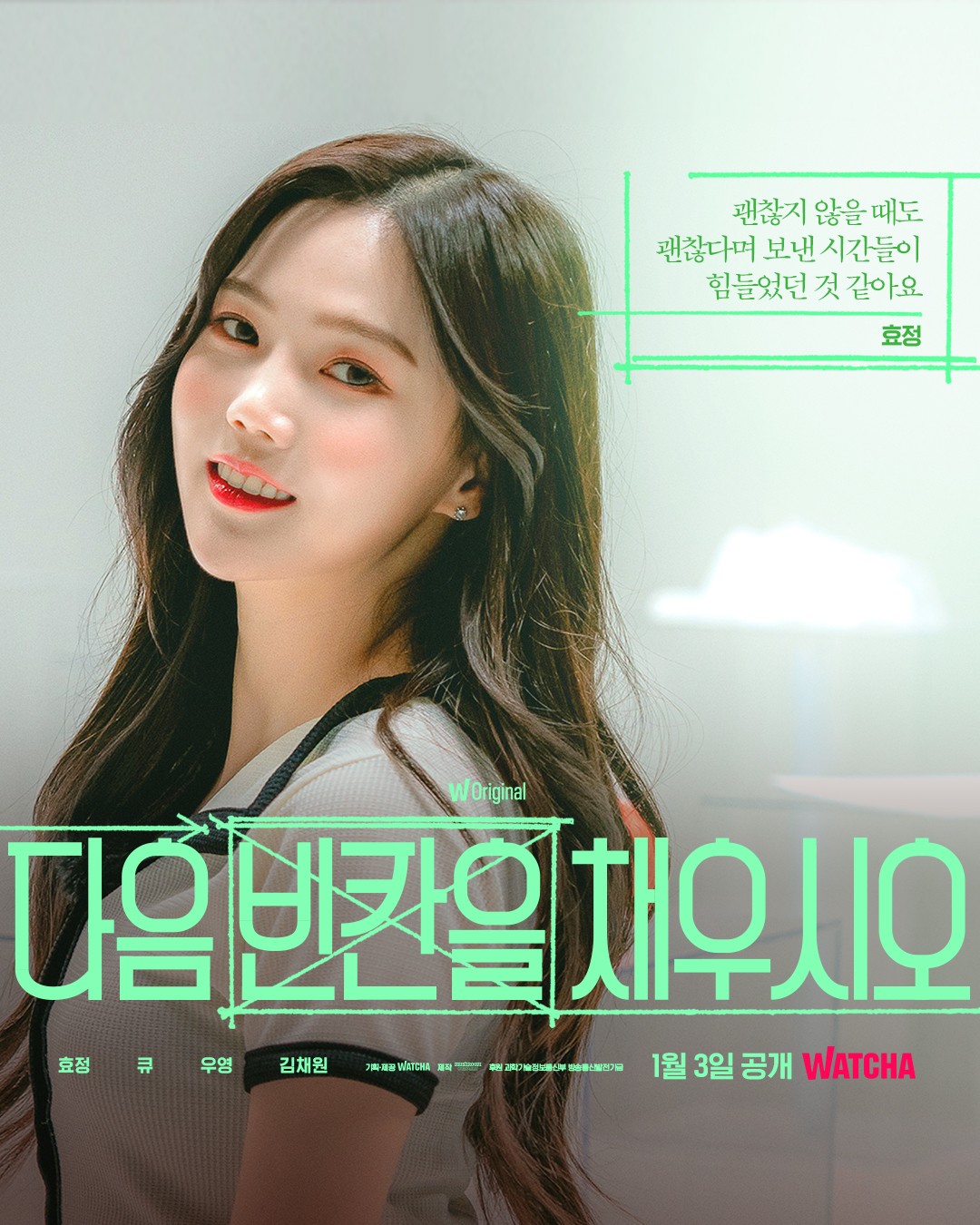 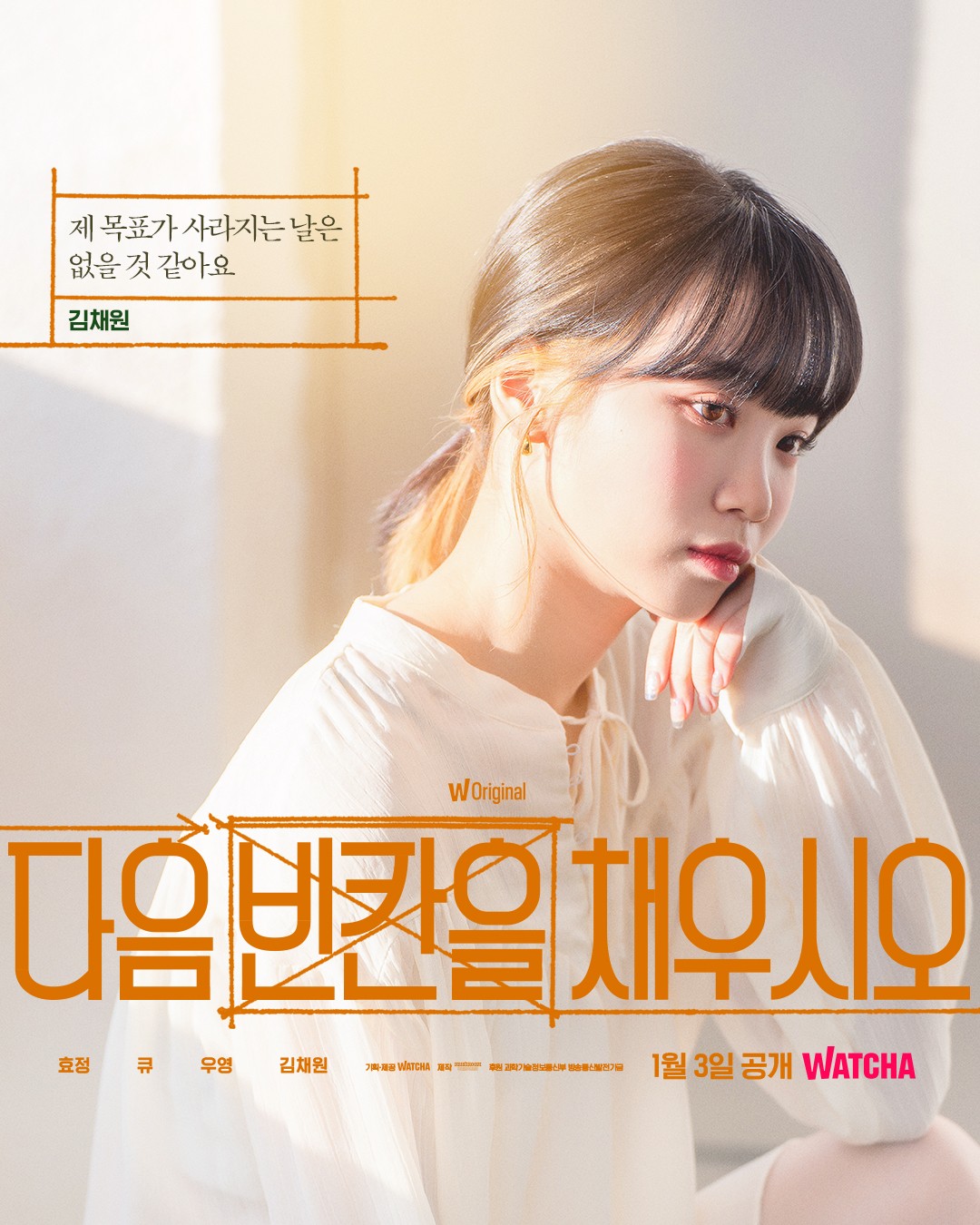 On Q’s poster, he states, “To me, 25 years old was so painful.” Wooyoung’s poster reads, “I’m someone who shows everything and does not hide my heart.” 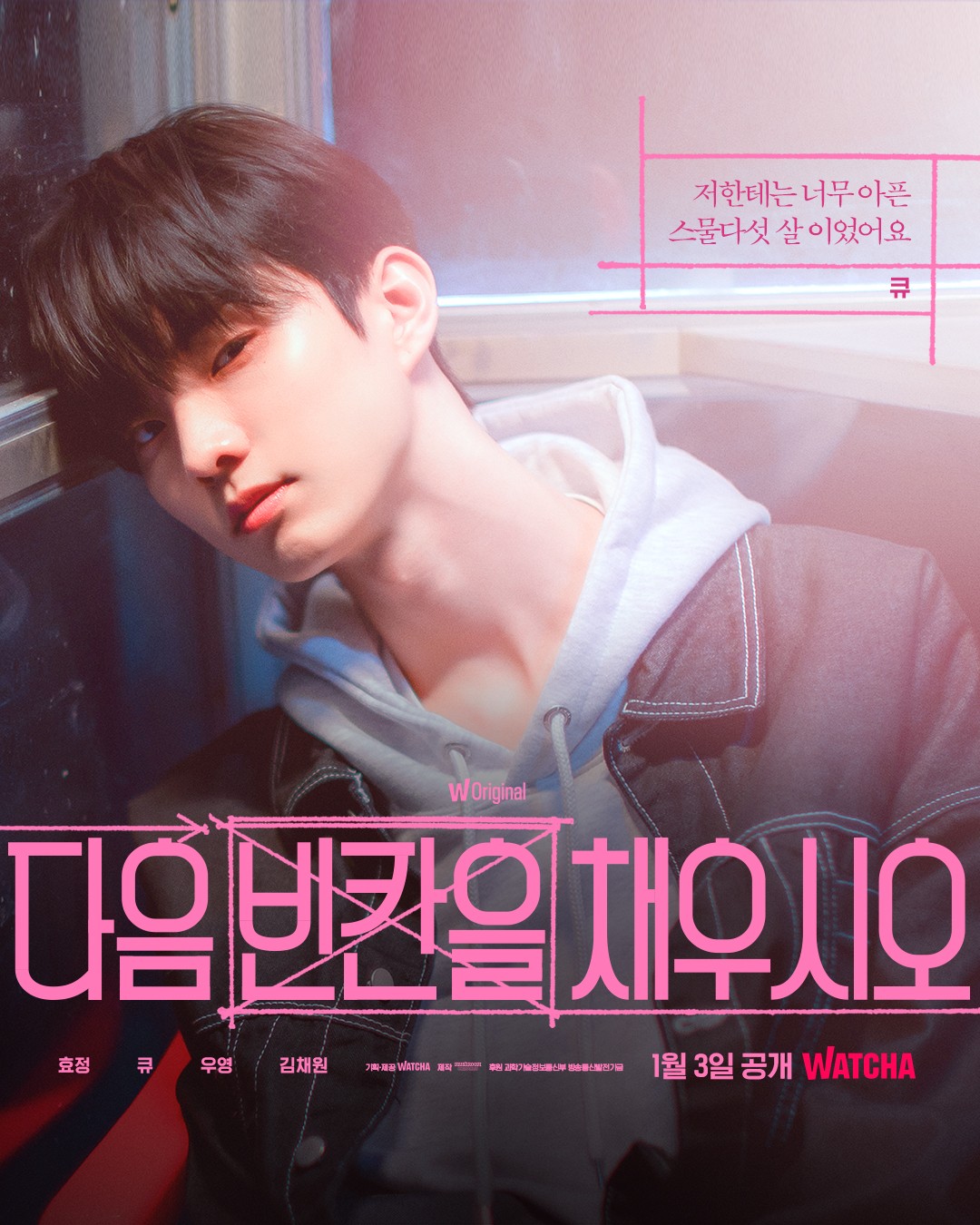 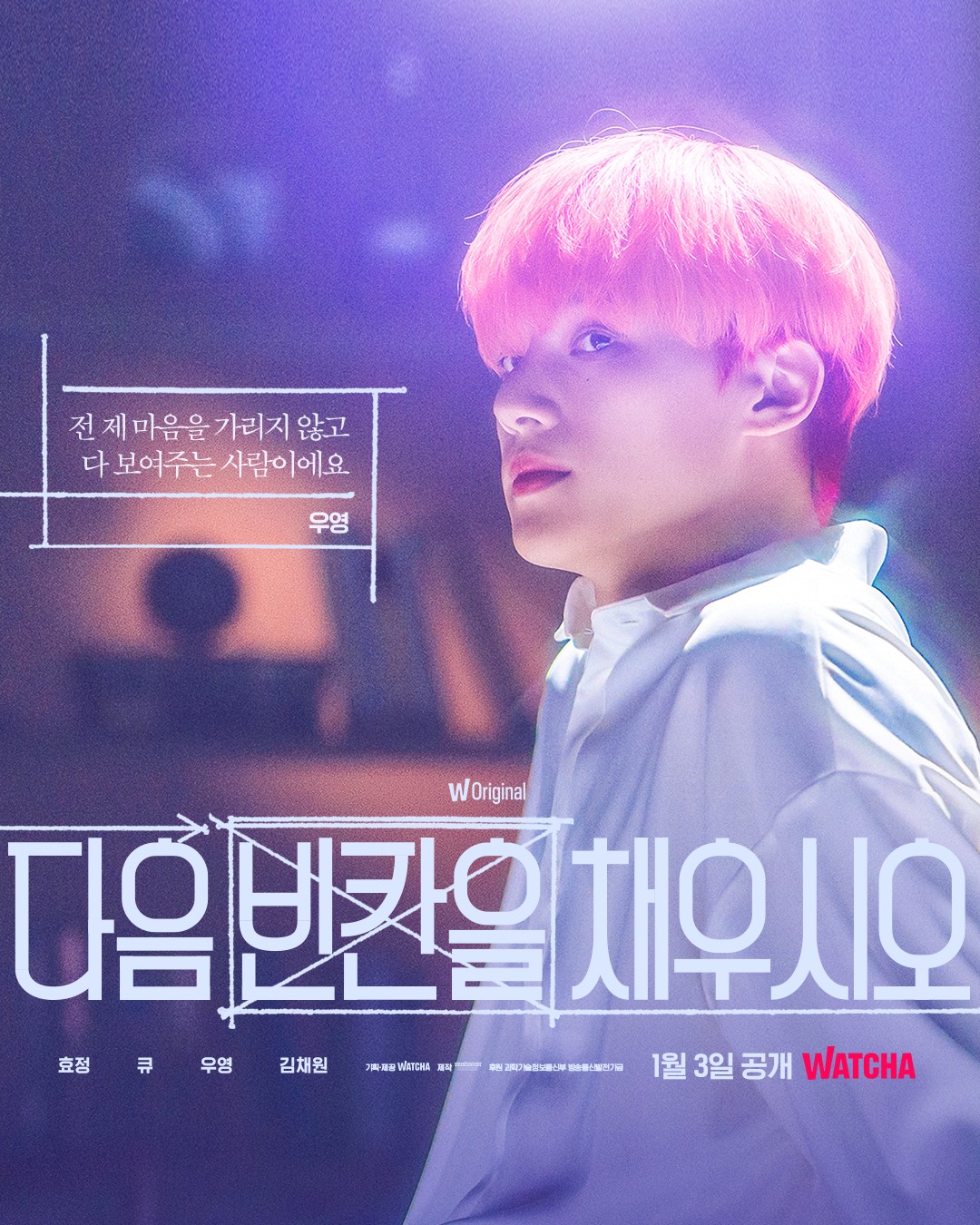 The program’s main group poster features all four stars and reads, “Can you describe your life with nine objects?” 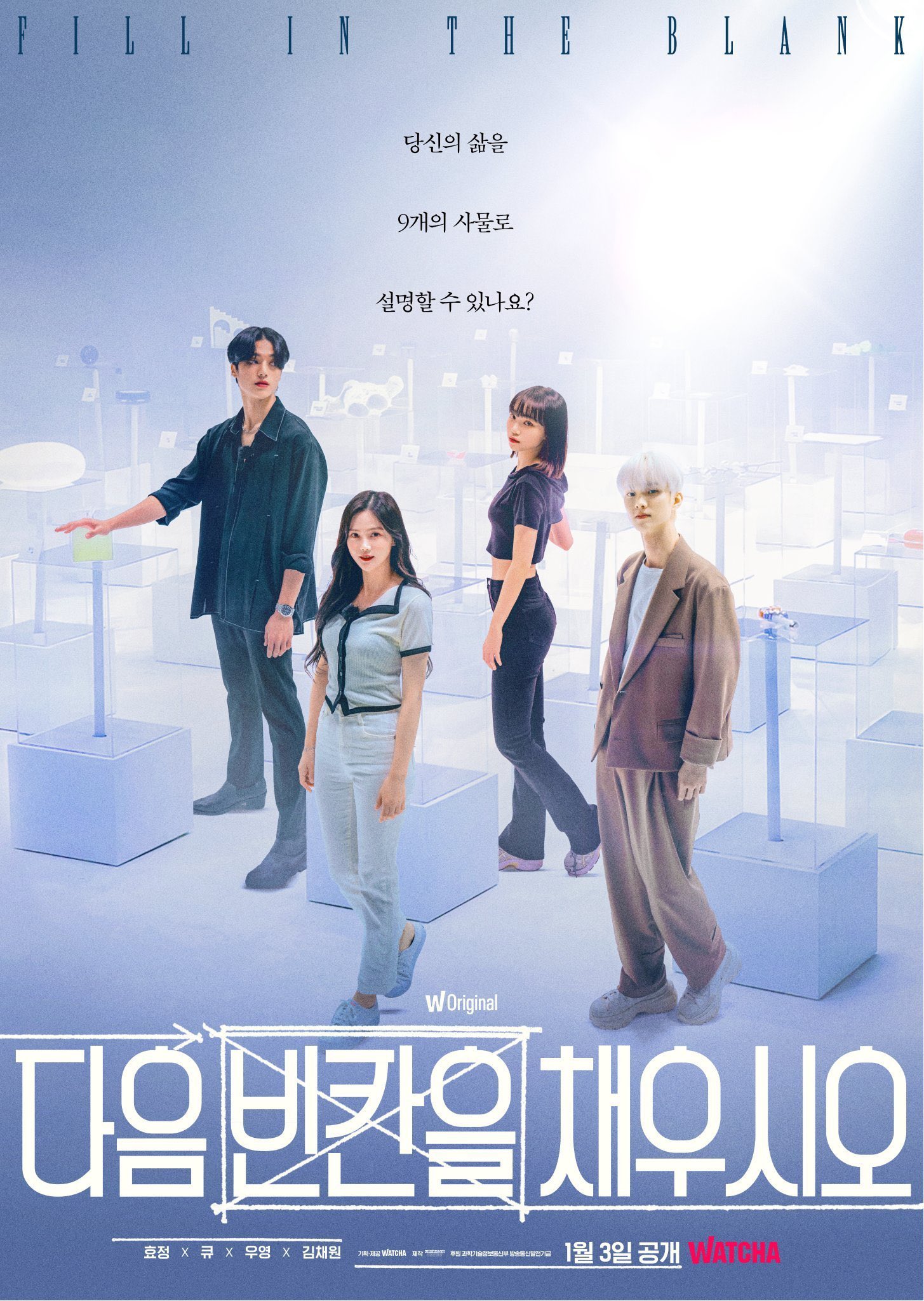 Oh My Girl
q
Hyojung
THE BOYZ
ATEEZ
Wooyoung (ATEEZ)
LE SSERAFIM
Kim Chaewon
Fill In The Blank
How does this article make you feel?