TWICE’s Chaeyoung Shares What Freedom Means To Her, How She’s Motivated By The Future, And More

TWICE’s Chaeyoung recently chat with GQ Korea about her personality, perspective of the future, potential solo album, and more!

While discussing Chaeyoung’s current obsession with the show “Wednesday,” the interviewer brought up the line “Emotions are weakness,” which is said by the main character Wednesday. Chaeyoung agreed with this sentiment and explained, “I’m an INFP so I’m super emotional. However, I don’t really show that to others and just let it out when I’m alone. I believe there isn’t really a reason to express it to others and it’s most fun to let it out when I’m by myself. That’s why I relate to Wednesday’s words.”

On what led to this mindset, Chaeyoung touched on the early days of TWICE’s debut. “If I think about it now, I think I’ve been trained [mentally]. I debuted at a young age and promoted with barely any time to sleep. When I was in high school, there was a bunk bed in our dorm and when I went to my spot on the upper bed, I couldn’t see anything. That space was my only private space. Every night, I’d turn on a small light and write something in my notebook. With a desire to blow off steam. I listened to songs I liked, drew pictures, and even bawled when things got really hard. To put it simply, it was a puberty-like period. That’s how I relieved my emotions on my own and naturally got trained.” 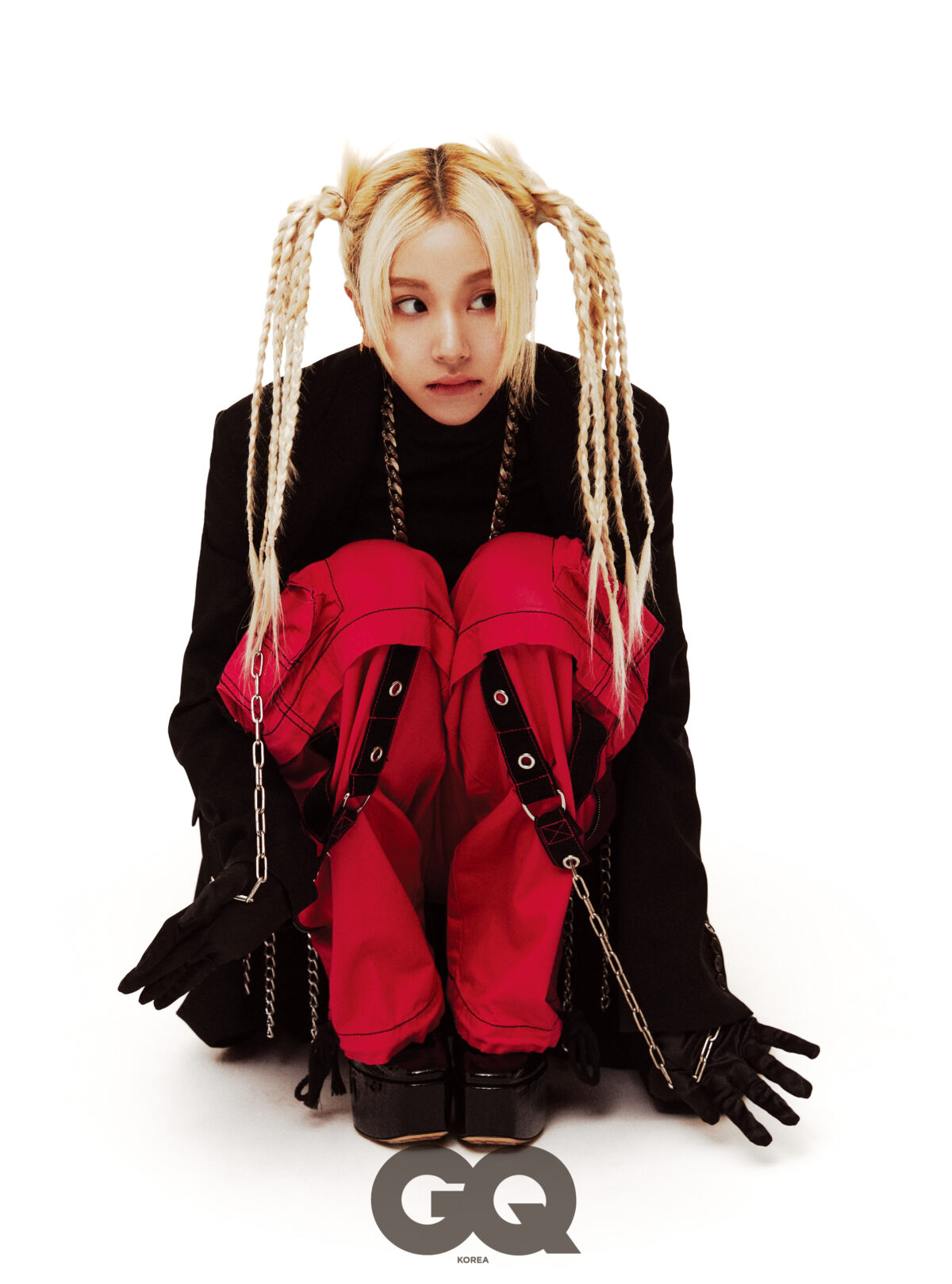 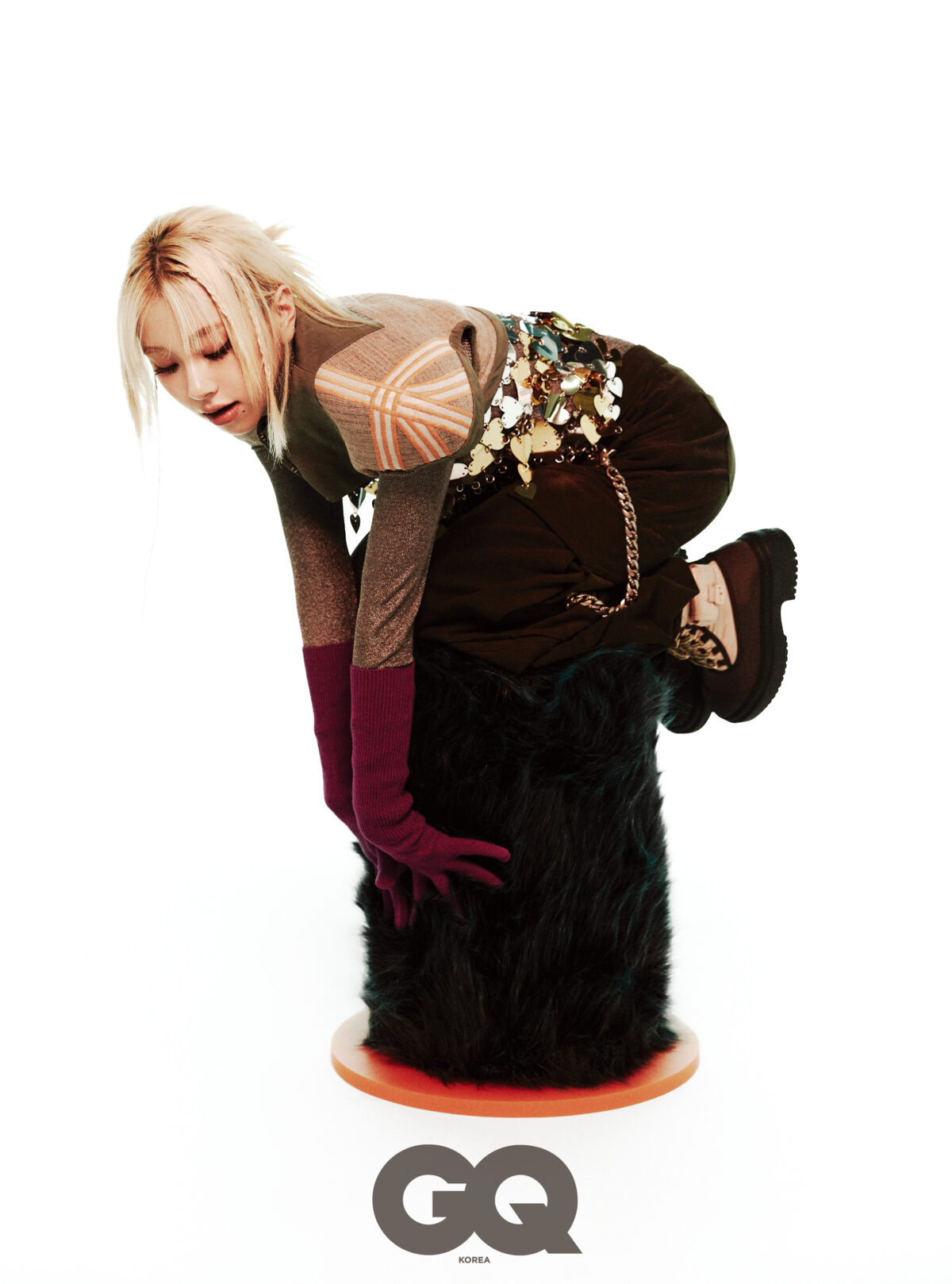 Elaborating on these notes she often writes, Chaeyoung dug through her phone memos to reveal a lyric she thought of recently. “How long will my nails last this time, nails, tomorrow, tomorrow, will I have to take them off or will they come off on their own, the reason they don’t last long can’t always be my fault.” She explained, “Whenever I do my nails, they don’t last long and I thought that this could be compared to dating or love, so I tried writing this.”

The interviewer mentioned how Chaeyoung is often described as someone who does whatever she wants and asked whether this tendency ever leaves her fearful of regrets. She answered, “Of course there are times when I have regrets, but if my desire to do something grows really big, I don’t even have the thought of ‘what if I regret this later?’ I just have to do it. I have to get it done to feel satisfied.”

In a previous GQ interview, Chaeyoung shared that to her, freedom meant doing what she wanted. Three years later, Chaeyoung explained that freedom now means peace of mind. “Of course it’s also important to do what you want. You know how people say ‘If I moved to Hawaii, I’d be so happy and free.’ However, if your mind is nervous, it will be the same whether you’re in Korea or Hawaii. I often think that my mind has to be stable and at peace to feel truly free, so that I’m free no matter what I do or what decision I make.” 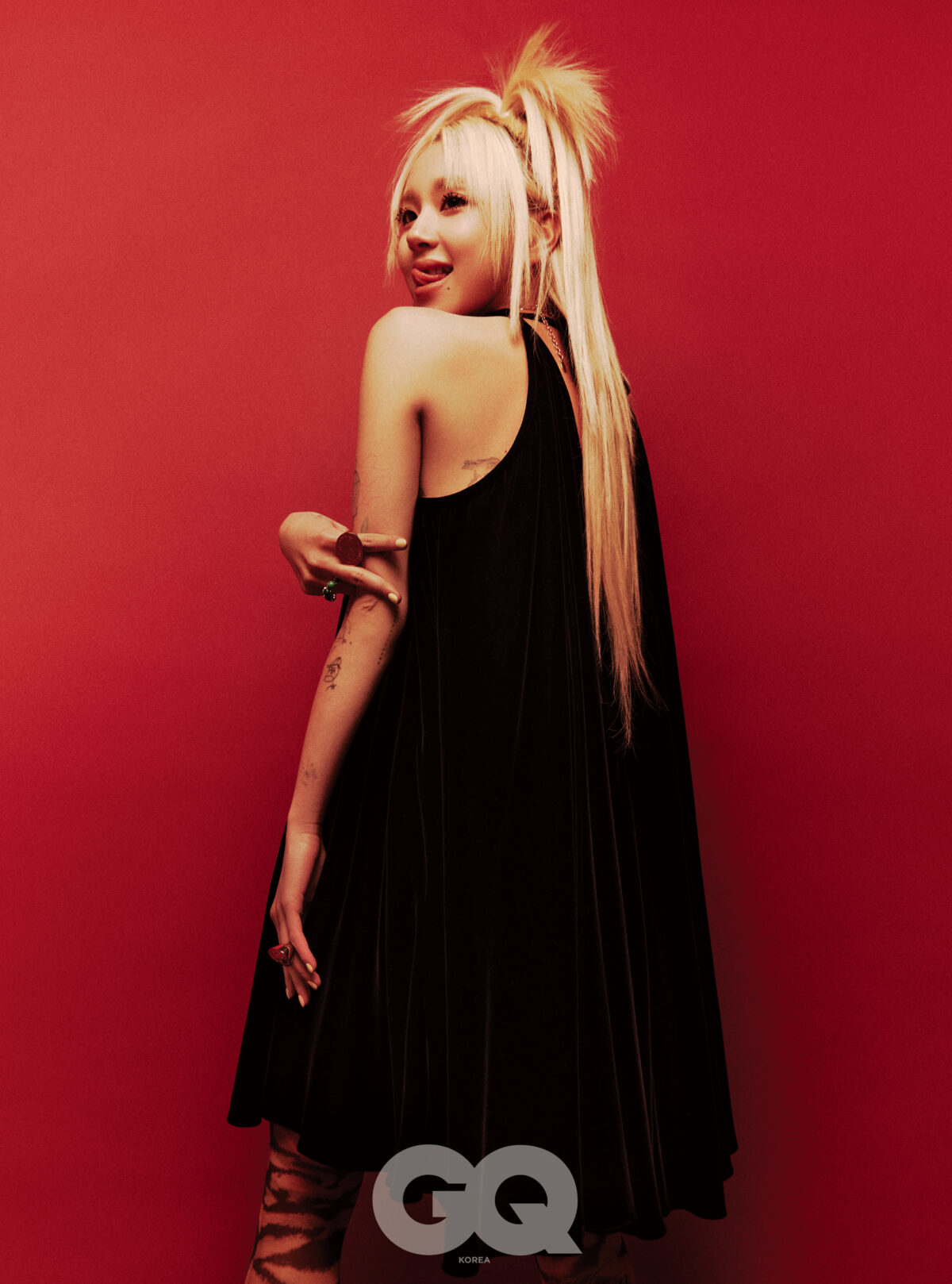 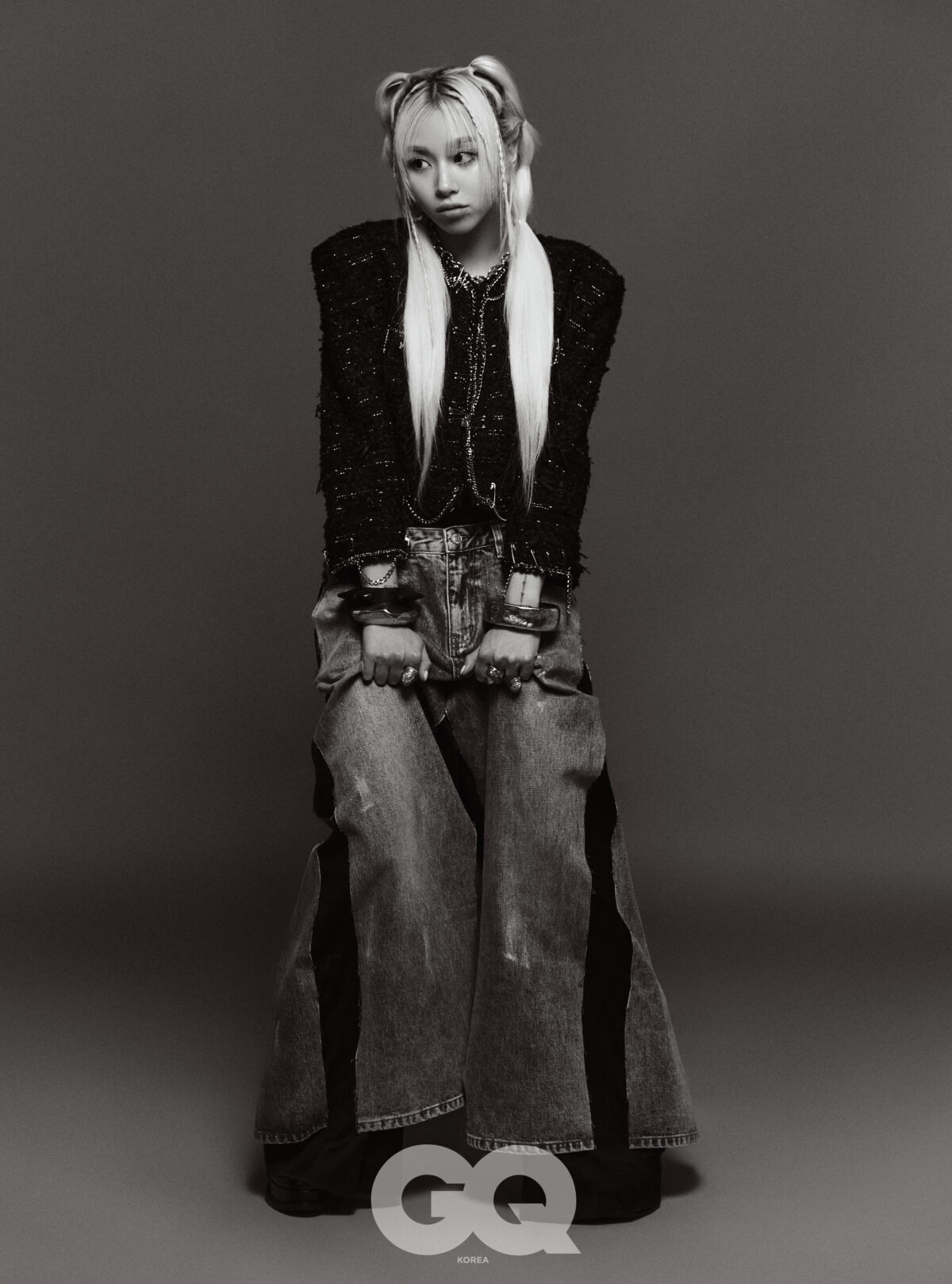 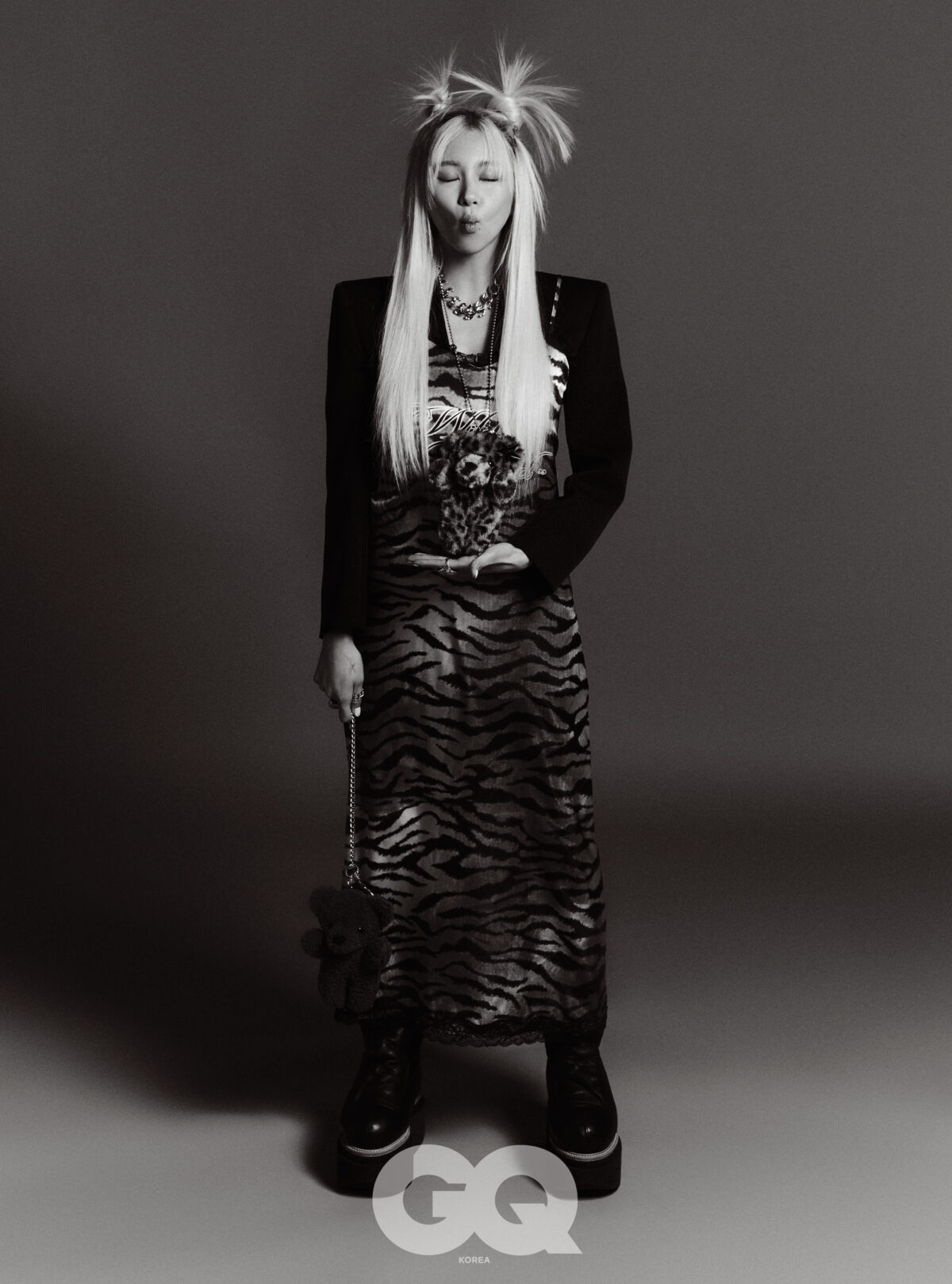 Although Chaeyoung revealed that she enjoys contemplating about the future, if given the chance to see into the future, she said that she wouldn’t want to. She shared, “I think it’ll be no fun if I see the future ahead of time. Let’s say I see that I’ve succeeded in the future. Then I think that I’d be even more confused about my current choices. Regardless of whether I succeed or fail in the future, if I see the results in advance, I don’t think I’d be motivated. The unpredictably and anticipation of ‘How will this look? What will people say?’ How will they feel?’ are what motivates me.”

Thinking about a potential solo album, Chaeyoung commented, “In my first album, I want to showcase the most natural image. Even if it’s only three or four tracks, I want to fill it solely with songs I’ve participated in [the creation of]. That’s why I began learning the guitar at the beginning of the year but I’ve gotten a bit lazy, so I aim to try diligently starting next year.”

This past year, Chaeyoung wrote a letter to her TWICE members asking them to still view her cutely, even if she was 100 years old. Chaeyoung then pictured her 100-year-old self, sharing, “I want to become a grandma who’s cool and good at cooking. Just like my grandma, a cool grandma who cooks a lot of yummy things for her grandchildren and goes on vacations alone wearing shoes, coats, and pearl earrings she’s had since she was young. I want my hair to become white. Completely white hair. If not, will I have to bleach it?” 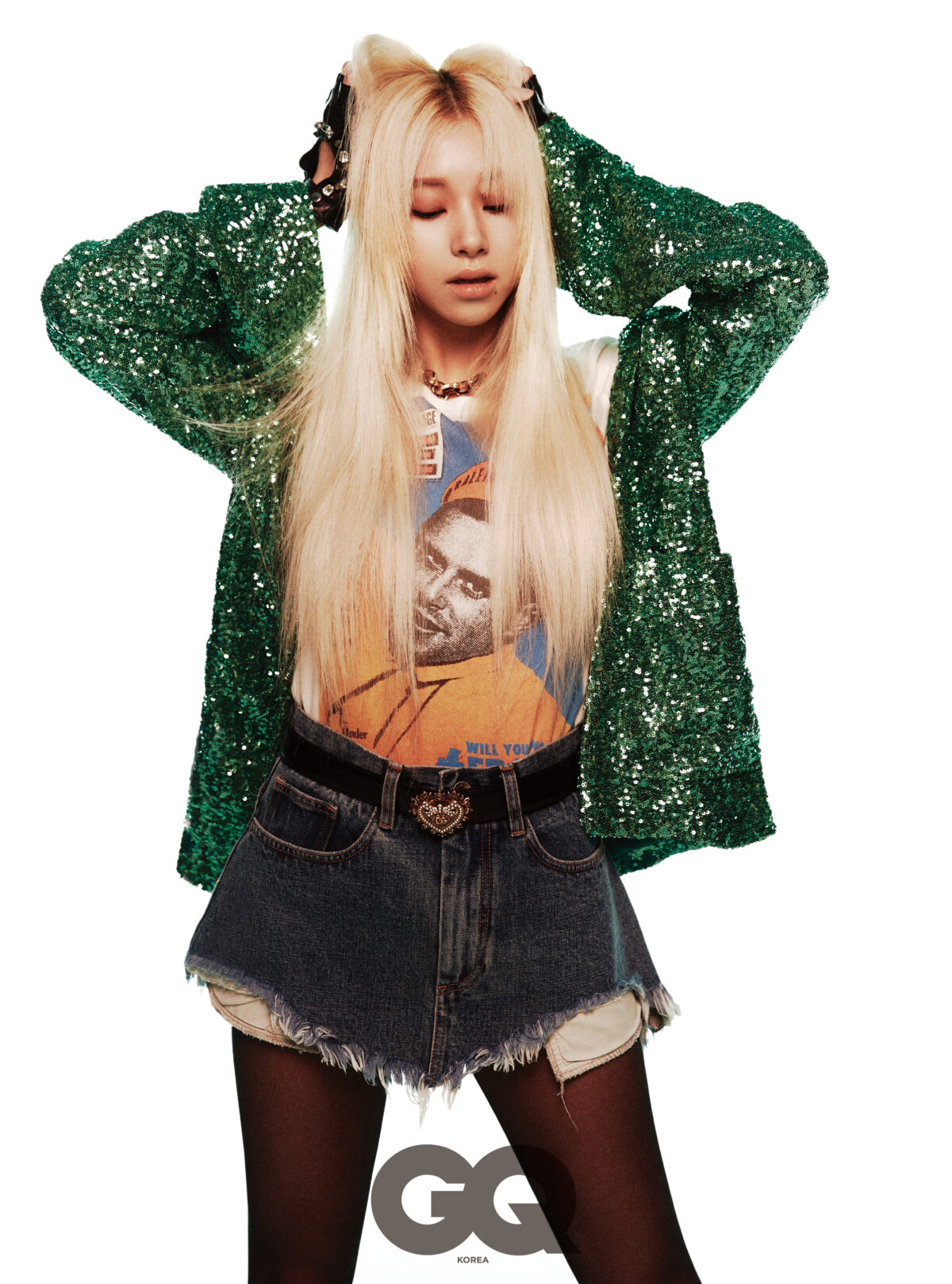 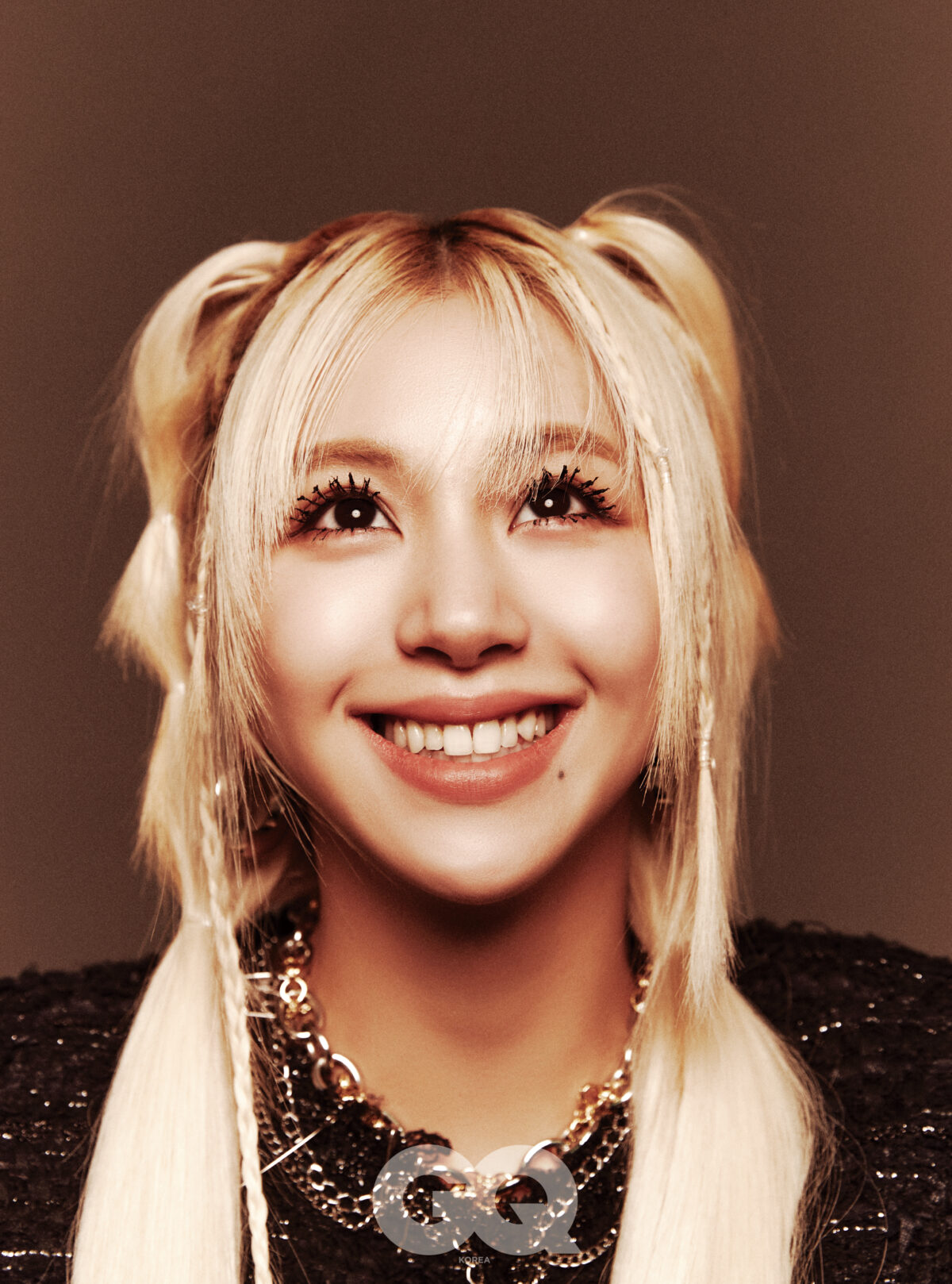 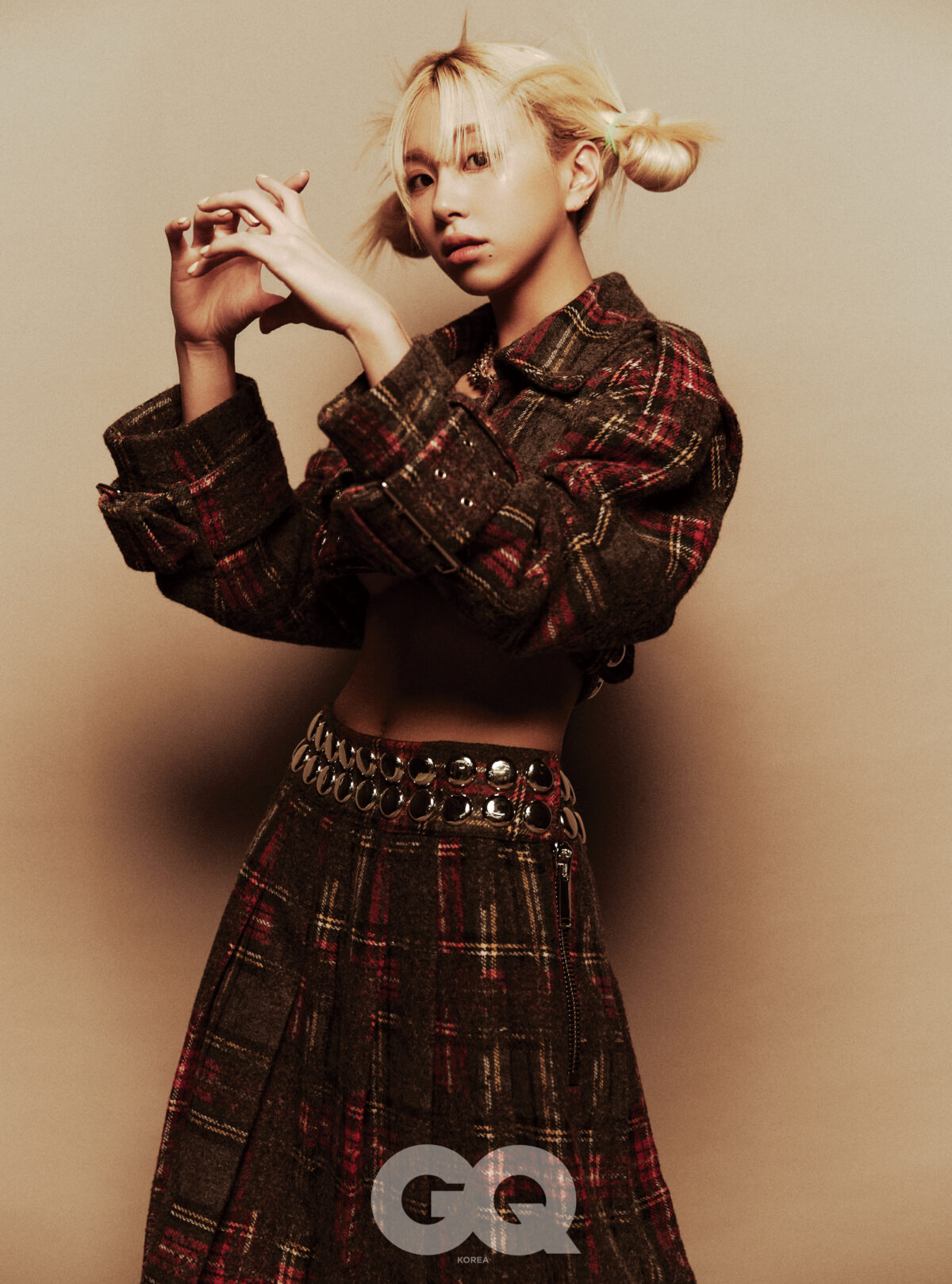 Catch Chaeyoung’s full interview and pictorial in the January 2023 issue of GQ Korea!

TWICE
GQ
chaeyoung
How does this article make you feel?