Park Ju Hyun will find herself in danger on the next episode of MBC’s “The Forbidden Marriage”!

Based on the web novel of the same name, “The Forbidden Marriage” is a new romance drama starring Kim Young Dae as King Yi Heon, who falls deep into despair after the death of his wife and ends up prohibiting marriage in his kingdom. Seven years after the loss of his wife (played by IZ*ONE‘s Kim Min Ju), who was then the crown princess, he comes across a con artist named So Rang (Park Ju Hyun) who claims that she can be possessed by the late princess’s spirit.

Previously on “The Forbidden Marriage,” rumors began swirling throughout the kingdom that the late crown princess had been spotted. The latest episode of the drama ended on a cliffhanger, with Yi Heon attempting to jump into the water after seeing the crown princess there—and So Rang embracing him from behind to stop him.

On the drama’s upcoming sixth episode, the forces scheming to take down Yi Heon using So Rang will make a bold move. In newly released stills from the episode, So Rang is visibly wounded and covered in blood after being kidnapped and tied up in a torture chamber. 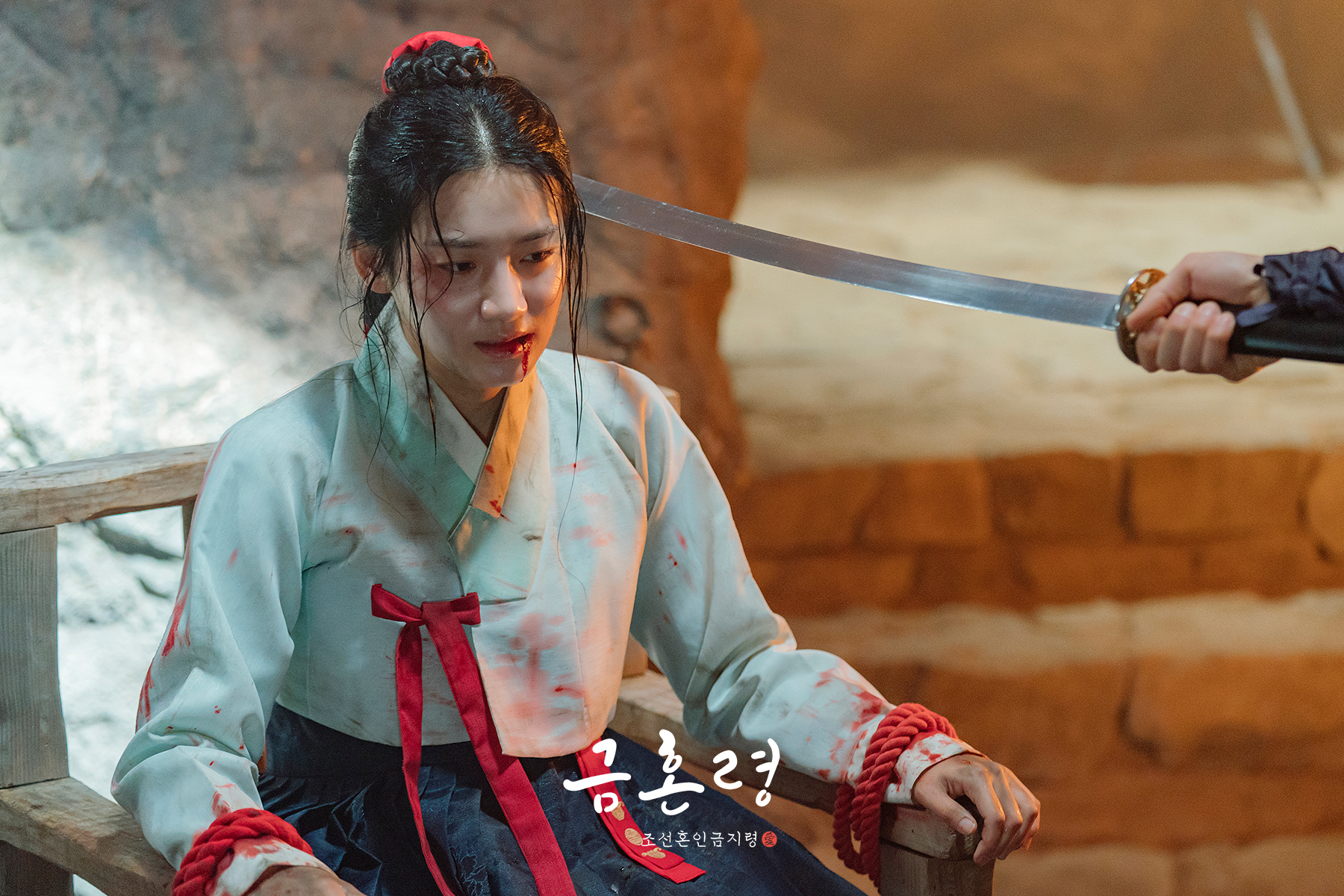 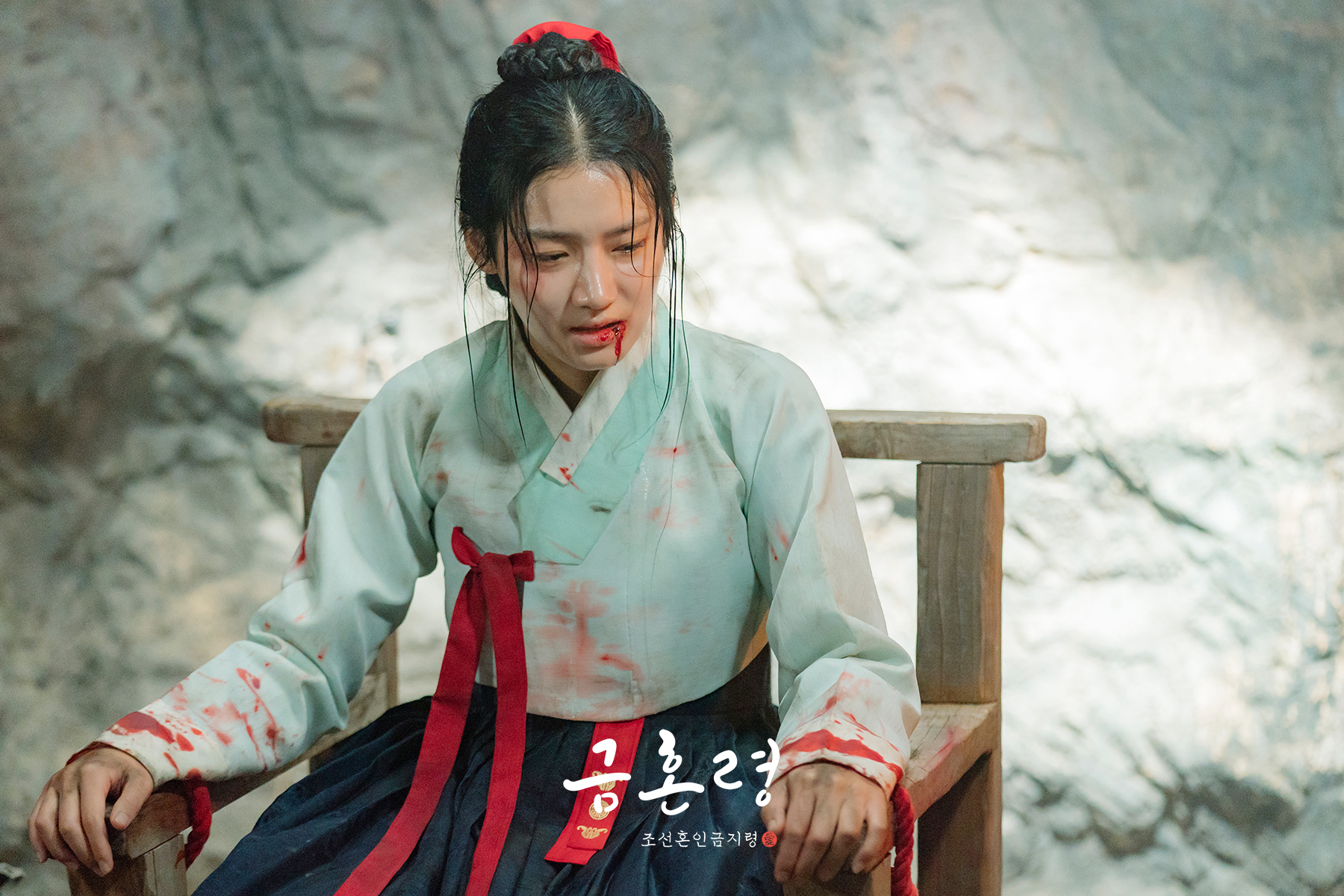 When Yi Heon and Lee Shin Won (Kim Woo Seok) find So Rang in this alarming state, they are both enraged and terrified by this shocking turn of events. Yi Heon in particular is overwhelmed with the guilt at the thought that he is responsible for what has happened to her, and despite having managed to rescue her this time around, the continuing deaths of the women around him—starting with that of the crown princess—make him afraid that he won’t be able to save So Rang the next time. 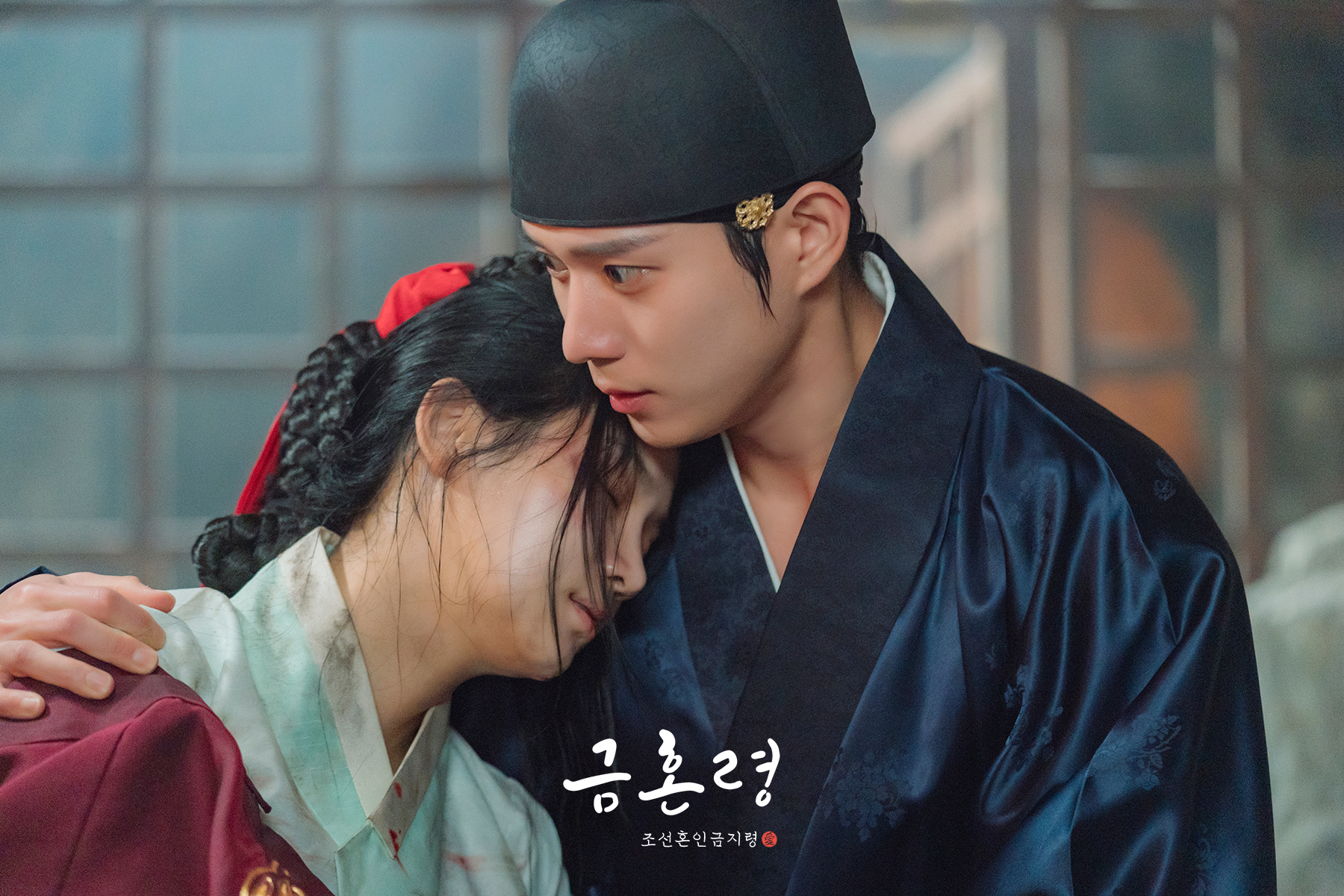 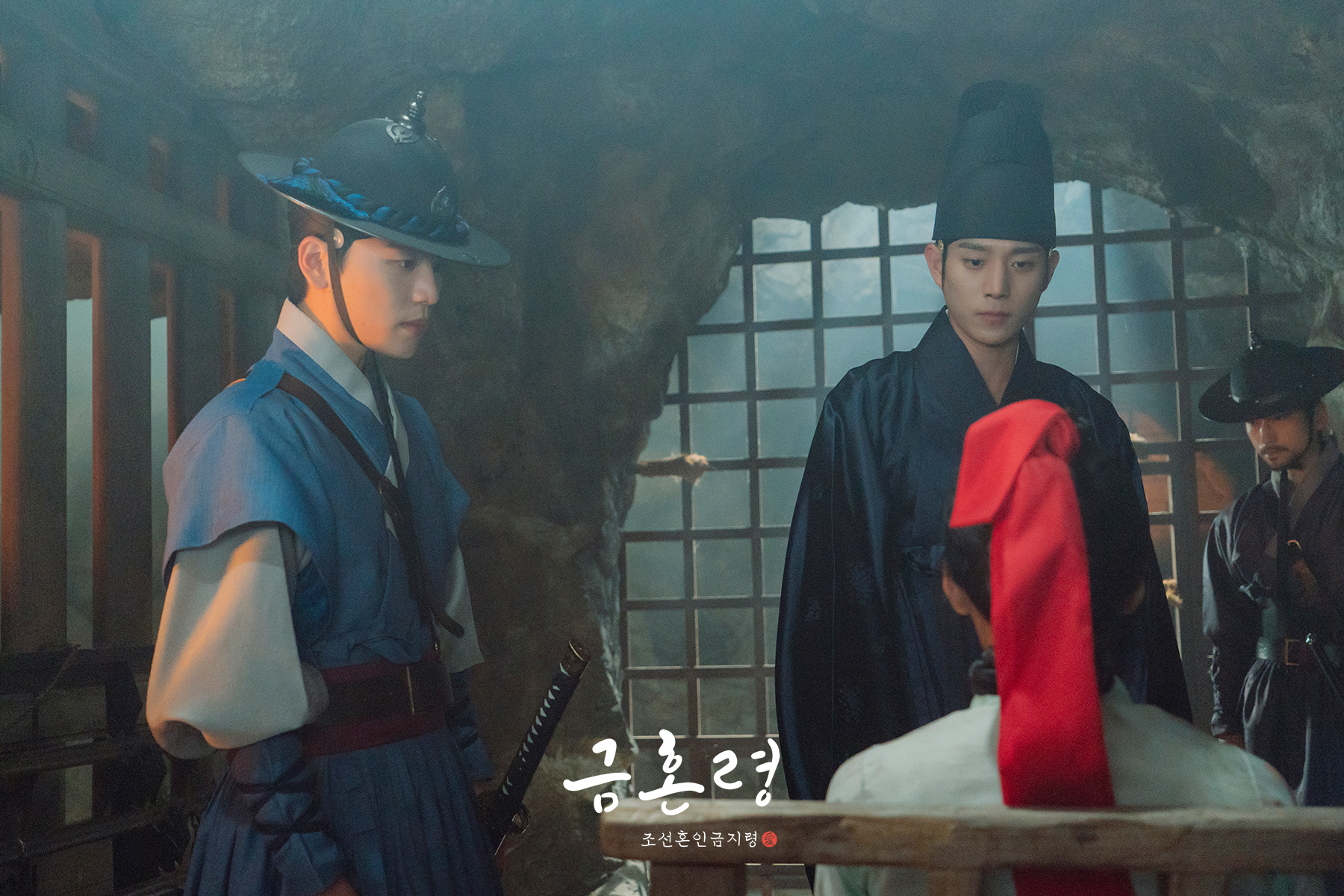 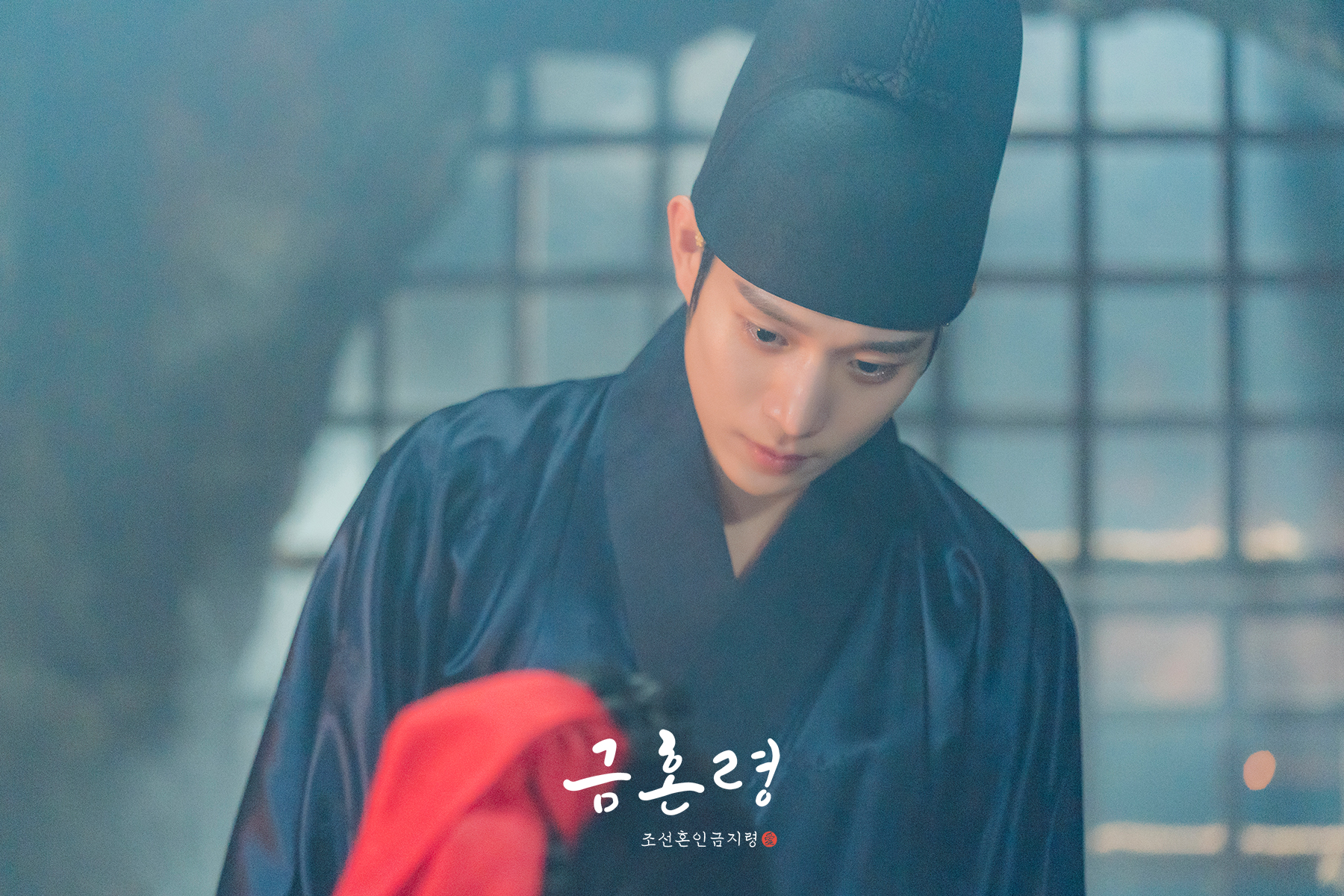 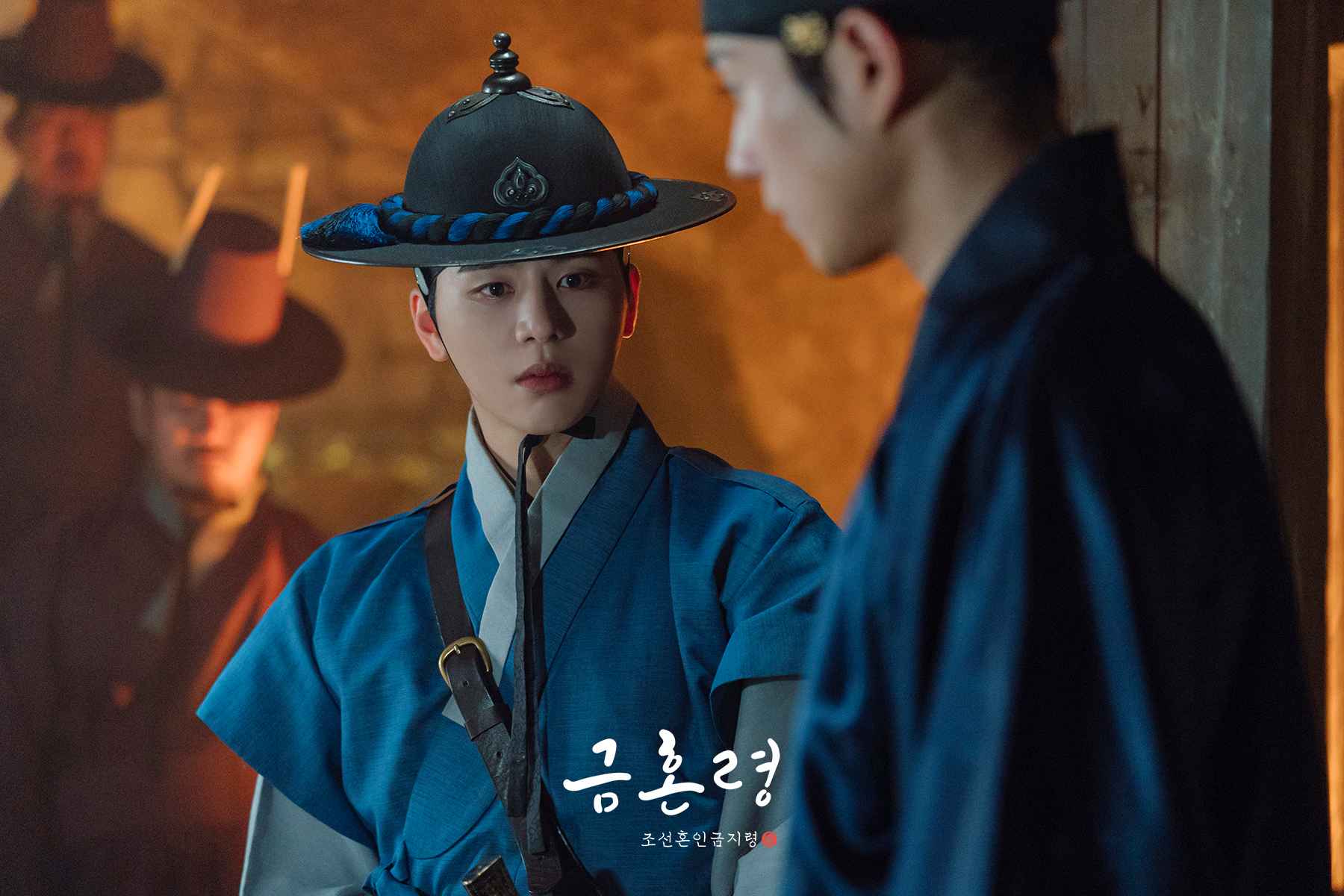 The producers of “The Forbidden Marriage” commented, “With So Rang becoming entangled in the crown princess incident and suffering this ordeal, the suspense of the story will reach a new peak. On top of that, even after Yi Heon rescues So Rang, another incident will take place that will twist the plot in an unexpected direction, so please stay tuned until the very end.”

To find out what lies in store for So Rang and Yi Heon, tune in to the next episode of “The Forbidden Marriage” on December 24 at 9:50 p.m. KST!

In the meantime, catch up on the first five episodes of the drama with subtitles below: