Get ready for a major showdown on tvN’s “Alchemy of Souls Part 2”!

The previous episode of “Alchemy of Souls Part 2” ended on a cliffhanger, with Seo Youl (Hwang Minhyun)’s life hanging in the balance as Jang Wook (Lee Jae Wook) arrived to save the day. Although Jang Wook managed to save Seo Youl from certain defeat at the very last second, Seo Youl collapsed and fell unconscious after telling him in a heartbreaking moment, “Wook, I’m sorry.”

In newly released stills from the drama’s upcoming episode, a furious Jang Wook storms the royal quarters of the palace. As if all the rage he has been suppressing up until now is finally exploding, Jang Wook makes a bold entrance with a chilling look of determination in his eye.

When crown prince Go Won (Shin Seung Ho) stands in his way, Jang Wook doesn’t hesitate to draw his sword against him. Meanwhile, even with a blade at his throat, Go Won doesn’t back down as he calmly returns Jang Wook’s gaze. 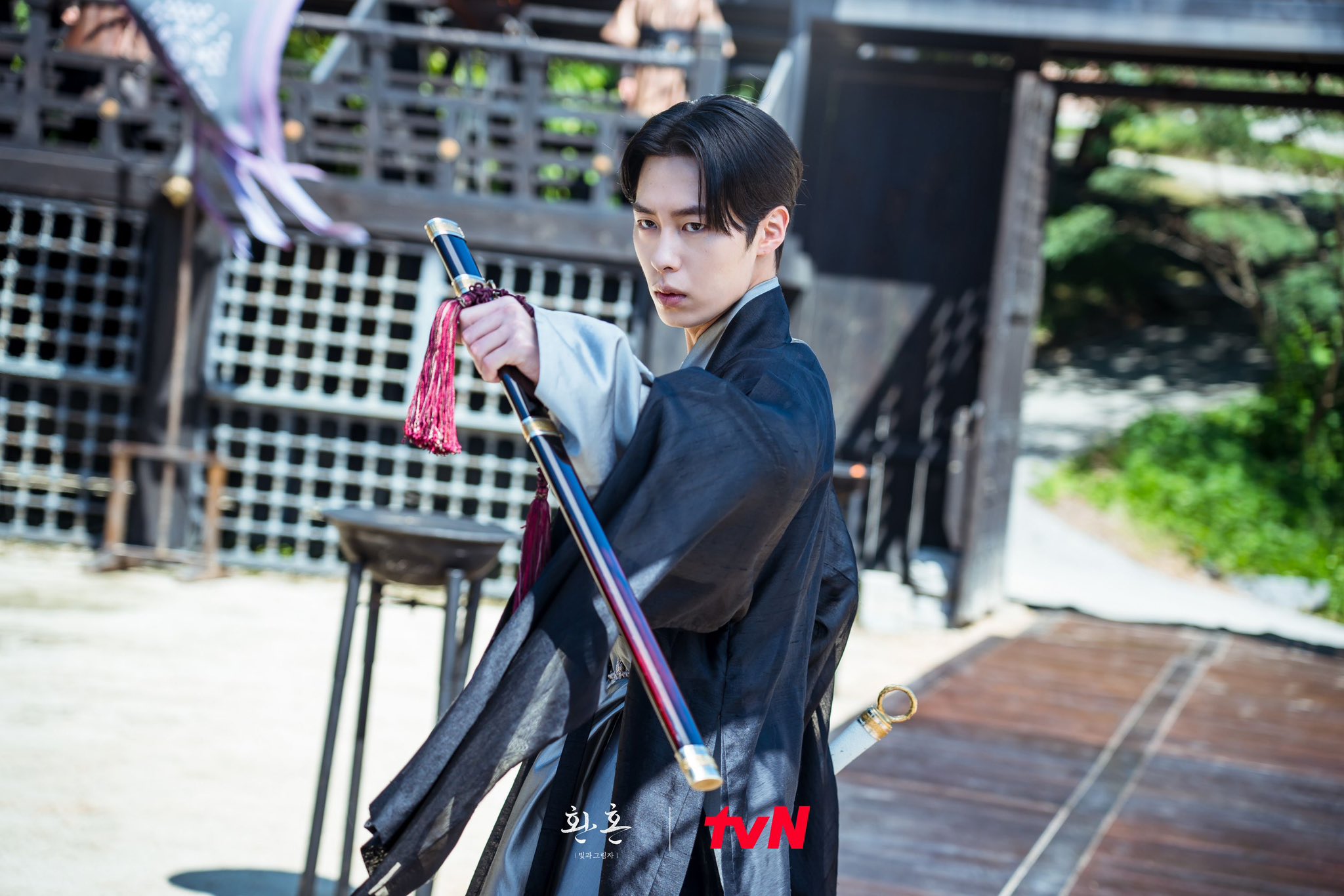 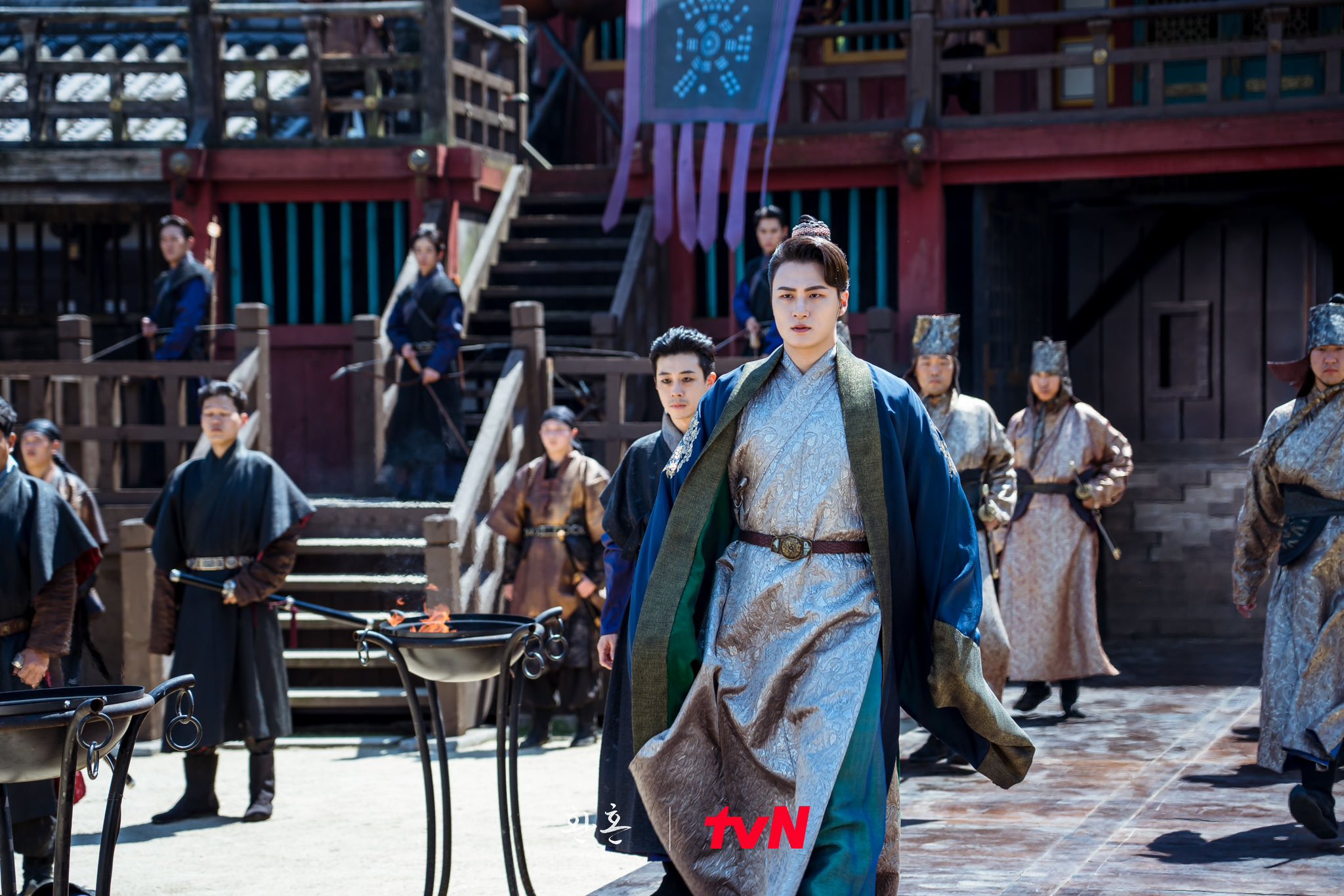 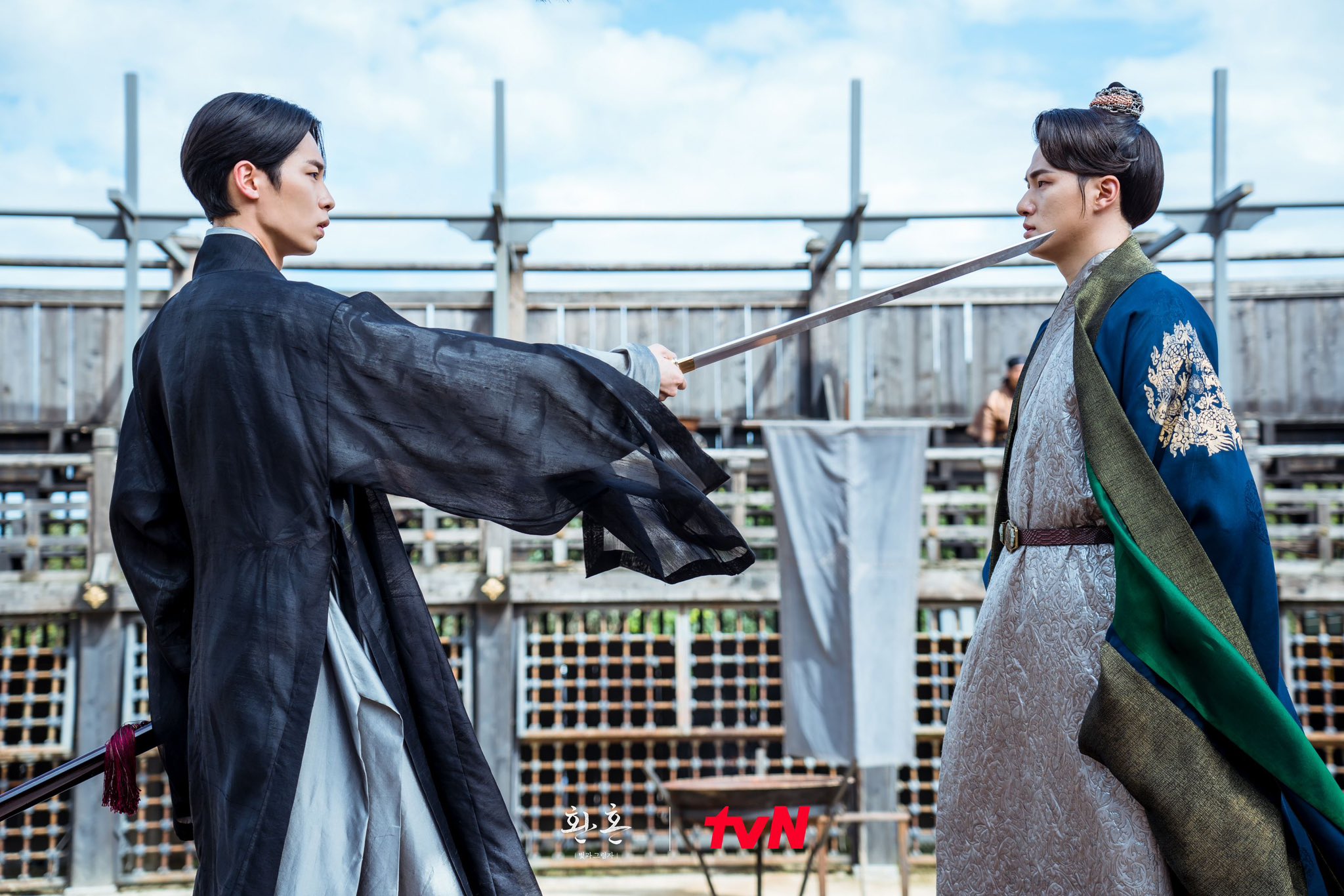 Another photo shows Park Jin (Yoo Joon Sang) at Jang Wook’s side, suggesting that he is willing to stand together with Jang Wook in this fight. 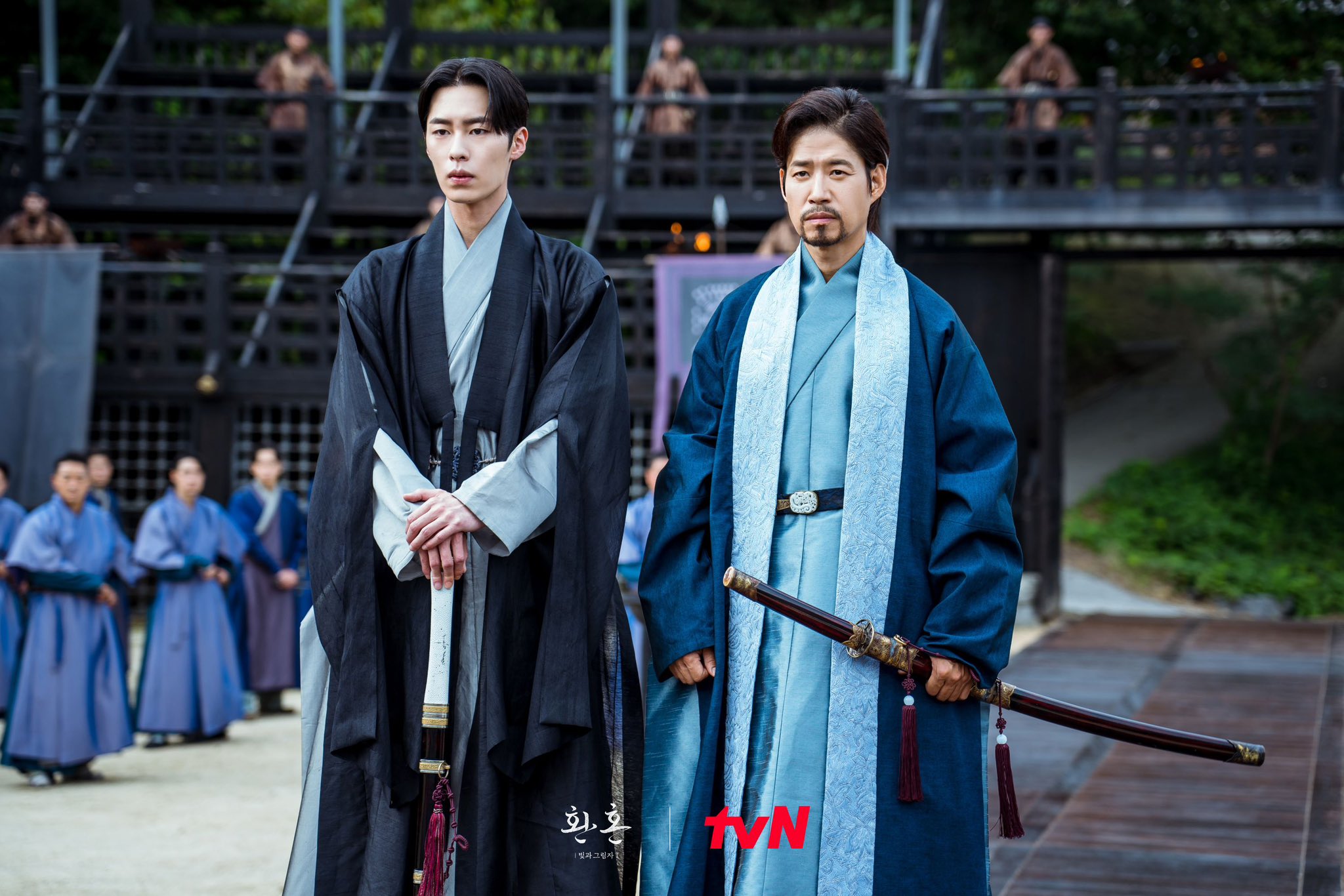 “‘Alchemy of Souls,’ which has just four episodes left to go, will be wrapping up the long journey that began with Part 1 over the next two weeks,” said the producers of the drama. “Not only the secret of the ice stone, but also the secrets entangled in Jang Wook and Jin Bu Yeon’s romance will be revealed in an exciting whirlwind of plot, so please stay tuned up until the very end.”

In the meantime, watch Shin Seung Ho in his recent hit drama “Weak Hero Class 1” with subtitles below!