Hanteo Chart is Korea’s leading music chart that is based on real-time sales and is directly synced with over 1,500 record stores worldwide.

For the Yearly World Chart, which collects, analyzes, and announces K-pop data from all over the world based on Hanteo Chart’s big data collection technology, BTS took the top stop, followed by Stray Kids, NCT DREAM, and SEVENTEEN. On the Yearly Physical Record Chart, which totals the physical record sales amount from about 1,100 stores worldwide, BTS’s “Proof” album took the No. 1 slot with over 3 million album sales, followed by Stray Kids’ “MAXIDENT,” SEVENTEEN’s “Face the Sun,” and BLACKPINK’s “BORN PINK.”

The Top 10 for the Yearly Authentication Chart, an album chart in which global fans authenticate the genuine products directly, featured SEVENTEEN’s “Face the Sun” album at No. 1, Stray Kids’ “ODDINARY” at No. 2, and NCT DREAM’s “Glitch Mode” and “Beatbox” at No. 3 and No. 4, respectively.

Check out the charts below! 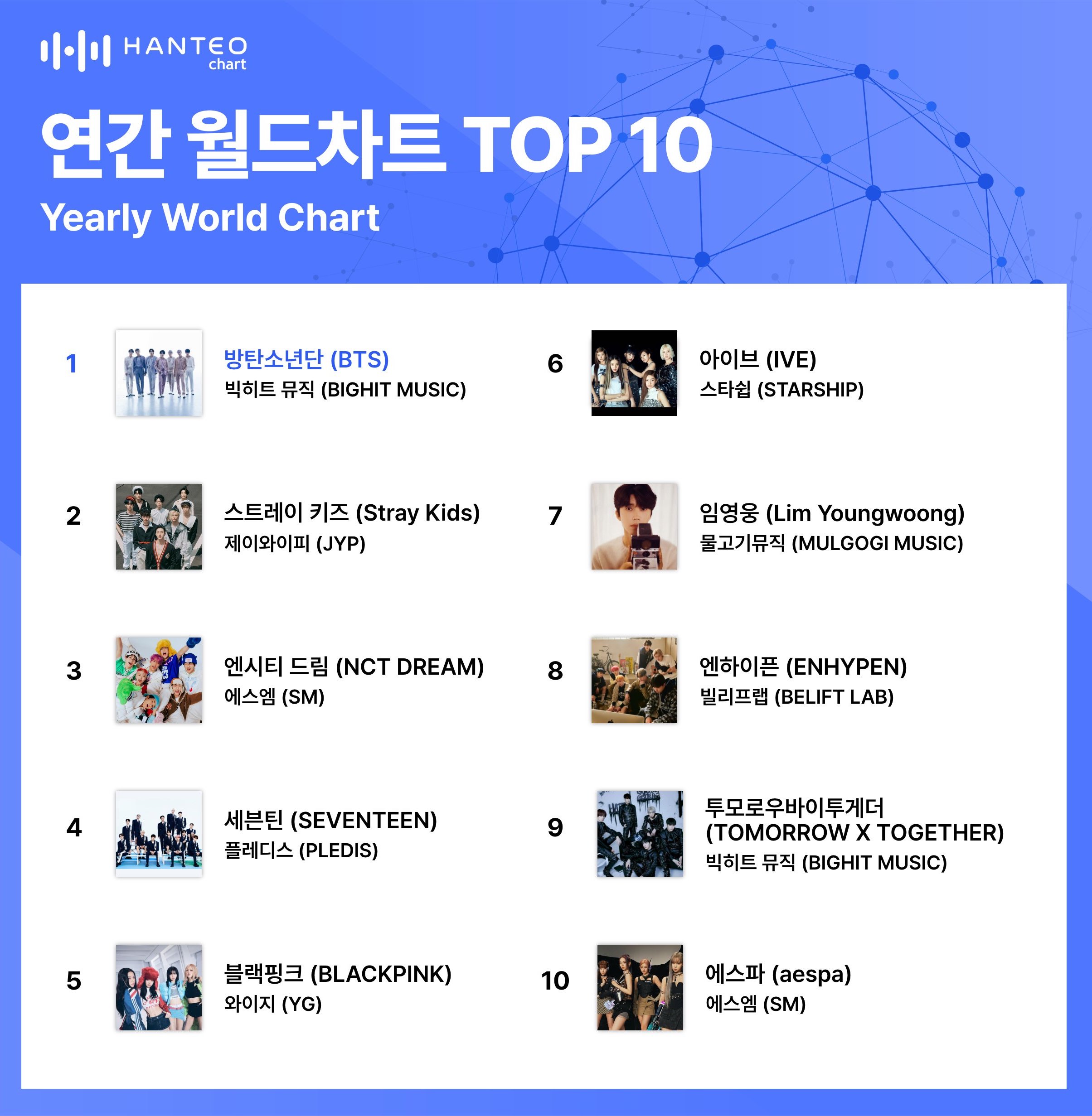 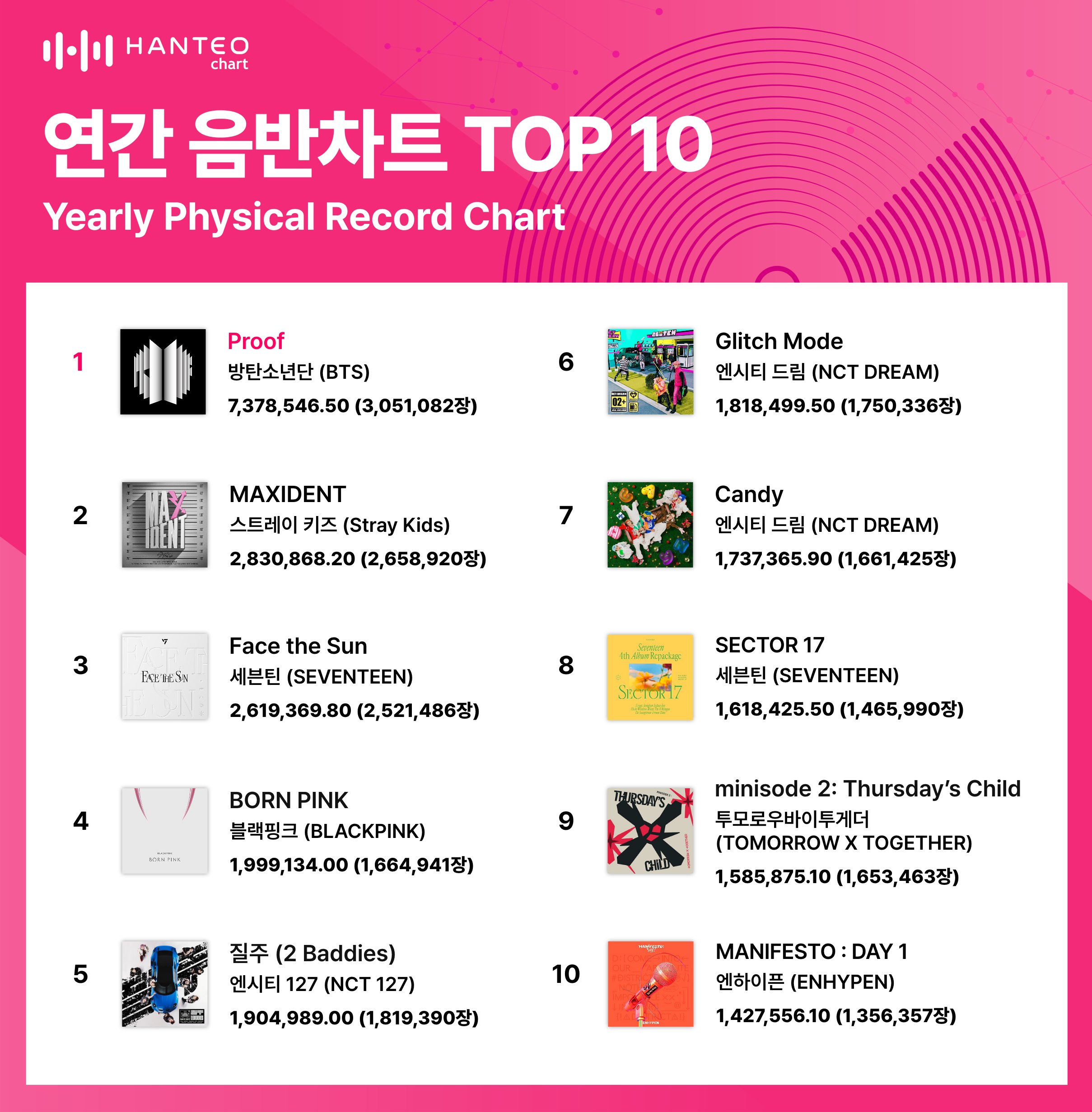 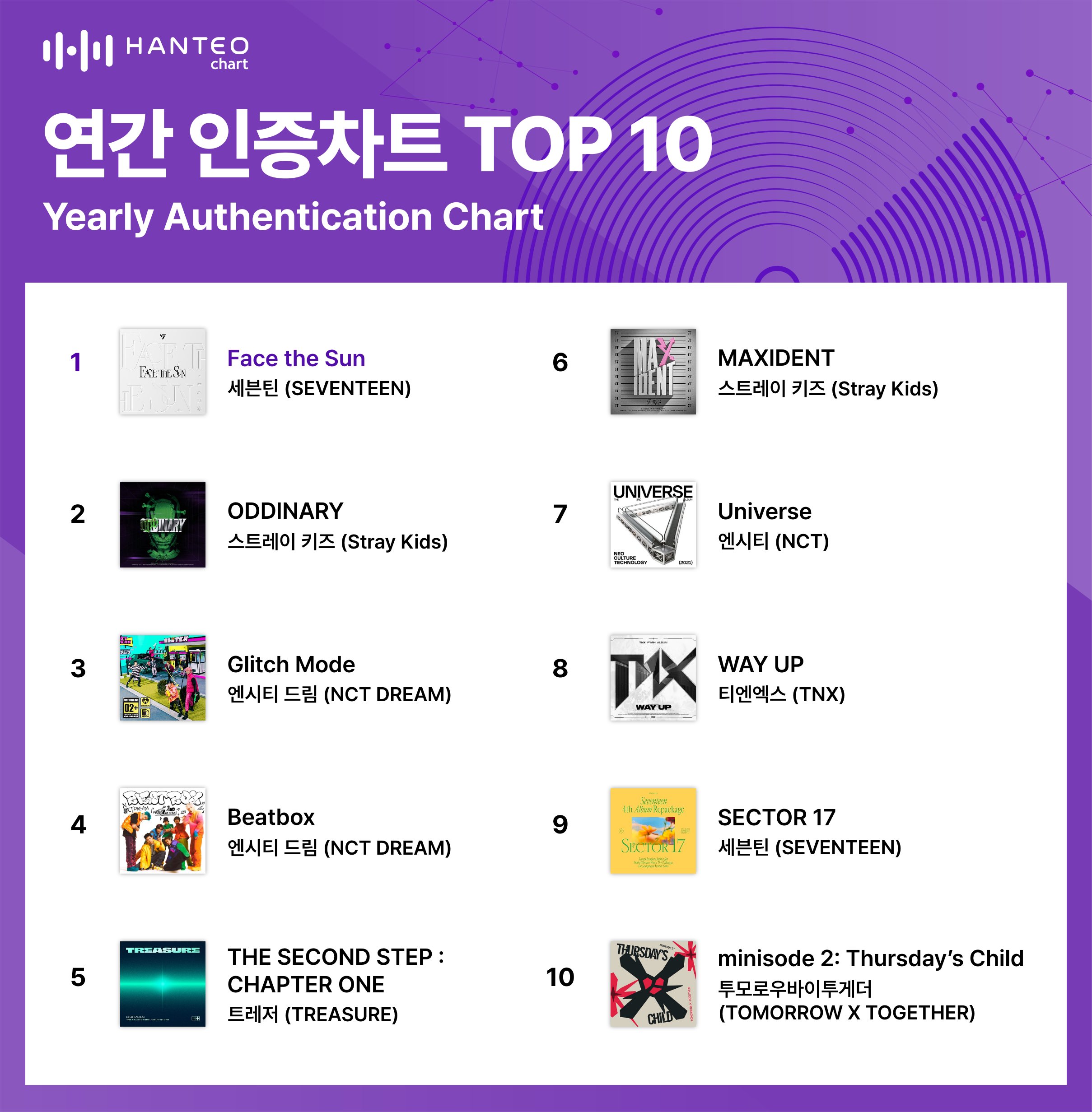 Watch several of these groups perform at the 2022 SBS Gayo Daejeon: