7 K-Dramas With Love Lines Including Current Or Former Idols

Do you adore watching idol actors fall in love in K-dramas? Many shows may satisfy your cravings through wonderful love stories featuring your favorite K-pop singers such as “Summer Strike,” “About Time,” and “Another Oh Hae Young.” Here’s a look at seven K-dramas with love lines featuring irreplaceable idols who can also act! 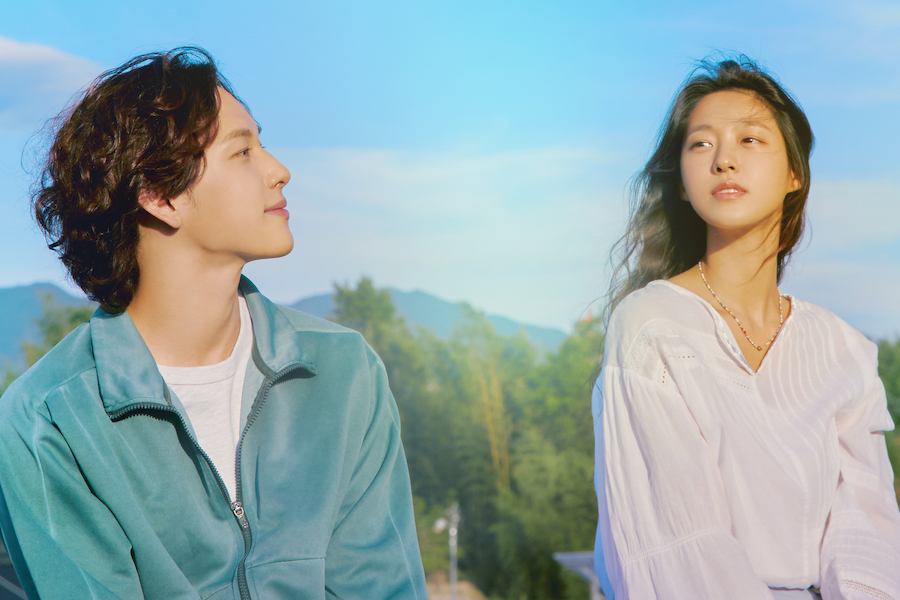 Following the tragic death of her mother and also a relationship breakup, Lee Yeo Reum (Seolhyun) decides to run away from her problems by moving to a seaside village. Her desire to do nothing is shared by a shy librarian named An Dae Beom (Im Siwan). He was a math genius with a bright academic future, but his life circumstances didn’t go as planned either. The two characters meet and begin the love and healing process together. “Summer Strike” is based on Joo Young Hyun’s popular webtoon.

Im Siwan and Seolhyun are no strangers to K-pop. Siwan debuted with ZE:A in 2010, while Seolhyun made her mark in the music industry two years later as a member of AOA. They gradually transitioned into acting and both excel at the craft! They portray such a sweet couple in “Summer Strike” that you don’t want to miss it! 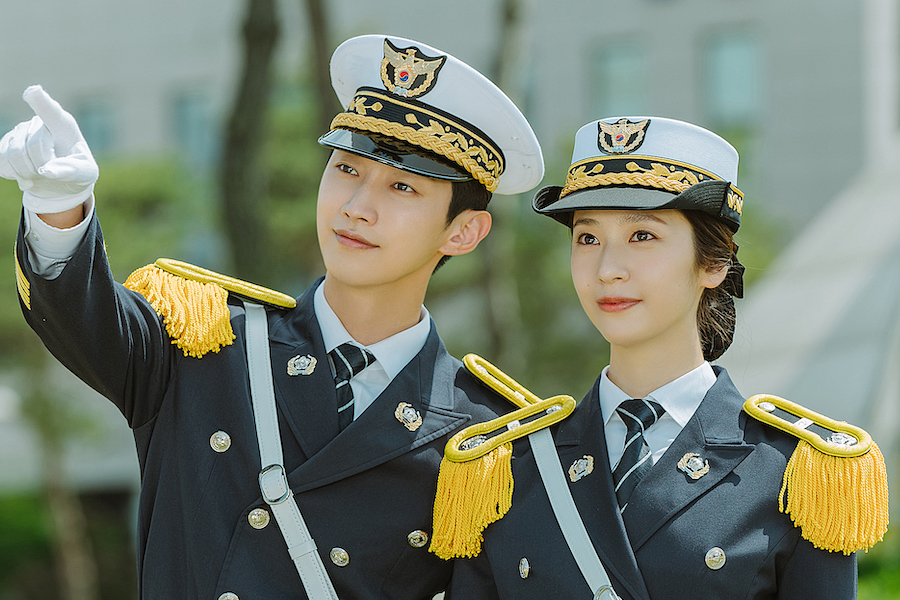 Young hacker Kang Sun Ho (Jung Jinyoung) uses his skills for deception when he steals illegal money to pay for his guardian’s cancer surgery. He gets caught by the police and faces possible prosecution. After getting a second chance, he meets judo fighter Oh Kang Hee (Krystal) and falls in love. Her career path is in law enforcement. Kang Sun Ho actively pursues her all the way to the Police University and enrolls as a student.

B1A4 and f(x) wouldn’t be the same without the dynamic presence of Jinyoung and Krystal, respectively. Jinyoung debuted in 2011 while Krystal debuted in the early 2000s in commercials and later debuted as part of f(x) in 2009. They made such a big impact in K-pop that acting careers came calling too. Jinyoung and Krystal moved away from actively promoting music for the time being, but their films and K-dramas have never been hotter. They are a powerful force in “Police University” as a model campus couple. 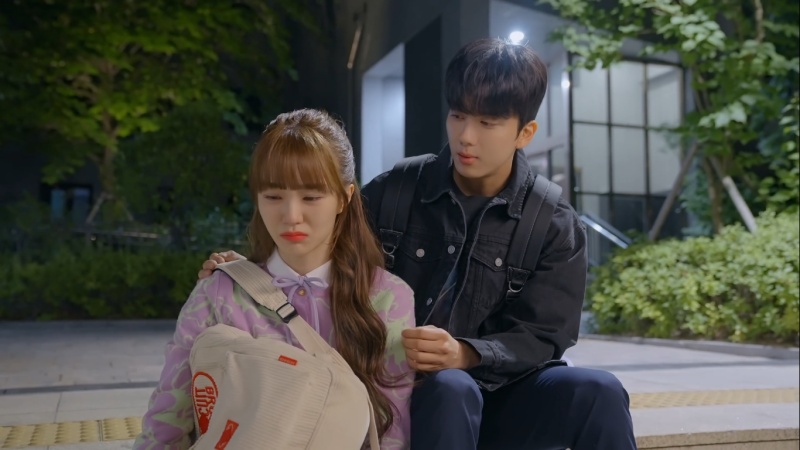 In “Mimicus,” students attend a famous performing arts school that talent agencies have their eye on, but mimicking is a big problem for two students. A JJ Entertainment star bears a striking resemblance to an average student at the school. The JJ Entertainment star Ji Soo Bin (Kim Yoon Woo) has been raised by his mom to mimic his peer Han Yoo Sung (Yoo Young Jae). This leads to anger and jealousy between the two teenagers. On a lighter note, Han Yoo Sung starts crushing on fellow classmate and popular YouTuber Shin Da Ra (Nana). They are friends who form a bond due to mutual interests and compatible personalities.

Yoo Young Jae and Nana both have solid K-pop roots! Yoo Young Jae debuted as part of B.A.P in 2012, while Nana is the leader of woo!ah!, who debuted in 2020. The pair shows viewers a cute example of puppy love in the series. 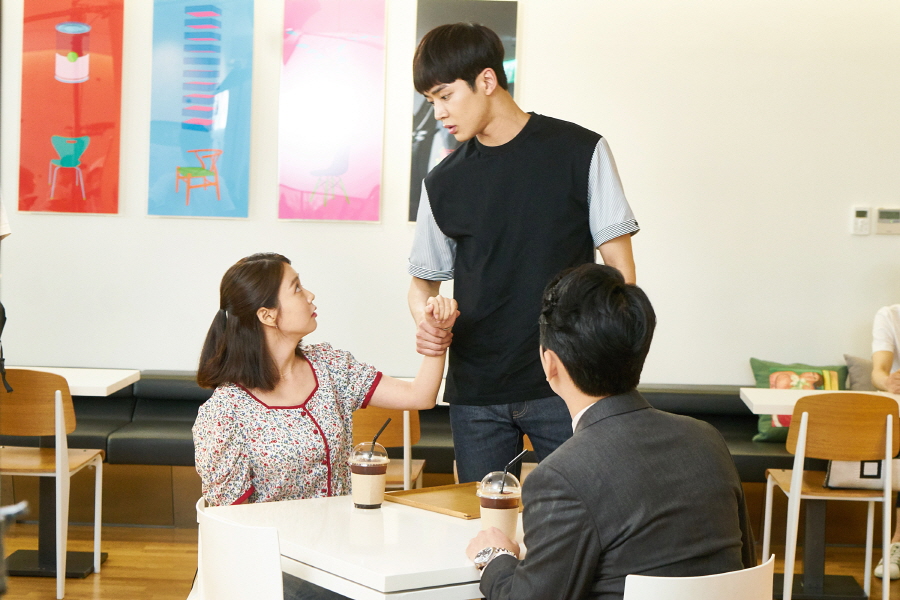 Michaela Choi (Lee Sung Kyung) has the ability to see people’s life spans, but a car accident with Lee Do Ha (Lee Sang Yoon) halts her life clock. She is determined to live life to the fullest and extend her own time on earth by sticking by Lee Do Ha’s side. Choi Wi Jin (Rowoon) is the brother of Michaela Choi. He falls in love with her best friend Jeon Sung Hee (Han Seung Yeon).

Many know Rowoon and Han Seung Yeon best by their participation in the K-pop groups SF9 and KARA, respectively. Rowoon debuted in 2016 while Han Seung Yeon is his senior in the music industry by debuting in 2007. They made the small screen so much prettier with their heart-fluttering love line in “About Time”! 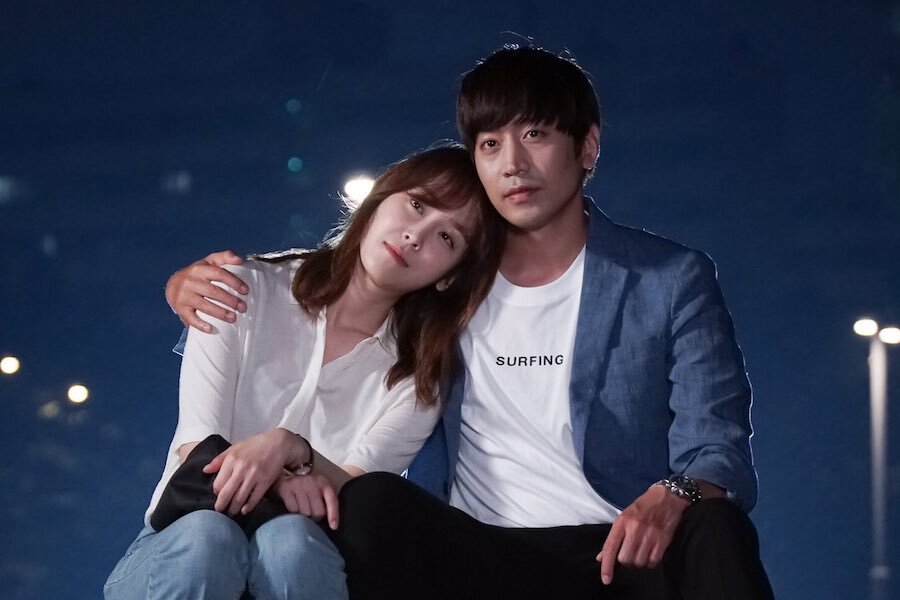 After being dumped by his fiancée Oh Hae Young (Jeon Hye Bin), Park Do Kyung (Eric Mun) learns that Oh Hae Young (Seo Hyun Jin) is getting married. Unaware that there is another woman who shares the same name as his ex, he ruins her husband-to-be’s business. The result is her being dumped right before her wedding. The two Oh Hae Youngs’ and Park Do Kyung’s lives become even more complicated when he continues to see visions about the future.

Eric Mun is best known as a member of the legendary group Shinhwa, who debuted in 1998, but Seo Hyun Jin also rose to music stardom as a member of M.I.L.K. in 2001. Eric is still an active member of Shinhwa, while M.I.L.K. disbanded just two years after their debut. Both idols found their places in the acting world and shine as the unexpected couple in “Another Oh Hae Young.” 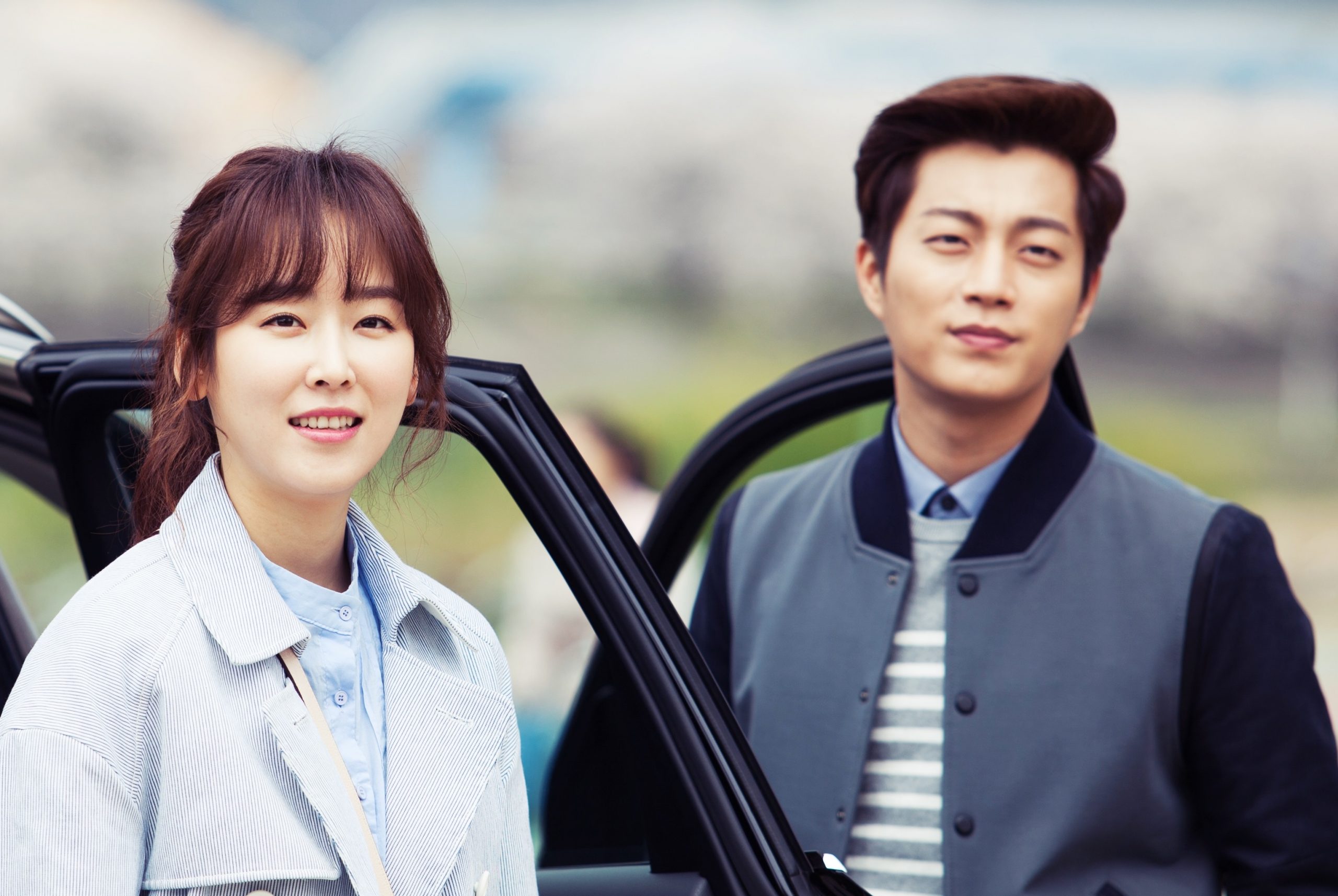 New food awaits Goo Dae Young (Yoon Doo Joon) in the second season of this popular series. Goo Dae Young moves into a new building, and he becomes neighbors with former classmate and freelance writer Baek Soo Ji (Seo Hyun Jin). They discover new food and fondness for each other by clashing on meal choices. He is a food expert while she has been making meals for herself for a decade.

In 2009, Yoon Doo Joon debuted as the leader of BEAST and remained with the group under their new name Highlight. The group’s name changed when the members moved to a different entertainment agency. And of course, Seo Hyun Jin found fame with M.I.L.K. for a few years before her acting career. The two make a great foodie pair in an entertaining K-drama! 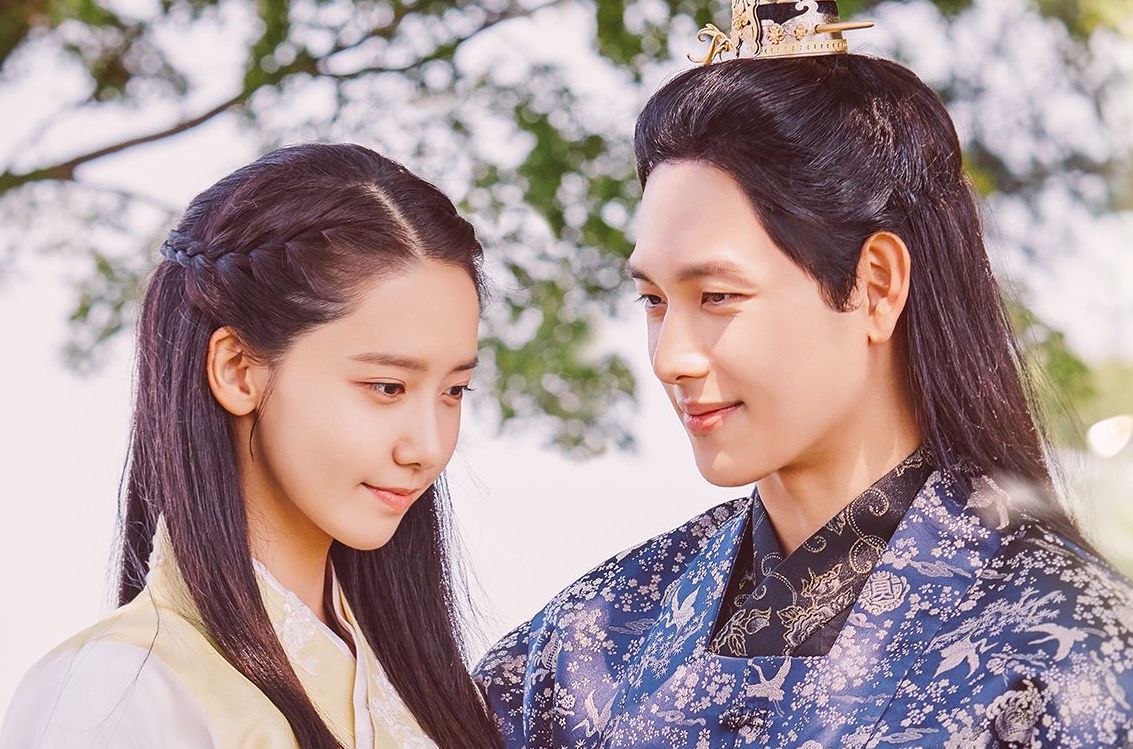 Set in the Goryeo Dynasty, Crown Prince Wang Won (Im Siwan) and his bodyguard Wang Rin (Hong Jong Hyun) are best friends. However, the prince’s lust for power and love becomes apparent when they both fall in love with Eun San (YoonA). The woman who is of noble birth threatens their strong friendship and career ambitions for the future.

While Im Siwan wowed fans as a member of ZE:A, YoonA took over the K-pop music charts with the popular girl group Girls’ Generation. She made her debut in 2007 and expanded her successful entertainment career to include acting. Im Siwan and YoonA are a lovely pair in this historical drama and make viewers believe in true love. They are picture perfect together!

Which idols’ K-drama tops your must-watch list? Let us know your thoughts in the comments below.