Kim In Kwon And Cha Chung Hwa Are Polar Opposite Helpers Of Grim Reaper Kim Jung Hyun In “Kokdu: Season Of Deity”

Kim In Kwon and Cha Chung Hwa will transform into the best duo of the afterlife in “Kokdu: Season of Deity”!

MBC’s “Kokdu: Season of Deity” is a fantasy romance which tells the story of a grim reaper named Kokdu (Kim Jung Hyun) who comes down to this world to punish humans every 99 years. Kokdu meets Han Gye Jeol (Im Soo Hyang), a doctor with mysterious abilities, and starts working as a visiting doctor.

The drama has newly released the first stills of Kim In Kwon and Cha Chung Hwa in their roles as Ok Shin and Gak Shin, two half-human half-gods who assist grim reaper Kokdu, the god of the underworld.

Kim In Kwon’s character Ok Shin is a half-god of greed, who is constantly chasing down money. As a master of all things money, he enjoys all the benefits of his formidable head position at Bulhwa Group, one of the top 10 chaebols in Korea. However, the purpose of his existence is merely to serve Kokdu, who has the ability to instantly make him feel small.

Since all his attention and senses are geared towards money, Ok Shin is clueless and has no tact. As a result, Ok Shin always ends up acting in ways that set Kokdu off, losing face each time. However, until the Creator’s curse on Kokdu is lifted, the two are fated to endure these harsh days together – but Ok Shin thankfully has his smart partner Gak Shin to put the brakes on for him and create peace in the trio. 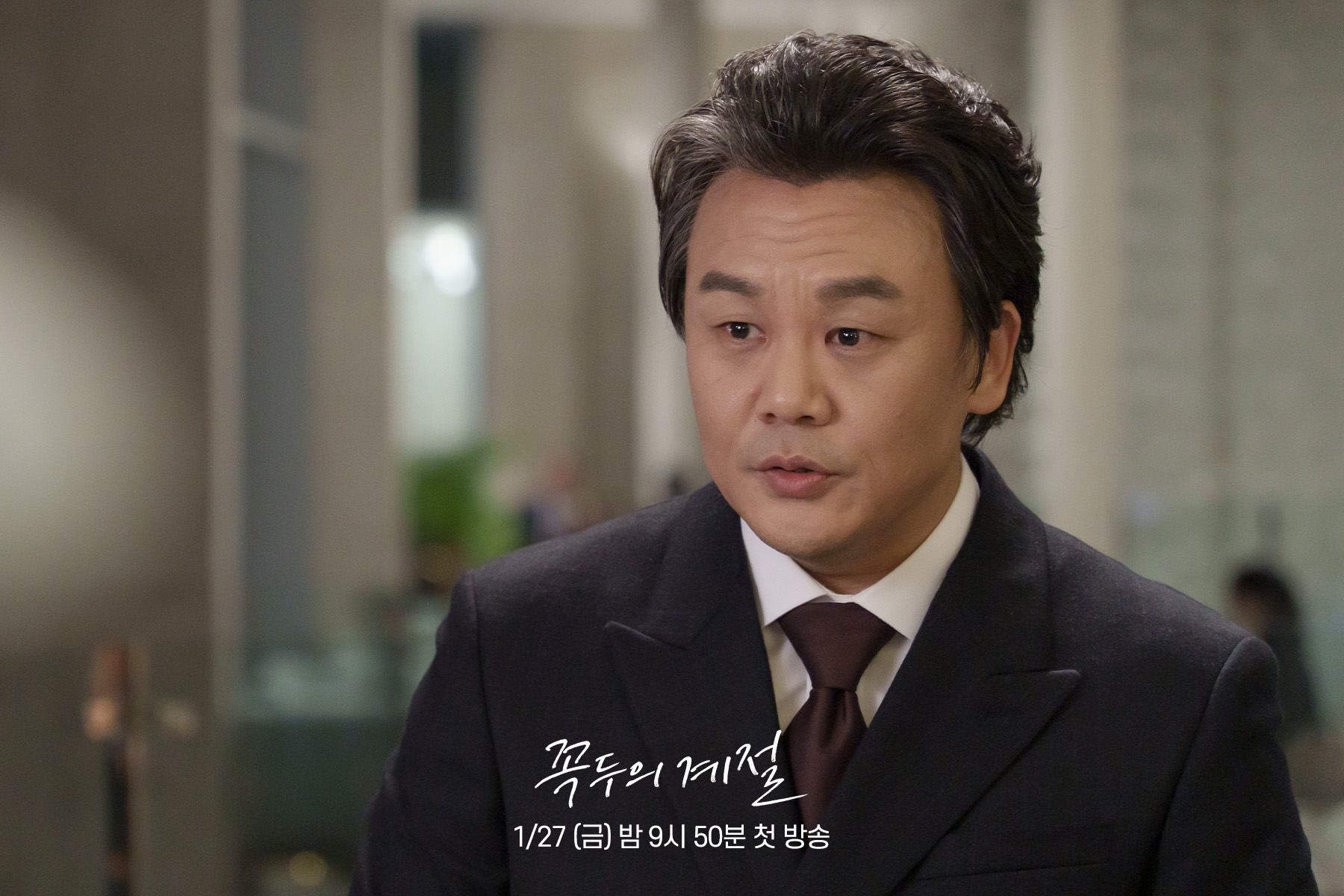 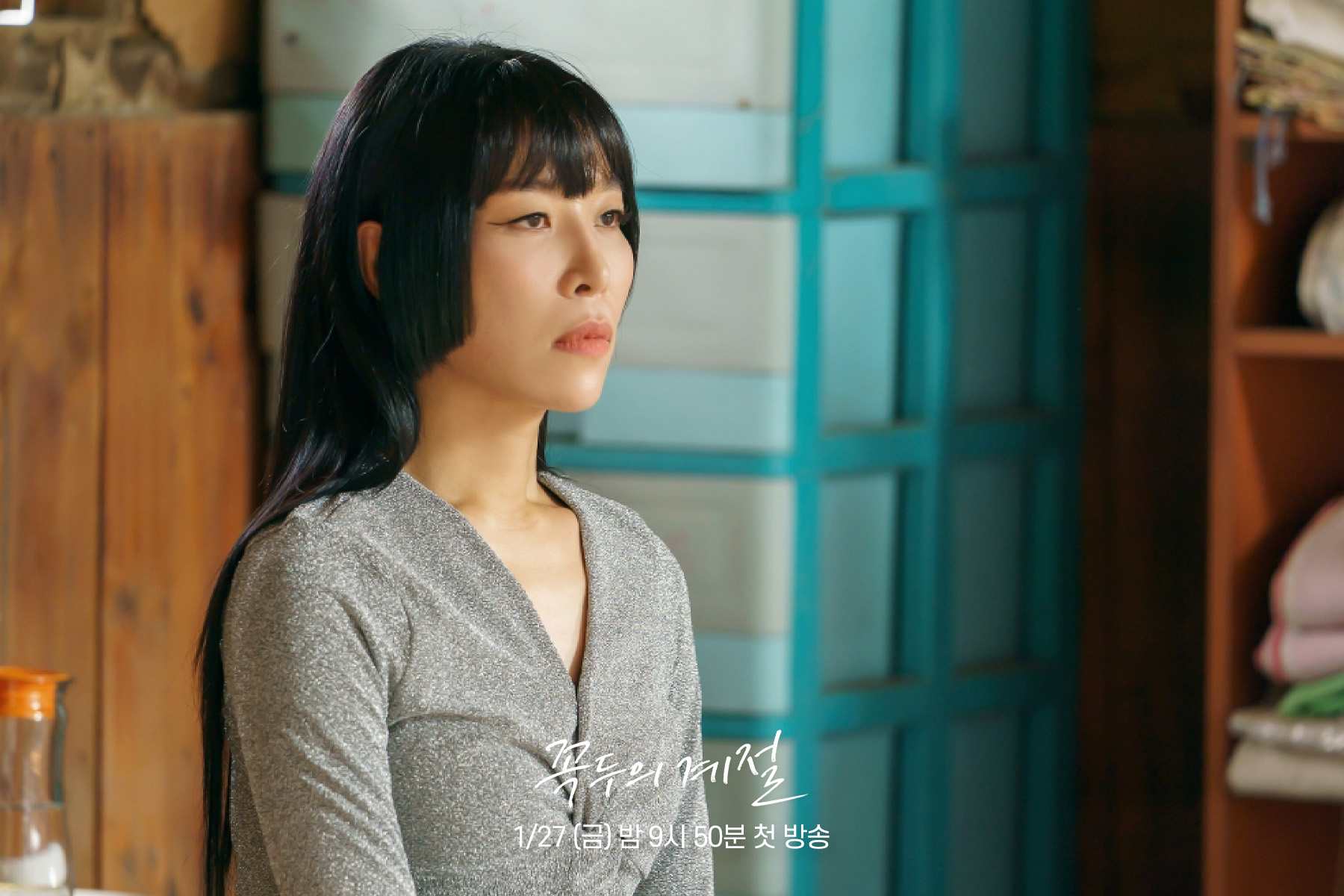 Unlike Ok Shin, Cha Chung Hwa’s character Gak Shin is a half-god of rumors who is more quick-witted, intuitive, and sensible than anyone else. She is a true power who has the key to every single rumor in the world but is also cold and insensitive at all hours of the day. The only time the Gak Shin grows warm is when she’s doing something for Kokdu.

In an attempt to wash away bad karma, Gak Shin follows the Creator’s command and begins helping Kokdu, but she begins to feel an indescribable pity for Kokdu who has grown to forget the reason behind all his suffering. As a result, she has frequent outbursts of frustration at Ok Shin whose lack of sense makes him unable to kiss up to Kokdu. Stay tuned to find out how Gak Shin got herself tangled in Kokdu’s troublesome fate.

The contrast between Ok Shin and Gak Shin is depicted in the still of both of them, where Gak Shin stands tall in a luxurious outfit while Ok Shin cowardly hides behind her and sneaks glances at their surroundings. 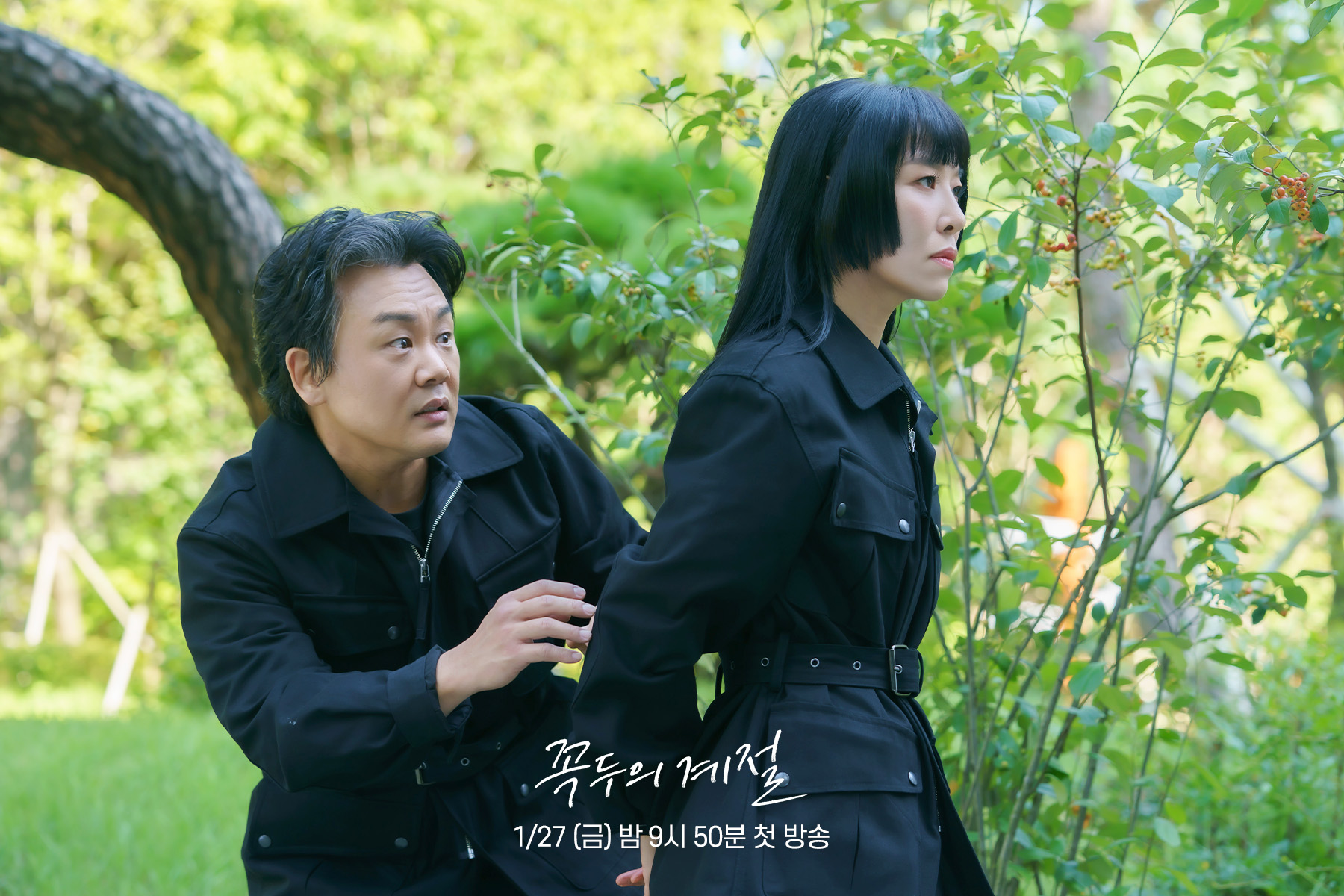 MBC’s “Kokdu: Season of Deity” premieres on January 27 at 9:50 p.m. KST and will be available on Viki. Watch a teaser here!

In the meantime, check out Cha Chung Hwa in “Mr. Queen“:

Kim In Kwon
Cha Chung Hwa
Kokdu: Season of Deity
How does this article make you feel?