Kim Young Dae and Kim Woo Seok will launch a full-scale investigation on the next episode of MBC’s “The Forbidden Marriage”!

Based on the web novel of the same name, “The Forbidden Marriage” is a romance drama starring Kim Young Dae as King Yi Heon, who falls deep into despair after the death of his wife and ends up prohibiting marriage in his kingdom. Seven years after the loss of his wife (played by IZ*ONE‘s Kim Min Ju), who was then the crown princess, he comes across a con artist named So Rang (Park Ju Hyun) who claims that she can be possessed by the late princess’s spirit.

On the previous episode of “The Forbidden Marriage,” Yi Heon and Lee Shin Won (Kim Woo Seok) learned about the existence of a kidnapping ring that was responsible for the disappearances of multiple women in the area. However, even after they became aware of the ring, both So Rang and Hae Young were kidnapped at the very end of the episode.

In newly released stills from the upcoming episode of the drama, Yi Heon and Lee Shin Won set out to uncover the truth behind the kidnapping ring and to rescue the women who have been taken. Their quest leads them to the highest ranks of the ring—but alarmingly, neither So Rang nor Hae Young are among the captured women they find there. 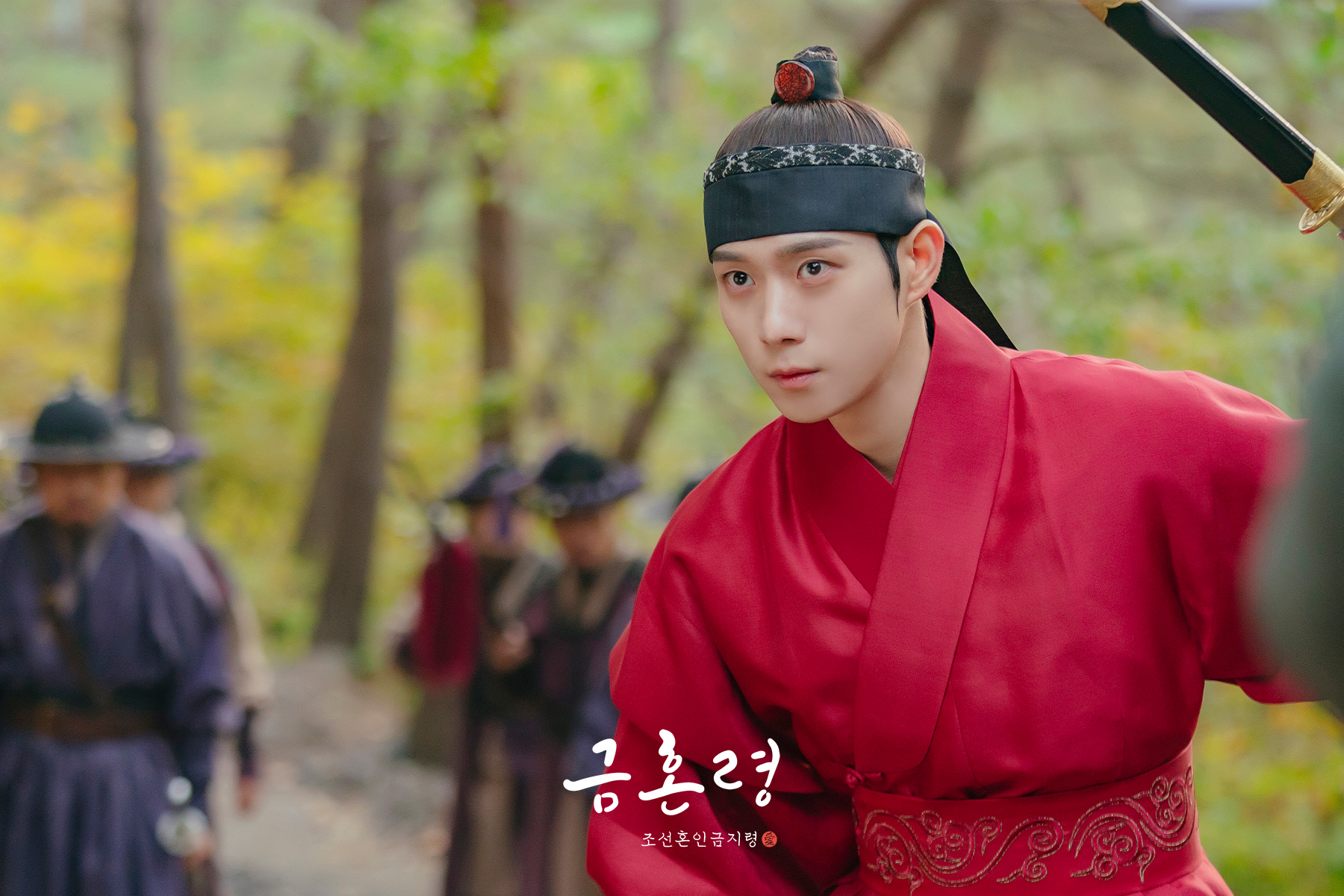 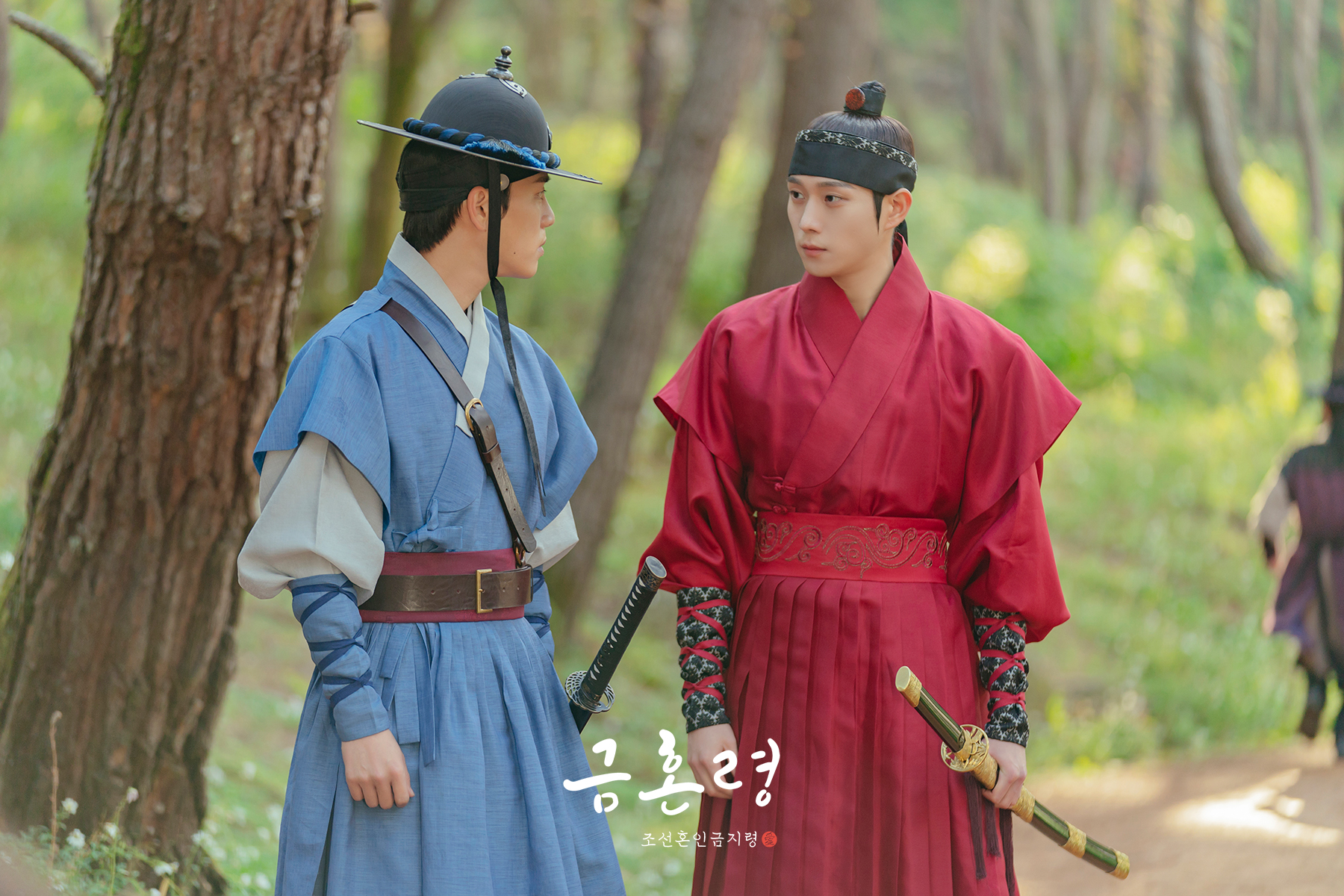 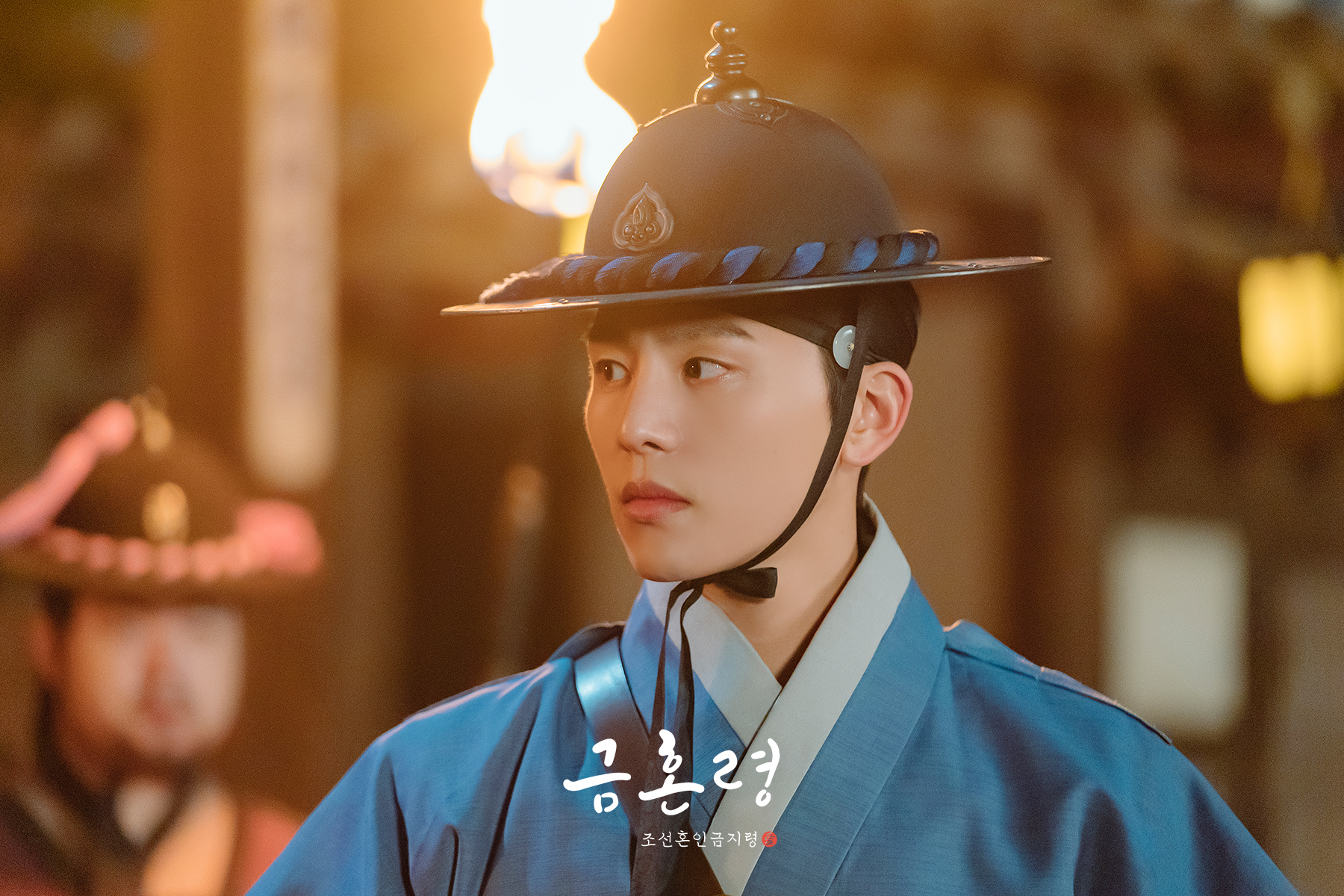 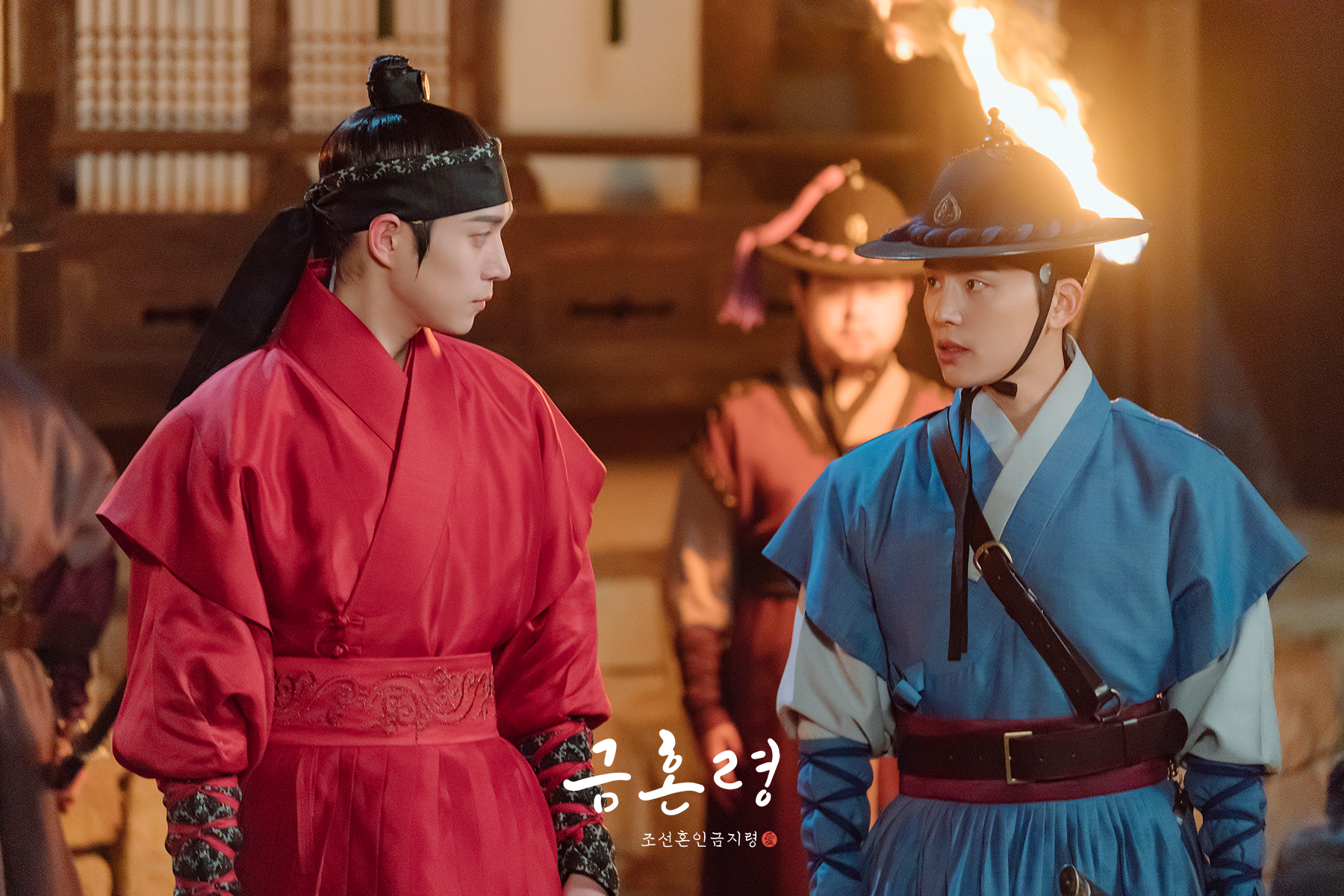 To find out whether the men will succeed in rescuing So Rang and Hae Young, tune in to the next episode of “The Forbidden Marriage” on January 6 at 9:50 p.m. KST!

Kim Young Dae
Kim Woo Seok (1994)
The Forbidden Marriage
How does this article make you feel?