BIGBANG’s Taeyang and BTS’s Jimin have made their debut as soloists on Billboard’s Hot 100!

On January 24 local time, Billboard announced that Taeyang’s new single “VIBE” featuring Jimin had entered the Hot 100 (its weekly ranking of the most popular songs in the United States) at No. 76, making it both singers’ first entries on the chart as soloists.

Congratulations to both Taeyang and Jimin! Read more about their achievements on the Global Excl. U.S. chart in our original article below:

It earns both artists their first career solo entries on the chart.

On January 24 local time, Billboard revealed that Taeyang’s new single “VIBE” featuring Jimin had debuted at No. 9 on its Global Excl U.S. chart, which ranks songs based on streaming and sales activity from over 200 territories around the world (excluding the United States).

Notably, the song’s debut marks both Taeyang’s and Jimin’s first time entering the top 10 of the Global Excl. U.S. chart as soloists. 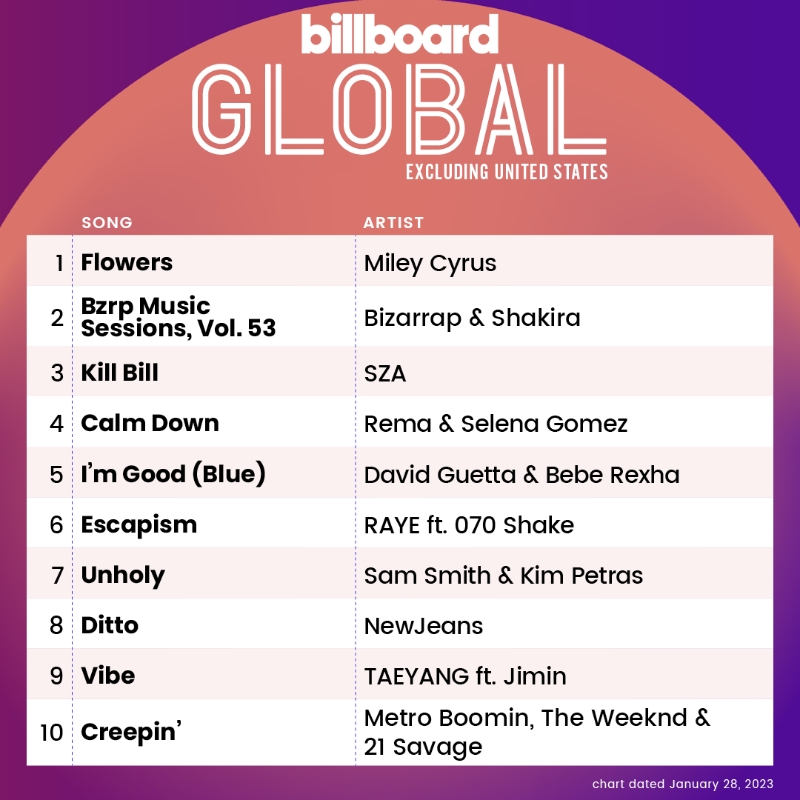 Congratulations to both Taeyang and Jimin!

BTS
BIGBANG
Taeyang
Jimin
How does this article make you feel?