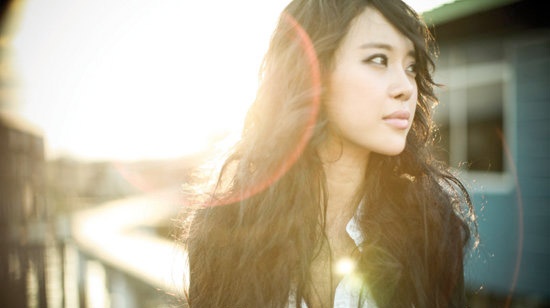 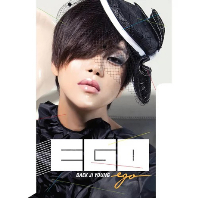 Baek
Ji Young collaborates with 2PM’s Taek Yeon to bring us dance music. The
new dance song “Candy On My Ear” is a Europe style electropop song.
Prior to her fame as one of Korea’s top balladeer, Baek Ji Young
debuted as a sexy dance queen. She’ll take this opportunity to show off
her charismatic stage presence and dance through this song. 2PM’s Taek
Yeon (nicknamed as “Beast Idol”) who is featured on this song, will
also be appearing in the music video and performing on stage with Baek
Ji Young, capturing all the idol fans with his manly voice. Composer
Bang Shi Hyuk composed hit songs such as “Like Being Shot By A Bullet”
and “Is Love A Crime?” which proved Baek Ji Young’s capability of
singing ballads with her sorrowful voice. Bang Shi Hyuk became known
recently for composing 3 hit ballad songs. However, he’s better known
for composing dance songs for famous singers like Bi/Rain, Park Jin
Young, Uhm Jung Hwa and Banana Girl, which he has done for the past 12
years. Director Kwan created the music video, which incorporates unique
video art. Director Kwan is well known for his one-act movies, music
videos and advertisements/commercials, in which he won several awards
for.

Mighty
Mouth debuted in 2008 and brought us new patterns of hip hop music
through their hit songs like “I Love You”, “Energy” and “Family” off
their 1st full album. Mighty Mouth created this new mini album with the
help of Lee Hyun Do, which has great composition and excellent musical
sense. This mini album also consists of trendy and upbeat bokgo (disco)
sounds that are all incorporated to Mighty Mouth’s music style. The
main reason for Mighty Mouth’s huge popularity is partly due to many
famous singers featuring in their songs, which can be seen as a great
advantage. However, they’ve received much love from music fans for
their great and easy to follow rapping style and most importantly, for
music producer Choi Min Hyuk’s thorough planning of the hip hop duo.
Like Mighty Mouth’s past album and singles, this mini album continues
to feature many famous singers, but this album as a whole is made up of
the 2 member’s rapping and melodic and trendy music. The title song
“Crash Course In Love” has a trendy and electro hip-hop beat that
blends well with Mighty Mouth’s rapping and sensual melody. The song
also features top star Han Ye Seul’s charming vocals, which doubles the
enjoyment. In addition to the title song, there are two new rookie
singers who’ve contributed to this mini album–IU featured in the song
“Wishful Thinking” and Enne featured in the song “Happy Person”.
Similar to “Crash Course In Love”, these two songs carry a fast tempo
and impressive beats. The song “Wishful Thinking” was created using a
synthesizer and has a unique melody that was popular in the 90s. Two
songs that are complete opposites of the three mentioned above are
“Miss U” featuring Baek Ji Young and “Why” featuring K.Will. These two
songs showcases Mighty Mouth’s rapping skills clearly.

Received
much love with her special remake album last year, Park Hye Kyung
finally returns with her awaited 7th album. Park Hye Kyung personally
contributed to this album by choosing the songs and adding her
favorite beats and sounds. This album also comes with an art book that
introduces Park Hye Kyung’s natural and comfortable lifestyle as well
as pictures of her cats. This album continues to show her cheerful
vocals in the stories she tells through her songs. The biggest charms
to her songs are the well-matched lyrics that go along with the
melodies. The title song is High Heels which reflects the feelings of
women. Overall, this album is filled with songs that bring happiness to
people.

8Eight (single) – No One Cries Because They Want To (released)

8Eight
and Dynamic Duo collaborates to bring a new version of the song “No One
Cries Because They Want To”. Dynamic Duo worked together with 8Eight’s
member Joo Hee last year for their single “Gone”. This new version was
rearranged to bring out more of a rock and R&B style. The song is
receiving good responses on online music charts without much promotion.
Rapper Baek Chan, who is known mostly for his rapping skills, will be
showcasing his vocals through this song while Dynamic Duo fills in his
spot for the rap parts. 8Eight debuted in 2007 through a singing show
called “Show Survival”, which made them popular for their powerful
vocal skills. Shortly after, their songs topped online music charts.
This digital single includes a documentary clip that shows their
passion for music and the music video will show pictures and clips of
the group members. The piano version of the song “Goodbye My Love” is
also included in this digital single.

Credits to purpletiger86 for translations