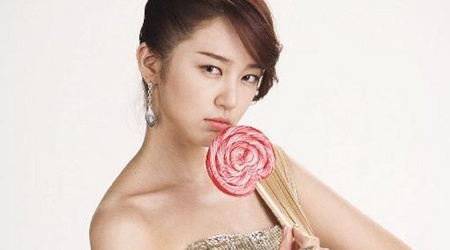 Yoon Eun Hye (윤은혜) has been around since 1999. Swaggering in and out of the spotlight, she never fails to impress anyone. Yoon Eun Hye is a former member of the former Idol group Baby V.O.X, in the 6 years they were around, Baby V.O.X was very successful, and was how Yoon Eun Hye started her career. Yet, Yoon Eun Hye is also an actress (and a model). Her first drama was in 2006, entitled Princess Hours. Fans questioned her acting ability, which lead to controversy. Yet Yoon Eun Hye didn’t cease to amaze everyone, with the drama ending with a rating of 28.3% nationally. After Princess Hours ended, she continued on in 2 more dramas, The Vineyard Man and The 1st Shop of Coffee Prince. They both were very successful. She eventually took a break from her careers in 2007, yet now it’s 2009. So where is Yoon Eun Hye now? Starring in the new drama, My Fair Lady.

Yoon Eun Hye announced her comeback earlier this year, and My Fair Lady which has changed it’s name THREE times so far, finally premiered on August 18th with a 17.4% viewership. Yoon Eun Hye, plays the roll of a spoiled and arrogant princess. She was, as always, criticized again. Netizens supposedly claim there was a miscasting, but how can you judge by a first episode? You simply can’t, but they continued on to say, “I think I expected too much.. It seems that it did get (worse) than
better”, “I think she lost the feel after resting for 2 years. It was
awkward”.

Yoon Eun Hye also performed an up-tempo song for the drama, entitled ‘Dash Girl’, other singers featured in the OST include Davichi and Yoon Sang Hyun. With the premiere of My Fair Lady, which is also touted as the female version of Boys Before Flowers, also received sponsership from the American-Korean brand Forever 21. It was announced that Forever 21 was going to be the main sponsor for
Yoon Eun Hye, Moon Chae Won and other main female characters in the
drama. It’s most likely expected that Yoon Eun Hye’s fashion showroom in her lady
castle will also be filled with Forever 21. Yoon Eun Hye has also been busy promoting herself through various photoshoots recently. Some of the photo shoots she’s been in include, Nylon, Vogue Girl, Joinus, W Magazine and Bazaar.