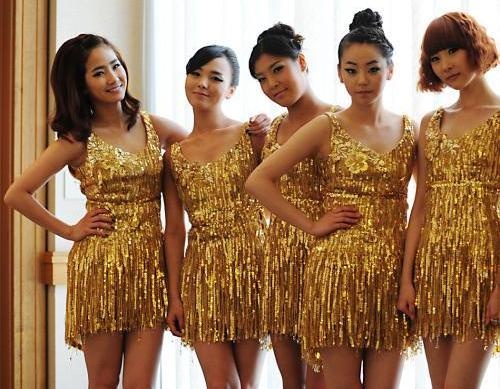 The girls have started their concert tour from Portland with American band Jonas Brothers since 27th June and have ended 46 concert performances on the concert tour on 31st August.

And many asked when will their Korean comeback be.

Their producer Park Jin Young wrote on his Twitter account on 2nd September, together with an uploaded photo of him eating ramyun with the WonderGirls, saying “On our way back to New York”. And currently Park Jin Young is working on group 2PM’s comeback 2nd album set to be released in October.

Meanwhile, many fans are curious what is the group’s next step after
ending their American concert tour and with the news of them doing a
concert in China – and when they will be back to Korea to meet their
Korean fans.

WonderGirls talks about their lifestyle in America during their American advance.

The girls have ended their concert tour with the Jonas Brothers last
month, they said, “We are very happy to be on that big stage with Jonas
Brothers and we enjoyed every day.”

And when asked about the difference between Korea and America, they
said, “Korea is smaller, over here the place is so big you have to
travel by car to go to different places. And because there are not a
lot of people who know us, it is more convenient and comfortable to
move around.”

And when asked if they really cannot do so in Korea, SunYe said, “In
Korea, because many people know us, it is hard to move around. And also
it is okay to do without makeup.”

And when asked about their future plans, the WonderGirls said,
“After our concert tour end, we will end back to New York to work on
our new album. And the album will come out around October-November. And
end of this year, we will do a concert in China.”