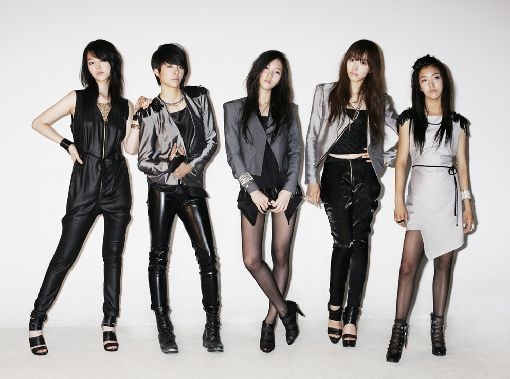 Asia’s
hot icon, F(x) debuts this month with their first digital single,
Lachata. The group consists of Korean members, Suli, Luna, and Crystal,
and Chinese Members Amber and Victoria, making it a total of five
members in this Asia pop dance group. The name is derived from the
mathematical function where depending on x (the girls’ respective
skills and charms), the group’s result will change. The f also
represents flowers while x represents the female’s xx chromosomes.
Their debut number is Lachata which was composed by Kenzie. It has
hip-hop grooves with an electronica tinge to it. The message of the
song is to enjoy life.

In
2006, Lee Seung Chul gained popularity when he released the song, “Shout.” The composer of the song, Hong Jin Young has helped Lee
once again with his title track, “Love Is So Difficult” for this
repackaged album. The song is a soft rock ballad where listeners can
hear his soft yet deep voice.

Bang
Shi Hyuk who is known to make great songs for many artists has once
again created another hit song, “30 Minutes Ago.” The performer of this song
is Lee Hyun, who is also the leader of the group 8eight. The song seemed perfect
for Lee who is known for his emotional vocals.

Loveholics
which consists of leader Kang Hyun Min and movie-music producer,
Lee Jae Hak, are finally releasing their first album which features sixteen
singers’ great vocals. The album consists of songs ranging from sadness
to hope. The album starts off with “Raining” which features Christina’s
vocals to “Message from Tokyo” which features Japanese band, The Indigo’s
Miki’s vocals.

T-Max,
which consists of three boys prettier than flowers has released a song
called I Want. Through this song, the group is to be the second
musician to take part of the Love Parade project. Last year, the group
took part in the popular Boys Over Flowers soundtrack with the song,
Paradise. The song “I Want” shows all the members’ charms; they
each showcase their sweet vocals and rap.

Rumble Fish (single) – My Love By My Side (released)

Rumble
Fish returns with a single My Love By My Side. The song is actually a
remake sung for the movie of the same title. Despite it being a remake,
the band is able to show their own style and colors while still
bringing out the original sad mood.

Veteran
singer, J who has skills and charms that no one can follow returns
between the summer and fall season with a new digital single album,
Dream Catcher. This year, it will be J’s 11th anniversary as a singer
and before releasing a new album in October, she has released this
single album. The first track is “Dream” which is a dance track with
piano and electronica sounds. The title track is “Saying That I Love You”
which features Alex of Clazziquai. It is a love song of the ballad
genre.