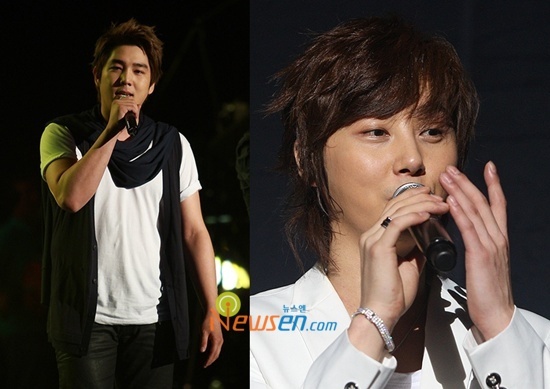 KangIn in Trouble Again with DUI and Hit and Run

KangIn of Super Junior was charged for fleeing after a drunk driving accident on October 16, exactly one month
after his assault case September 16.

ShinHwa member Shin HyeSung was also fined for gambling on 5 occasions up to a large gambling sum in Macau.

This is definitely a bad year for the boybands in Korea.

KangIn was drunk driving at 3am on October 16,
and ran into a stationary taxi. After that he had got out his car
and ran off. KangIn turned himself later in at 8.50 am at the KangNam police
station. Six hours after the car accident, his blood alcohol level was at
recorded 0.082%.

It is said that KangIn will be going back to the police station for further investigation in the afternoon.

Apparently, Shin HyeSung gambled on 5 different
occasions from April 2007 till July 2007 at a hotel in Macau, gambling
up to a sum of 140 million KRW.

These are not isolated cases in the KPop boyband world. If you have been keeping up with the news, this year has also brought…

Many are wondering when will all these unfateful events end for the boybands in 2009.