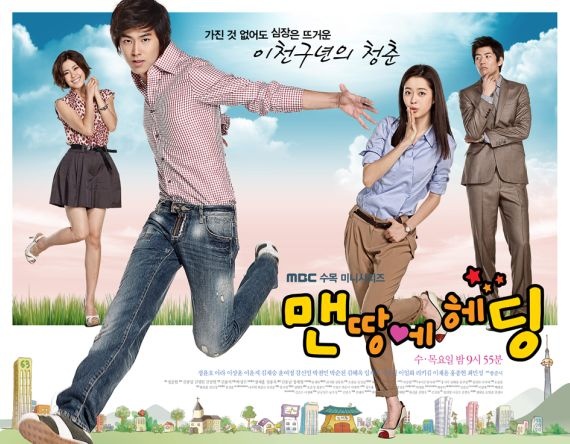 Heading To The Ground Cut Again

Honestly, this has to suck for Heading to the Ground:
Not only did MBC already cut the broadcast down by several episodes due
to poor ratings, it has made an additional cut. What seems worse (to
me) is the way in which they approached the matter, because viewers
found out from a notice that ran after this Thursday’s episode that
read, “The last episode will air next Wednesday.” Viewers were
surprised to have the show end earlier than expected; this means
there’s only one more episode, and MBC will broadcast a foreign
documentary on Thursday.

The soccer drama starring idol star U-Know Yunho in
his acting debut was initially supposed to wrap on November 12 with
Episode 20. After two episodes were shaved from the series and one
episode was postponed due to sports, the Episode 17 finale was moved up
to November 5 to allow Hero to premiere a week earlier than scheduled. With the additional cut, the drama will now end on November 4 with Episode 16.

Heading to the Ground got off to a rough start with
criticism for its star’s weak acting, which was followed by a slew of
complaints over its confusing storyline that had nothing to do with the
drama’s purported theme of soccer. Its ratings lagged in the 3%-4%
range, and when competitor drama IRIS came along it drove a nail into the coffin; right after IRIS’s 25% premiere, MBC announced the first cut to Heading. You’re Beautiful has held steady with 9%-10% ratings; Heading’s most recent episode drew a 3.7%.

I get that Heading is not performing well, and it sounds
like it’s riddled with flaws, but I do wish MBC would take more care
with its underperforming series. A show may be subpar, but these
last-minute scheduling changes only handicap the series further, and
thus never gives it the chance to be the best version of itself. Then
again, sounds like Heading may just need to be put out of its misery.

Heading To The Ground
How does this article make you feel?